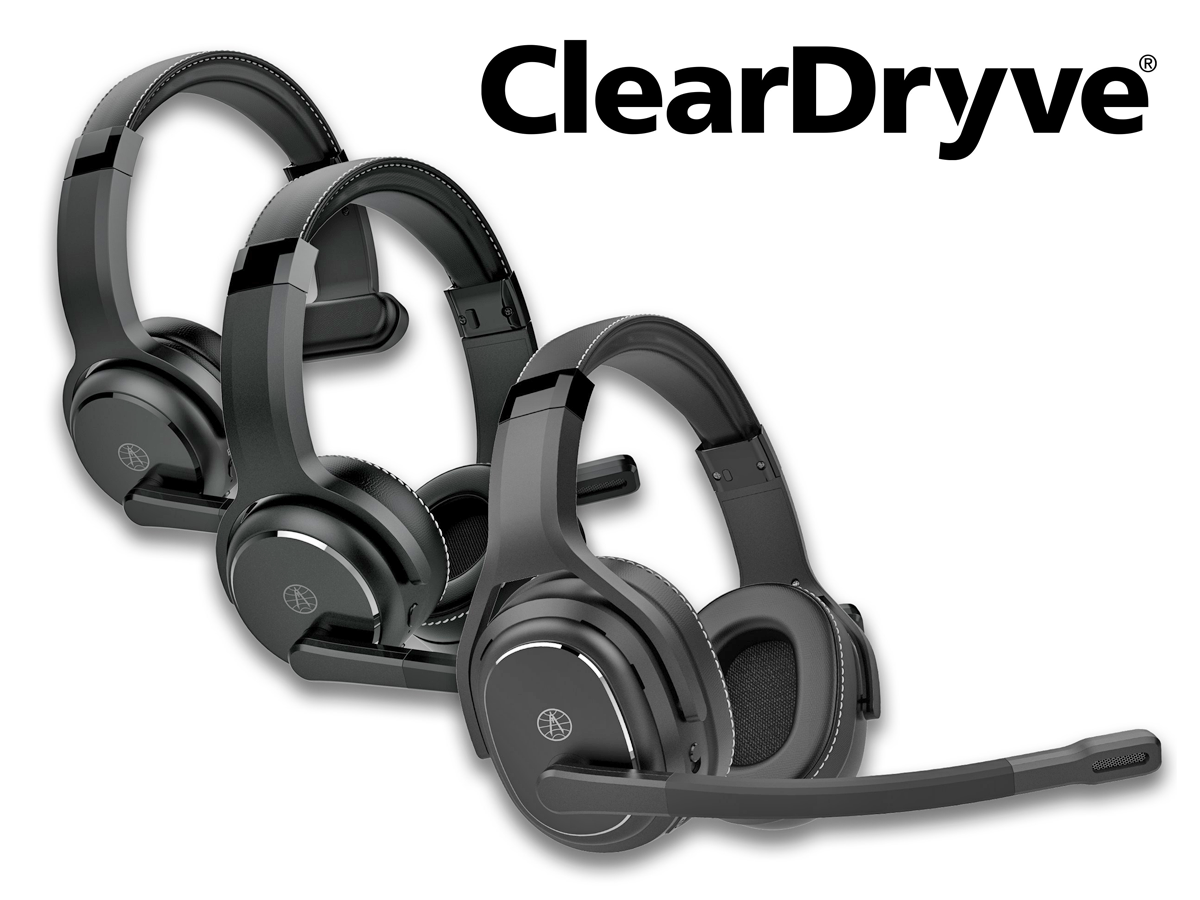 Rand McNally's three new noise-cancelling premium headphones and headsets expand its highly regarded line of ClearDrvyve following extensive road testing and tuning. According to the company, this resulted in an exceptional level of noise cancellation through perfecting the design of the earcups, and noise suppression through the boom microphone. This unique 2-in-1 design provides professional drivers with two high-end products in one.

"We have seen an amazing response to ClearDryve in the past 18 months since we launched the first device, including two CES Innovation Award honors," says Stephen Fletcher, CEO of Rand McNally. "The next three ClearDryve devices we're launching have been fine-tuned even further, with additional features."

The company first launched an over-the-ear model, the 200, in August 2018 followed by a second model, the 180, with on-ear cups, a year later. Rand McNally also sells an entry-level ClearDryve model exclusively in Walmart stores.

The hallmark of the ClearDryve line is the superior noise elimination – cancelling out noise in the earcups for better hearing, as well as blocking outside noise through the boom microphones so calls are crystal clear on the other end. Developed by Rand McNally engineers and designers, in concert with audio experts, the devices block and/or eliminate more than 90-to-95 percent of ambient sound, rivaling far more expensive European headphones, and providing a superior listening experience for drivers at an exceptional price.

"Professional drivers deserve a hard-working headset with exceptional noise cancellation at a decent price," Fletcher says. "The fact that the ClearDryve line enables drivers to also use the devices as high-end headphones, provides even more value."

Multiple microphones and signal processing cancel in-cab noise, enabling clear two-way communication. The pliable boom microphone swings out of the way when not in use and can be muted. With the slide of a button, ClearDryve's active noise cancellation kicks in to tune out ambient noise while listening to music.