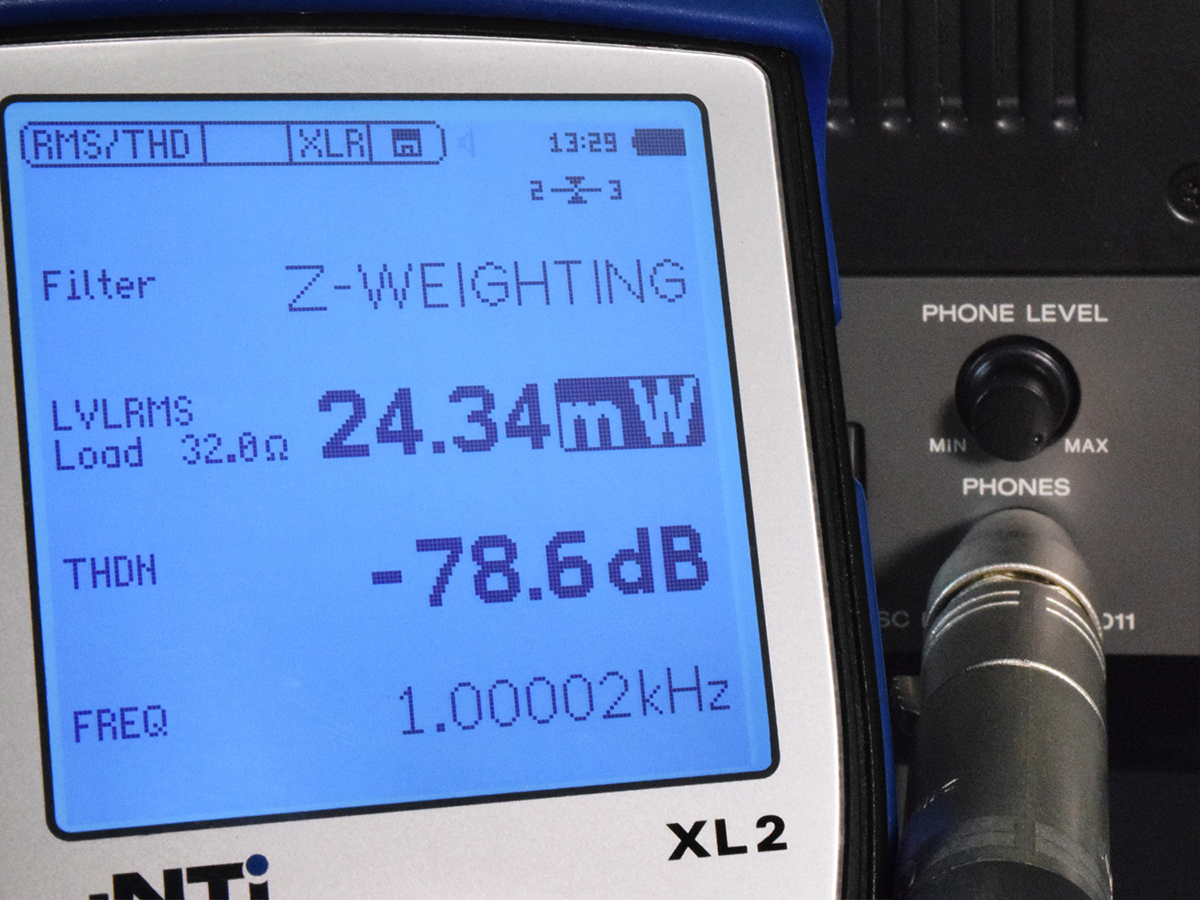 For quality assurance, the maximum output power of an amplifier can be quickly and efficiently checked using the XL2 Audio Analyzer. The user connects the XL2 directly to the amplifier and simply selects the load resistance of the headphone or loudspeaker in the corresponding menu. The XL2 now displays the power output of the amplifier in Watts or dBm. This eliminates the need to convert from the voltage level to the output power; the XL2 Audio Analyzer measures and displays the result clearly on the large display. At the same time, it determines the distortion values (THD + N).

The XL2 is therefore ideally suited for ensuring that power parameters are adhered to in quality assurance, service, and repairs. The measuring device also stores all measurement results for complete documentation of the checks carried out. As  Peter Gantenbein, Project Manager at NTi Audio, reports from his practical experience, "The XL2 Audio Analyzer saves a lot of time in our quality test - in a few seconds, I can precisely determine the maximum output power of an amplifier. The handy gauge simplifies my work in development, manufacturing, and service.” 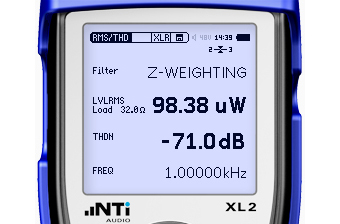 The maximum amplifier power is calculated from the maximum voltage level at the output and the load resistance of the headphone or loudspeaker to be connected. The unit dBm of the power level describes the ratio of the measured power in Watts compared to the reference power of 1 mW. 0 dBm correspond to exactly 1 mW. Typically, the unit dBm refers to a load resistance of 600 ohms.

The XL2 Audio Analyzer offers these power measurements as of firmware V3.23. The maximum output with the XL2 is 150 Watts @ 4 Ohm. All registered XL2 customers receive this feature extension with a free firmware update.

Standards are an integral component of professional measurement technology. They ensure uniform, comparable, reproducible and documented quality. IEC61672-3 deals with "procedures for periodic testing of time-weighting and integrating sound level meters" and is an internationally recognized standard. The current version, from 2013, describes both acoustic measurements, such as noise and frequency, as well as a variety of electrical tests. During the sound level meter calibration the detailed parameters of the XL2 are recorded and compared with the limits specified in the standard.

An essential prerequisite is that the accuracy of all measuring instruments used for each calibration is completely traceable and documented. The procedures for calibration and individual adjustment follow the provisions of the IEC17025 standard for documentation and traceability.

Each sound level calibration is documented in a certificate with a unique number. All the relevant information on the verified XL2 Sound Level Meter and the measuring equipment used are listed. This is followed by the detailed measurement results and the assessment of the test.