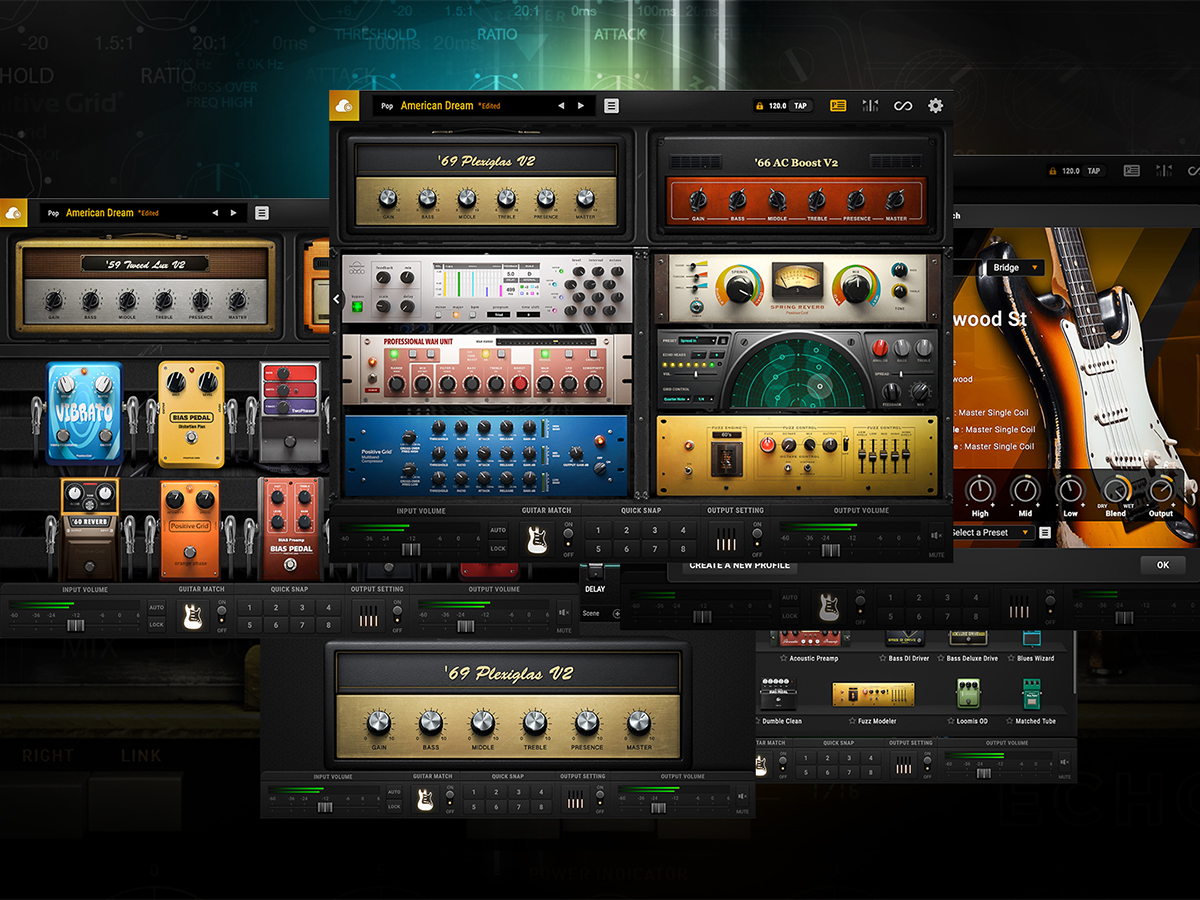 Apart from the hidden pleasures of amassing our own collection of analog stomp effects pedals and rack units, together with the wonders of spending hours connecting the cables and the power supplies to feed all of the boxes, as well as the countless hours trying to discover where that parasite buzz is coming from - not mentioning the fortune many musicians spend over the years collecting all the hardware - today's musicians have lots of alternatives to get exactly all the sounds they might want, either directly from a smartphone or a modern multi-effects modeling unit. But when it comes to the ultimate emulation tools, nothing beats modern software like what Positive Grid created in BIAS FX.

The San Diego-based company, now released the second generation of its own guitar technology software - which can be used for both guitar and bass players - introducing newly developed, exclusive Guitar Match and emulation technologies that virtually turns one guitar into another with startling realism. BIAS FX 2 features an extensive collection of all-new and revamped amps, pedals and rack processors, adding unparalleled depth and width to guitar sounds. And all-new Fuzz, Time and Harmonizer modelers provide unique guitar tones and effects, while a looper and recorder allow new performance capabilities. All with a newly designed interface that makes it easier than ever to access the massive power of BIAS FX 2.

Positive Grid re-engineered its own high-resolution DSP engine, providing unmatched responsiveness and dynamics to faithfully reproduce each player’s unique feel. This powers the 100 new unbelievably accurate amplifier recreations, with tone and dynamics each replicated down to the last glowing tube and precision resistor. Positive Grid was among the first software companies to partner with Celestion to create official simulations of world-class Celestion cabs and support for the company's expanding range of speaker Impulse Responses.

But most impressive is the new Guitar Match emulation capabilities that Positive Grid introduced in BIAS FX 2. The precision guitar emulation transforms an original guitar tone into a collection of legendary models, each precisely recreated down to its pickups, body type and body thickness, with all the parameters available to tweak and generate any unique possible combination. Effectively, this new tool alone can save hours of studio time, when guitar players keep changing guitars (and demand time to tune...), and keep playing with all the knobs in amplifiers and effects, just to realize that they don't remember exactly what they have done before, and finally end up going back to the guitar they feel most comfortable playing in the first place. With Guitar Match, the musicians can perfect their exact tone combination, find what actually works better in the song and style of playing, long before going to the studio.
To understand the basic possibilities, watch this Guitar Match demonstration video: https://youtu.be/kPg-EDEf5K8 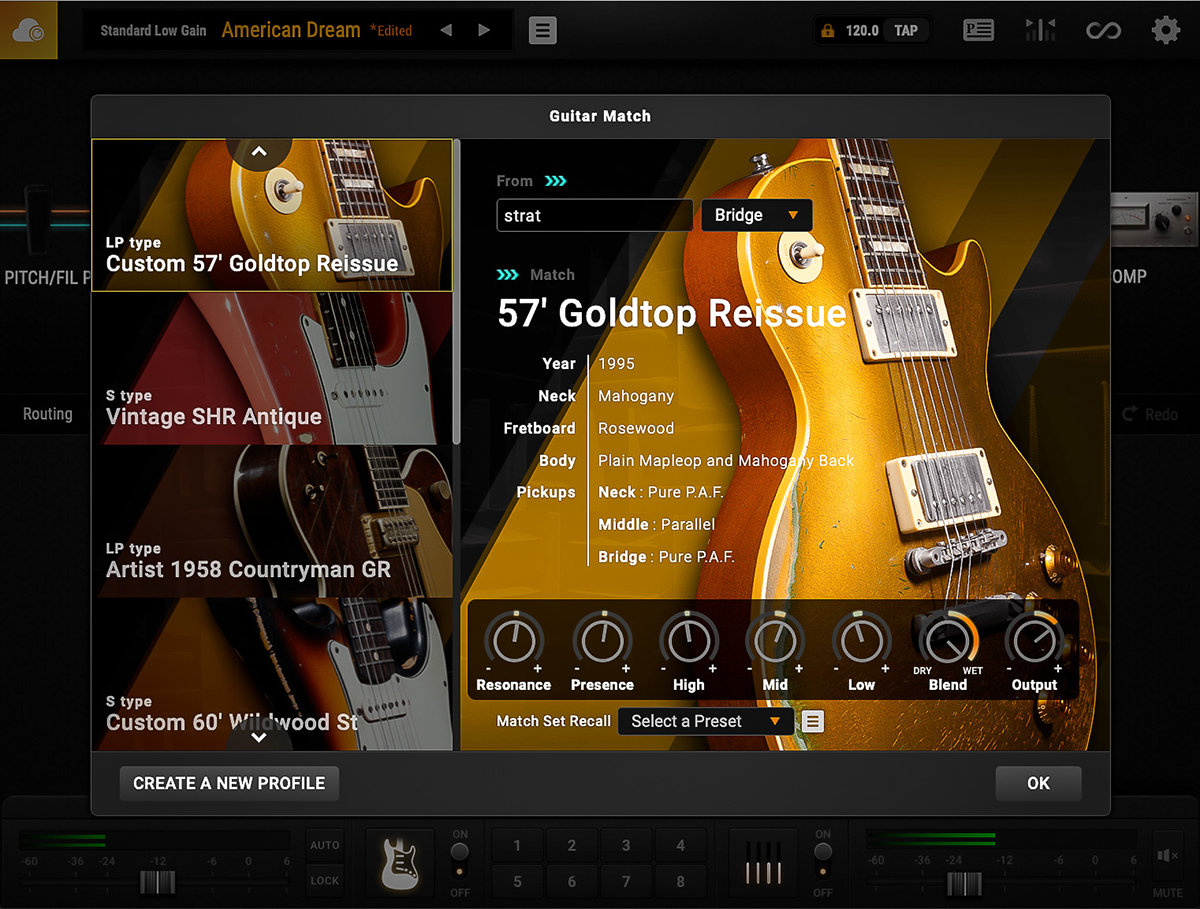 Of course, some players want to focus mainly on the effects chain - and that's understandable. BIAS FX 2 allows having exactly the same sequence of effects for any song or part of the song, without any of the inconvenience of clumsy wire connections and unstable power supplies. But it also allows having things that would be virtually impossible to have with standard effects. And BIAS FX 2 now includes a high-quality Harmonizer, Fuzz and Time modelers plus ten brand-new studio rack processors, including Echo Tape Delay, Tri-Chorus, Tube Compressor, Spring Reverb, Wah, Guitar Synth and more for a total of over 100 new effects.

All this is available in a glorious new and easy-to-use graphic interface, which includes a new preset manager that makes it easy to organize and rapidly search, recall and preview favorite pedalboard setups and switch instantly among them on the fly. Also, like in all current software tools, there's the possibility to access over 50,000 user-generated presets via ToneCloud. And BIAS FX 2 comes with 200 onboard new factory presets created by world-renowned artists, studio engineers and session players. The access to the ToneCloud service was also redesigned, allowing players to find and sort faster than ever using tags and keywords. 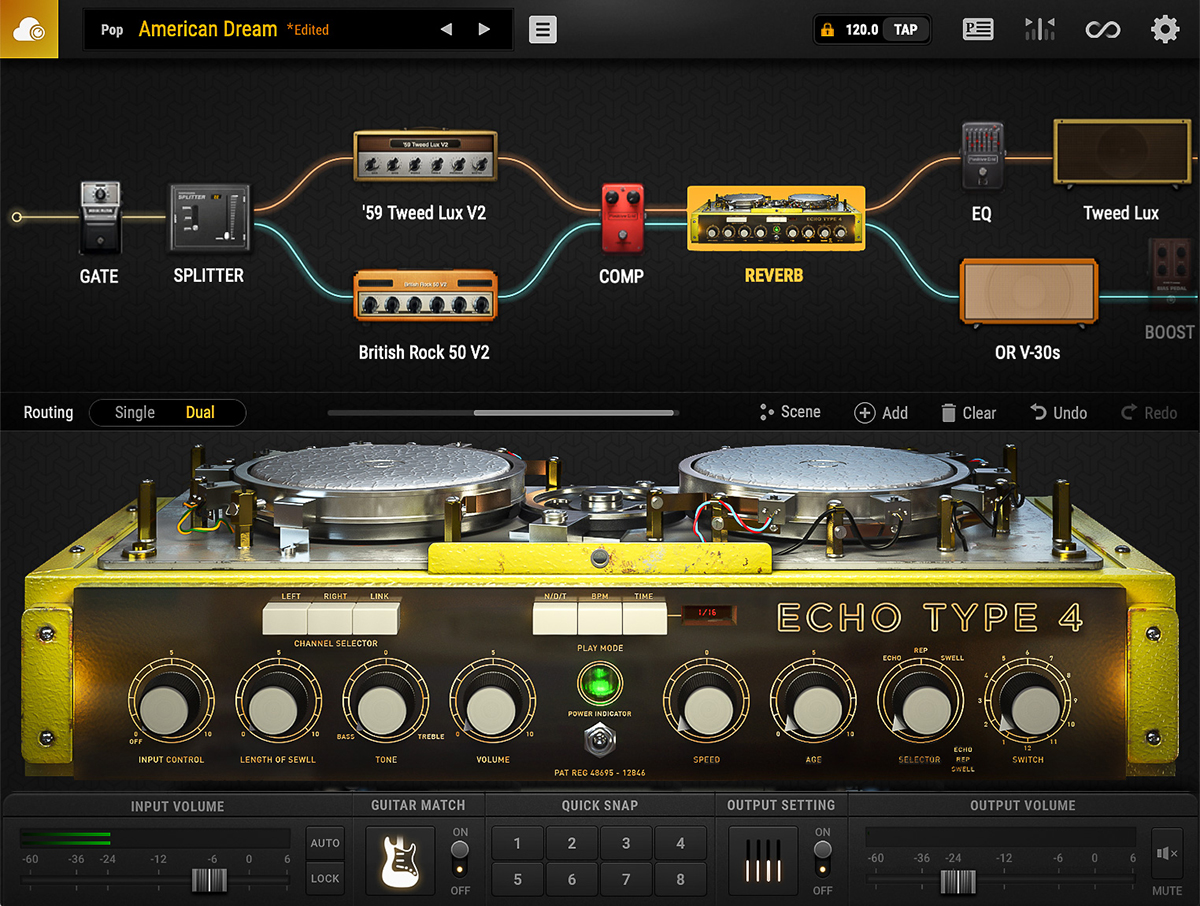 And in order to avoid having too many software tools running at the same time in the computer, BIAS FX 2 now includes a new Looper/Recorder, to quickly record ideas for riffs, vamps and songs with a simple click. Ideal to record a sequence and after that adjust the effects over the exact music phrasing.

For the more demanding perfectionists, the new dual signal path with multiple splitters in the software allows players to cherry-pick parts from two separate amps — their impulse responses, cabs, EQs, even the mics used — and combine them to create a one-of-a-kind hybrid amp nobody else has. Or route two amps parallel to one another and hard pan them to create a freightliner-wide stereo setup with totally different guitar tones in left and right channels.

BIAS FX 2 is available for Mac and Windows as a standalone app and as a plug-in for any DAW, and comes in three different levels so that users can choose the depth of the library that best fits their needs. BIAS FX 2 Standard is available for $99, with the Professional version available for $199. BIAS FX 2's fully equipped Elite version is $299.
www.positivegrid.com
related items