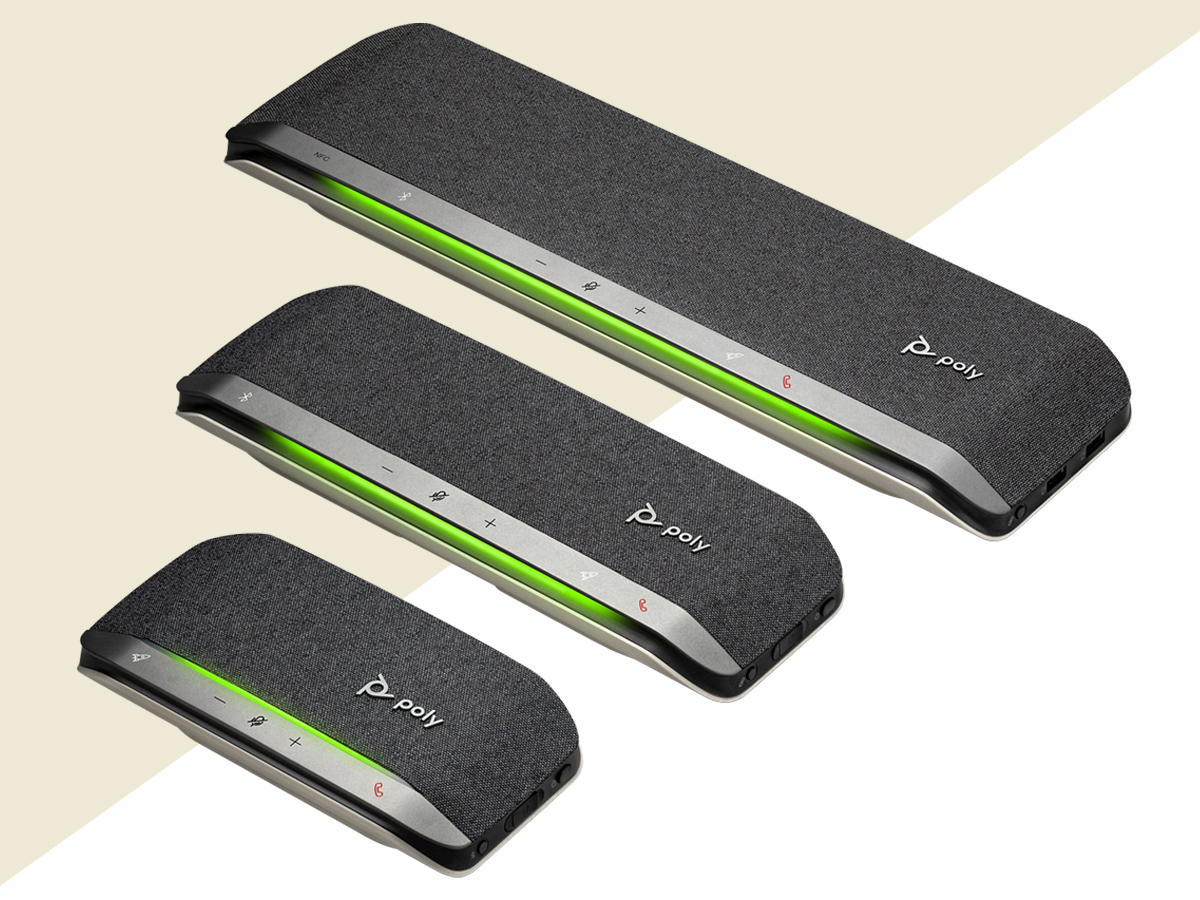 The Poly Sync 20, Poly Sync 40 and Poly Sync 60 speakerphones were designed to enable today's need to work from anywhere – whether that's a remote work location, at home, or a conference room in a shared office or airport lounge. The USB and Bluetooth connectivity options in the new Poly Sync speakerphones offers more flexibility, while its intelligent microphones can easily detect voices throughout the room to enable the best possible audio quality for both work and entertainment. For seamless voice integration, the new portable speakerphones can be also connected to Siri or Google voice assistants and used to check to-do lists or verify the meaning of a word, while typing on the laptop keyboard. And they are also fit to play music, when there's nothing else around, Poly says.

Poly already has one of the largest product portfolios for the Zoom web conferencing platform, and the smallest member of this series, the Poly Sync 20, is among the first to receive Zoom's Personal USB Speakerphone certification. 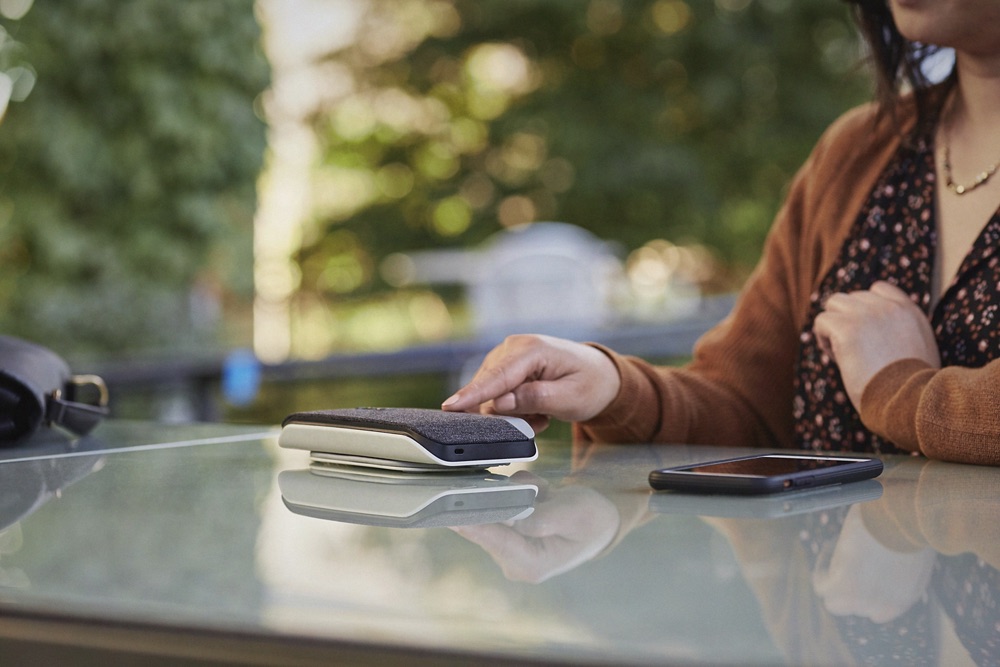 "We are pleased to recognize Poly Sync 20 as one of the first speakerphone devices to receive Zoom's Personal USB Speakerphone certification," says Oded Gal, Chief Product Officer. "Poly continues to trailblaze with its portfolio of Zoom certified devices and we know that the addition of Poly Sync 20 will provide outstanding value for today's evolving workforce."

With a three-microphone array, the Poly Sync 20 and Poly Sync 20+ speakerphones are portable solutions for hybrid work environments. A three-in-one device, it's a personal speakerphone, a portable music speaker and a smartphone charger all in one. Its compact, sleek design and carrying case make it perfect for users on the go, while advanced digital signal processing algorithms ensure both sides of the call can be heard clearly, simultaneously. A programmable button allows users to personalize their Poly Sync 20 with their favorite functions like music pause/play or voice assistant – all with a single touch. For those users who still have Windows PCs without Bluetooth, the Poly Sync 20+ includes a BT600 USB adapter (those USB2 dongles that you plug in the back of PCs...).

Next in the series is the Poly Sync 40 speakerphone, which features even bigger sound than the Poly Sync 20, with microphones that allow for greater pickup range as well as the same convenient smartphone charging capabilities. The company's IT department or the user can choose to wirelessly daisy chain two units to adapt and expand the reach within varied conference room sizes. And the Poly Sync 40 features a long-lasting battery with up to 20 hours of talk time and the automatic Bluetooth unpairing option allows users to quickly disconnect Bluetooth devices after a meeting. 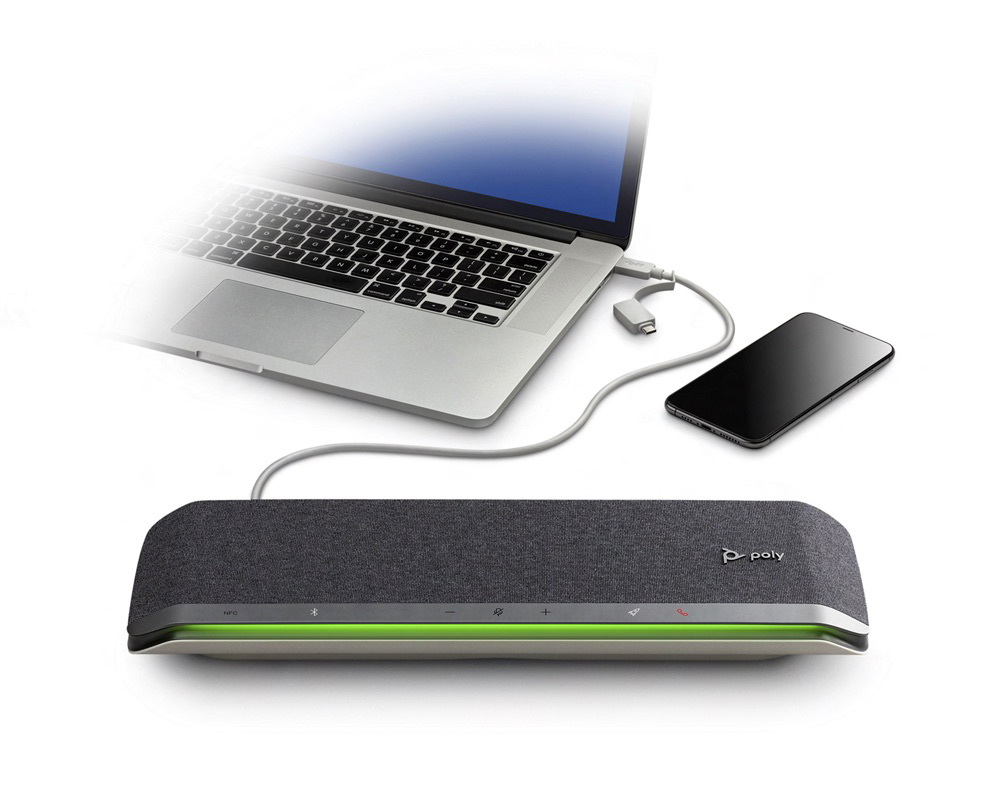 Finally, the Poly Sync 60, the largest speakerphone in the Poly Sync Family, which already requires an extra pouch on a backpack, incorporates all of the features in the Poly Sync 20 and Poly Sync 40, but is designed for larger meeting spaces and conference rooms. With a six-microphone array and intelligent LED features, the device can automatically track voices within the meeting room and adapt to make sure the other end of the call has a great audio experience. With its two large built-in speakers, the Poly Sync 60 easily fills the room with clear audio. And users can even connect a USB video camera to the device for complete AV connectivity, if needed.

While the Poly Sync Family offers solutions for workers in any location, they also help IT managers who can oversee and improve workforce fleet deployment and allow remote management of Poly Sync devices.