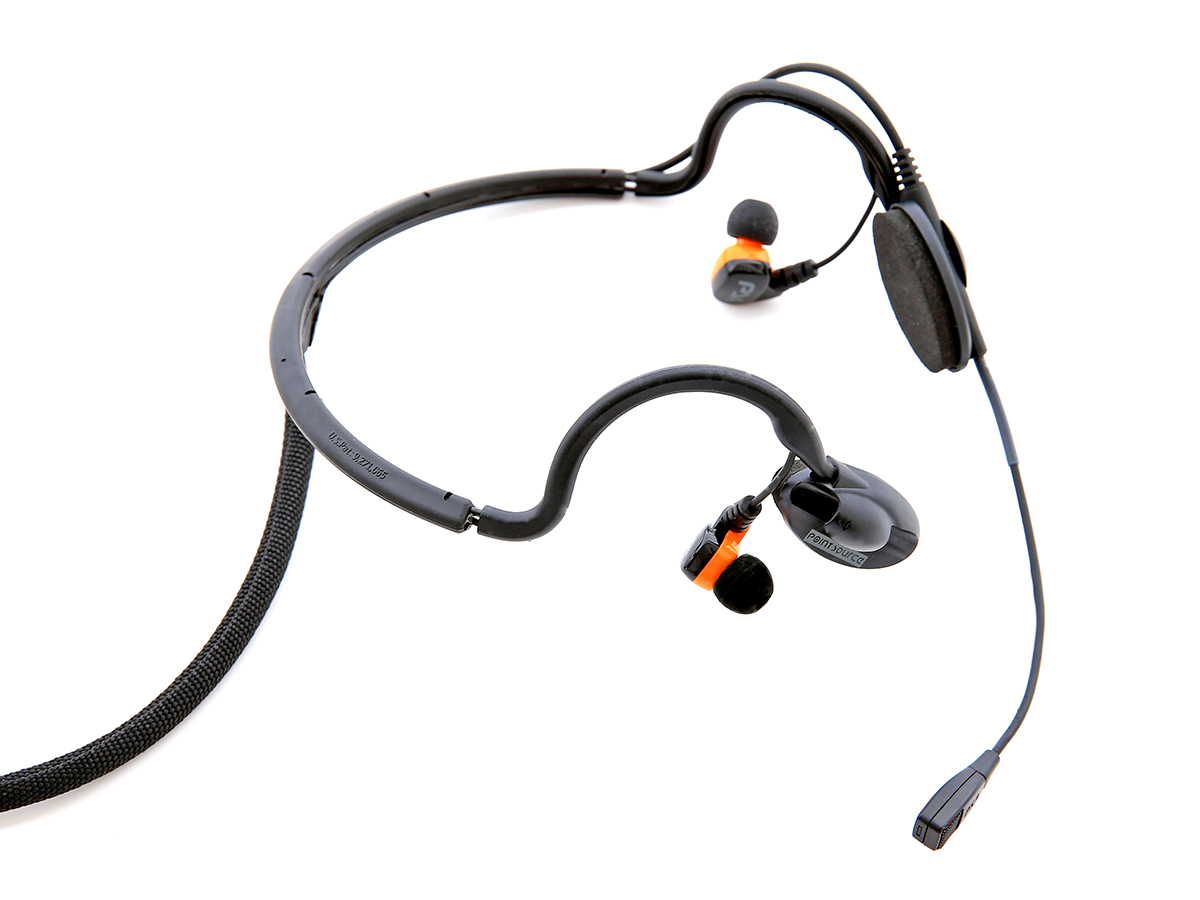 "Our in-ear headset design is one-of-a-kind. Customers tell us again and again that they will never go back to their old style headsets after using a Point Source headset. The new CM-i5 is equally brilliant but in a condenser version that will also work with various brands of intercom packs that provide phantom power such as Clear-Com, RTS and Telex,” says Yvonne Ho, Point Source Audio’s vice president of Marketing. “For anyone who must work in loud environments, or have health concerns about sharing headsets or bulky headsets that weigh too much, this solution will give them relief from all these problems.”

The popularity of the in-ear headsets is surging among production teams working in all types of industries from sports to space — with the Carolina Panthers’ Panther Vision, SpaceX and NASA being added to the company’s growing list of customers. At just under 2oz., the weight of the CM-i5 is barely detectable even after wearing for a full day. The earphones include an upgraded design; they provide up to -24dB of noise reduction and are interchangeable depending on the user’s personal preference—just like the previous CM-i3 model. The latest headset features the company’s flagship “unbreakable boom” flexible to 360 degrees thus allowing for optimal microphone to mouth placement.

“The headset's low profile binaural earphone feature is a simple yet inventive method to block out noise and boost audio clarity—solving many age-old dilemmas for headset wearers,” explains Ho.  Handheld camera operators in particular love the earphones as it is impossible for them to wear dual ear muffs with the camera mounted over one shoulder. A single earmuff is inadequate both in protecting from loud background noise and providing the necessary volume for audible cues. As a result, users turn up the volume in the one earmuff to dangerous levels that can cause hearing damage over time, as well as other concerns such as ear ringing.

While dual ear muffs can help block out noise, uncomfortable weight is another health concern often expressed by dual ear muff users. Wearing bulky headsets, especially after several hours, can cause head and neck strain well beyond the wearing period. At just 1.8 ounces, Point Source Audio's patented headsets are the first to solve this challenge by reducing the weight by as much as 90% compared to traditional headsets. As a practical matter, headset users that need to wear head gear such as helmets or caps can now do so without sacrificing performance or safety.

“The dual in-earphones offer a great balance of noise isolation when needed, and the ability to hear ambient sounds with incredible ease simply by switching from left, right, or left and right listening modes with one finger—and without having to remove the entire headset,” adds Ho. “We are proud to know that our products are not just improving people’s work, but also people’s lives by giving them an alternative to better care for their hearing, and prevent unhealthy habits related to use of inadequate headsets.”

Point Source Audio's new CM-i5 In-Ear Headset, along with all its headset models will be demonstrated to attendees of 2017 NAB Show (booth #C1110) in Las Vegas and are expected to be available for purchase at a number of resellers and distributors worldwide beginning June 2017.