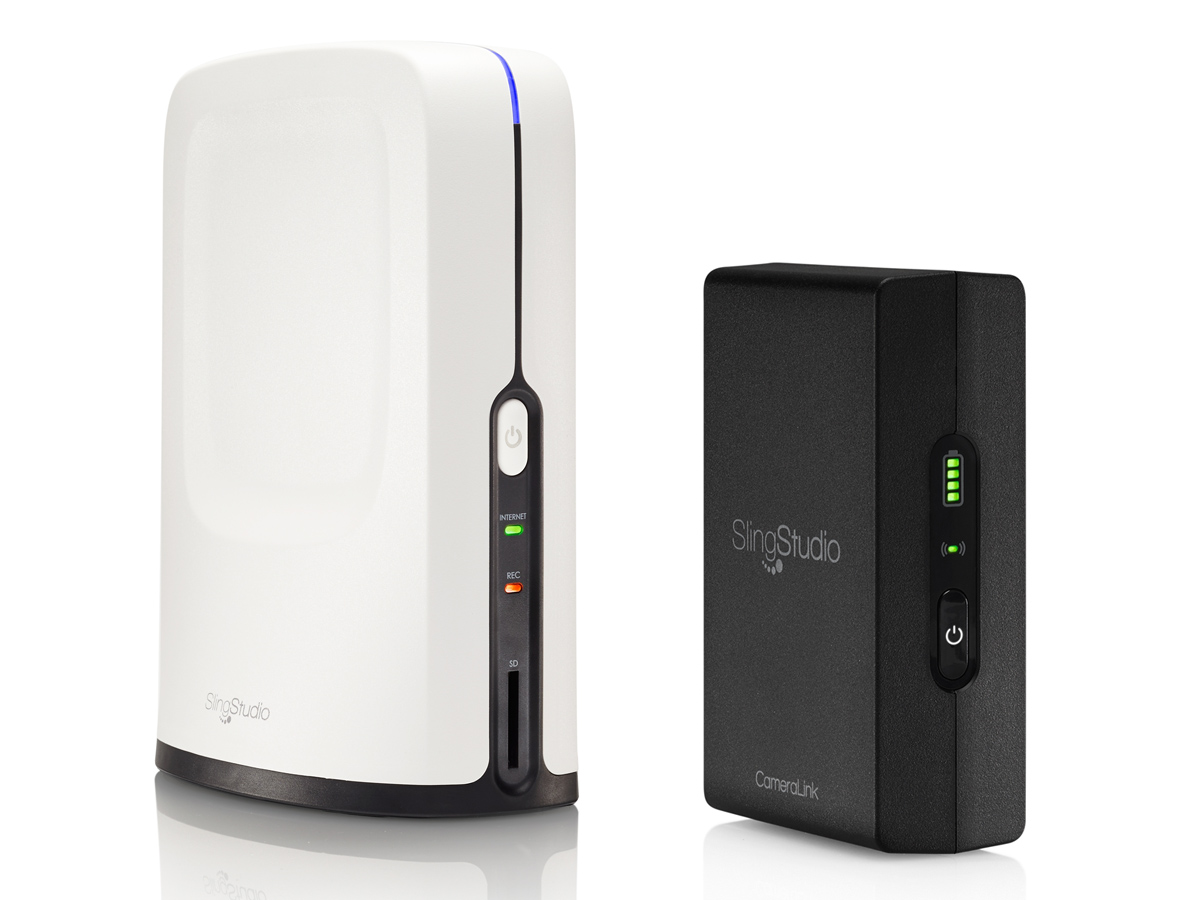 SlingStudio is the industry’s first affordable, wireless, portable multi-camera production solution that lets users of all skill levels record, switch, monitor and edit four HD video inputs from up to 10 connected cameras and smartphones. SlingStudio can output live high-definition video to streaming services like Facebook Live and YouTube, and simultaneously record to a USB hard drive, USB SSD or SD card for post-production.

Basically, users can connect any HDMI-enabled camera to SlingStudio directly of work wirelessly with the optional CameraLink, while smartphones connect wirelessly via the dedicated Capture app for iOS and Android. When connected, the iPad Console app allows to switch, edit and manage a video production, eliminating the need for additional software or costly dedicated switchers. If desired, the timeline-aligned output content can simply be exported to Adobe Premiere Pro CC for post-production, using the free SlingStudio plug-in. 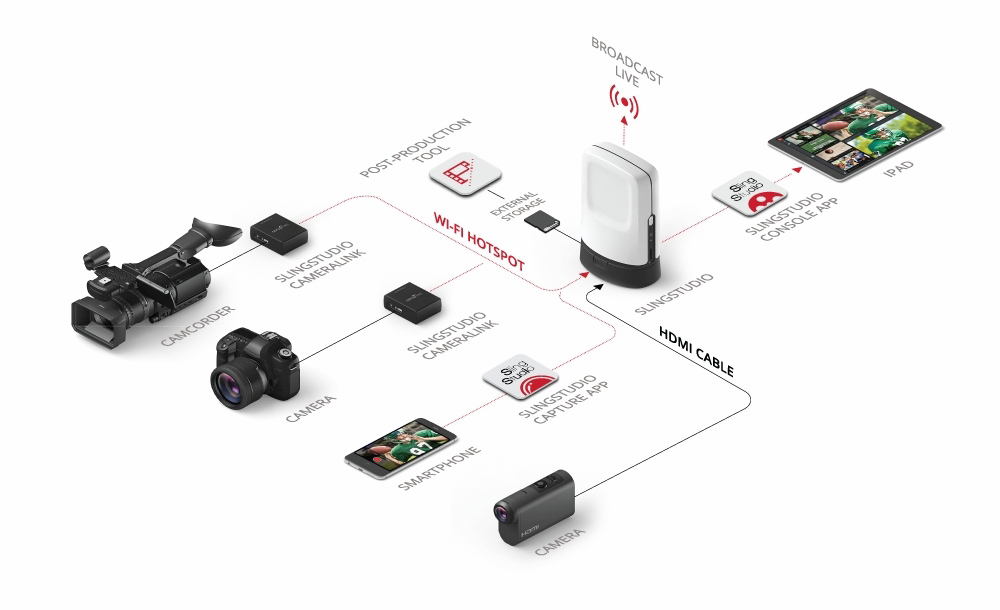 The SlingStudio system requires the SlingStudio hub and free Console app for iPad. Optional accessories include a Battery, USB-C Expander and CameraLink. The CameraLink wireless adapter plugs into any HDMI-enabled DSLR or video camera to wirelessly transmit 1080p60 video to SlingStudio.

“We consider SlingStudio a high-production, low-cost concept,” says Khemka. “It’s powerful and flexible enough to allow directors to knit together professional-quality video with the equipment they already have on hand – from high-end cameras to audio gear to smartphones.” 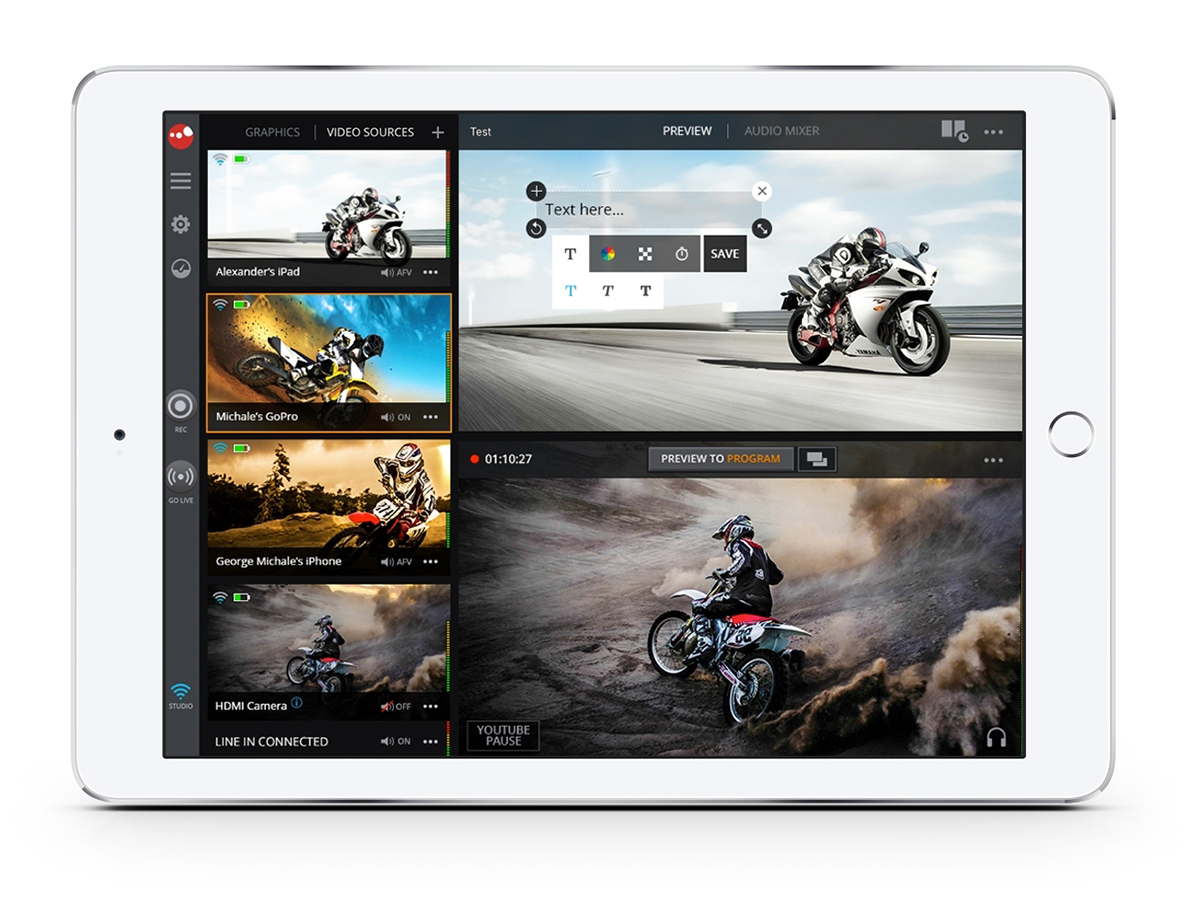 The iPad Console app (available for free download in the Apple App Store) is required to manage video production with SlingStudio. It allows directors to monitor and create "live-to-tape" video from up to four (out of a maximum of 10 connected) input sources simultaneously, and drag and drop video into a composition window. Here directors can create dynamic video compositions like picture-in-picture, split and quad views; edit in popular transitions like cut, dissolve and wipe; add text overlays and lower thirds; and mix audio. All of this can be done in real time as live video is streamed to platforms like Facebook Live or YouTube, and simultaneously recorded to a USB hard drive, USB SSD or SD card for post-production. External audio sources, audio mixers and output monitors can also connect to SlingStudio for advanced production needs.

Individual recordings from each camera feed, plus the live-switched video and audio line-in, are saved in a single storage location, eliminating the need to wrangle and import multiple storage drives from each camera. With just a couple clicks of the mouse, the entire project file can then be easily imported into editing applications like Adobe Premiere Pro CC and others.

The SlingStudio integration for Adobe Premiere Pro further simplifies and speeds up post-production. Adobe Premiere Pro users who download the SlingStudio extension can import all recordings into a project timeline with all clips and editing decisions preserved and aligned. This includes the video from each source camera, as well as the live-switched program and quad-view feeds.

The CameraLink ($349) device plugs into the HDMI port available on most DSLR and video cameras to create a wireless connection up to 300 feet from the SlingStudio hub. Its internal battery provides up to two hours of power. The SlingStudio Battery allows the full system to work anywhere and provides up to three hours of power for portability. The USB-C Expander ($49) supports wired Gigabit Ethernet connectivity for live broadcasting, and connects to USB 3.0 hard drives or SSDs for recording content.

SlingStudio starts at $999 and will be available in May at B&H Photo Video, or directly from Sling Media.
www.MySlingStudio.com
related items