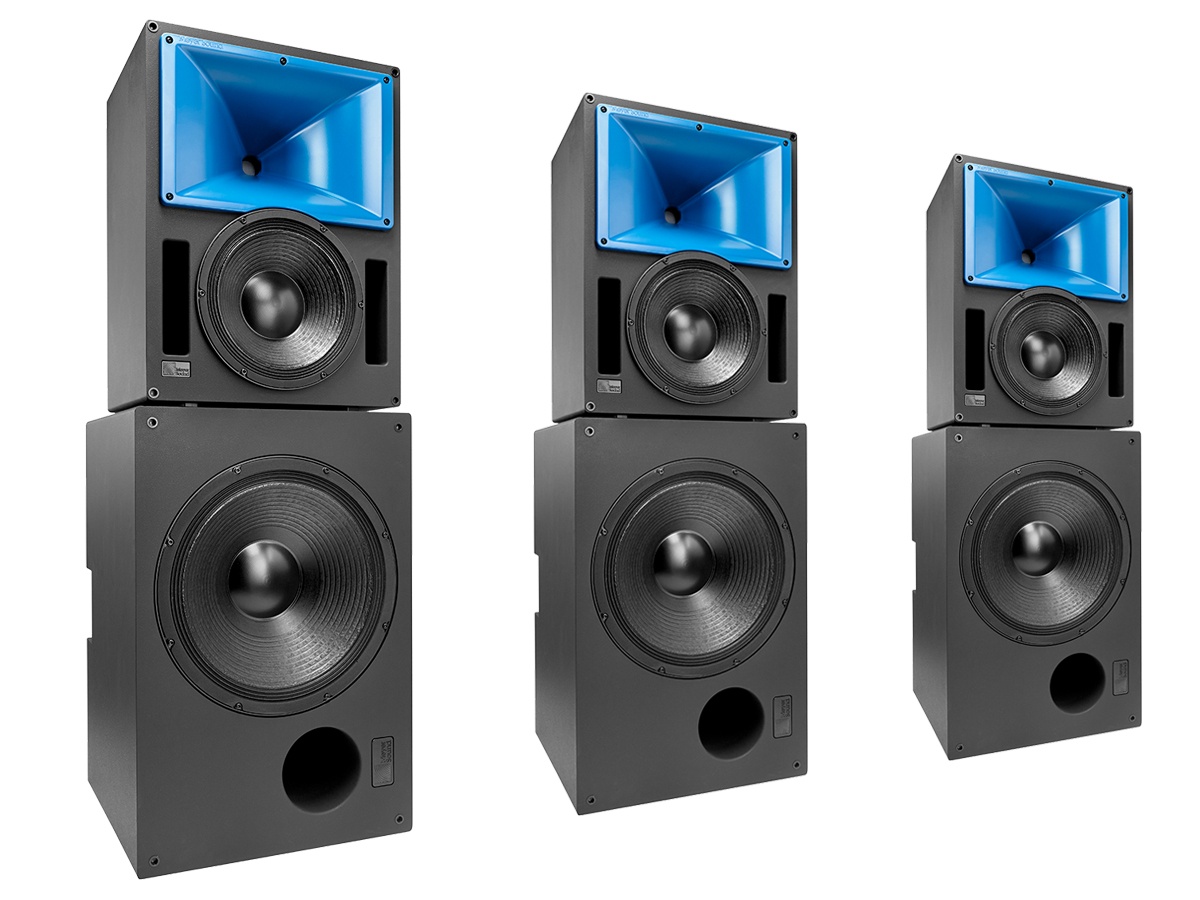 According to Meyer Sound, the Bluehorn Systems were designed for high-resolution monitoring applications in mid-sized rooms for music recording, cinema post-production, music mastering or other applications requiring the highest accuracy in sound reproduction. Bluehorn is named for the high frequency waveguides, painted blue during prototype testing to quickly distinguish the new monitors from Acheron Designer loudspeakers used in the same room for comparisons. Meyer Sound is now offering complete Bluehorn Systems in either stereo or LCR monitoring configurations, with each channel comprising a two-way mid-high loudspeaker, a separate low frequency element, and dedicated digital processor.

Externally, Bluehorn shares the same cabinet footprint, driver dimensions and waveguide configuration as Meyer Sound's Acheron Designer loudspeaker. On the inside, however, Bluehorn utilizes an upgraded HF driver and new amplifiers with ultra-low noise and distortion. "After six years of extensive research, we’re setting a new benchmark for accuracy in studio monitors: a system that marries acoustic precision and digital modeling to offer completely flat amplitude and phase response across the entire audible frequency spectrum. No tradeoffs, no compromises—just the sound you recorded, exactly as you recorded it," states  Meyer Sound. 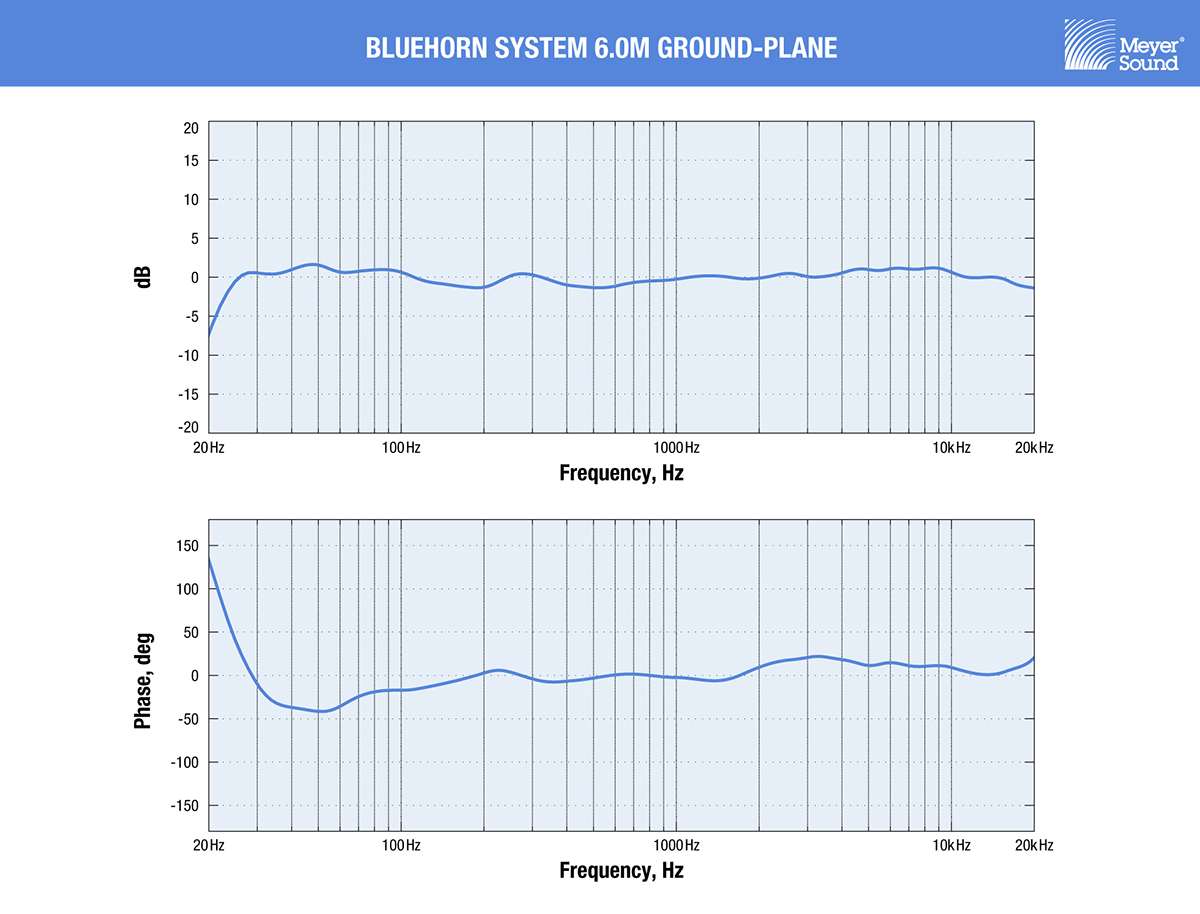 Configured as a three-way system, The Bluehorn System incorporates the latest driver, processing, and amplifier technologies from Meyer Sound’s Cinema Series and LEO Family of line array loudspeakers and Galileo GALAXY processors. At the heart of the system is powerful digital processing, using proprietary phase-correcting algorithms that model system behavior and restore original relationships, while introducing minimal latency. The dedicated processor sits in front of both the mid-high loudspeaker and the companion low-frequency cabinet, applying correction algorithms that meticulously analyze all physical and electrical non-linearities throughout the entire system, from 25 Hz to 20 kHz, in order to bring acoustic output — at any level — into absolute phase and frequency alignment with the input signal. "Essentially, the processing nullifies the non-linearities of drivers and enclosures, resulting in a phase-coherent response previously achieved only by open-air electrostatic headphones with their extremely low mass diaphragms," adds Meyer Sound.

Reference Installation
Among the first cinema professionals to take delivery of a Bluehorn System was noted film composer John Powell, whose 60-plus feature film scoring credits include animated family classics from Chicken Run through Happy Feet, Rio and How to Train Your Dragon (and their sequels) plus all the Jason Bourne films. Powell has installed an LCR Bluehorn System in his private recording and mixing facility (dubbed "5 Cat Studio") in Pacific Palisades, California.

"We initially brought the Bluehorns in on a temporary basis for a specific project, but we wouldn't let them leave the building," says Powell. "With the Bluehorns it was blatantly obvious when something was wrong in the mix, and that is the most useful quality I can imagine from monitor loudspeakers."

In his cinema work, Powell first used the Bluehorn Systems for mixing music for Jason Bourne, the latest in the Bourne series of spy thrillers, and is currently working on music for yet another animated family feature, Ferdinand. Other film composers and mixers have used the Bluehorn System for their own projects, while Powell has relied on it for tracking and mixing his own classical music recordings — the Prussian Requiem oratorio and The Prize Is Still Mine with orchestra and gospel chorus — as well as for mixing composer Eric Whitacre's score for a forthcoming IMAX presentation.

"That extra level of clarity in Bluehorn makes it easier to analyze your mix, but these are not necessarily loudspeakers you want to listen on to flatter yourself," he admits. "You hear what is right with your music, but you also hear what is wrong so you can fix it. And that's really the point of monitoring, isn't it?"
meyersound.com