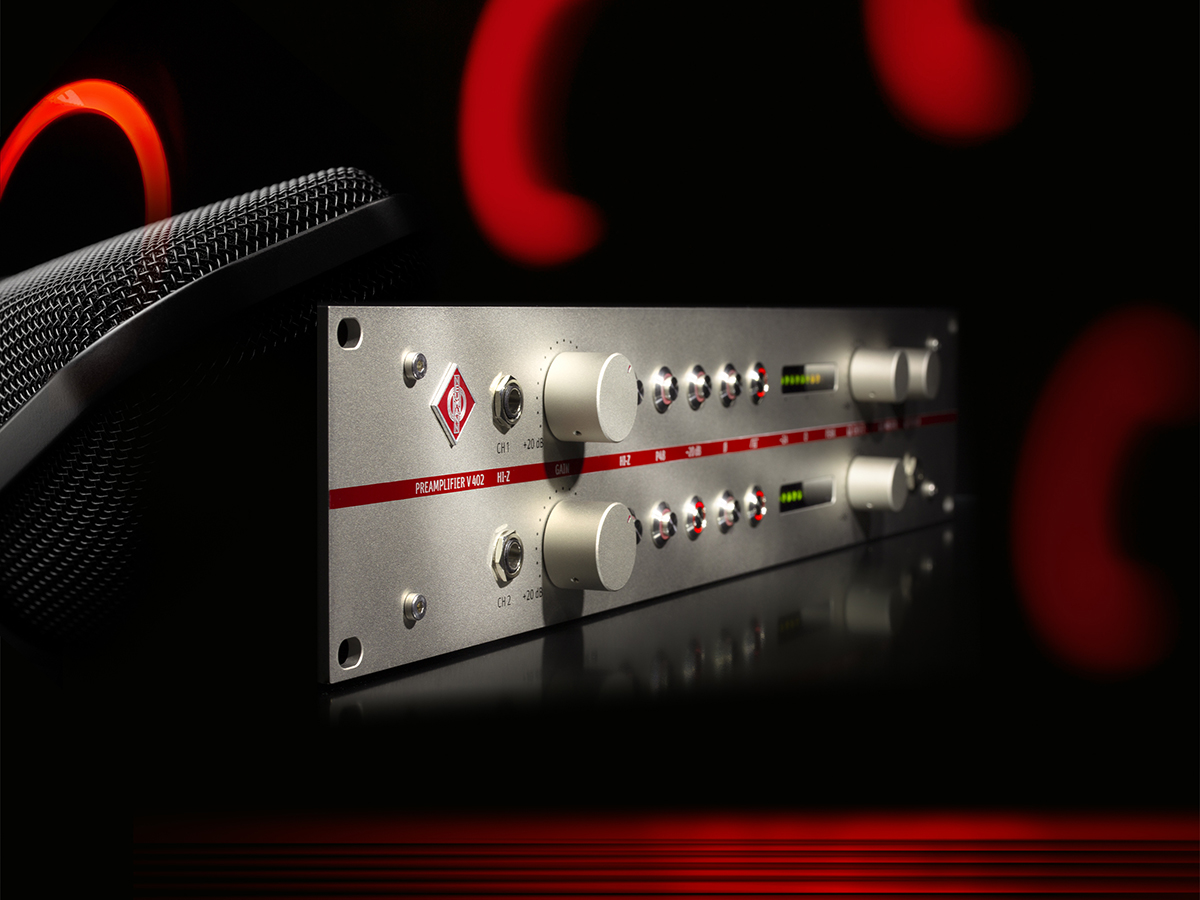 Following the first Neumann studio headphone introduction at the beginning of 2019, the V 402 is Neumann’s first-ever stand-alone microphone preamp – although the company has created several generations of top-quality preamp modules for its mixing consoles, such as the now legendary V 476 B of the 1980s. Like its predecessors, the V 402 preamplifier is conceived as the perfect complement to all Neumann and other high-class studio microphones.

“All Neumann microphones, classics as well as current models, have highly unique sound characteristics,” explains Ralf Oehl, the Berlin company's new CEO. “Finding a preamplifier with the matching uncompromised sound fidelity wasn't always easy – until now! The V 402 provides the ideal signal path for all Neumann microphones because it is free from any coloration whatsoever. No artificial additives could make the sound of a Neumann U 47 or U 87 more desirable than it already is. Perfection cannot be perfected!”

The V 402 is a dual channel microphone preamplifier carefully designed to maintain the sonic integrity of the original signal. Its unique transformerless circuitry amplifies the microphone signal without unwanted coloration or sonic artifacts, such as noise and distortion. While this is also often claimed for simple preamps such as those in audio interfaces, the V 402 is built to much higher standards. 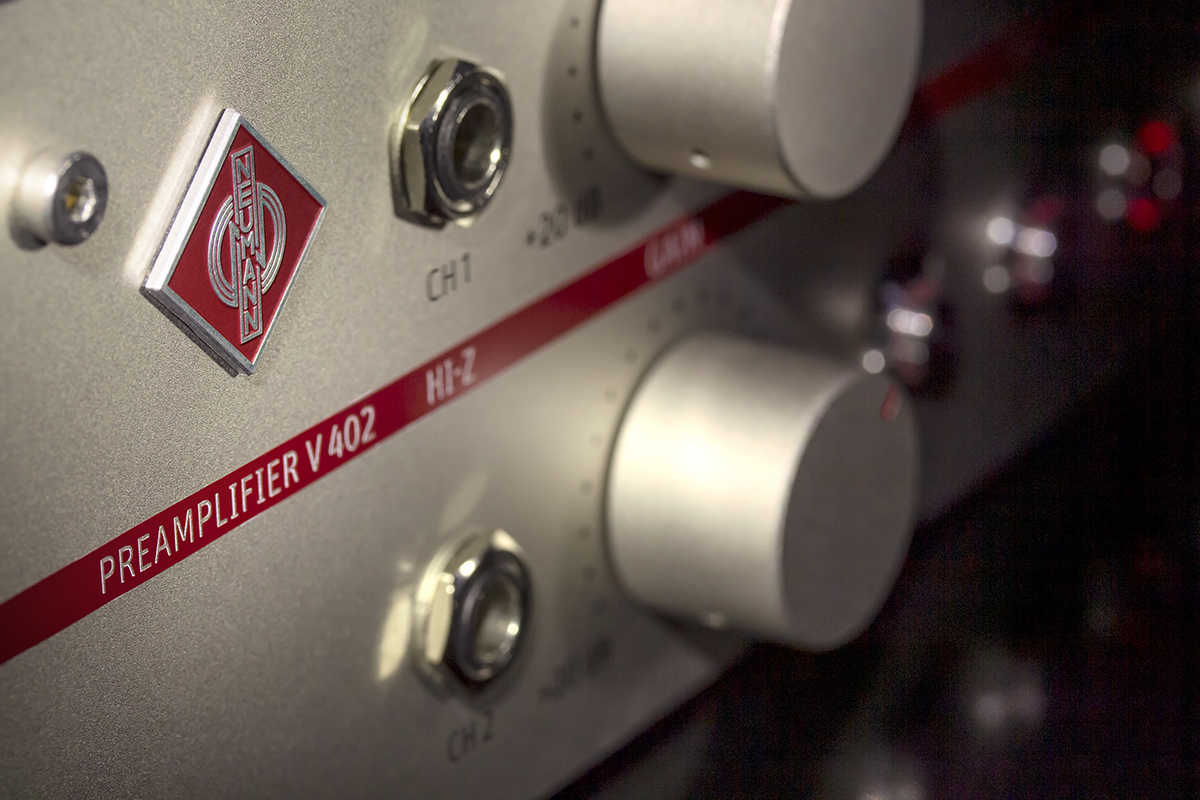 “It took an elaborate development process with extensive series of measurements and critical listening tests to create a preamplifier worthy of the Neumann name,” comments Portfolio Manager Sebastian Schmitz. “And we’ve included the monitoring side, too. The V 402 establishes a fully transparent signal chain extending from the microphone all the way to the engineer’s ear. Finding the best microphone position has never been easier.”

The V 402 is equipped with a studio grade headphone amplifier ensuring uncompromised monitoring quality at the recording stage. Independent volume controls for each channel allow to dial in a latency-free monitoring mix without affecting the recorded signal.

Made in Germany
As a true Neumann product, the V 402 is characterized by exacting attention to every detail. The DI circuit was also designed for sonic purity with an high-impedance input stage that captures the sound of electric guitars and basses as well as other instruments with no loss of detail and free from audible noise. Its switchable high pass removes rumble and pops very effectively without signal degradation, while a 20-dB pad allows the V 402 to be used with high-level sources up to 28 dBu without distortion.

According to Neumann, delivery for the V 402 starts already in July 2020, and the reference price is  2.749,00 Euros. More information will be added to the Neumann product page in the next few days.

Georg Neumann GmbH has been part of the Sennheiser Group since 1991, and is represented worldwide by the Sennheiser network of subsidiaries and long-standing trading partners.
www.neumann.com
related items