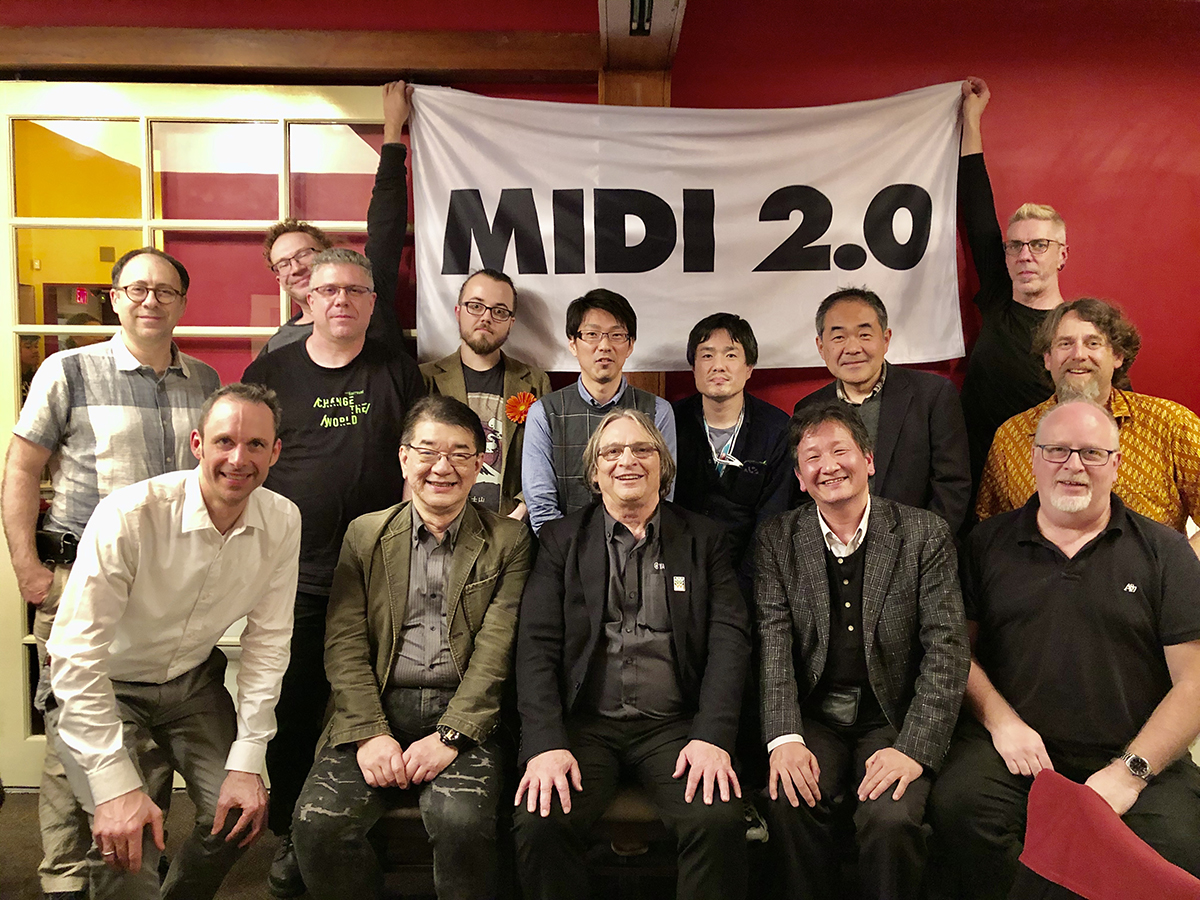 Back in 1983, musical instrument companies that competed fiercely against one another nonetheless banded together to create a visionary specification — MIDI 1.0, the first universal Musical Instrument Digital Interface. Nearly four decades on, it's clear that MIDI was crafted so well that it has remained viable and relevant. Its ability to join computers, music, and the arts has become an essential part of live performance, recording, smartphones, and even stage lighting. Now, MIDI 2.0 takes the specification even further, while retaining backward compatibility with the MIDI 1.0 gear and software already in use.

It took a long time to get everyone to agree on the update for the venerable MIDI technology, but the set of documents that support MIDI 2.0 is now available. Manufacturers can now start creating products with confidence that they will work with not only with new MIDI 2.0 gear, but with legacy MIDI gear as well. Furthermore, Roland introduced the A-88 MK — the first MIDI 2.0-ready controller keyboard. It realizes MIDI 2.0’s promise of greater expressiveness thanks to higher controller and velocity resolution, coupled with the ability to take advantage of MIDI 2.0’s vastly extended range of controllers.

MIDI 2.0 educational sessions that were part of the A3E (Advanced Audio + Applications Exchange) attracted overflow crowds during NAMM 2020, underscoring the interest in what many are calling the most significant advance in the music industry in decades. The MMA also had a booth presence on the show floor itself, giving MIDI device manufacturers the opportunity to demonstrate their latest products to dealers, musicians, and the media.

Meanwhile, The MIDI Association — the free, global community of people who work, play and create with MIDI — continues to grow. Now with over 23,000 members in 113 countries, the midi.org web site has become the epicenter for everything relating to MIDI, including news, applications, articles and tutorials, downloads of the MIDI specification, discussion forums, and more.

According to industry veteran Gene Joly, the MMA’s current President, “MIDI 2.0 has been a long time in the making, because the industry wanted to make sure we created something that would be viable for decades, be ready for new technologies, and retain backward compatibility with existing MIDI gear. And once again, the music industry has proven it can do what few other industries have done: set aside competitive differences, and join together for the good of creative artists around the world.” 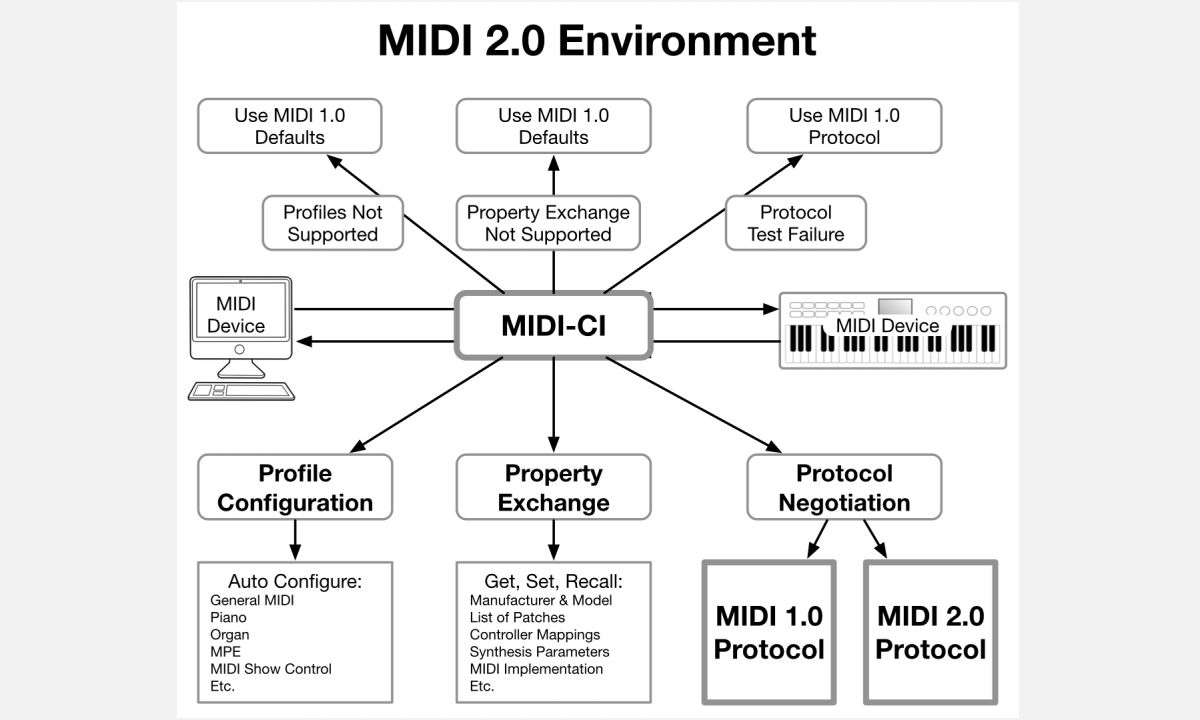 The specifications are now being edited to their final format for official signing by AMEI (the Association of Music Electronics Industry, the Japanese MIDI standards organization) and then will be available for public download.

The main differences in the new MIDI can be summarized as follows:
- MIDI 1.0 messages went in one direction: from a transmitter to a receiver. MIDI 2.0 is bi-directional
- MIDI controllers are greatly expanded to over 32,000 controllers, using 32-bit resolution, allowing articulation control, precise note pitch and improved dynamic response (velocity).
- Instead of just mapping, MIDI systems can now have Profiles that can dynamically configure a device for a particular use case.
- Property Exchange messages provide specific, detailed information sharing. These messages can discover, retrieve, and set many properties like preset names, individual parameter settings, and unique functionalities — basically, everything a MIDI 2.0 device needs to know about another MIDI 2.0 device.
- Unlike MIDI 1.0, which was initially tied to a specific hardware implementation, a new Universal MIDI Packet format makes it easy to implement on any digital transport (like USB or Ethernet).

When MIDI first started it could only run over the classic 5 Pin DIN cable and the definition of that connector and how it was built was described in the MIDI 1.0 spec. Later other interfaces were added, like Firewire and Ethernet. Now, there is a USB-IF working group that is working on a MIDI 2.0 USB specification and the major OS providers (Apple, Google and Microsoft) as well as DAW companies, are all involved in making sure that MIDI can be transport-agnostic.

The MIDI Manufacturers Association (MMA) is a California-based Non-Profit Standards Organization that creates and manages the MIDI specification for the music industry.
www.midi.org
related items