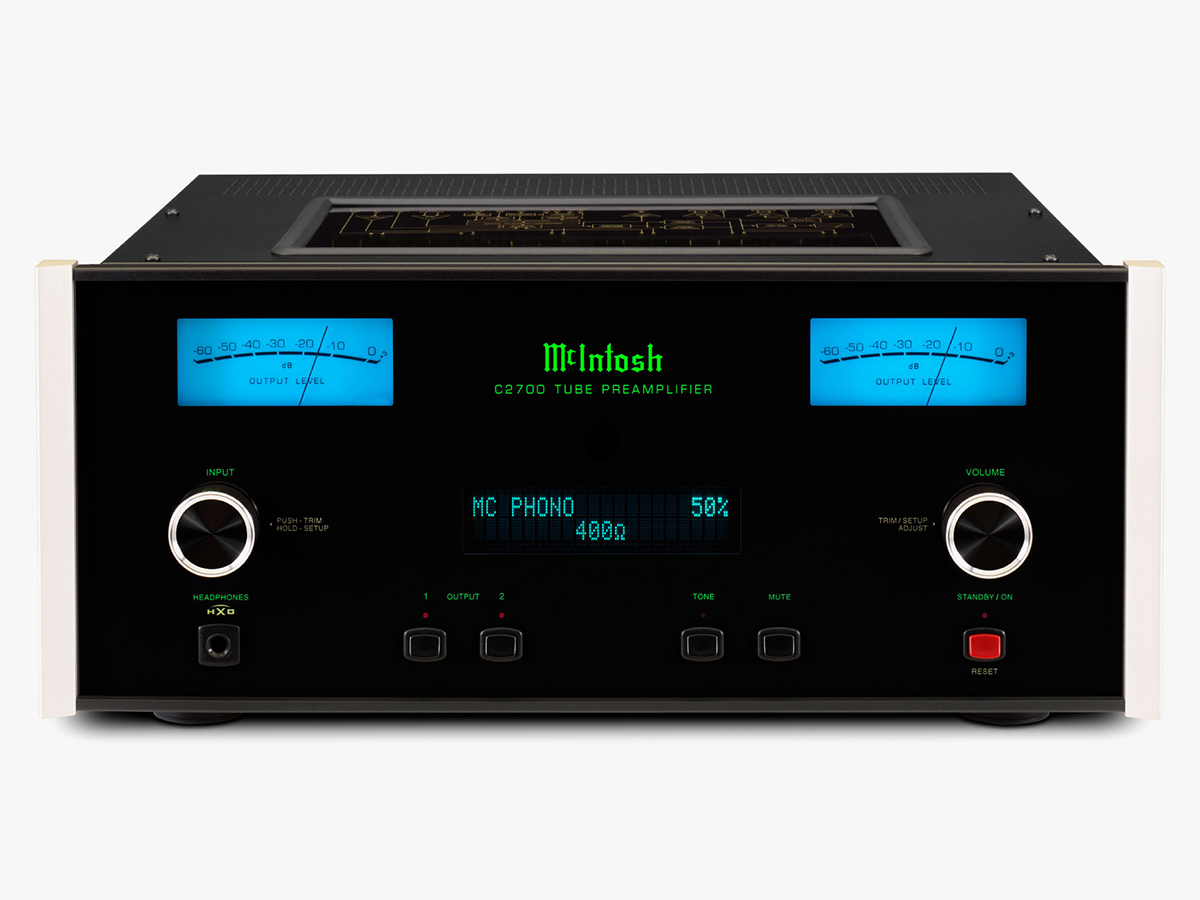 Following a long line of revered McIntosh vacuum tube preamplifiers, the new C2700 Tube Preamplifier uses one 12AT7 and five 12AX7A tubes and is the second McIntosh product to feature the newly launched DA2 module, a highly advanced upgradeable DAC with an expanded set of capabilities over the existing DA1, including support up to DSD512 files. 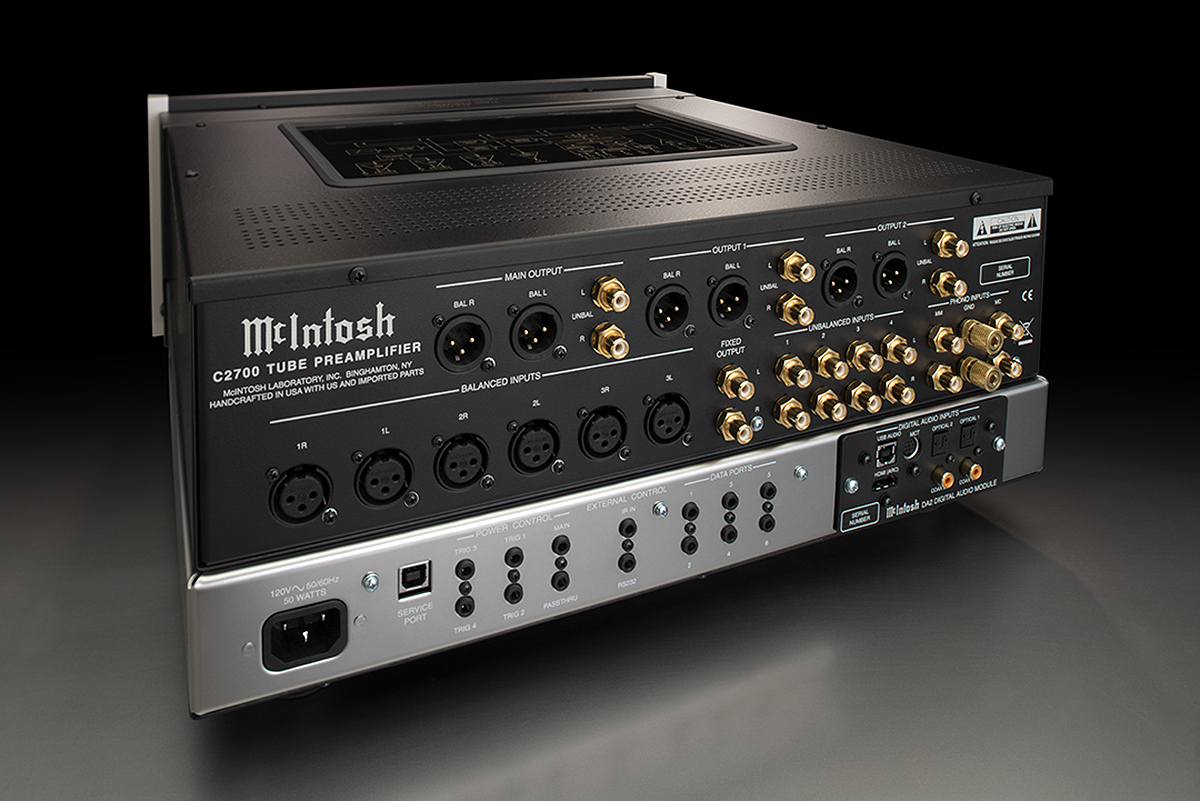 There’s support for Dolby and DTS multichannel formats, too, which are expertly converted to two-channel, plus (when CEC communication is enabled in the C2700 and the TV) the C2700’s remote can control the TV’s power and volume.

The C2700’s dual chassis design keeps the analogue and digital sections separate to prevent signal corruption; the amplifier’s six vacuum tubes can be viewed through a glass panel located on the top of the unit. 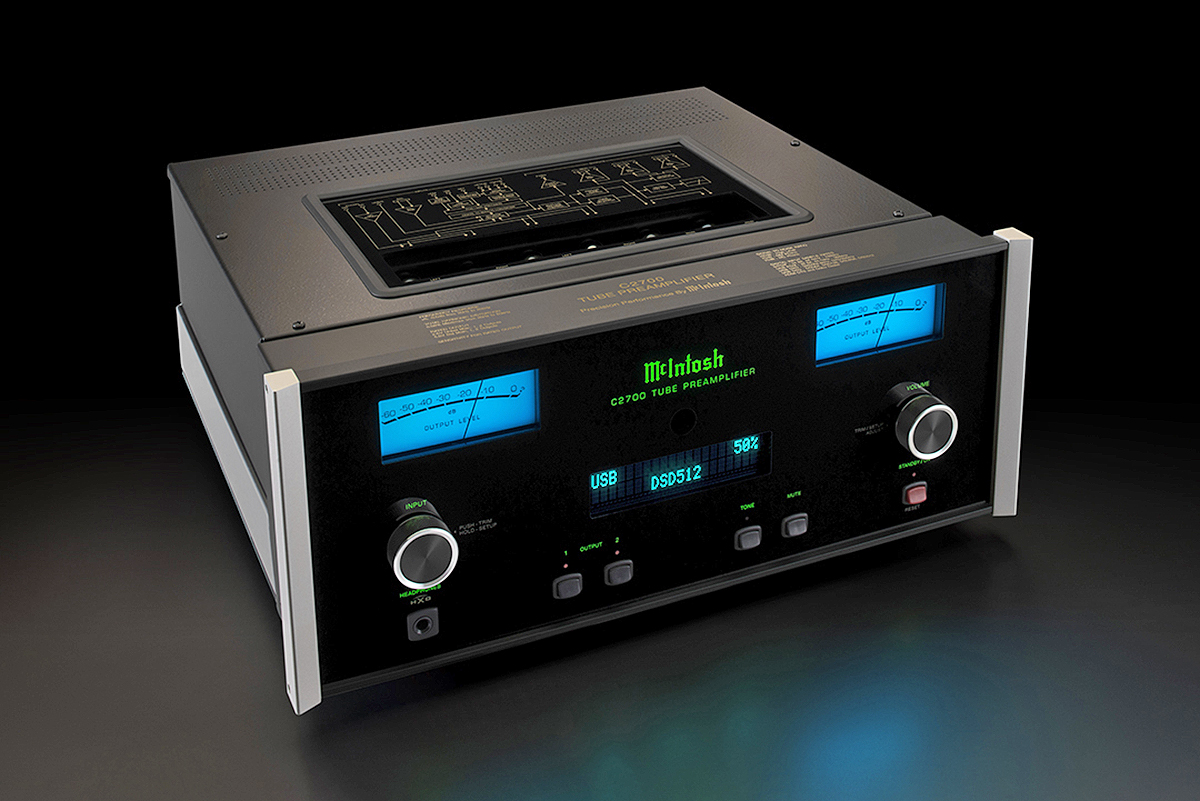 To fully integrate the preamp with varying room constructions/acoustics around the world, the C2700 features bass and treble tone controls which can be adjusted in 2dB increments. For late-night and personal listening, McIntosh’s proprietary High Drive Headphone Amplifier (1/4-inch jack) can power virtually any pair of headphones, while its Headphone Crossfeed Director (HXD) brings an added dimension to music.

The Home Theater Pass Through features allows the C2700 to seamlessly integrate into home theatre systems, the Power Control ports easily turn other connected McIntosh components on and off, and the Data Ports can send remote control commands to connected source components.

The C2700 design is another example of the timeless McIntosh consistent approach, highlighted by a black-glass front panel backlit by direct LED lighting, blue meters, rotary knobs, an illuminated logo, aluminium end-caps and a polished stainless-steel chassis. McIntosh dealers are now accepting orders for the C2700, with shipping expected to begin in August 2019 in the United States and around the world in September. Prices start at   USD $8,000.
www.mcintoshlabs.com
related items