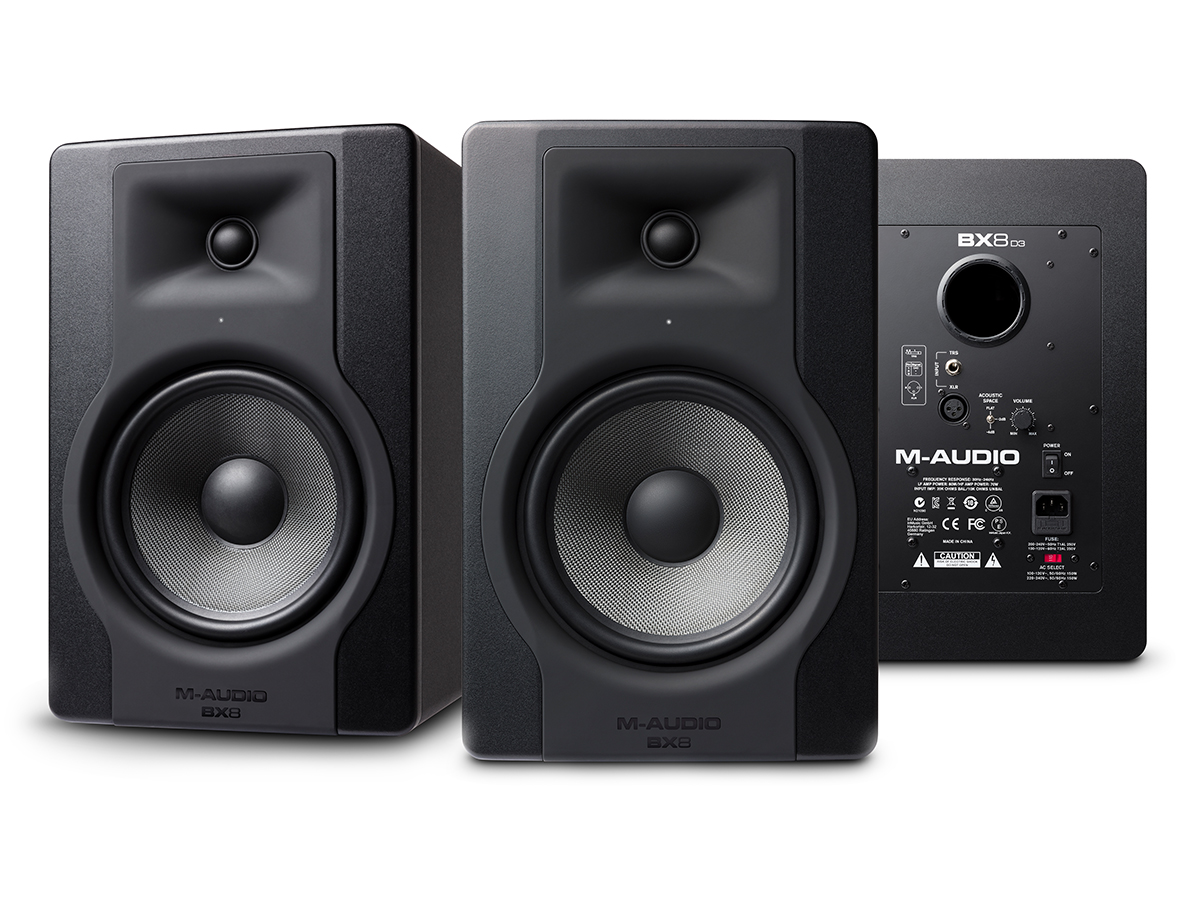 M-Audio announced the new BX5 D3 and BX8 D3 active monitors will be available during the Summer 2017 and, according to the brand, will be able "to convey recordings with lifelike clarity and dynamic accuracy, ensuring that recording engineers, producers and composers can listen with the confidence that their mixes will always sound their best." Serious claims for a design that basically slightly raises the bar from the typical multimedia or computer speakers and was basically created to answer the needs of musicians and home recording studios, as well as serving the less demanding needs of podcasters and post-productions suites.

Still, MA-Audio insists that the new M-Audio BXD3 series recognizes "a crucial, unfulfilled need in the market for truly top-level monitors that are both compact and affordable." To sustain that claim, inMusic says the new BX D3 series benefits from "several engineering innovations that make their remarkable performance possible." Those "innovations" start with the drivers, a 5" and 8" woofer "made of military-grade Kevlar, rigid and lightweight for great transient response and detail resolution," and treated 1” and 1.25” silk domes tweeters, "providing a near-perfect combination of low mass and internal damping, which eliminates the audible resonances that plague conventional tweeters." Unfortunately the company doesn't explain what is new in those drivers since the previous series already used the exact same type and description.

Regarding the on-board internal amplification, again, M-Audio details a bi-amplified design, with two actually separate Class A/B amplifiers, which the company says, allow the BX D3's to play louder. Still, the previous BX D2 generation launched in 2012 already used the same A/B bi-amplified scheme and it did play loud enough, when compared to similar models from KRK, Samson and others in the home studio segment, using similar driver arrangements. 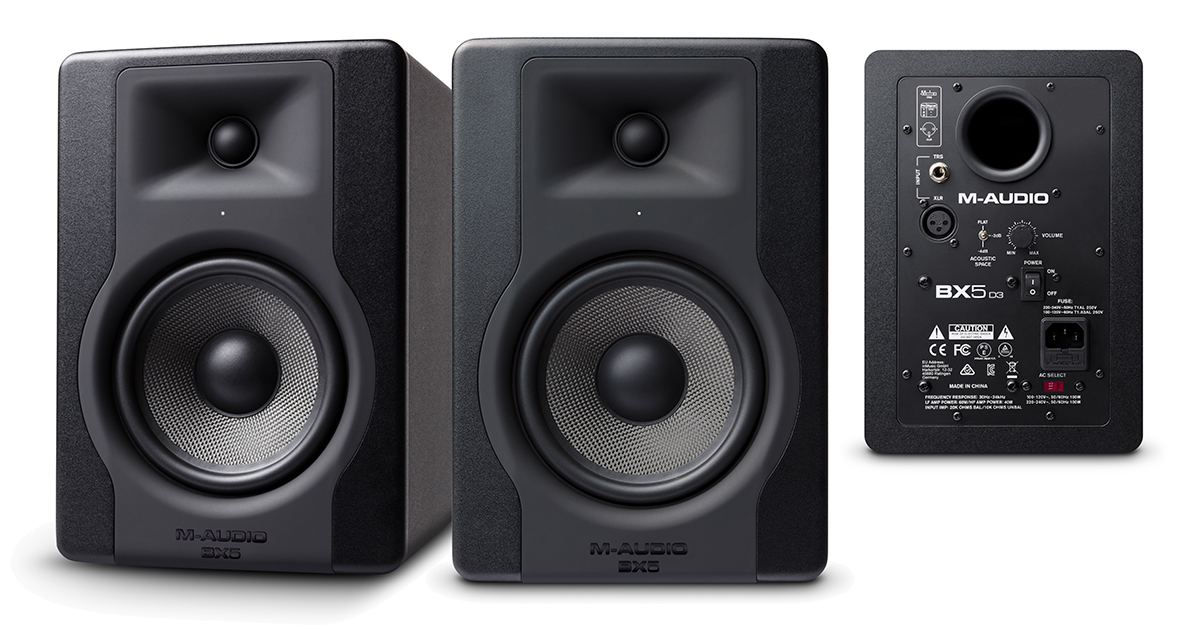 On the connection panel, also nothing much has changed, apart from the fact that the indicated frequency response in the new models is now indicating to reach 30Hz, while the previous generation indicated 56Hz, which should be closer to the truth. Funny enough, that is what shows in the back panel of the actual monitors (looking at the photos provided), when the provided specifications state a frequency response of 52-35kHz for the smaller model, and 37-22kHz for the larger 8-inch model.

The flared bass port that reduces port turbulence and benefits operation in the typical use-case for home studios is still located in the back and looks similar, as with the vinyl coated MDF cabinet finishing. New for the D3 series are the "Acoustic Space controls" that allow the user to tailor reproduction according to the proximity to walls or reflective surfaces and allows a choice of flat, -2dB and -4dB positions within a pre-tuned frequency response. Connectivity for both models includes XLR balanced and 1/4” TRS balanced/unbalanced inputs, placed close to the volume control.

M-Audio also indicates that the tweeter waveguide was now optimized for precise imaging, and that is in fact the most visible difference in the new series look - and likely allowing for audible differences. M-Audio also highlights the front panel LED that "shines brightly when speaker is positioned at ideal monitor angle." It seems similar to the previous one, but it will be probably a more powerful LED.

According to David Gill, Director of Engineering for M-Audio, "These new BX D3 monitors really raise the bar for acoustic performance, connectivity and their ability to adjust to any acoustic environment. In order to achieve such a high level of performance, we painstakingly addressed every single aspect of monitor design, from the drivers to the amplifiers to the enclosures and the final voicing itself. We’re really proud of these and we’re looking forward to people using them and enjoying their benefits.”