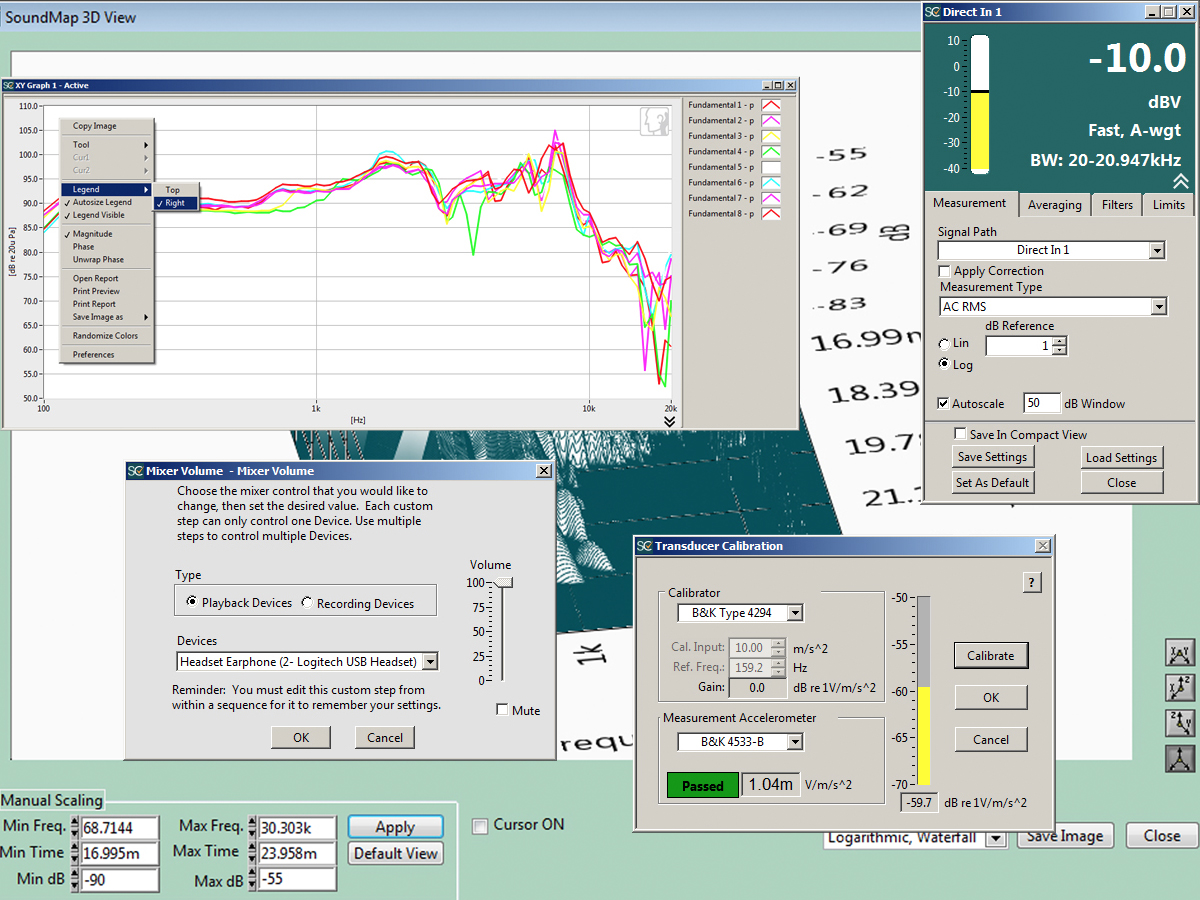 The flagship product created by Listen, SoundCheck, was launched in 1995 and includes everything a user needs to perform audio measurements on a wide range of devices – including software, audio and other test interfaces and accessories, as well as test sequences. SoundCheck software is updated annually to ensure that the system keeps up with ever-changing test methods and requirements, and both the software and hardware have the ability to be augmented at any time to meet future testing needs.

With the release of SoundCheck Version 15, Listen introduces a redesigned multimeter, now offering two different views: a compact ‘meter’ view, or an expanded detailed ‘settings’ view. In ‘meter’ view, a clear, simple level meter is displayed, which changes color to warn of overload or near overload values. Averaging type, weighting type and bandwidth are also shown. In expanded view, 4 different tabs for measurement, averaging, filters and limit setting are visible, and options such as linear/log scale, filtering and weighting options, etc., can be selected. 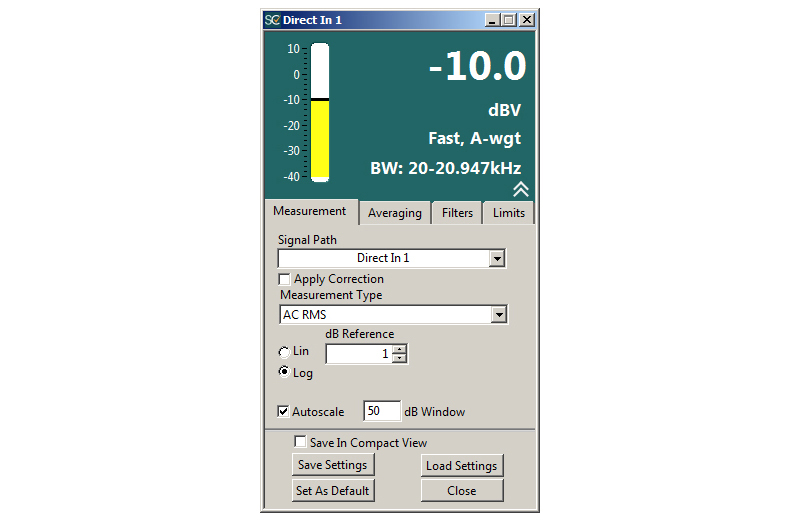 Enhancements to the multimeter’s capabilities include the ability to measure DC voltage in addition to AC voltage so that SoundCheck can be used with a DC coupled interface for making audio electronic measurements. The addition of high and low pass filters is useful for removing electrical noise for electronic measurements and low frequency background noise for acoustic measurements. A new ‘autoscaling’ option automatically adjusts the range of the display based on the signal. The multimeter can also now read the dB ref from the memory list.

Also news is the TCP/IP control functionality, making external control of SoundCheck simpler, yet more powerful, a valuable feature for anyone who needs to control SoundCheck from an external program, for example as part of an overall test plan or factory automation. It allows communication with SoundCheck via any programming language, on any operating system, either locally or through a network, so that a single computer can control multiple SoundCheck systems. It also features a more powerful and expandable command format for interacting with SoundCheck.

Other enhancements include accelerometer calibration and force measurement to enable testing of linear motors such as those used in haptic devices. Additional plot legend options have been added. A toggle makes the plot legend visible or invisible, the legend can be placed at the top or the right of the graph. A new auto-size option re-sizes the plot legend area to show the entire curve or waveform names. When not auto-sized, placing the pointer over a curve or waveform name will display the entire name. 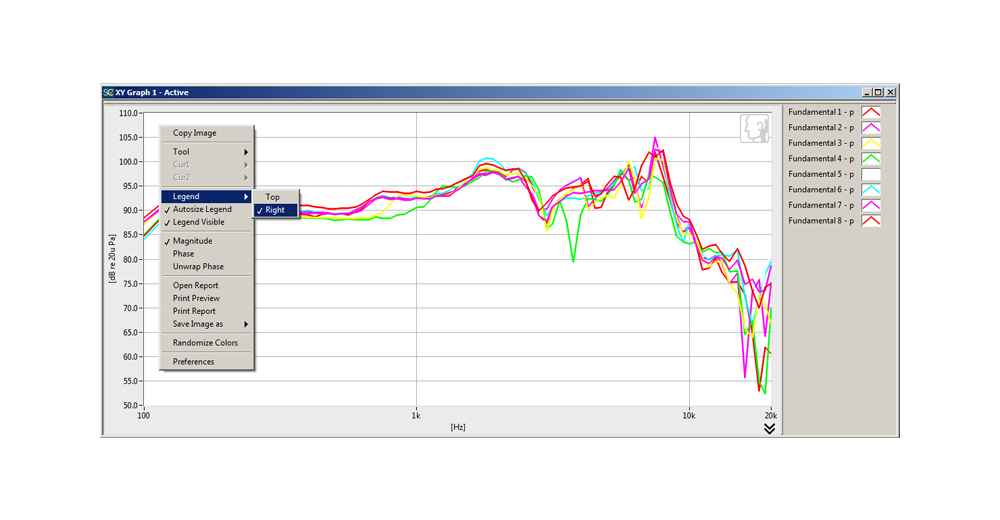 When automode is checked, the audio table is now automatically refreshed as hardware is plugged and unplugged, without the need to close and reopen the hardware editor to see the changes updated. This makes system set-up faster and simpler.

The new SoundCheck Version 15 also allows better control of Bluetooth interfaces. Various improvements in the BTC control include faster response, better abort handling and the ability to detect when a connection has failed so that the sequence can decide whether to try again or not.

The Windows & Mac OS Audio Mixer custom VI has been updated to work with the latest versions of both Windows and Mac OS. This enables controls of any audio input or output via steps in SoundCheck. For example, the volume of a headset may be controlled while testing it, or the levels of a WDM audio device can be fixed at unity gain for consistent calibration.

Accelerometer and other  vibration transducer calibration and related force units (dB re 1 m/s2, dB re 1 N and dB re 1 g) are now supported. This enables measurement of linear motors such as those used in haptic devices. If the status.dat path is pointed to a folder containing multiple status.dat files, the software will automatically load the one that corresponds to the currently plugged in hardware key. This is useful for users who are setting up multiple SoundCheck computers, as a single computer image can be created with SoundCheck pre-configured rather than having to set up each individual key on the corresponding computer. 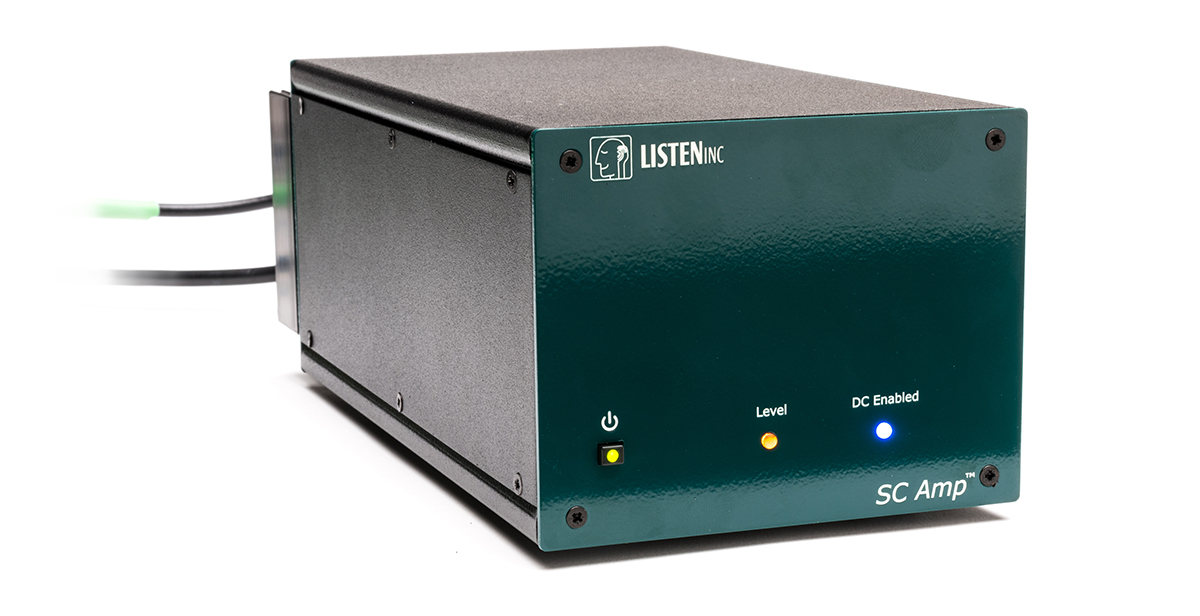 Specifically designed for the audio test market, Listen’s SC Amp also incorporates several other features unique to the needs of audio test and measurement, such as low distortion (THD <0.025%) and a low noise floor (>100dB). Fixed gain eliminates calibration errors as there is no gain knob to be accidentally knocked or tweaked when it is in use. It supports the application of a DC voltage offset to the AC signal for testing transducers under adverse conditions, and features overload/output protection to prevent damage in case of shorting or overload.

Many unnecessary features found in regular audio amplifiers have been eliminated to keep production line operation simple and error-proof. Although it is designed to integrate seamlessly with Listen’s SoundCheck audio test and measurement software, the SC Amp will also work well with other brands of test system.

RTW Distributor For Listen
Meanwhile, RTW, a leading vendor of visual audio meters and monitoring devices for professional broadcast, production, post production and quality control, confirmed it will begin the distribution of hardware and software products and systems from Listen, Inc., a world leader in audio and electroacoustic test and measurement. RTW will be exclusively handling the distribution for Listen’s products in the German and Swiss markets. 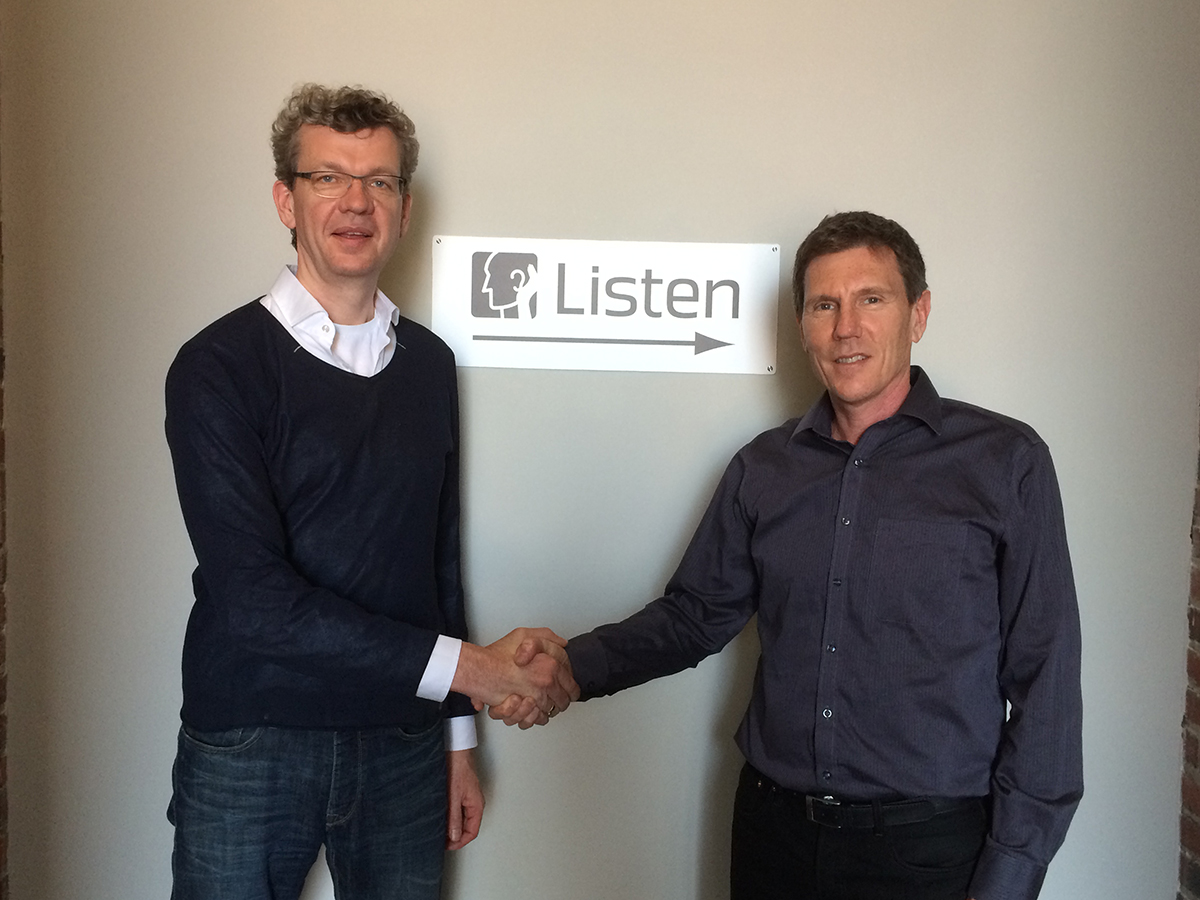 RTW, based in Cologne (Germany), has more than 50 years of experience designing advanced high quality audio metering and monitoring tools. RTW will be delivering complete test systems as well as individual components for audio test and measurement, including a variety of microphones, power supplies, amplifiers, and audio and electronic interfaces.

“RTW is excited to become a distributor of products from Listen, Inc.,” says Andreas Tweitmann, CEO of RTW. “Listen holds all the company values that RTW appreciates. The company’s knowledgeable audio and software engineers are experts in their field and solicit feedback from their customers to better serve their needs. RTW is proud to be the new distributor for Listen, Inc., and looks forward to a great, long-lasting relationship between RTW, Listen and our future customers.”
www.listeninc.com | http://www.rtw.comwww.rtw.com
related items