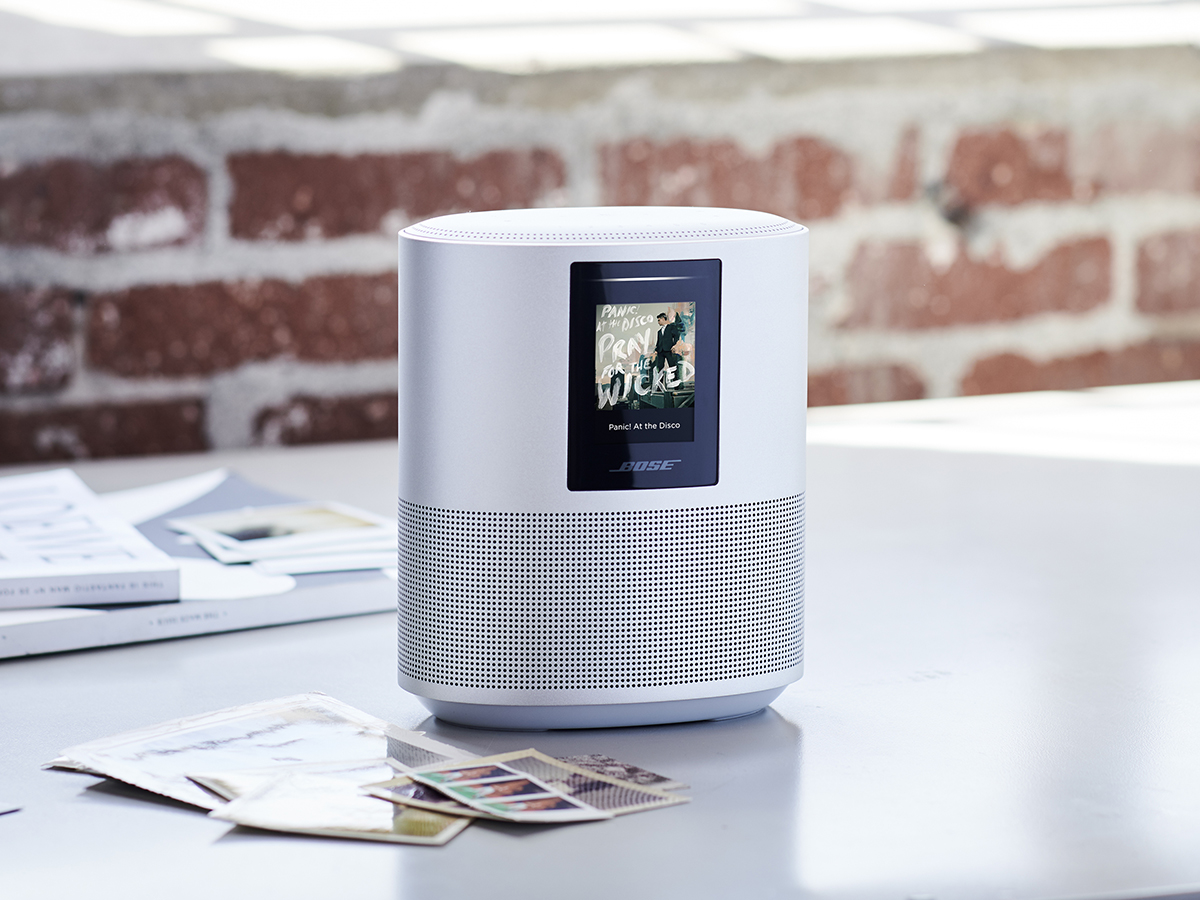 Engineered from the ground up, the new Bose smart speaker and soundbars use the proprietary mic technology found in Bose headsets and headphones to hear commands better over louder listening levels. With Bluetooth, Wi-Fi, and Alexa built-in, they deliver instant, easy access to millions of songs and tens of thousands of skills for information, entertainment, smart home control, and more, the new products "crush" the limitations of spaciousness from a single enclosure, and work brilliantly alone or together as a multi-room system. And they’re all available beginning October 2018.

“Voice-controlled speakers aren’t new, and there are plenty of great options to choose from. But we had a different vision for ours, inspired by what we could uniquely do to make the experience better,” says Doug Cunningham, category manager in the Bose Consumer Electronics Division. “All of our new smart speakers double up on functionality. It takes just one Home Speaker 500 to deliver true stereo separation — there’s no need to pair two. Our Soundbar 700 and 500 are thin and discreet with jaw-dropping surround sound — whether you’re streaming Spotify or watching a movie. They combine Bluetooth and Wi-Fi for unbeatable ease of use, can be mixed and matched to play in sync or separately, and with new Alexa functionality and more VPAs on the way, they’ll only get better over time.” 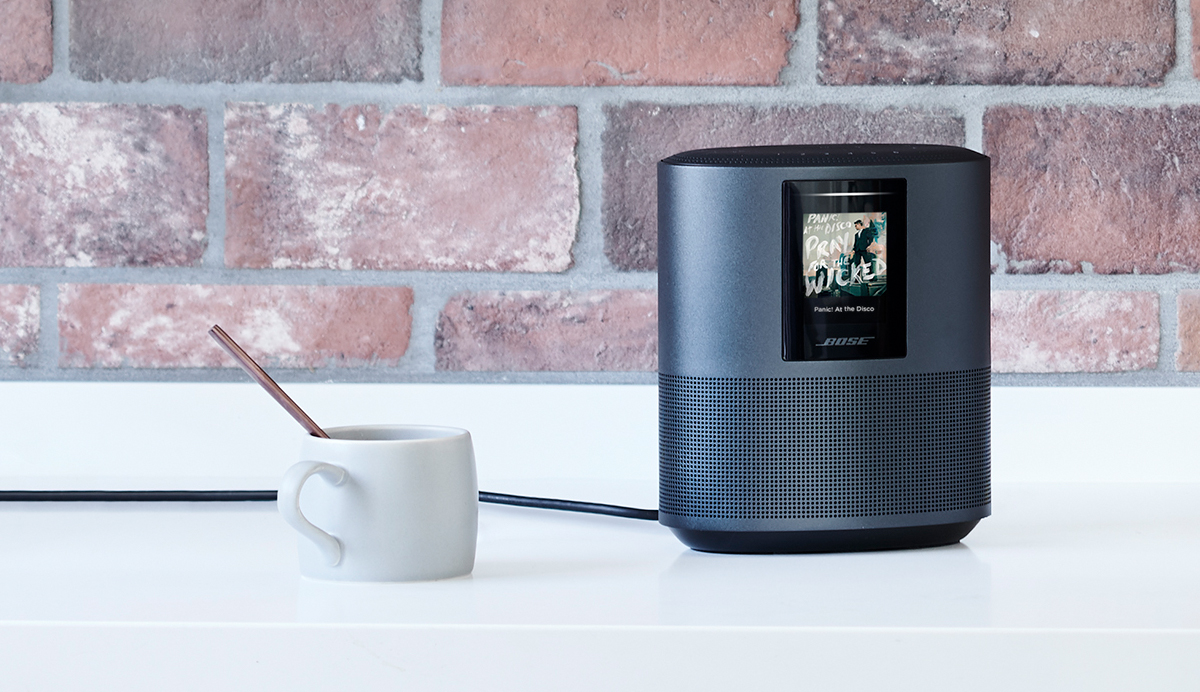 Voice Control — The Bose Microphone Difference
As Bose details, the new Home Speaker and Soundbars use advanced microphone technology developed over years of research for Bose commercial headsets, consumer headphones, and other applications — past and future. They each feature a custom-designed eight-microphone array precisely positioned for accurate near-field and far-field voice pickup — when it’s quiet, noisy, or the music is playing loudly. Whether the user is close by or across the room, or a playlist is set for the background, a party, or competing with conversation, the microphones will capture the user's voice the first time.

Bose says its Home Speaker 500 has the widest soundstage of any smart speaker available today. It’s wrapped in seamless anodized aluminum, is a mere 8" high x 6" wide x 4" deep, and uses two custom drivers pointed in opposite directions — so sound reflects off surrounding walls, separating instruments to the far left and right, and placing vocals where the artist did. The result is powerful and lifelike — without artificial effects or distortion. And when touch control is preferred, or the phone is out of reach, there are buttons for basic functionality located right on top.

The Bose Soundbar 700 was engineered to outperform every other product in its category, matching performance with design. At just over 2" high by 4" deep and 38" long, it has curved clean lines, a wraparound metal grille, and a gorgeous tempered glass top. Inside, it’s packed with proprietary technology. Bose PhaseGuides send multiple channels of a soundtrack or song throughout a space, placing discrete sound in places where there are no speakers. Bose DSP, custom low-profile transducers, and QuietPort technology deliver the needed level of detail and depth for music tracks, movies and sports. To manage the TV or other connected equipment, the Bose Soundbar 700 also comes with an intelligent universal remote.

Like the Soundbar 700, the Soundbar 500 — at 1.75" high x 4" deep and just over 31" long — it’s smaller, thinner, and features a subtle matte finish to fit neatly under a television screen, virtually invisible — until we turn it on. 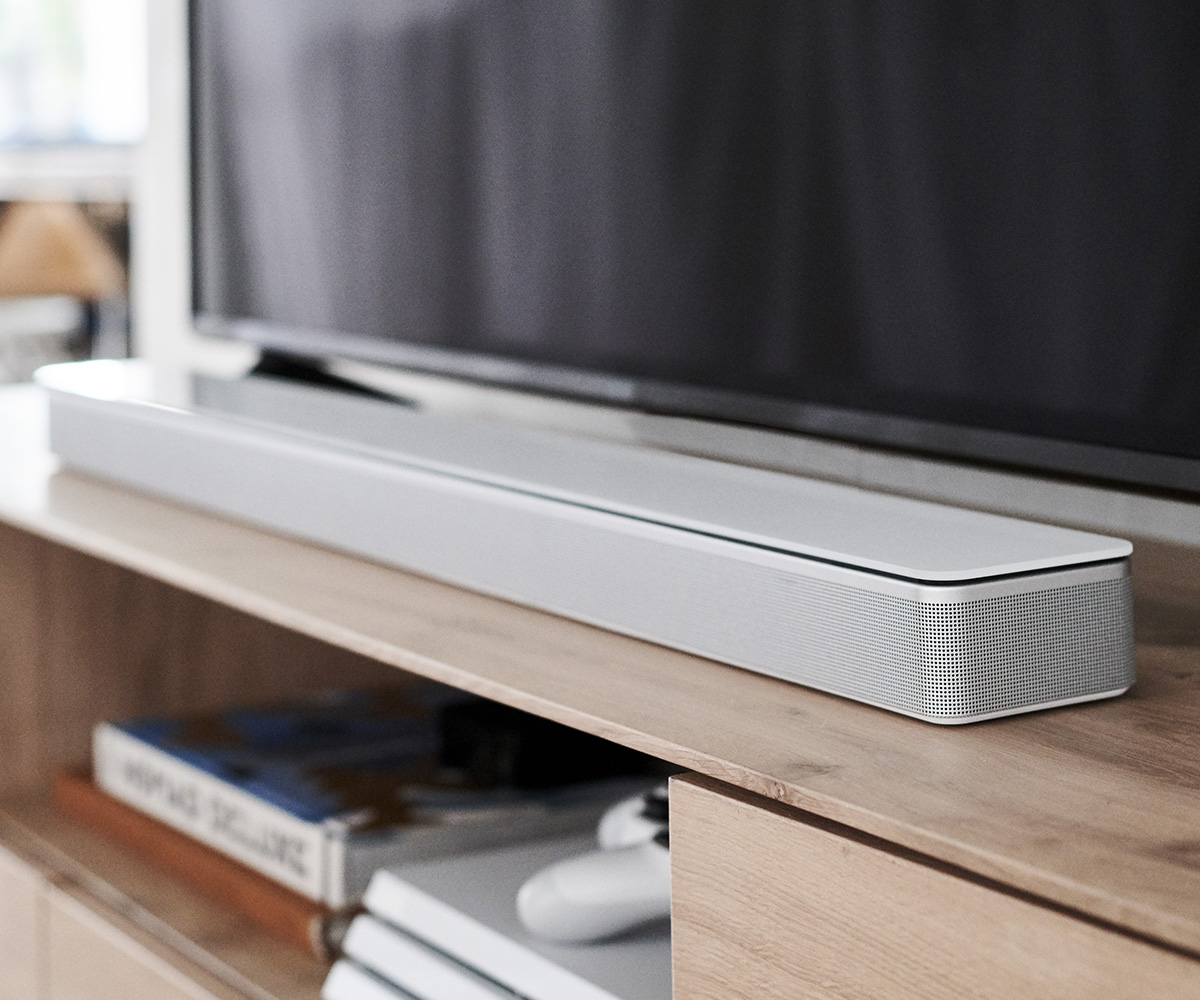 Both soundbars can be wall-mounted or expanded for a full 5.1 experience with the Bose Bass Module 500, a small 10" subwoofer, and very compact Bose Surround Speakers, all connected wirelessly to the soundbar for easier placement. Both models feature HDMI output with Audio Return Channel (ARC) and Enhanced Audio Return Channel (eARC) for compatibility with future technology, Consumer Electronics Control (CEC), Optical TOSLink, and USB input. Both new soundbars use proprietary ADAPTiQ — a technology pioneered by Bose and refined over several years — to acoustically adjust to their surroundings.