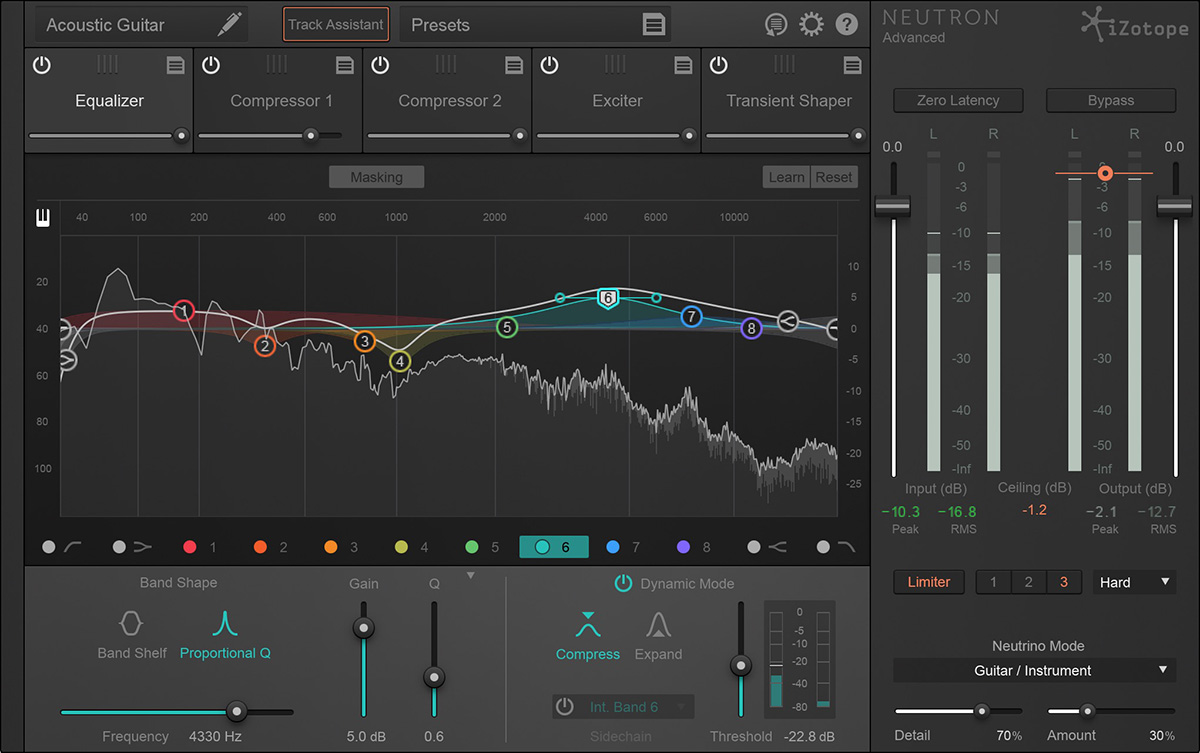 As recently anticipated with the introduction of the Neutrino free plug-in, iZotope is trying to leverage its sophisticated audio analysis technologies to create new “intelligent tools” that are able to help users achieve better results in music production and audio post-production. As an example, Neutron’s new Track Assistant allows users to create a custom preset based on already existing audio, creating a faster starting point for further processing and allowing more time to focus on the mix itself. The idea, according to the Massachusetts-based company, is “like having an assistant engineer at your disposal 24/7.”

iZotope Neutron is able to “listen” to audio, identify instruments, and offer tailored starting points for creating powerful mixes with focus and clarity, acting like a virtual assistant. The idea is not to create an “optimized” automatic tool to replace the role of the producer or the audio engineer, but instead provide quick-results for basic mixing and processing of audio signals, while still offering creative control of the whole process, as iZotope explains. 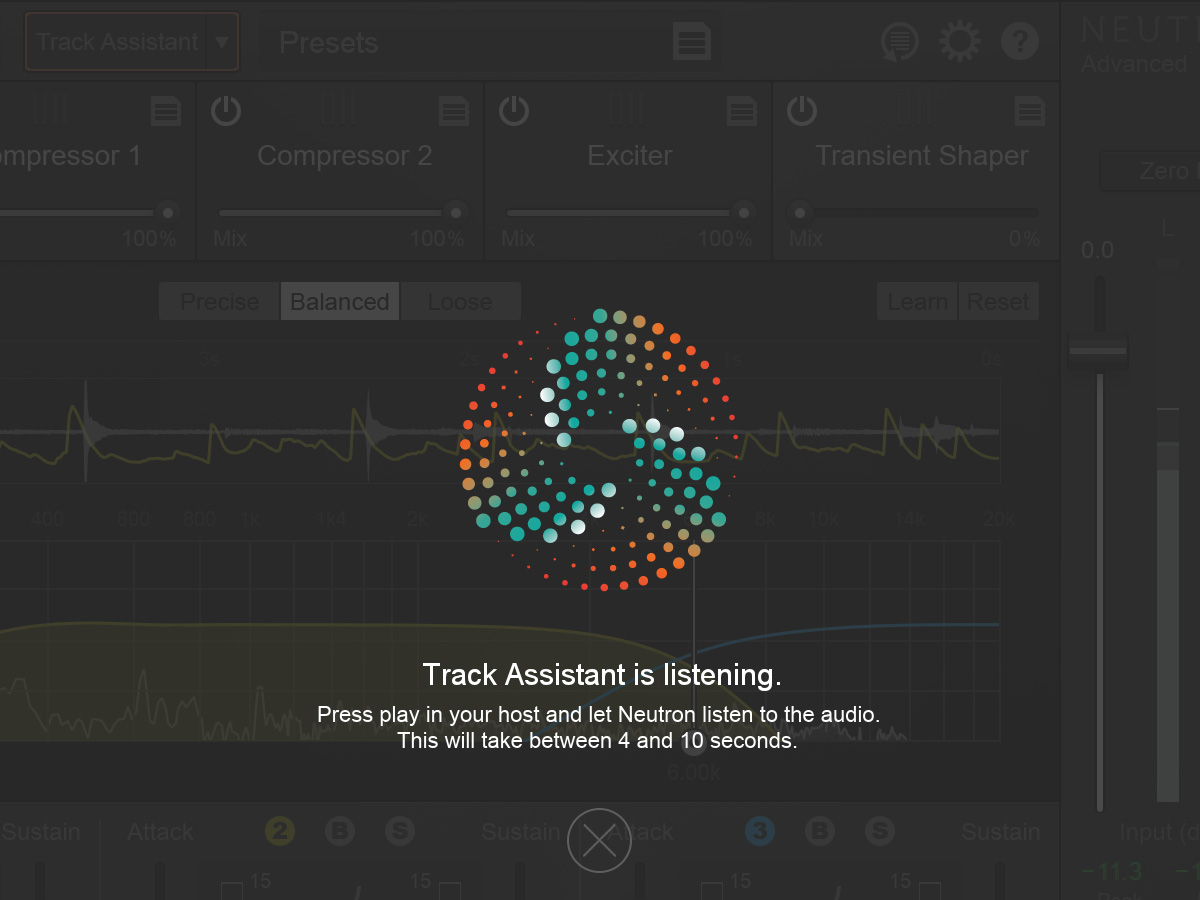 What makes Neutron’s Track Assistant so unique is the ability to automatically detect different instrument types like guitar, vocals, bass, and drums. Neutron then applies the same spectral shaping technology that was the foundation for the Neutrino plug-in to provide subtle clarity and balance to each of the session tracks. Intelligently, after analyzing the incoming audio signal, Neutron places EQ nodes and creates an EQ curve where Track Assistant thinks the user will need them, speeding up the workflow and eliminating much of the EQ guesswork.

Neutron features some of the best audio processing iZotope has ever created, including five mixing processors, all zero-latency capable, such as the static/dynamic Equalizer, two multiband Compressors, a multiband Exciter, and a multiband Transient Shaper, as well as an ultra low-latency BS.1770 True Peak Limiter. Neutron is able to offer recommendations for optimal starting points across all of it’s modules, including compressor thresholds, saturation types, and single vs. multiband modes (including crossover points) – a huge time saver.

When selecting the Compressor module style (Digital or Vintage) the user automatically gets settings for Threshold, Attack, Release, and Ratio, which can be further tweaked, while the Exciter algorithm blends and dials in a custom amount tuned to the audio. By analyzing the existing track material, Neutron is able to offer ‘infinite’ presets that are custom tailored to that particular sound.

Another industry first, Neutron’s Masking Meter allows users to visually identify perceptual frequency collisions, which can result in guitars masking lead vocals, bass covering up drums, and other issues that can cause a “muddy” or overly crowded mix. With the help of this tool, the user is able to toggle seamlessly between any two tracks to carve out sonic space and ensure that each instrument has its own place to shine. 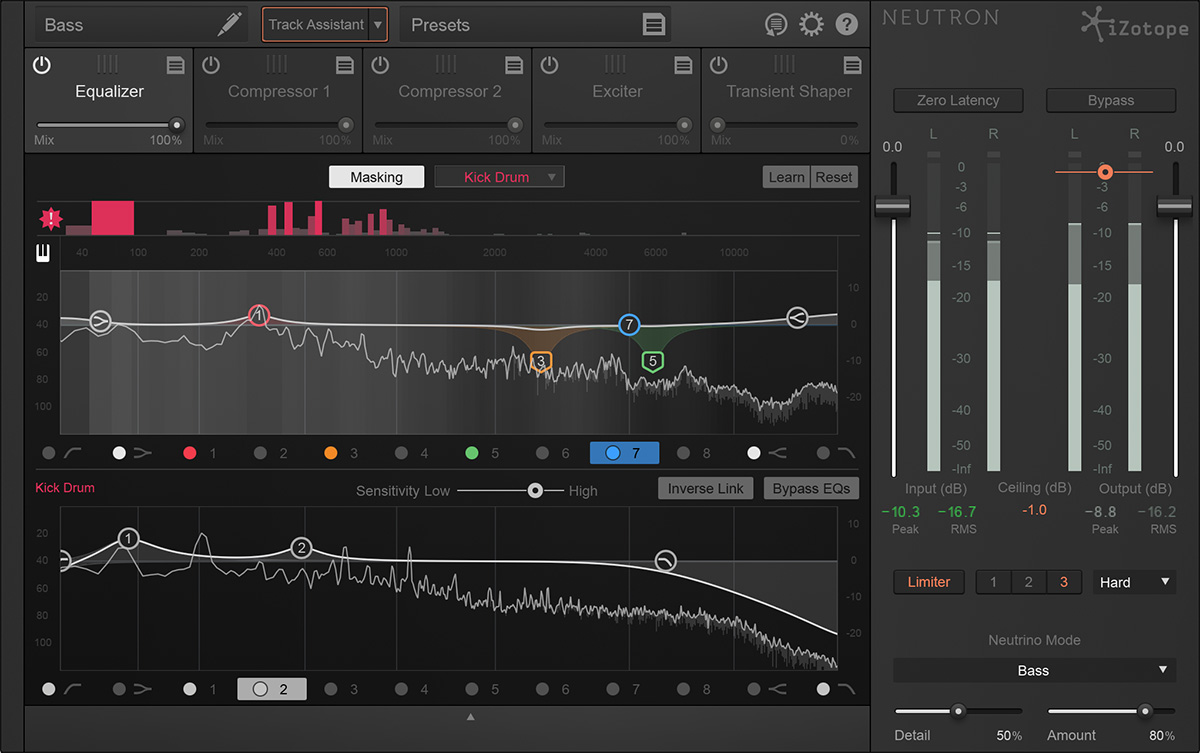 And probably many digital audio workstation users will appreciate the help from Neutron even for very specific tasks, such as the equalizer. Neutron’s EQ features a clean yet subtly warm processing and a pristine analog-style signal path with 12 bands of powerful static and dynamic EQ, a range of new and vintage filter types, and flexible sidechain capabilities.

A parallel processing powerhouse, the versatile Compressor also combines the best features of transparent digital compression styles with the ultimate in multiband control, making the whole process seem much easier. The Exciter easily adds punch, warmth, brightness, and presence to any track without muddying up the sound. Three powerful Emphasis modes and two special iZotope algorithms allow users to fine tune the level of saturation, while the Transient Shaper effectively addresses clarity, perceptual loudness, and impact.

With three distinct algorithms to choose from, the Limiter also offers huge sonic variety when adjusting levels. Each algorithm has three modes for tailoring the character and intensity of the limiting, and Neutron’s detailed True Peak, RMS and Short-term metering provides the accuracy needed for both broadcast and codec standards. 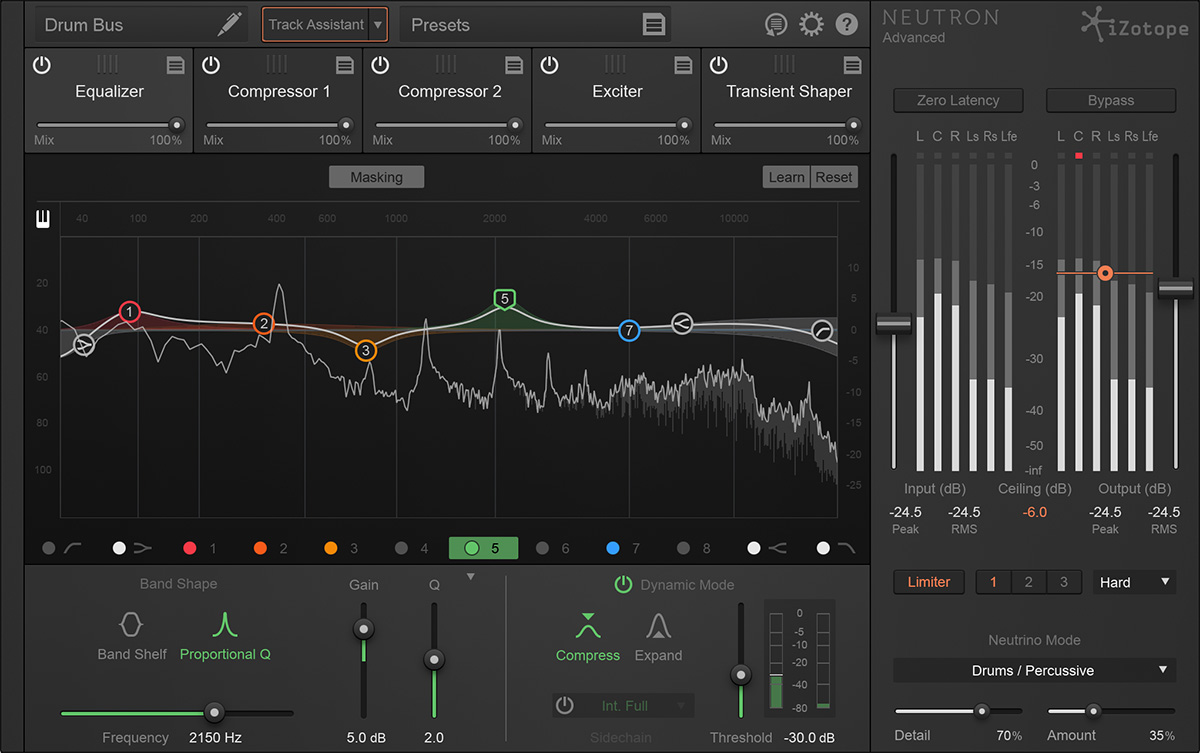 iZotope’s Neutron runs on Windows 7, 8 and 10 or Mac OS X 10.9 onwards and is available in Standard and Advanced versions. Neutron Advanced is optimized for more complex music production and audio post production, adding up to 7.1 surround sound support in all 5 modules and individual plug-ins. Existing iZotope users are able to buy any of the software packages using a variety of crossgrade options and they can also choose to purchase the new Music Production Bundle 2, which includes Neutron Advanced, VocalSynth, RX Plug-in Pack, Ozone 7 Advanced, Insight, Nectar 2 Production Suite, and Trash 2, for only $499 USD, which is the price of the Insight audio analysis and metering tools software package on its own.
www.izotope.com
related items