Paul Barton, innovator and founder of PSB Speakers, is known as one of the pioneers of the Canadian audio industry. Paul recognized the way IsoAcoustics manages the interaction with the supporting surface and is making IsoAcoustics an integral part of his upcoming releases. The first PSB Speaker with IsoAcoustics integration, the CustomSound In-Room Sub (CSIR Sub), will be shown at Integrated Systems Europe show in Amsterdam (February 11-14).

For many years the industry standard has been to use mass and floor spikes to manage the interaction with the supporting surface, but IsoAcoustics award-winning isolation technology is an entirely different approach that is quickly gaining traction and changing the way people listen to music in homes and professional recording studios around the world. In the same way modern tire technology is part of the advancement of modern racing cars, IsoAcoustics technology compliments speakers by managing the connection with the supporting surface. 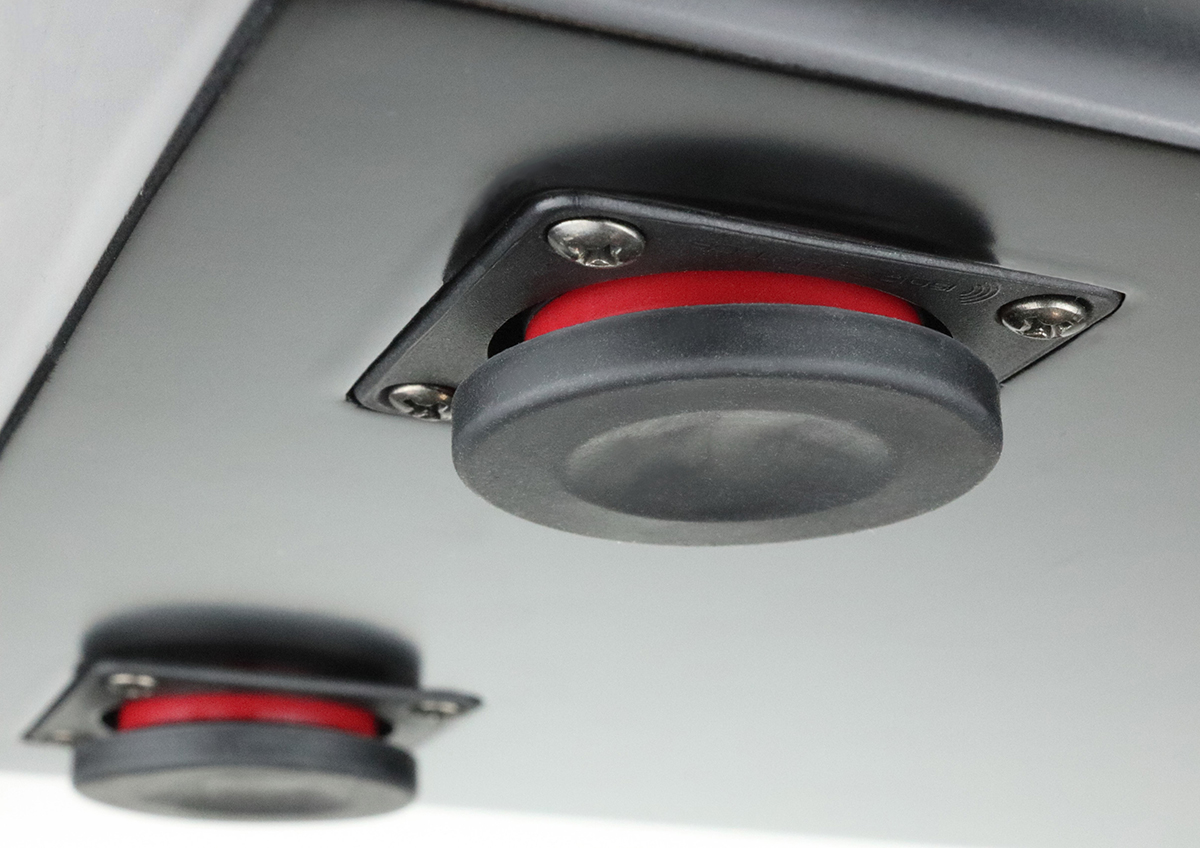 David Morrison – the founder of IsoAcoustics – and Paul Barton first met in Toronto in the mid-’80s at the national TV and radio broadcaster, Canadian Broadcasting Corporation (CBC), where Morrison worked for close to twenty years. Barton’s Passif II speakers had been chosen by the CBC to be used in their radio studios across the country based on performance evaluations carried out by the National Research Council of Canada (NRC).

While working for the CBC, Morrison was so impressed with Barton’s Passif II speakers that he purchased a pair for himself. When Morrison finally met Paul Barton, Paul kindly offered to assist Morrison with setting up the speakers in his home. The two acoustic specialists had in-depth discussions involving speaker design, placement, and testing. Inspired by Barton’s expertise and methodology of measuring sound, Morrison worked on design concepts and tested them at the NRC over the following years and ultimately founded IsoAcoustics.

Like PSB Speakers, IsoAcoustics has become a globally distributed brand. IsoAcoustics patented designs cover multiple applications, from professional audio and studios, to the hifi and consumer market. The company has been consistently introducing new isolation solutions for all markets and establishing solid relationships with some of the world's most prestigious brands. At the recent 2020 NAMM Show, IsoAcoustics introduced new acoustic isolation products for stage and studio.

“Paul Barton has always been an innovator in the audio industry. He was instrumental in building the audio industry in Canada and paved the way for companies like ours,” says Dave Morrison, founder of IsoAcoustics. “I am so pleased he recognizes the contribution IsoAcoustics products make, and I am excited to be working with him and his team at PSB Speakers.”

“What Dave has done with IsoAcoustics is really a Canadian audio success story and we’re proud to be able to collaborate with them,” says Paul Barton, founder of PSB Speakers. “In the end, we don’t have a lot of control over a consumer’s listening environment, so knowing that IsoAcoustics’ products will be integrated into a number of our upcoming products gives me confidence that our speakers are optimized to our consumers’ expectations of quality.”

Representatives from both IsoAcoustics and PSB Speakers will be on hand at Integrated Systems Europe show in Amsterdam, February 11-14, 2020, in Hall #5, Stand #T-140.
www.isoacoustics.com | www.psbspeakers.com
related items