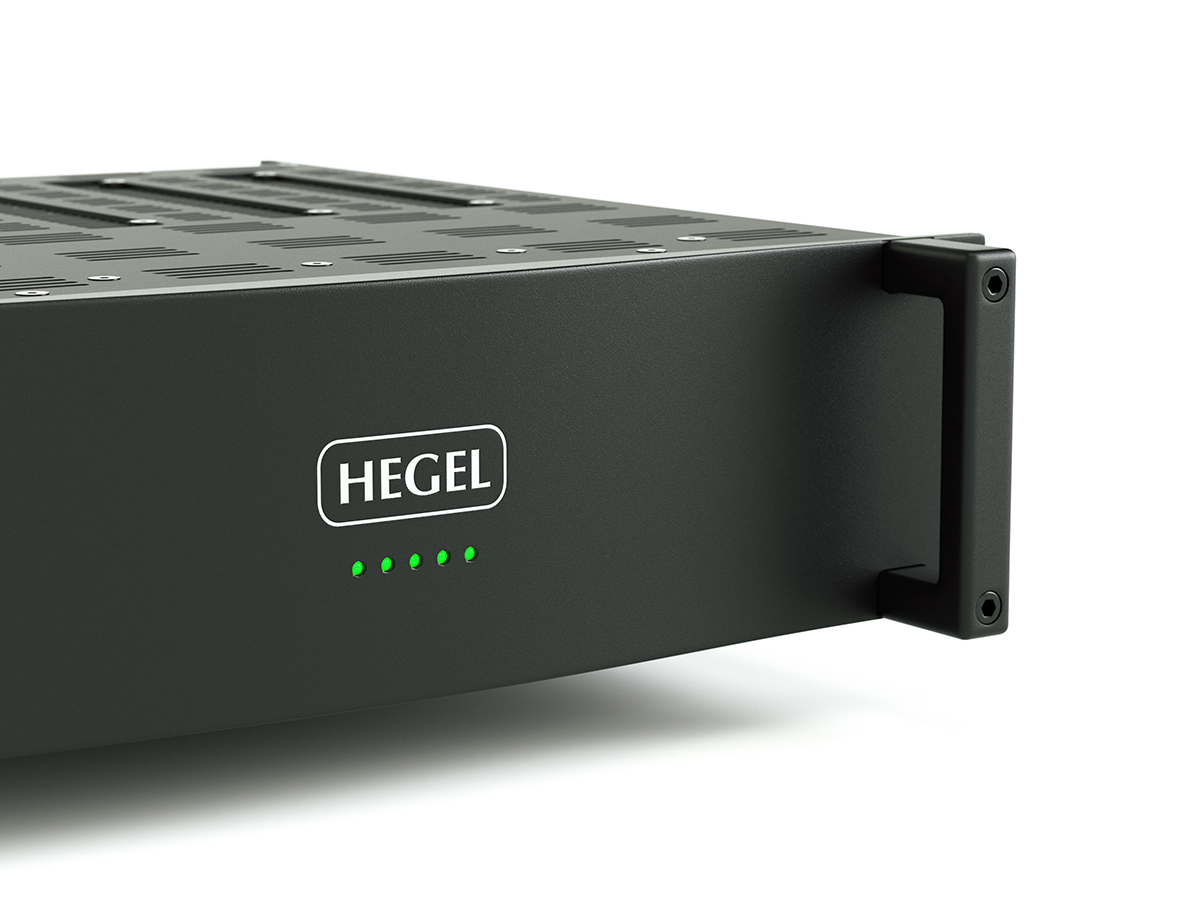 Each within Hegel's C5 Series are Class AB mono-block analog amplifiers rated at 150-watts per-channel. The amplifiers maintain a peak reserve capability that virtually doubles down to 2 ohms, closing in at 600-watts per channel, making them quite capable of driving virtually any loudspeaker to its fullest capability and meeting a wide variety of installer’s needs.

For example, a solo C55 can drive a 5.1 surround sound theater, with simply a few required to drive Dolby Atmos, Auro-3D, and DTS:X theaters. The pedigree and musicality of the amplifiers make them ideal for use in professional recording studios and the most demanding commercial and residential applications. They can also be used to bi-amplify speakers or mate with active cross-overs. 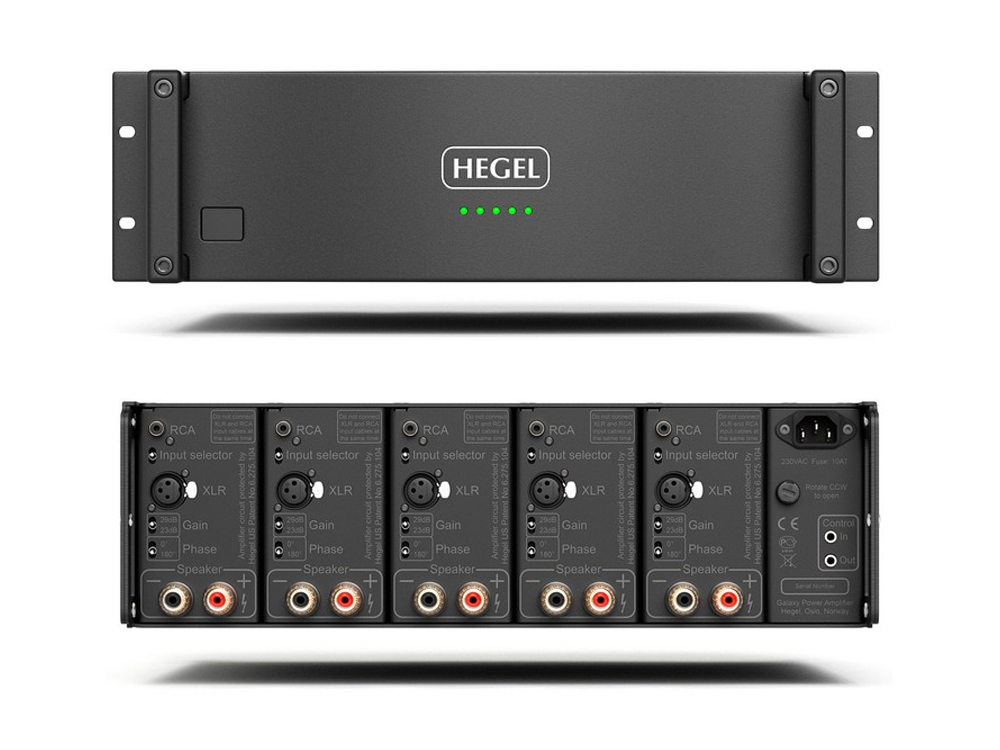 Incorporated in the C5 Series is Hegel’s patented “SoundEngine2” low-distortion technology. Used in the company’s renowned audiophile amplifiers, SoundEngine2 dynamically cancels out distortion elements created within the amplifier’s circuits. It achieves this by playing them back in a negative phase, almost like a noise-cancelling headphone, rendering a unique purity and musicality.

SoundEngine2 has multiple benefits. It combines the power efficiency of Class AB amplifiers with the sonic accuracy of Class A amplifiers, yet without the drawbacks inherent to either. SoundEngine2 also delivers high-performance and very low bias for cool operation, allowing for installation in a 19-inch custom AV gear rack yet without requiring active cooling. Another benefit is the high-damping factor (2000). This makes for complete control of loudspeaker drivers to deliver deep and accurate bass in-step with the type of dynamics and musicality that Hegel amplifiers are known for.

“The C5 is a hybrid between our H30 mono-block and H190 amplifiers,” says Hegel Music Systems’ Vice President of Sales and Marketing Anders Ertzeid. “The C5 is based on the latest SoundEngine2 and the sound from the H190, yet with 50% more output transistors and individual massive toroidal power transformers on each channel. At the same time, it uses the same concept and layout at the output stage as the H30 mono-blocks, resulting in unprecedented speed and slam. Even compared to our giant H590, when people hear the C5 they go ‘Wow… what was that?’” 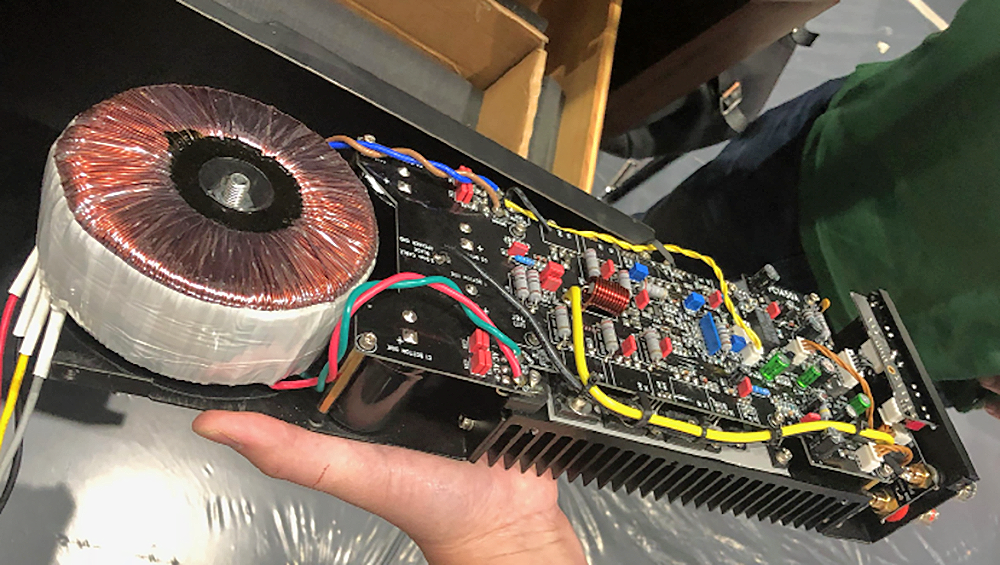 The C5 amps also offer the installer the ability to switch phase individually for each channel as well as select different gain settings for each channel. For integration into a wide variety of systems, the amplifiers are equipped with both RCA line and balanced XLR inputs. In keeping with the custom residential channel, also incorporated are input and output control (triggers). This allows for daisy chaining and makes possible placement of the amplifiers in a separate room for remote on and off switching.

Measuring 3u tall, the C5 amplifiers are equipped with large rack-mount ears integrated into the amp chassis, allowing them to fit in any rack. For added flexibility, also supplied are detachable/adjustable rear mount ears, as well as feet for use when placed atop a shelf or in a cabinet.

“The majority of high-end speakers are 4 ohms, and many will dip into 2 ohms, requiring a lot of current to keep music and action peaks fully reproduced. However, many amps simply choke at that point,” says Brad Paulsen, who is leading the expansion of the brand in the US. "The C5’s will easily deliver down to 2 ohms and in a big way. No matter what application it is used in, or how the installer chooses to configure it, the Hegel Music Systems C5 Series amp always delivers a spectacular soundstage that is open, incredibly detailed and natural."