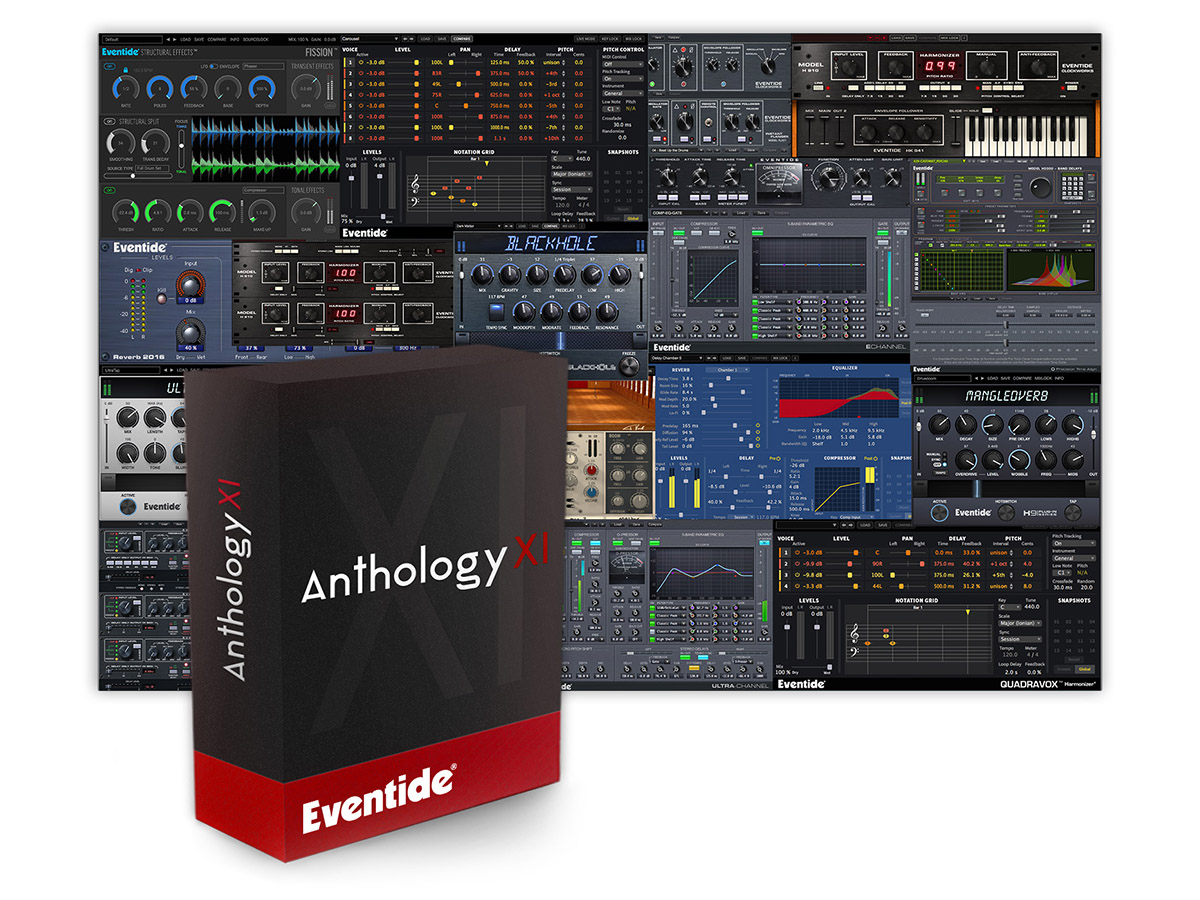 With the addition of Blackhole, Fission, Tverb, UltraTap, MangledVerb, and 2016 Stereo Room, the Eventide Anthology XI plug-in bundle combines 23 timeless tools that inspire, running the gamut from groundbreaking innovations like the TEC Award-nominated Fission — the first product to feature Eventide’s seminal Structural Effects method to split sound into its transient and tonal parts — to emulations of the trailblazing company’s legendary rack-mount effects. Everything.
Anthology XI accesses all areas of Eventide’s evolution…

"For over 45 years, audio pros have turned to Eventide for professional tools that inspire. Now everything — all of our effects — are in one big bundle that includes our latest and greatest hits. For example, there’s an authentic emulation of our H910, pro audio’s first digital effects box whose unique sound inspired all sorts of mischief. We meticulously modeled the analog subtleties, and the plug-in sounds like the original. And, while we’re committed to the authentic recreation of our legendary hardware, we’ll always strive to break new ground. Fission is the latest case in point. It’s nominated for a TEC Award, and, to quote one reviewer, ‘Eventide wants to change how you think about processing audio…’ True enough. Always have, always will,” states Eventide Director of Marketing Communications, Nalia Sanchez.

Anthology XI’s 23 plug-ins are available as AAX/AU/VST formats for Mac OS X 10.7+ and Windows 7+ (with no iLok dongle required) — represent a combined value of over $3,500.00 USD if purchased individually. The bundle can be purchased at an introductory price of $899.00 USD. Upgrades from Anthology X and from individual Eventide plug-ins are also available. Sale ends January 11, 2018. MSRP thereafter is $1,799.00 USD.