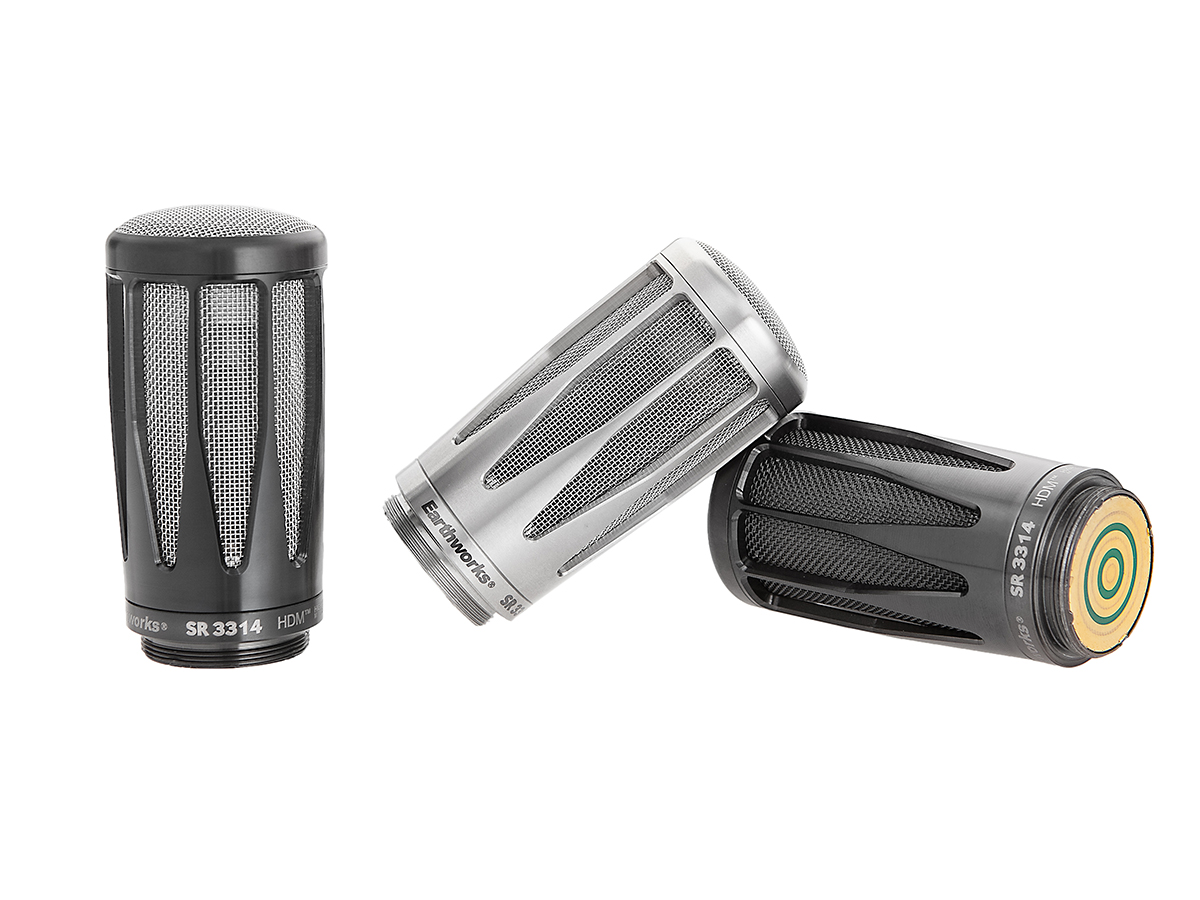 For NAMM 2020, Earthworks Audio has taken another bold step into the live sound reinforcement market with the release of the SR3314 and the SR5314 wireless vocal microphone capsules. These microphones couple a studio-quality small diaphragm cardioid condenser capsule with a Class A amplifier circuit that leverages Earthworks patented and proprietary technologies. This combination, Earthworks claims, makes it “the most responsive and fastest microphone capsule on the market.“

Both capsules are based on the recent Earthworks SR314 vocal microphone, which was nominated for the 35th Annual NAMM Technical Excellence & Creativity (TEC) Awards in the category of Outstanding Technical Achievement (Microphones – Sound Reinforcement). Presented by The NAMM Foundation, The NAMM TEC Awards are widely recognized as the highest honor dedicated to the pro audio and sound recording industry.

Enveloped in a precision machined stainless steel exoskeleton, the SR314 is a studio quality small diaphragm cardioid condenser capsule coupled with a Class A amplifier circuit that leverages Earthworks’ patented and proprietary technologies, making it one of the fastest and most responsive mics on the market.

The SR314 shines onstage, directly addressing the challenges artists and engineers alike face when in these dynamic live environments. And the same features are now available in the new wireless vocal microphone capsules.

“Engineers and artists want the clarity of a studio condenser on stage but it’s historically been too risky,” says Gareth Krausser, COO for Earthworks. “Our new vocal capsules change that. These microphones behave like a dynamic but they have that enveloping immersive sound that connects the audience to the artist.”

The extended flat frequency response and a focus on clean impulse response are other characteristics that set these capsules apart. But it’s their tight cardioid polar pattern, their consistent low frequency response across a wide range of distances, and their extreme attenuation of sound sources located beyond 90 degrees — with maximum rejection at 180 degrees — that makes them ideal for live performances.

“Our vocal microphones deliver the same quality of sound even when the singer moves off-center,” says Krausser. “There’s no proximity effect. They eliminate feedback and their off-axis rejection is outstanding.” 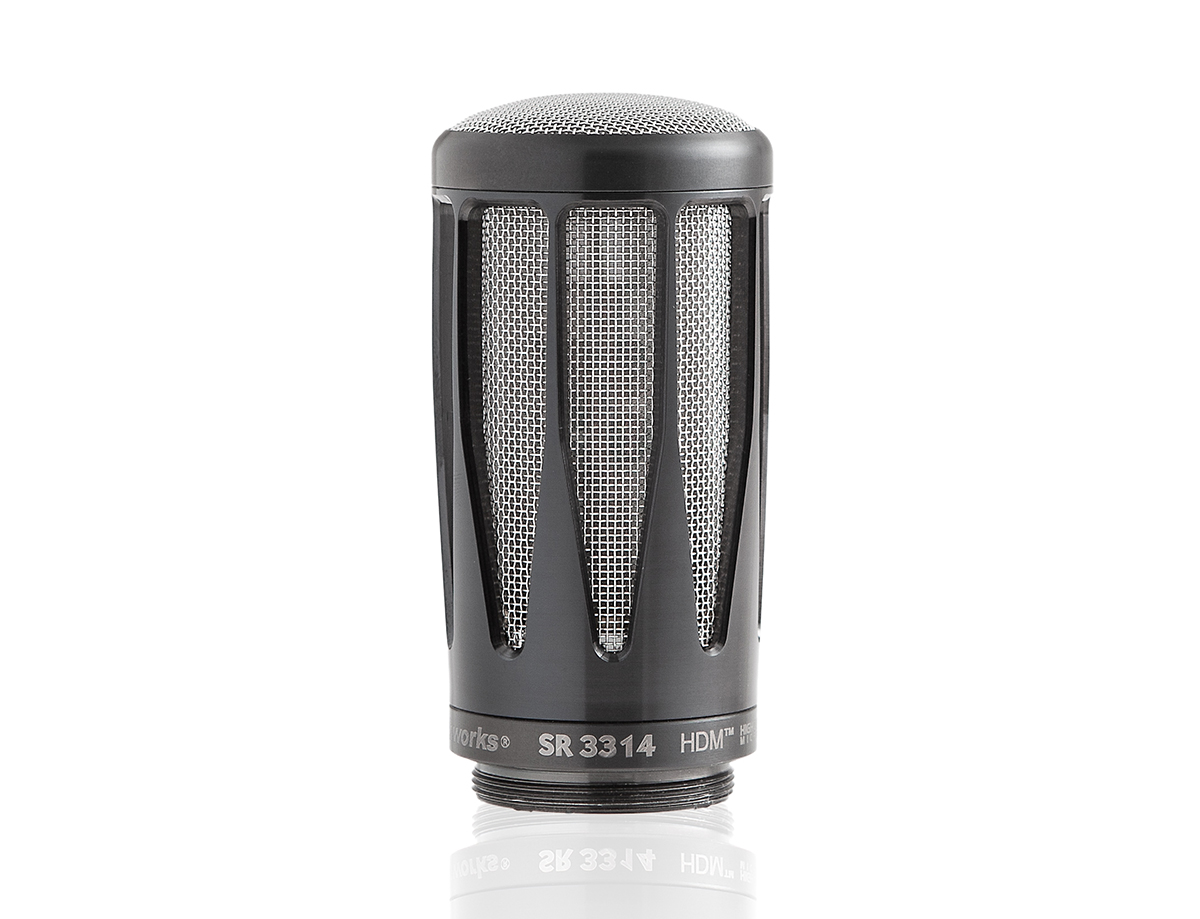 The SR3314 is designed to work with any handheld wireless transmitter that utilizes a standard 3-ring concentric connector. This includes wireless microphone models made by Shure, Lectrosonics, Sony, Line 6, Audio-Technica and others with a compatible 3-ring connector.

Both capsules have a MAP of $699 and will be available through all traditional pro audio and MI channels starting in February 2020.

25 Years for Earthworks
At the 2020 NAMM Show, in Anaheim, CA, Earthworks Audio is also celebrating the company’s 25th anniversary. Earthworks Audio accidentally started 25 years ago when David Blackmer began building Hi-Fi speakers. This was well after he sold dbx — the company known for audio noise reduction that he founded in 1971 — and well before the rise of High Resolution audio. 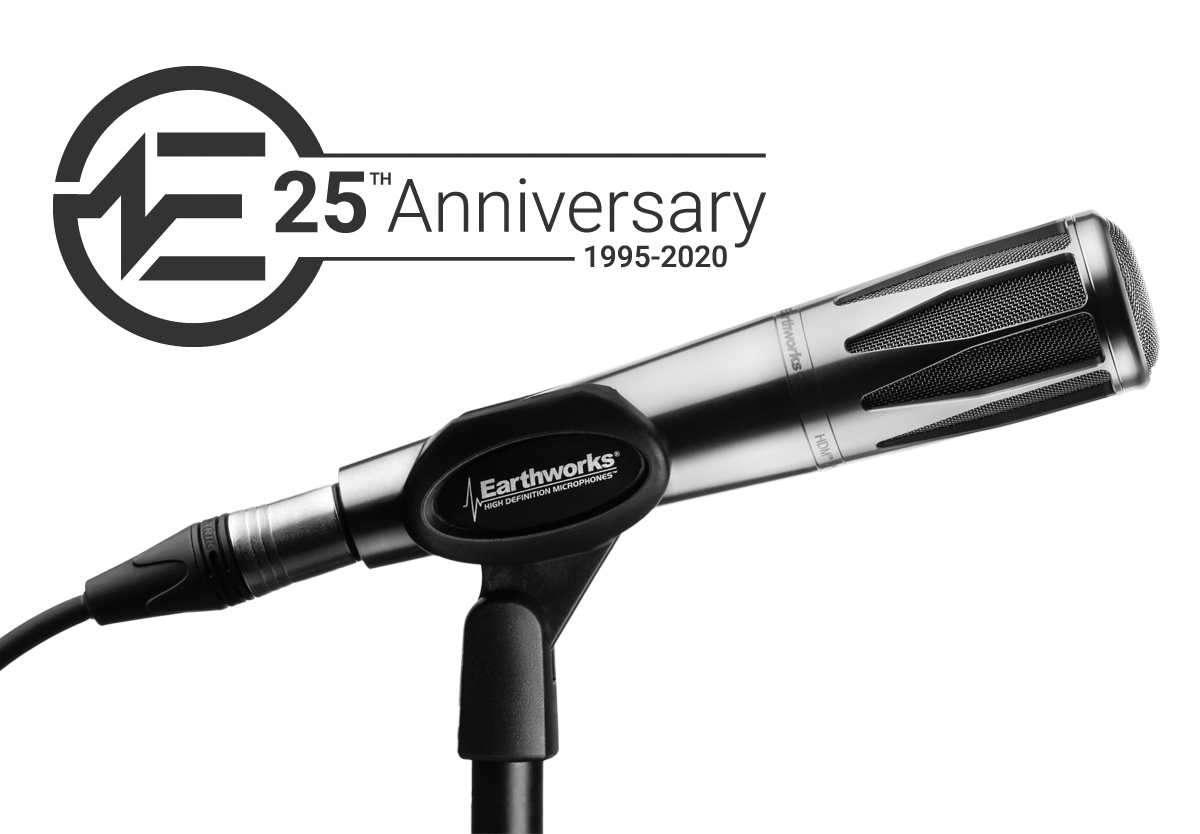 David always believed in a world beyond 20 kHz and much of his pioneering work revolved around the role of ultrasonic frequencies in sound reproduction. He knew that something was missing in the signal chain and he wanted to make speakers that viscerally sounded like what he felt when he sat in the front row of the symphony.

As he began measuring the speakers he was building, he noticed that what he was hearing and experiencing was different from what he was graphing. He noticed that different components affected not just how he perceived the high frequencies, but also how they affected the overall sound — even though on paper, everything read the same. So he built measurement microphones to capture and understand those discrepancies.

“David enjoyed live music and interacting with the musicians” says Heidi Robichaud, co-founder of Earthworks Audio. “And some of those musicians took David’s measurement microphones to a gig — just for fun. Just to see what they could do. When they came back, they begged to buy them on the spot.”

What those musicians heard was time domain accuracy. David Blackmer understood that in order to prevent the smearing of time — high resolution microphones needed lightening fast impulse response combined with a flat frequency response extending out past 20 kHz.

Word of mouth spread and orders for the microphones never stopped. Now, as Earthworks moves into its next 25 years, the tenets of the company have never been more profound.

“The awareness and demand for immersive Hi-Res audio has never been more prevalent,” says Robichaud. “David’s vision is here and as we enter this golden age of Hi-Res streaming and broadcasting, everything we’ve worked towards for the last 25 years has come to fruition.”

Earthworks has been on a quest for truth and accuracy for 25 years and they remain even more committed to their founding goals now as they move into live sound reinforcement — bringing their high definition audio microphones to the stage.
www.earthworksaudio.com
related items