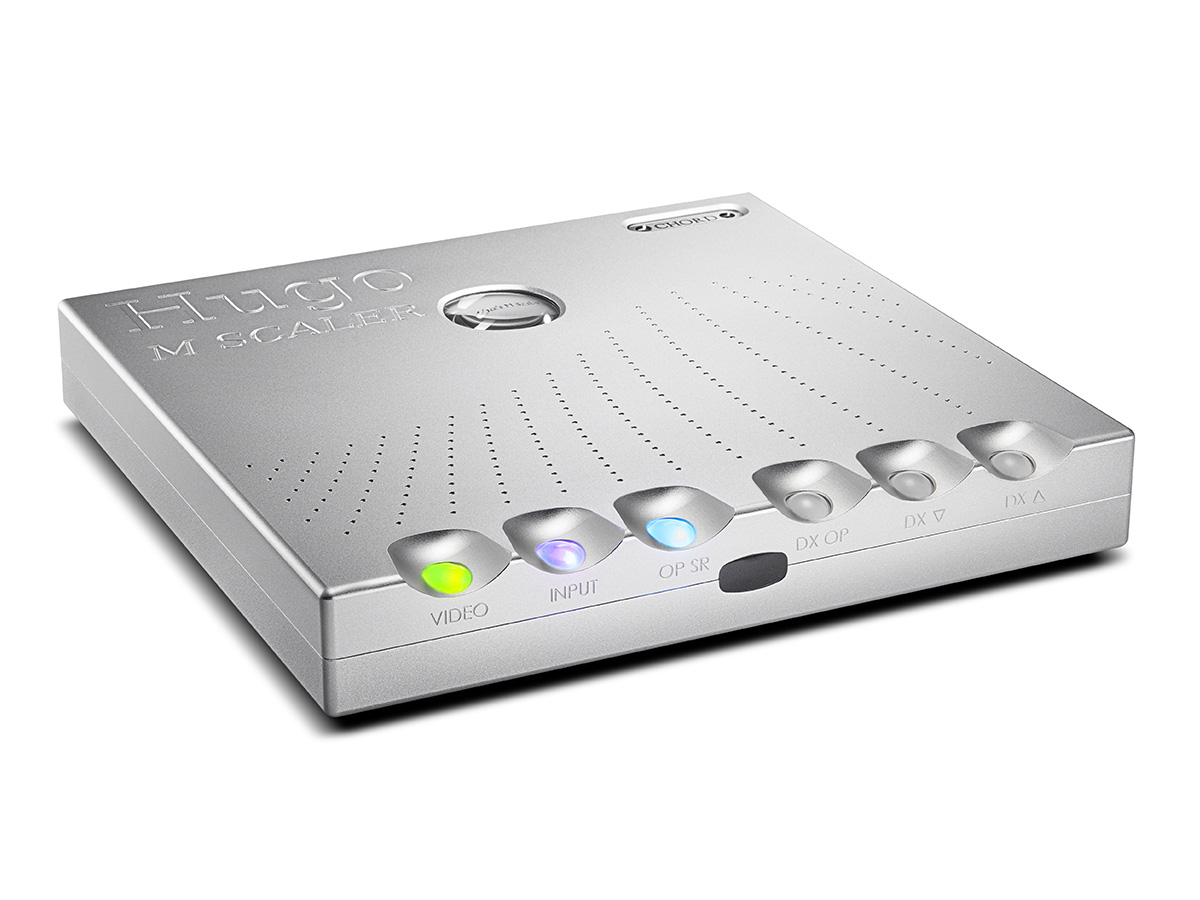 According to Chord Electronics, this highly advanced standalone upscaler is capable of redefining sound quality from digital audio, using "the world’s most advanced filter technology" to upscale CD standard digital audio up to 16x its native resolution, ready to be passed to a suitable DAC - yes, a proper dedicated DAC is still needed after that!

For users who have downloaded actual 24-bit/96kHz material, the new Hugo M Scaler also extends its upscaling performance to 768kHz, transmitting the result to the dual-BNC-input Chord Electronics DACs: DAVE, Qutest and the new Hugo TT 2.

Also according to Chord, the upscaler will benefit other audio equipment such as streamers; smartphones and smart devices; laptops and computers; CD/DVD players/transports and much more - even if it was optimized for use with the before mentioned Chord Electronics DACs for the maximum 768kHz upscaling/decoding benefit. The new Hugo M Scaler can be used with "other DACs with suitable inputs," subject to their decoding capability. "Hugo M Scaler’s advanced upscaling technology can improve the sound quality of all (digital-source) set-ups, whether headphone or desktop-based or within conventional hi-fi systems," Chord states. 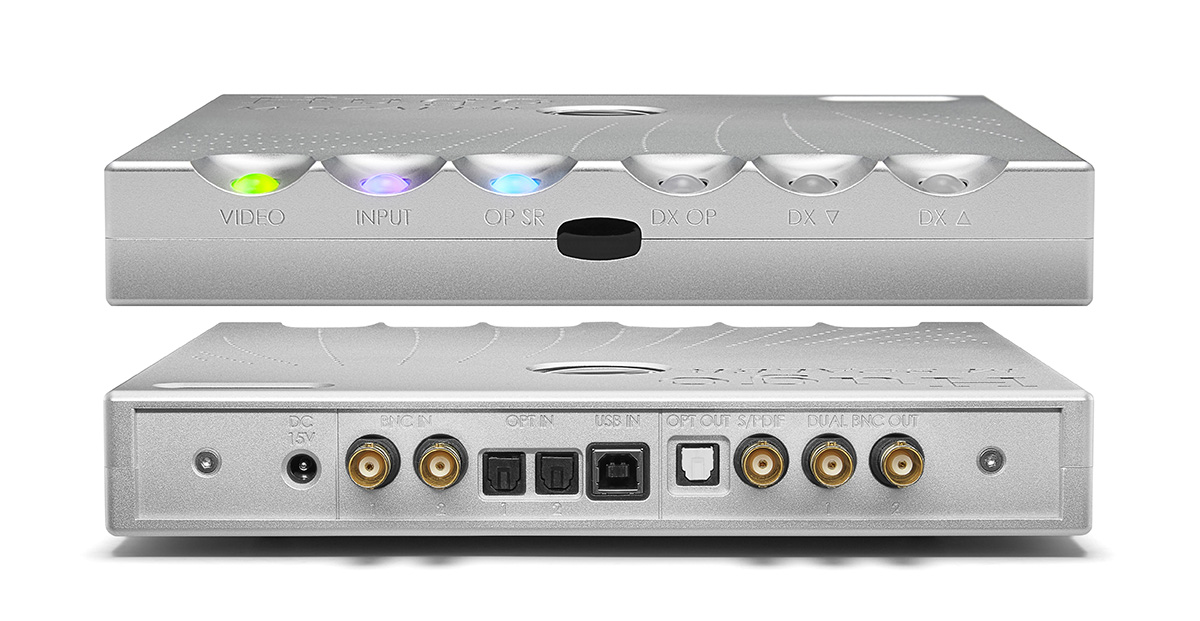 The Hugo M Scaler device features five digital inputs with 2x BNC, 2x optical, plus a galvanically isolated USB Type-B. The USB-B input is compatible with DSD and PCM data (up to DSD 256), with DSD upsampled to PCM "using proprietary filtering, which has much better attenuation of DSD noise and distortion." Outputs include optical, S/PDIF and galvanically isolated dual BNC, the latter of which enable upscaling to the maximum resolution (768kHz from 96kHz data) for direct connection to the 768kHz-capable dual BNC digital inputs featured on the DAVE DAC/pre/headphone amp, the recently announced (High End 2018, Munich) Hugo TT 2 DAC/pre/head amp and the new Qutest standalone DAC.

The Hugo M Scaler’s compact form factor aligns with the TT (Table Top) series and has been designed to be stackable with other units in the range, including the TToby stereo power amp and the aforementioned Hugo TT 2, to form a highly advanced yet space-saving system.

In line with other models in the Hugo and Hugo TT series, the device features a number of illuminable fascia-mounted spherical controls, governing input selection, output sample rate and video mode for lower latency. As with previous Chord Electronics digital devices, the control spheres display data visually including input source and the incoming sample rate, using a polychromatic scale. The Hugo M Scaler also features front-panel ‘DX’ controls which have been included for use with future products.

The upscaler benefits from an adjustable sample rate output (with pass-thru mode) enabling user-defined control, subject to the technical limitations of the output type: 192kHz optical; 384kHz BNC and 768kHz dual BNC, plus a video mode for lower latency. Further extending its functionality is auto video and source selection.

Now, if anyone complaints again for the fact that many hi-res downloads are actually standard CD-quality files that have been converted to higher resolution and sampling frequencies with no audible benefits (and many potential resulting audible artifacts in the process), at least they should know they can get the Hugo M Scaler technology to make magic happens - or instead invest on a $1,000 better power cable, whatever is easier.

In Chord's defense, anyone purchasing the Hugo M Scaler is getting the powerful new Xilinx XC7A200T FPGA, which benefits from 740 DSP cores in order to be able to apply enormous processing power to support the company's sophisticated interpolation filters. And like all Chord Electronics’ products, the Hugo M Scaler is designed, engineered and entirely made in the UK. It features a precision-milled chassis, crafted from aircraft-grade aluminum and comes with a three-year warranty. It will be available in the autumn 2018. Until then, we are stuck with our standard CD files and existing high resolution audio material.
www.chordelectronics.co.uk
related items