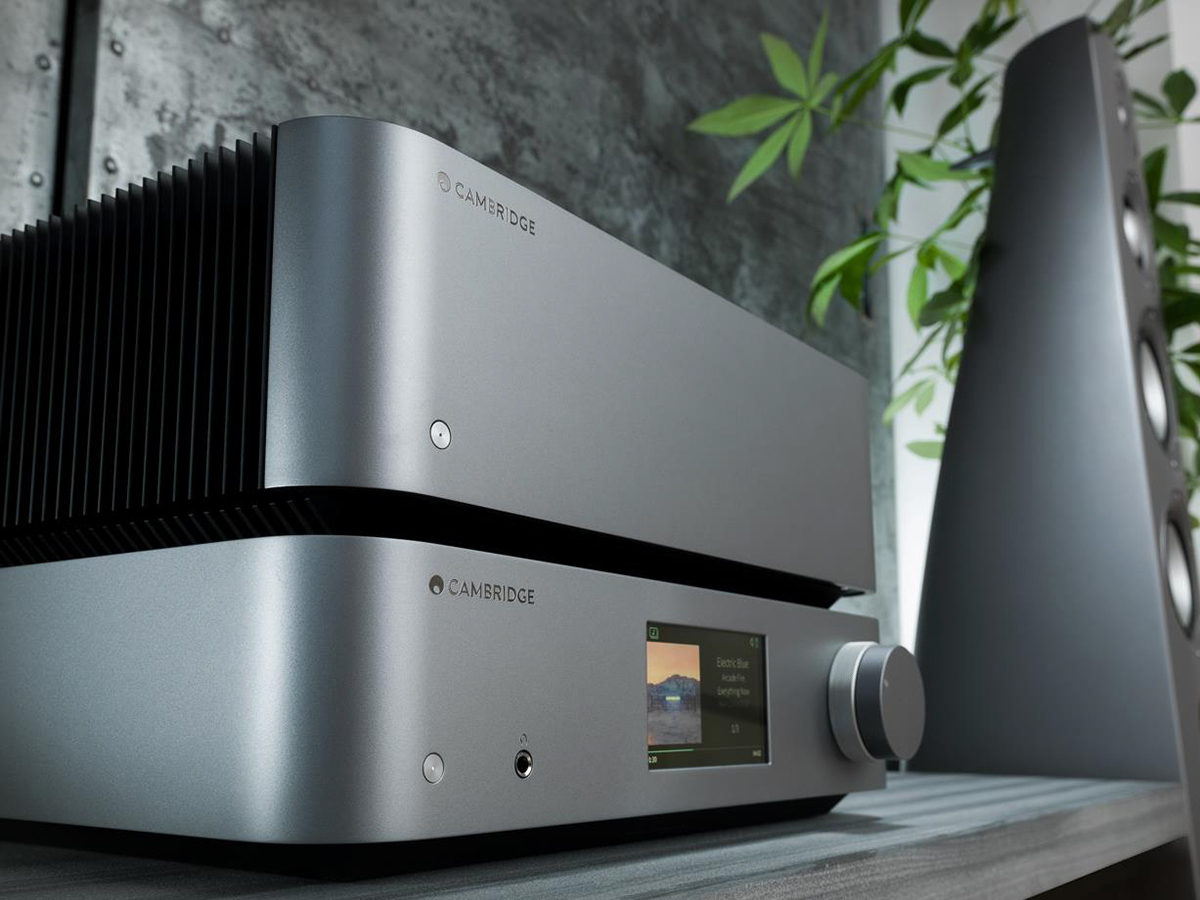 While the new Edge series will be available in June from select authorized retailers in the US and worldwide, the new series is clerkly representative of the best British audio hi-fi tradition, with many established manufacturers still maintaining the highest standards in design and engineering of high end living room stereo components, even if updated here and there with modern connectivity options. Companies like Cambridge Audio make many products that remain almost exclusive to its home market in the UK, as diverse as speakers for under TV, soundbars and even portable Bluetooth speakers. On the high-end front, nevertheless, British hi-fi manufacturers (as with other European brands) remain a reference in the global marketplace, designing and marketing products that very few other companies still dare to even think of producing. And Cambridge Audio has been doing just that for the past 50 years!

Reflecting that "pioneering hi-fi" spirit, the new Edge series celebrates the company's 50th anniversary with a new standard for sound and design. The new series builds on Cambridge Audio’s driving principles of creating products that bring the “Great British Sound” – a pure, unfiltered audio experience – into the home. The Edge components also offer the company’s most accomplished system to date, named after Professor Gordon Edge, one of Cambridge Audio’s founders, an entrepreneurial force of the Cambridge technology cluster and inventor of the company’s first product, the P40 integrated amplifier, launched in 1968.

“Edge has been a project of passion for Cambridge Audio. With our 50th anniversary approaching, we saw an opportunity to push the boundaries of our abilities to create something truly unique, something truly inspirational. We removed all limitations during development of Edge – anything goes so long as it’s in pursuit of the best system we’ve ever made. The results speak for themselves. Edge is sublime,” says Stuart George, Managing Director, Cambridge Audio.

The separate units that make up the Edge series - the Edge A integrated amplifier; the Edge NQ pre-amplifier and network player; and the Edge W power amplifier - are all connected by a shared engineering and design philosophy. Three simple principles true to each unit. Firstly, components within Edge were chosen for their “sonic merit” alone. Price, specs, measurements, etc. were all disregarded in favor of what genuinely sounds best -  a "listen first, measure later" approach, as the company describes.

Secondly, Cambridge Audio’s engineers were fanatical in their efforts to keep the signal path short. Only 14 components feature in the signal path of the Edge W power amplifier with capacitors removed altogether. Every component has been selected for its sonic merit through blind auditions – not price, specs, nor measurement.

And finally, it was imperative Edge featured a beautifully simple exterior. This was achieved through a “ground-up” design process, resulting in hi-fi separates with a unique look. The series introduces a completely new design that has taken over three years for the dedicated, nine-person, in-house engineering team to complete, as they explain.

In that very same tradition, Cambridge Audio refuses to follow industry trends and reimagines even its amplification topology, creating what they call "Unique Class XA amplification technology," by "shifting the crossover point out of audible range, offering the sound quality of Class A but with more efficient performance." Detailing even more the approach followed, the new Edge W power amplifier features opposing symmetry twin toroidal transformers that cancel out stray electromagnetic interference.

On the updated preamplifier/network player component, Cambridge used its own proprietary streaming platform, StreamMagic, updated to offer improved compatibility with new sources such as AirPlay, Spotify Connect, and Chromecast, all built-in, which allows streaming from a wealth of apps, including TIDAL. Edge NQ’s printed circuit board was meticulous engineered to reduce interference and ensure a clean sound. Additionally, it supports Bluetooth aptX HD.

The Edge series will be available in June 2018 in select authorized retailers and will be presented in upcoming shows, in Europe, Asia, and North America, like AXPONA (USA), SIAV (China), and the High-End Show (Germany). The Edge A integrated amplifier will retail for an estimated $5,000 USD, the Edge NQ pre/network player for $4,000, and the Edge power amplifier will cost $3,000.
www.cambridgeaudio.com
related items