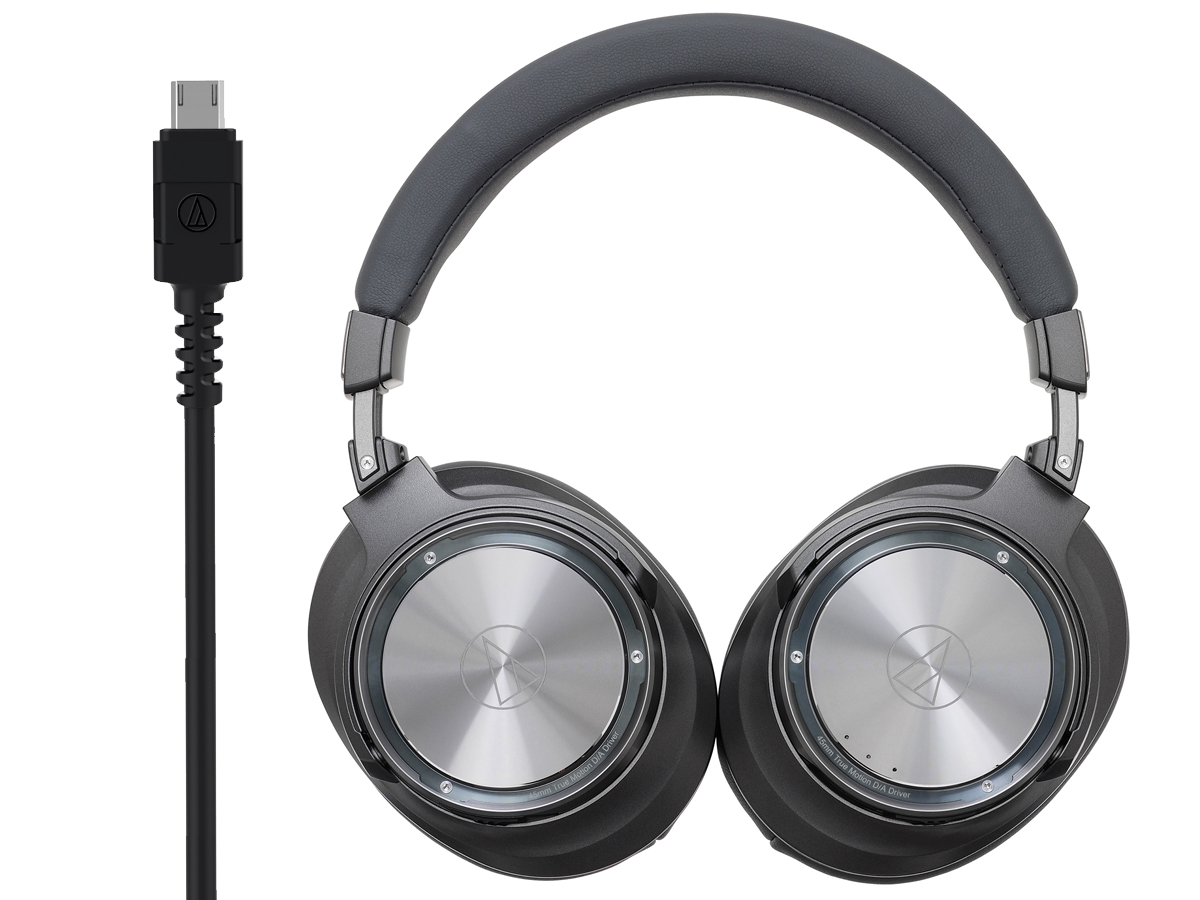 The ATH-DSR9BT’s Pure Digital Drive system keeps the audio signal completely in the digital domain from the source direct to the headphone drivers. Typically, in headphones using Bluetooth wireless technology, the digital signal goes through a series of steps that process and transform the wireless signal. With each processing step, there’s an opportunity for distortion and disruption in the audio quality. With the ATH-DSR9BT’s Pure Digital Drive system, Audio-Technica combines its engineering know-how of designing headphone drivers with the latest technology.

In the system, the Trigence Semiconductor Dnote chipset is used instead of a traditional D/A converter and amplifier. The Dnote system keeps the audio signal entirely in the digital domain from the source right through to the driver, thereby eliminating the opportunities for disruption or distortion that occur in the conversion stages employed in traditional systems. The digital pulses generated by the chipset directly excite the voice coil(s) of the driver to move the diaphragm forward and backward to create the sound waves heard by the user.

In order to make the Pure Digital Drive system a practical reality, Audio-Technica engineered the drivers from the ground up, utilizing a very light and responsive DLC (Diamond-Like Carbon)-coated diaphragm, a four-wire twisted voice coil and other newly-developed technologies to deliver superlative fidelity with extended frequency response. The headphones support aptX HD, aptX and AAC codecs (as well as the SBC format) at up to 24-bit/48kHz signals in Bluetooth mode and deliver Hi-Res Audio playback at up to 24-bit/96kHz when connected to a digital source with the included USB cable. 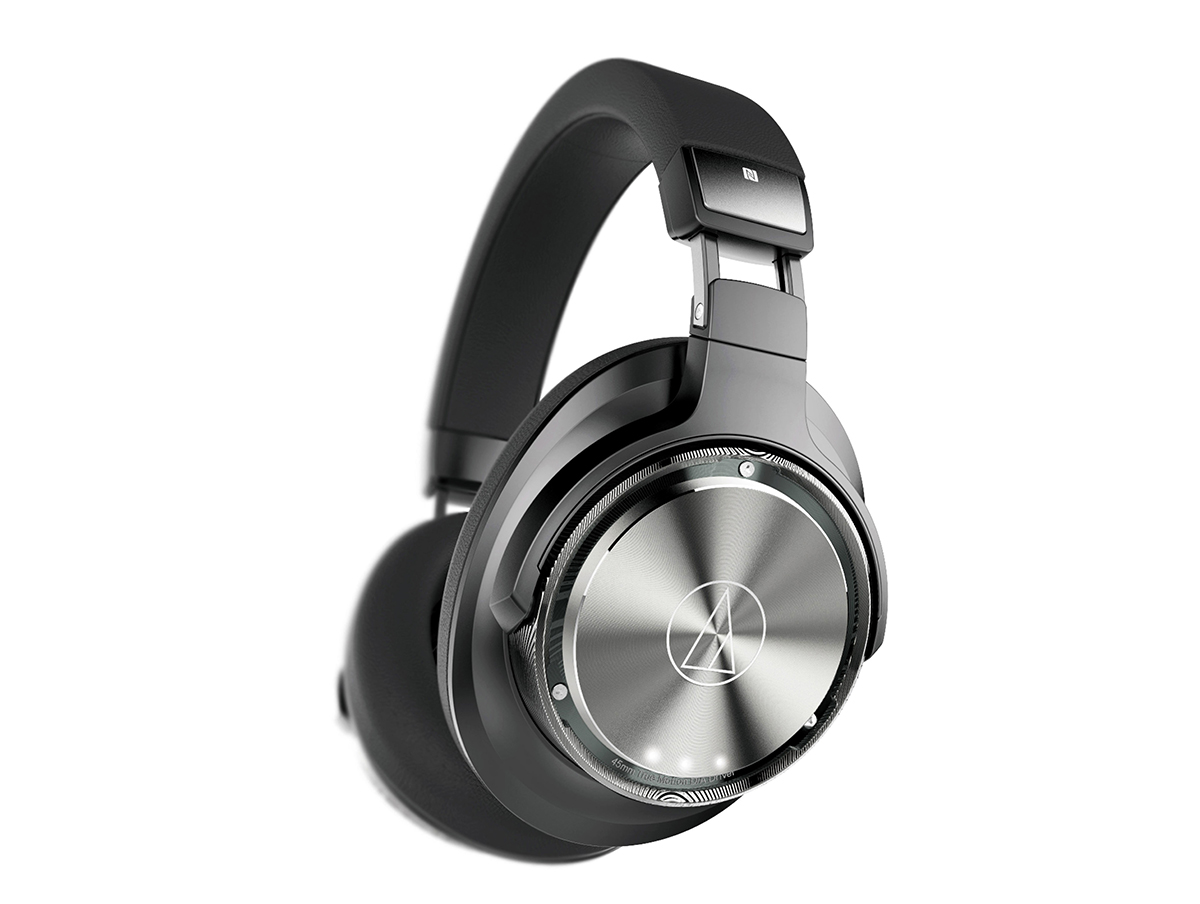 The ATH-DSR9BT is equipped with a microphone, volume control and simple tap control for answering/ending calls and playing/pausing music on a smartphone or other device. Three LED indicators allow users to easily monitor pairing and charging status, battery level, and the codec currently in use. The headphones’ internal lithium polymer battery provides approximately 15 hours of continuous use (up to 1000 hours in standby mode) and can be recharged using the included USB cable.

AT-ART1000 phono Cartridge
The AT-ART1000 phono cartridge’s Direct Power System places its dual moving coils directly on top of the stylus tip (rather than at the base of the cantilever as in conventional designs), enabling the cartridge to deliver extraordinary fidelity. 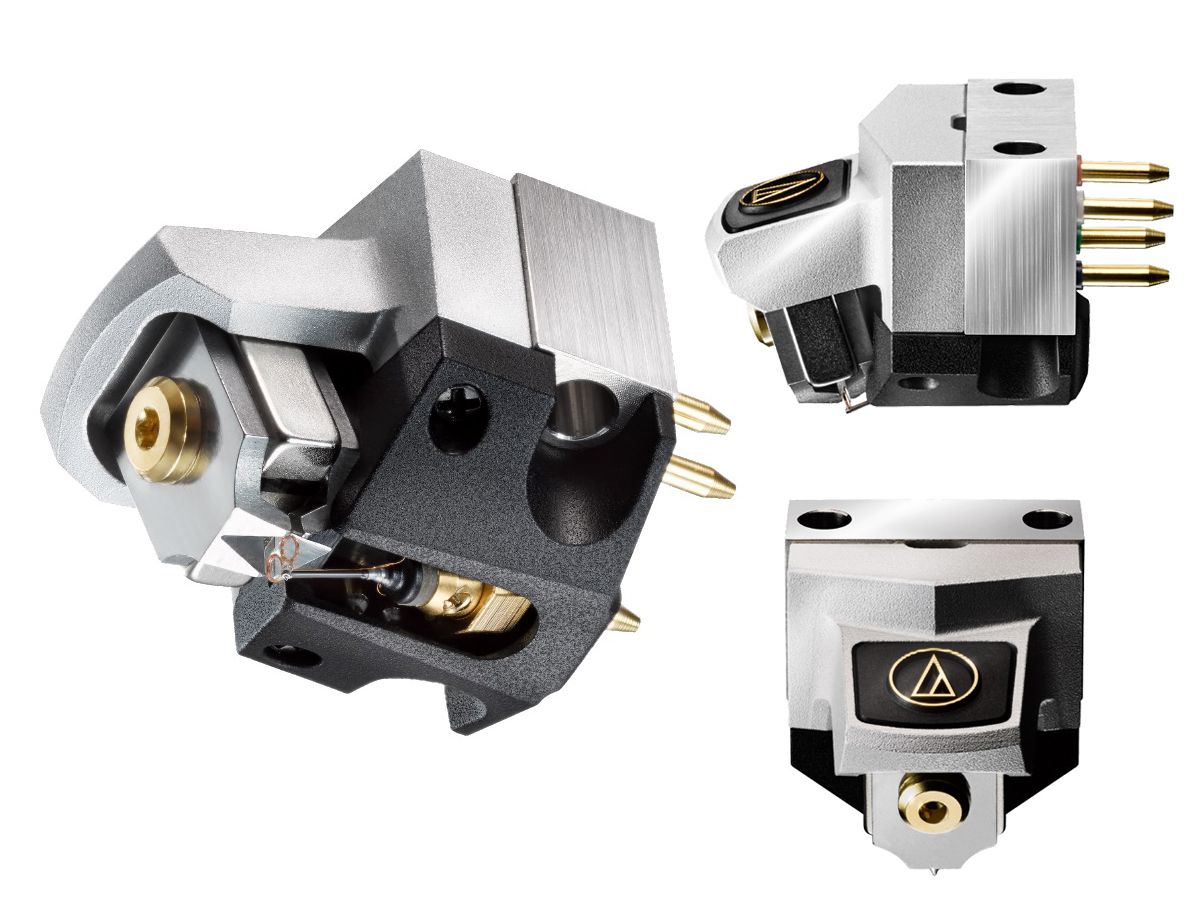 The AT-ART1000 cartridge (US$4,999.00) represents a significant sonic and technological advancement not just for Audio-Technica but for the entire field of phono cartridge design. By placing the moving coils, which convert the motion of the stylus into electrical signals, directly on top of the stylus rather than at the base of the cantilever - the way it’s done with conventional cartridge designs - the negative sonic effects caused by the cantilever’s length and its material are eliminated, resulting in purer, more accurate audio reproduction. The transient response is greatly improved allowing this cartridge to track even the most difficult musical passages with highest level of audio quality.

Each of the ART1000’s two moving coils is wound to form eight loops only 0.9 mm in diameter by a 20 µm diameter PCOCC (pure copper Ohno continuous cast) wire. The ART1000 employs a high-performance special line-contact stylus and solid boron cantilever for superb accuracy in tracking the record groove. The support base for the magnetic circuit is made from lightweight, highly rigid titanium. The base, and the cartridge’s aluminum housing and hard polymer cover all operate in conjunction to disperse any internal resonances that would otherwise affect sound quality.
www.audio-technica.com
related items