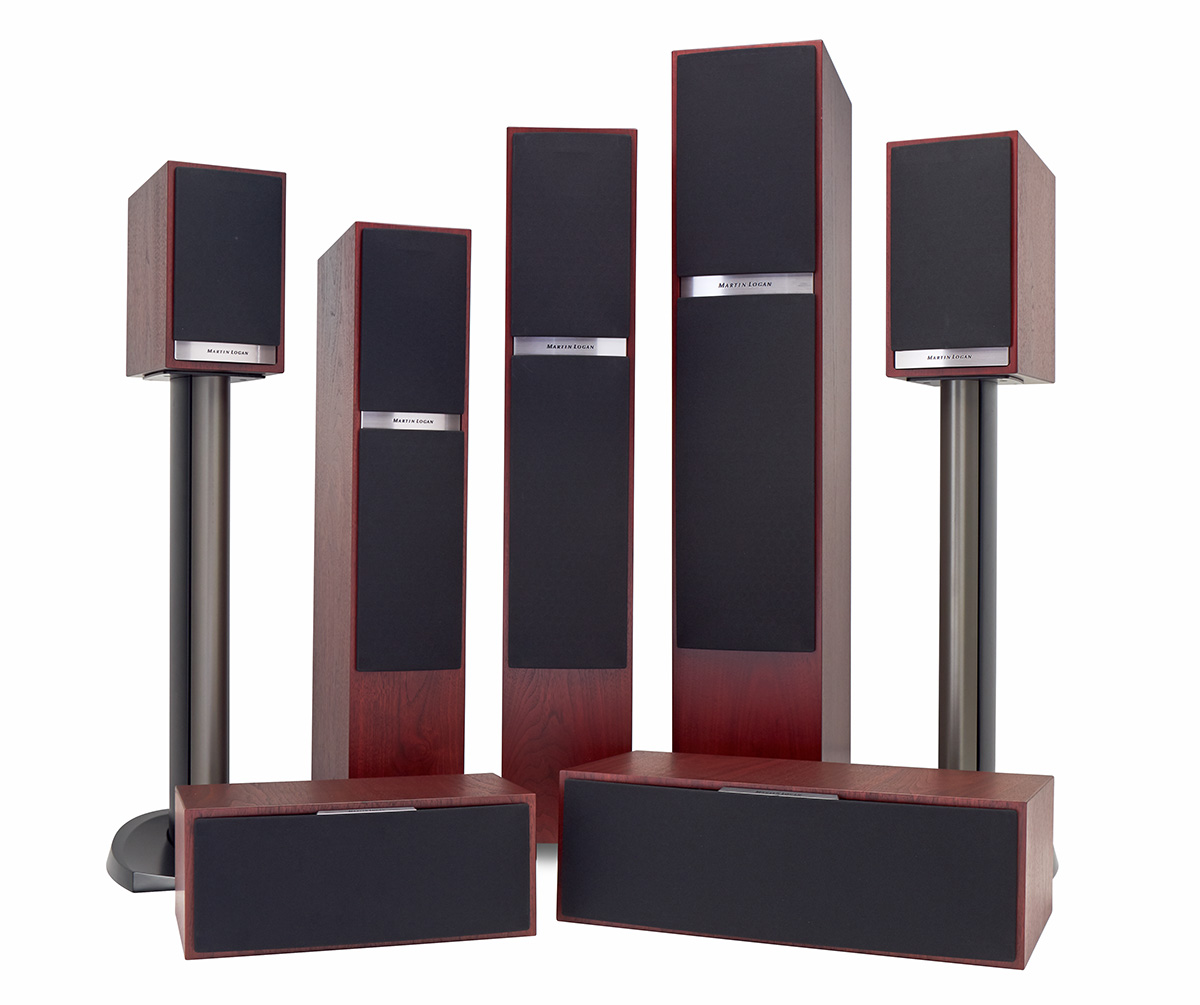 The Motion Series is inspired by the performance of MartinLogan’s ultra-high-end electrostatic loudspeakers, delivering rich detailed audio but at a more affordable price. To achieve that sound quality, MartinLogan's dedicated in-house engineering and design team started by utilizing and refining the most advanced, compact technologies and combining them with innovative engineering and time-honored cabinet construction techniques. The result, the company states, will rival or surpass traditional loudspeakers of similar size and price.

The success of the original Motion Series can also be directly attributed to MartinLogan’s legendary ultra-high-end electrostatic loudspeakers. The desire to transmute that level of performance into a more traditional speaker at a more affordable price drove the initial design imperatives that created the Motion Series. 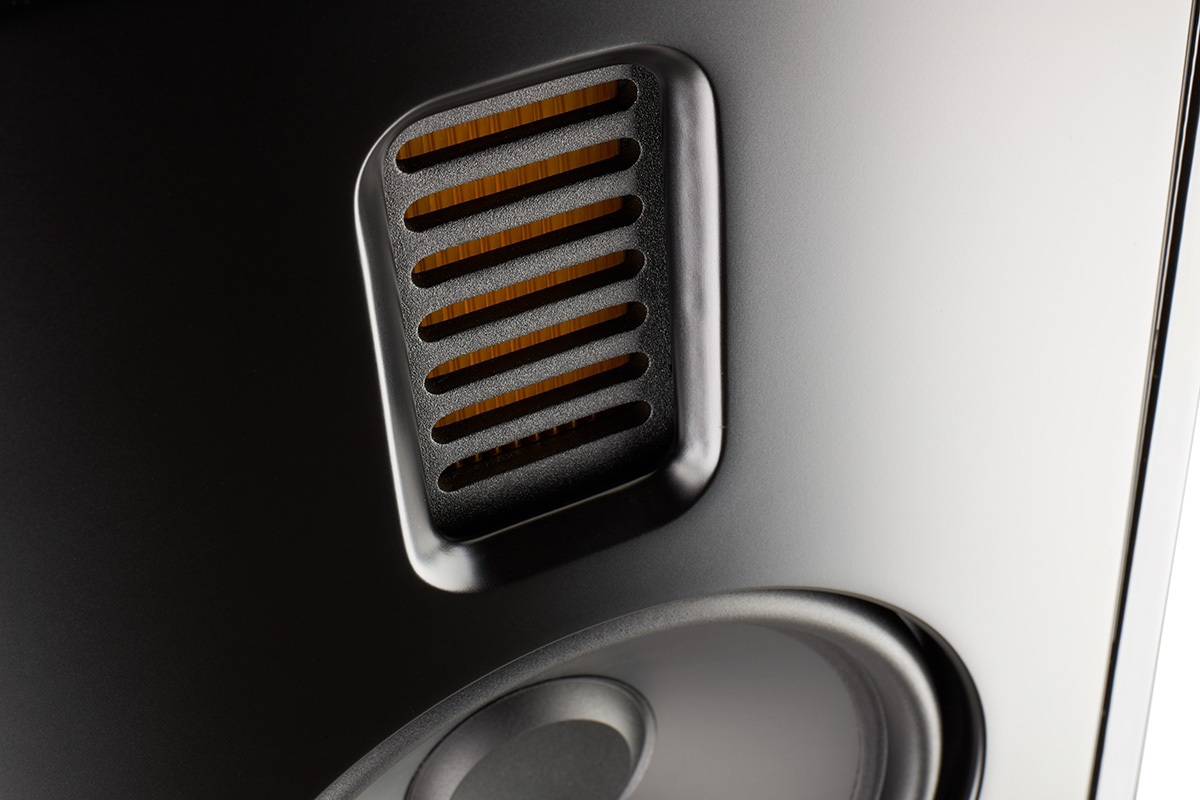 MartinLogan’s signature Folded Motion tweeter utilizes an extremely low mass diaphragm that “squeezes” air, thus demanding significantly less excursion than the typical 1-inch dome tweeter. Its folded design allows for a much larger surface area (compared to that of a regular 1-inch dome tweeter), controlled dispersion characteristics, and vanishingly low distortion. The result delivers much of the high-frequency detail and speed of a large, dynamic electrostatic panel in a small space. 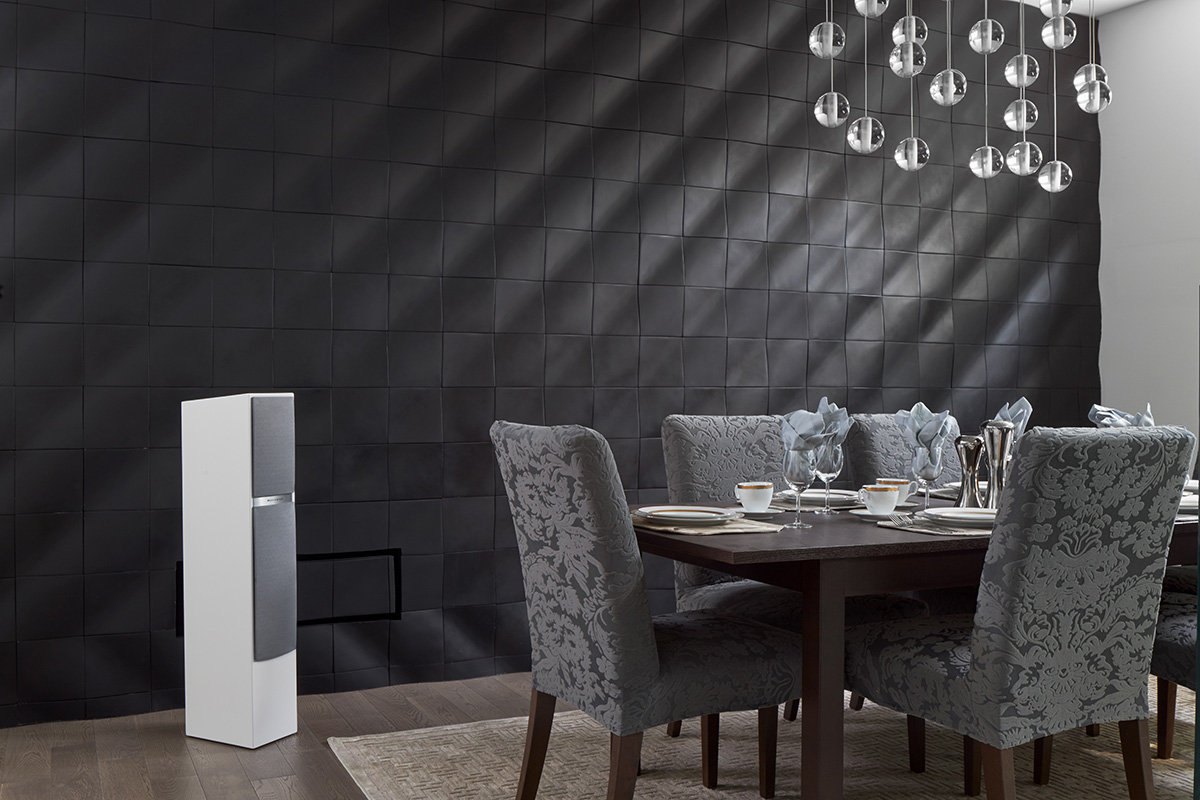 The use of aluminum for cones maximizes rigidity and strength of the drivers without adding excessive weight. This, along with the exceptional damping properties of aluminum, ensures the smooth, non-resonant response necessary for seamless blending with the high-resolution Folded Motion tweeters. An added benefit of aluminum is its outstanding thermal conduction capability which allows cones to serve as efficient heat sinks for voice coils.

To deliver accuracy in the critical midrange, mid-frequency drivers feature a specially engineered "stiff" suspension. Stiffening the suspension (the spider and surround) raises the driver's resonant frequency and optimizes its performance to achieve a natural roll-off and inherently operate within an ideal range for a mid-frequency reproduction (as opposed to a comparably sized woofer).

The new Motion Series floorstanding models utilize 2.5-way designs that feature woofers positioned low in the cabinet and close to the floor, all using rear-firing bass ports. This deliberate design addresses a phenomenon known as floor bounce where sound reflected off the floor (from drivers positioned high on a cabinet), and those aimed directly at the listener interfere with each other. Through careful crossover design and driver positioning, the floorstanding Motion speakers deliver a more balanced response through the bass and midrange regions. 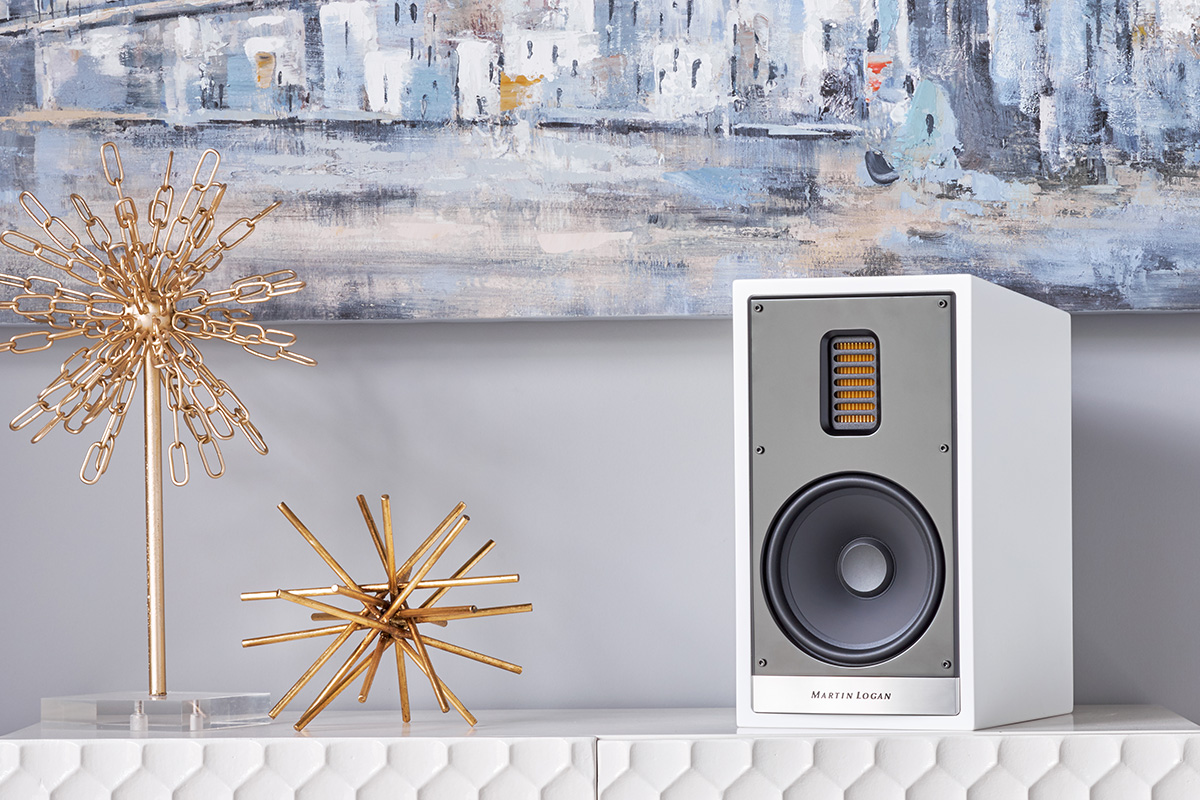 Premium Motion Series speakers feature proprietary Vojtko crossover networks using polypropylene and low-DF electrolytic capacitors, custom-wound inductors, and thermal and current protection. Vojtko crossovers are named after MartinLogan's chief audio technologist, Joe Vojtko. His unique approach to crossover design is as big of a part of the “MartinLogan Sound” as are electrostatic and Folded Motion thin-film driver technologies. Vojtko crossovers are always built from high-quality parts, and care is taken to avoid overly complex topologies — a straightforward objective due to the careful selection of woofers and tweeters. The final (and most critical) aspect of a Vojtko Crossover is that final voicing is conducted in a space that is indicative of a real-world environment. This pragmatic approach allows MartinLogan speakers to sound their best in real-world rooms.

These new Motion Series speakers are available in gloss black with black grilles and gunmetal grey trim, matte white with silver grilles and silver trim, and red walnut with black grilles and champagne-colored trim. Select models feature two sets of binding posts to accommodate bi-wire connections and allow each portion of the crossover to be directly coupled to the amplifier. 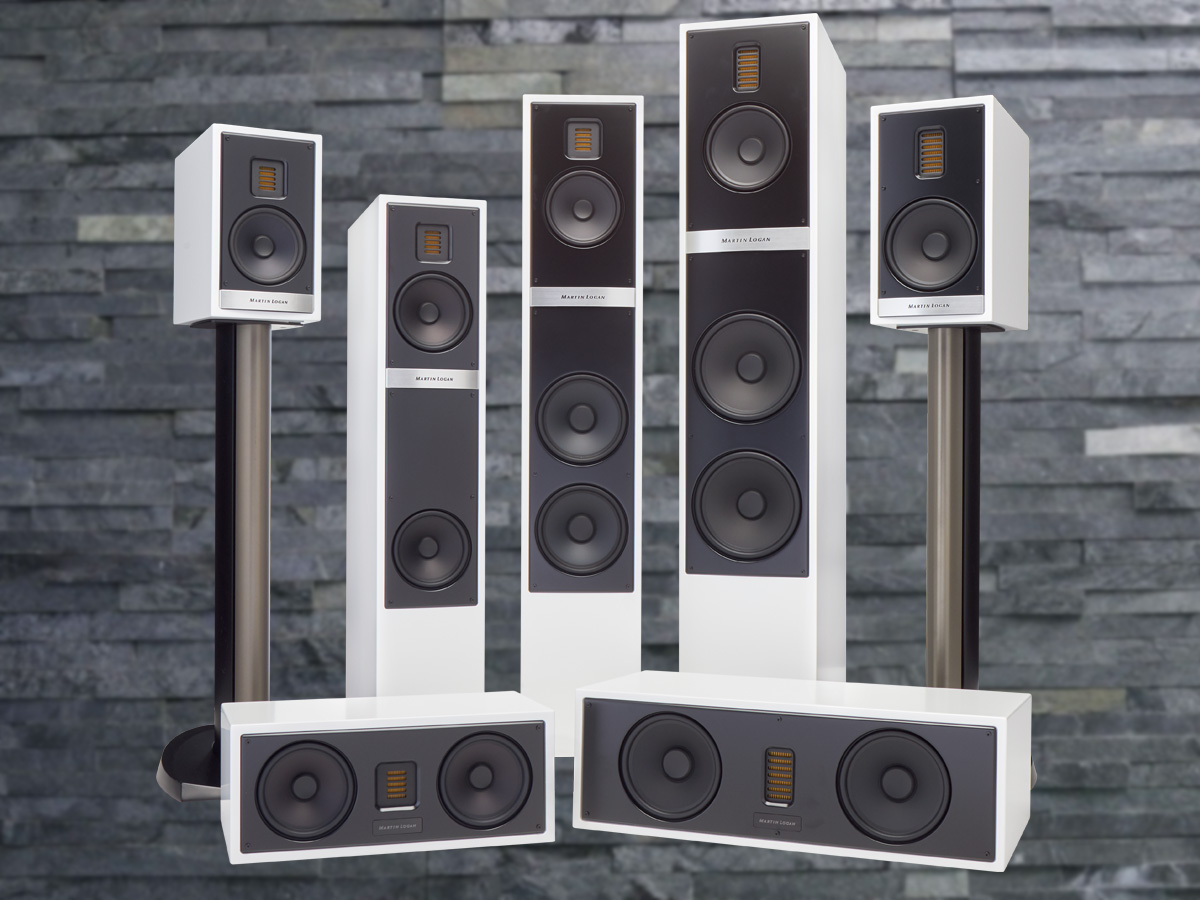 The new Motion 35i and 60XTi speakers will be showcased at Rocky Mountain Audio Fest (RMAF) 2019, September 6-8, where MartinLogan will partner with Benchmark Media Systems in room 8128. Additionally, the new Motion Speakers will be demonstrated with dual Dynamo 800X subwoofers