A Norwegian venue has employed Yamaha’s AFC3 acoustic enhancement system to transform its main auditorium into an acoustically enhanced space. Even the most modern venues can suffer from acoustic issues and the Lørenskog Hus multi-purpose is using the AFC3 system every day, transforming the acoustics of the venue.
Opened three years ago, Lørenskog Hus is a multi-purpose municipal venue located 20 minutes from Oslo. Covering 15,000m2 over eight floors, it features five auditoriums, four cinema screens, seven meeting rooms, a restaurant and a library. Providing a focal point for the regional community, it stages a wide variety of live productions and hosts conferences, corporate and cultural events, as well as showing films and other activities. 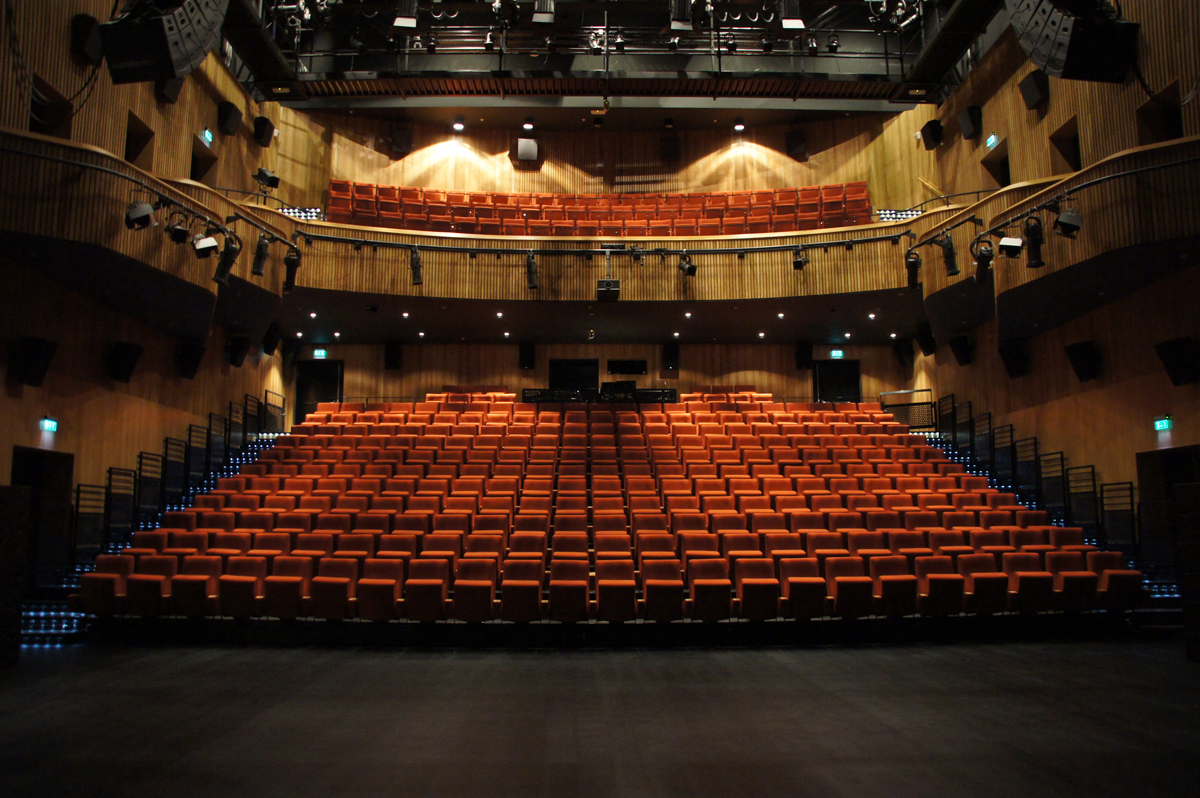 “When the venue was built, the goal was to make the acoustics in our main auditorium flexible enough for all genres of music – everything from choirs, marching bands and symphony orchestras to pop, rock and rap,” says Kristoffer Engen, Technical Manager at Lørenskog Hus.

“The problem was that we ended up with a very dry room, which was very good for amplified music, but which gave musicians onstage during unamplified performances very little acoustic return. We knew that we needed to find a solution for the acoustic musicians, without ruining the excellent qualities that the room has for amplified music. We quickly found that an electroacoustic system was not only the best solution for us, but also the most cost efficient.”

Yamaha AFC3 was the chosen solution, with the system installed and commissioned by Panpot Acoustic Systems, a company which has made electronic acoustic enhancement systems its core business. “Although we have used other systems, it was not until we listened to AFC3 that we knew we had a system that could match our very high quality demands,” says Jo Wang, Panpot tuning engineer.

Active Field Control (AFC) is an acoustic conditioning system, which adjusts and enhances the acoustic characteristics of a space while preserving its natural features. It achieves this by creating feedback loops of microphones and speakers located in the reverberant field of the room to ‘recycle’ the reverberant energy, thus extending the reverb time.

Used to create varying reverb time settings to suit different performance applications within the same space, AFC can be used for a range of applications. One example is adding a sense of ‘spaciousness’ to under balcony or stage areas, so that all audience members and performers can enjoy the same sense of connection to the music and a greater shared experience. AFC systems can also be used to add early reflections or as crowd enhancement systems.

Yamaha’s advanced AFC3 processor supports transfer of finite impulse response (FIR) calculations to dedicated hardware whilst a new AFC-FIR processor card can be mounted in the AFC3 processor, and, in addition to handling the processor-intensive FIR calculations, provides four AES inputs for system microphone channels. The new AFC3 is also very cost-effective, because the AFC3 system and AFC-FIR card provide both input processing and 4-22 channels of output processing in a single unit.
Additionally, AFC3 provides more than 120 times the number of FIR taps than earlier versions of AFC. This makes it possible to extend a room's natural reverb time further than was previously the case, while still sounding natural and realistic. Acoustic characteristics can now be changed at the push of a button.

“The fact that AFC3 is a hybrid-regenerative system makes it act as a truly integrated part of the room acoustics, not just as an electronic reverb effect. The audience and the performers are in the same reverberant space and the room reacts just as much to the audience applause as to the performing artists. The communication and connection between the stage and the auditorium is enhanced both ways.” 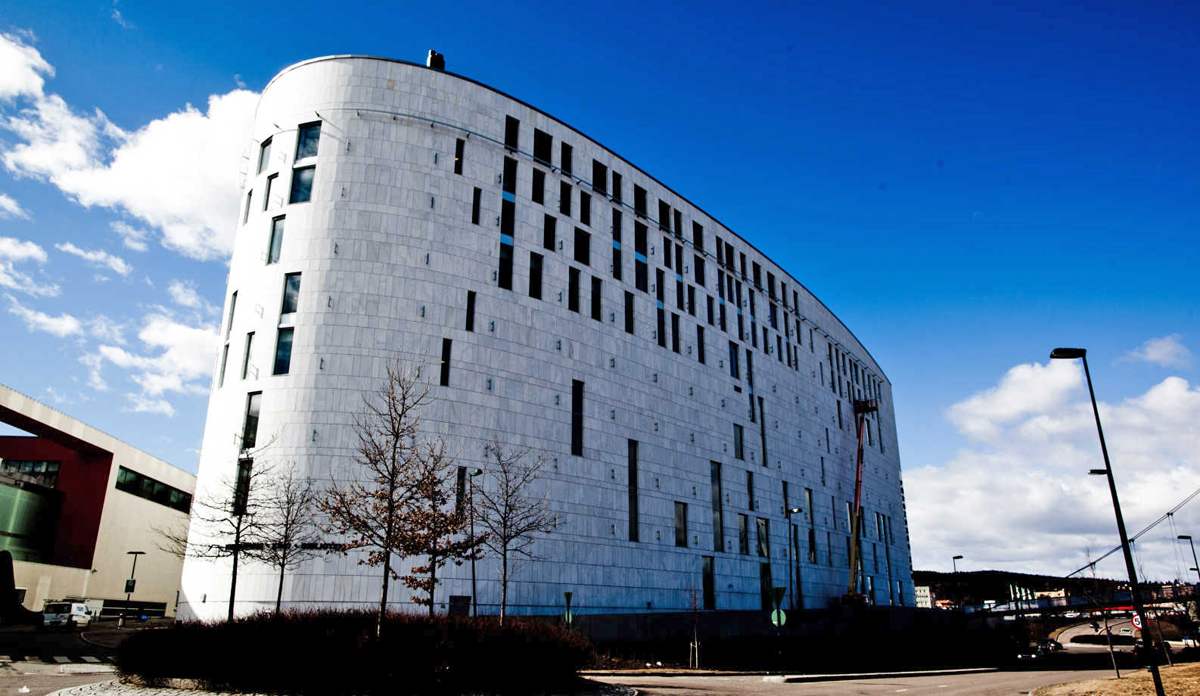 The Lørenskog Hus installation features four different zones:
1. The stage shell, which helps performers communicate better between each other on stage.
2. The reverberation system in the auditorium, which makes the performers feel that they are connecting with the audience. It also makes the audience aware of themselves as a part of the same acoustic environment as the artist.
3. The under-balcony zone, acoustically connecting this area to the rest of the auditorium.
4. An early reflection zone to maintain speech intelligibility and the ‘attack’ in music when bringing more reverb into the room. This part of the system is tuned exceptionally finely to work seamlessly with the speakers on stage and in the auditorium.

“Installing a lot of loudspeakers and microphones within the proscenium often conflicts with other equipment such as lightning, trusses and moving stage technology. There are also many different kinds of set decorations that may affect the performance of this kind of system,” says Roy Knudsen, Panpot tuning engineer, who worked with Jo on the project.

“We are very impressed by the fact that the EMR and FIR processing in AFC3 provides us a lot of extra headroom in the loop gain, without needing to have a lot of microphones spread throughout the venue.

“The Lørenskog Hus system only needed four microphones within the proscenium, plus four more in the auditorium. This made it a lot easier to find suitable locations for the microphones and we have found AFC3 to be impressively consistent, even when moving or taking away stage sets and so on.”

Installed in January, the AFC3 system has been in use every day, transforming the acoustics of the venue. “The system fulfils all our requirements. It sounds natural, it`s very stable and is very easy to use,” says Kristoffer. “The comments from the musicians have been very positive. They feel that they get good ‘help’ from the room and that it feels natural. They also now feel less tired after rehearsals and concerts.”
www.yamahaproaudio.com
related items