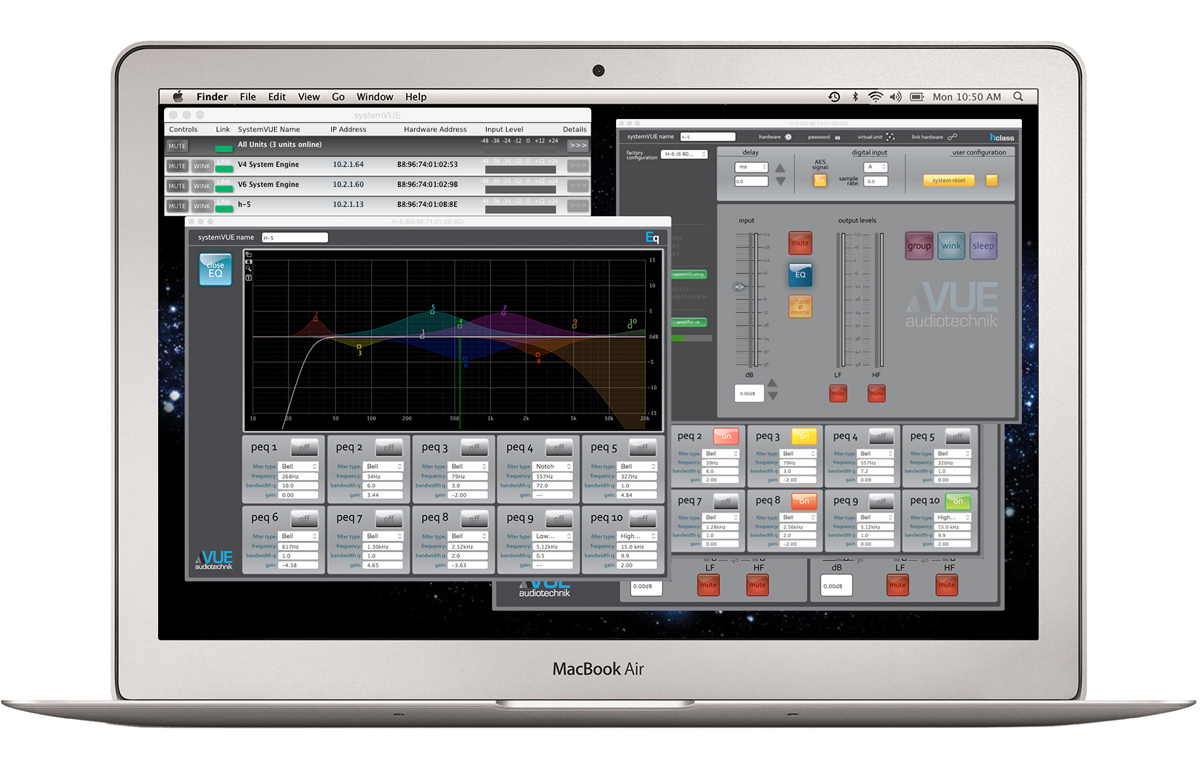 SystemVUE software is the companion to VUE’s SystemVUE network monitoring and control technology, which connects all VUE DSP-enabled products to a Windows- or OSX-based computer via a wired or wireless Ethernet connection. Once connected, the SystemVUE Software allows users to access any single VUE product, or entire networks of them, through a highly intuitive user interface. Device windows make optimizing and monitoring easy, with controls for input and output levels, volume, mute, delay and input sources. They also enable users to monitor a broad list of parameters right up front, within easy reach. Every VUE DSP-enabled loudspeaker ships with SystemVUE networking capabilities as part of the package.

The company is also in the process of making SystemVUE available in the Apple iOS, OS X and Microsoft Windows app stores. As with all updates to VUE Audiotechnik’s SystemVUE software, this upgrade incorporates input from consultants, installers, systems integrators, touring engineers and other VUE customers employing the software in the field.

With the 3.8.0 upgrade, SystemVUE software will be available on Apple’s iPad (subject to Apple’s approval), as well as for computers running on OS X and Windows operating systems, with an iPhone version to follow. SystemVUE works identically regardless of operating system, giving users more options when it comes to choosing a device from which to access and control the performance of VUE systems. What’s more, the iPad’s inherent simplicity of operation streamlines network setup and communications. It also greatly reduces support issues without sacrificing functionality. 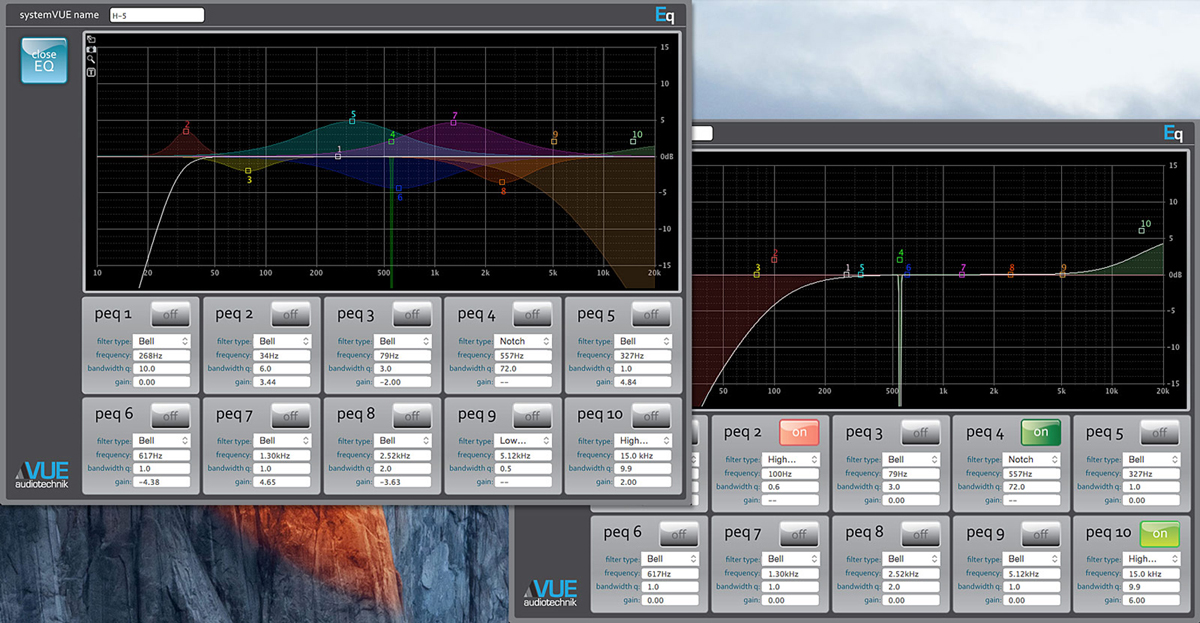 As part of this SystemVUE software release, VUE has crafted a user interface that incorporates additional new functions, while maintaining ease of operation. New functions include input routing options, system level phase reverse and user-controlled EQ. Each system can now access the on-board EQ in the form of 10 DSP filters; each of which can be set to shelving, notch, High/Low pass, all pass or fully parametric bell equalizer. The EQ function is addressable at the individual system level or can be grouped into venue based blocks for control.

Version 3.8.0 also includes full control and monitoring support for all VUE h-Class products, including the new h-5 and h-8 loudspeakers and hs-20 subwoofer, along with the full family of V Series System Engines. The latest release also includes numerous stability and performance improvements, most notably the dramatic speed increase in system firmware updates as well as the ability to select the new Dante input option.

“Having built our systems around state-of-the-art DSP and networking technology, we are able to continue to enhance our products through regular software updates that improve the long term value of our products,” says Ken Berger, CEO, VUE Audiotechnik. “This latest full version of the SystemVUE software reflects this and supports the company’s commitment to ensuring that once our customers purchase a VUE product, they will always be able to update them with the most current version of our technology.”
vueaudio.com
related items