Every speaker manufacturer and integrator who provides surround sound theater solutions shouted a big “Woo-Hoo” the day that Dolby ATMOS came to market. More surround channels equals more speaker sales - sweet. Yet, with more speakers comes the potential for more bulky speaker boxes or unsightly grilles adding clutter to the aesthetic design of the room. This is exactly the wrong direction for dealers who want happy architects, interior designers and home owners who are just getting used to AV technologies becoming more hidden.

During ISE 2016, Stealth Acoustics introduced a possible solution for the problem, with a complete range of high-quality “invisible speakers”. Stealth’s LR4G invisible speaker uses a patented combination of directly coupled mid/high tweeters and real cone woofer bass stage, leading to a smooth and articulate response from 45Hz-18kHz all from a totally invisible speaker solution. Add in the near hemispherical coverage of Stealth speakers and, according to the Seattle, WA, integration speaker specialist, the result will be “a system that sounds spectacular from the front and rear “X” axis, side “Y” axis and the ceiling “Z” axis.” 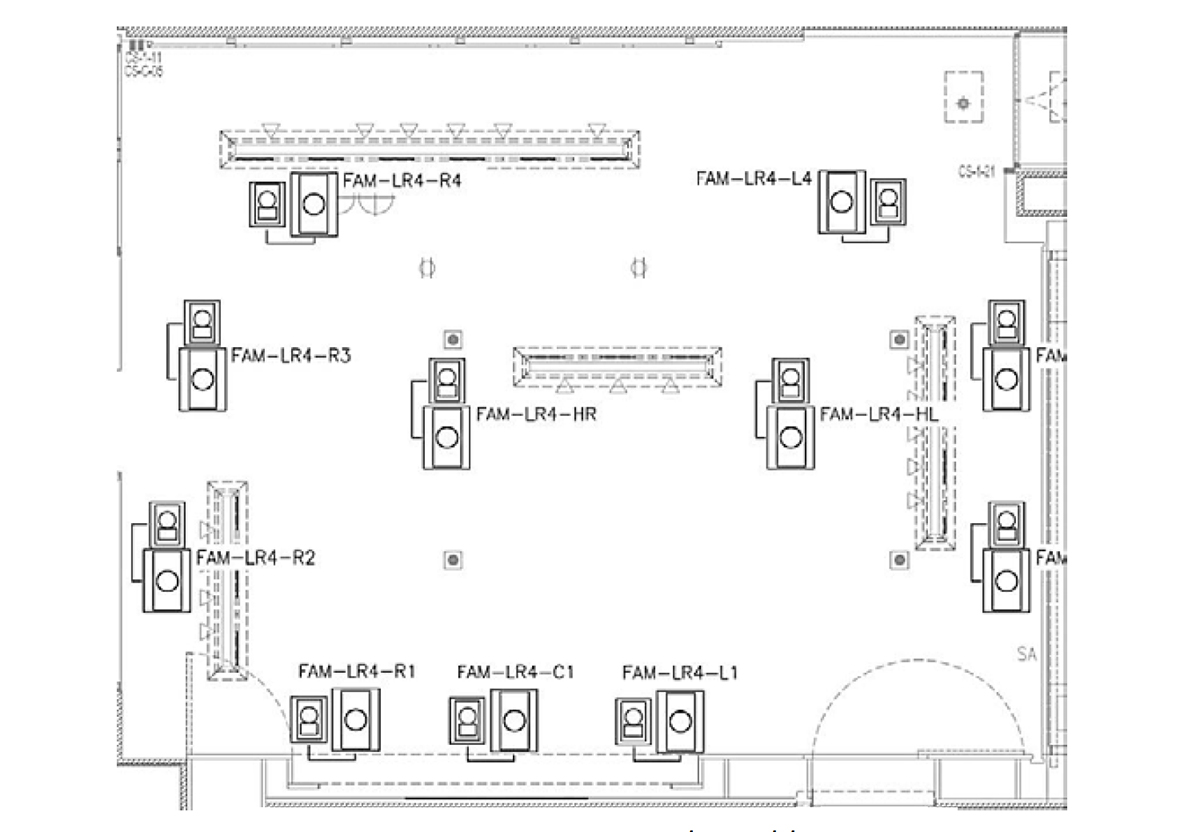 The Stealth Acoustics ATMOS system layout (see image above) is designed with Stealth’s LR4 speakers. The speaker location placements are flexible because there are no grills to visually align and Stealth’s wide coverage angles spread the sound around smoothly and evenly from the speaker without the typical on-axis “beaming” found in traditional speakers.

According to Stealth Acoustics, using this “invisible speakers” solution, home theater surround sound fields benefit from a diffuse sound field with wide coverage angles. This allows listeners who are off-axis of the surround speaker to receive the same full range of sound just like the on-axis listeners. All of which leads to more seats getting good surround sound. “Stealth speakers offer wide and even responding coverage angles and minimize the “flashlight” effect of traditional speakers, which can be a real problem when you fire speakers down from the ceiling to listeners,” they explain. 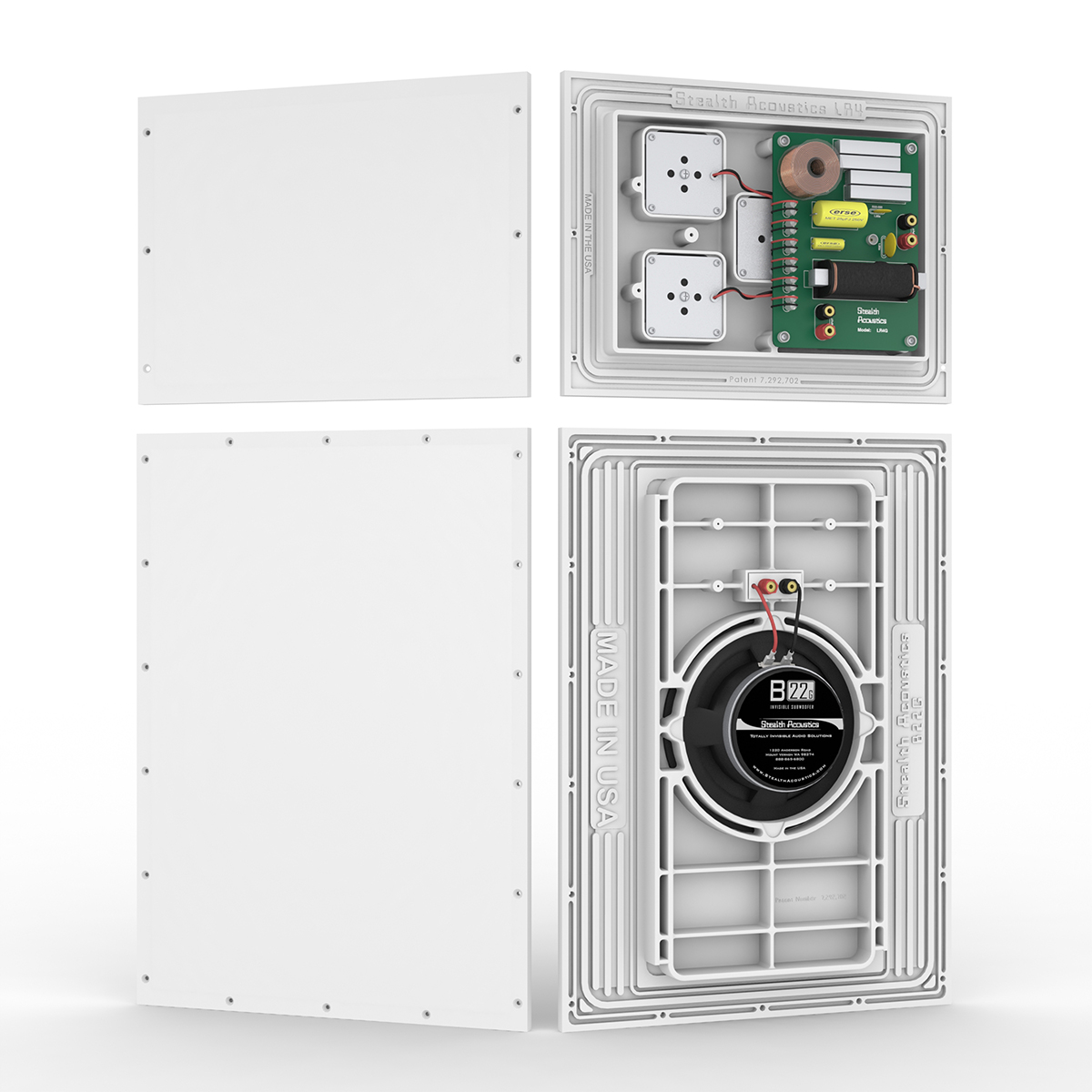 Another benefit is the directional information that is cogent throughout the coverage angles. As they explain, “Stealth speakers sound the same virtually anywhere in their near hemispherical coverage making localization cues available evenly in the extremely wide pattern. This leads to bigger panoramas and better spatial cues for more seats. Traditional speakers change their sonic qualities quite a bit from different listening angles which can confuse spatial location details and response blend relative to listening angle.”

Finally, the ability to set a “large” soundfield. According to Stealth, “LFE should go to the subwoofers, but the more capable the surround speaker to carry lower program material the more options one has to properly tune the system - and the more realistic that helicopter sounds when it lands right on the listeners head. With typical surround speakers you need to expose a larger device into the mix to get bass extension. Stealth allows for extended bass without any visual impact because you can’t see the speaker.” 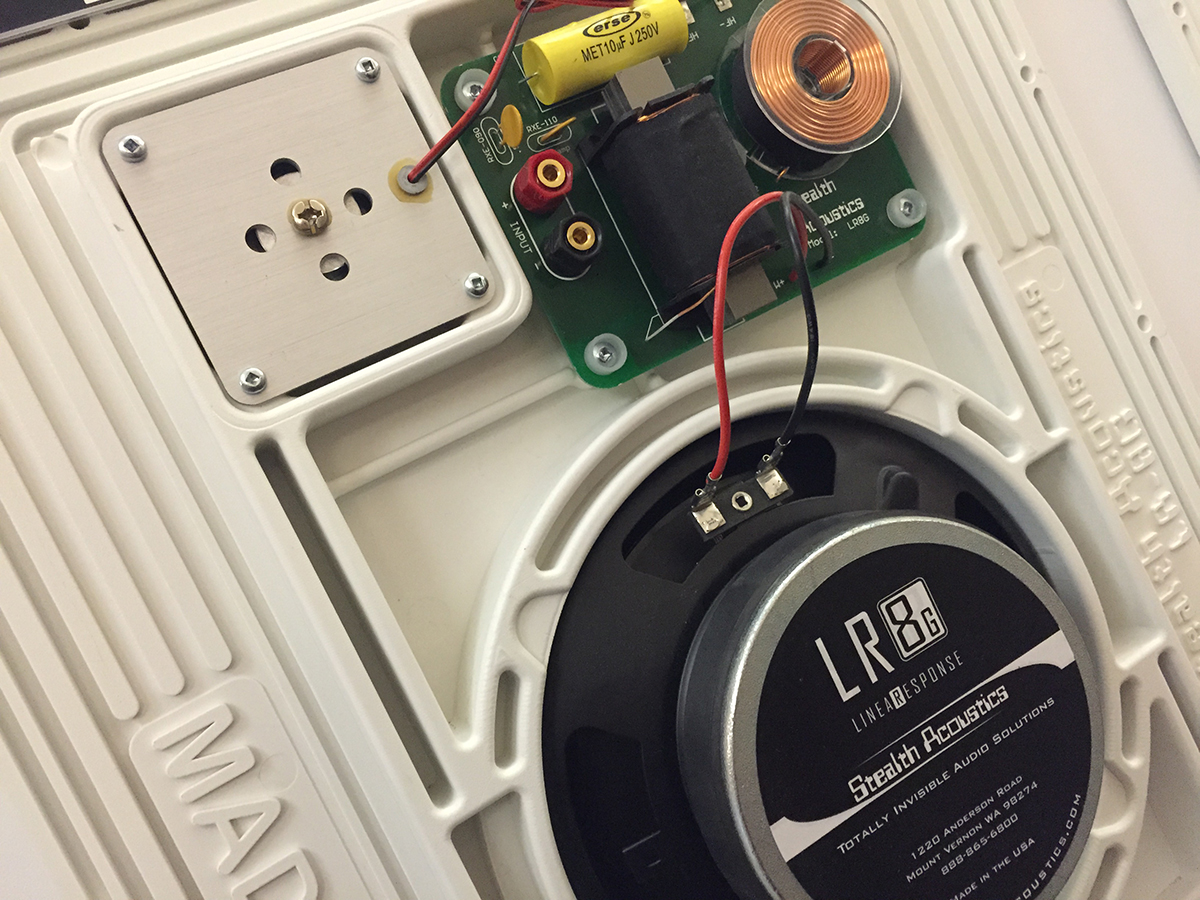 Speaker manufacturer Stealth Acoustics is a division of Dimensional Communications, a premier systems integration firm based near Seattle, WA USA, with over 37 years in countless systems integration projects. Specializing in full-range invisible speaker solutions debuted its first invisible speaker in 2003 at CEDIA. Since then, the company improved the sound quality, form factoring and ease of installation, culminating in the introduction of the LR series of invisible speakers and subwoofers. The company currently combines its range of “invisible speakers” with amplification and DSP-based processing to create a “total systems approach”.
www.stealthacoustics.com
related items