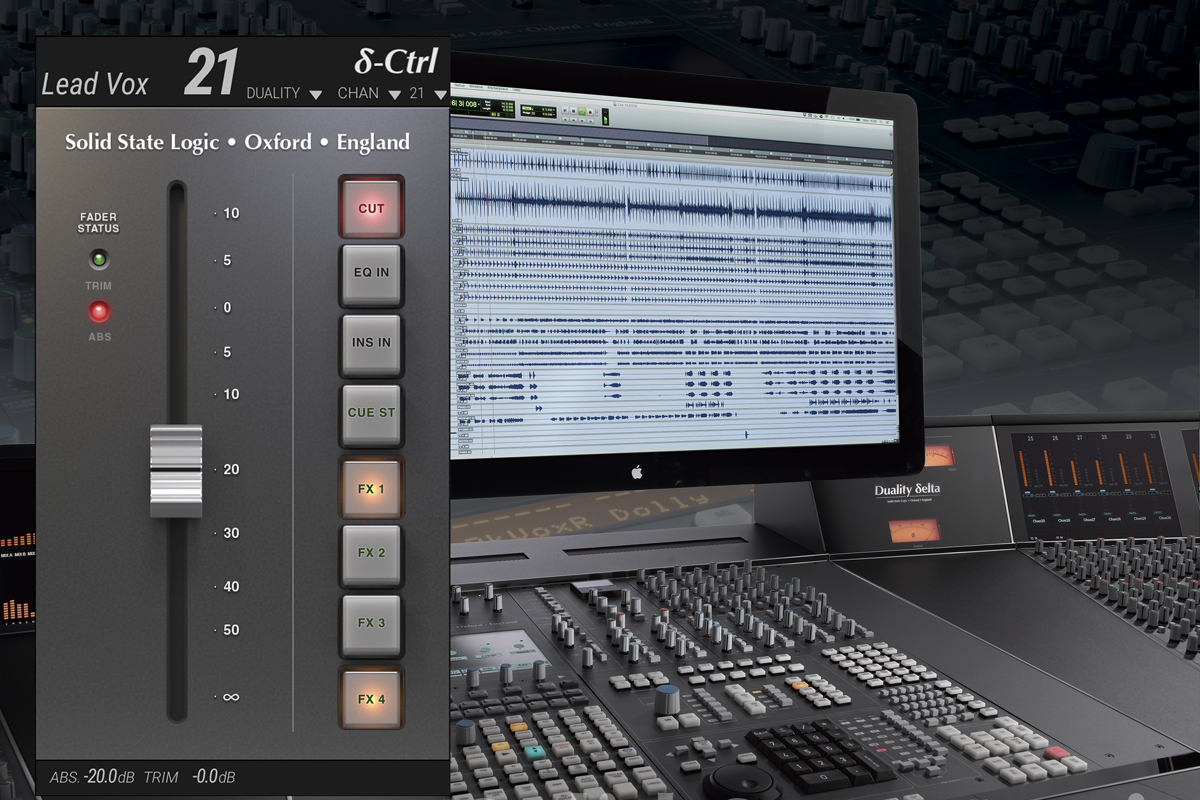 SSL Duality and AWS consoles are well established industry standards in large and mid-scale commercial, educational and private production studios worldwide and their sound has been the foundation for countless multi-platinum recordings. All new Duality and AWS consoles will be Delta models and console upgrades are available for all preceding models.

At the heart of δ-Ctrl is a native AAX/RTAS/AU/VST/VST3 plug-in that allows automation of the console as if it were a DAW Plug-in. The automation system in the DAW is used to record and playback control data from the faders and switches on the console as an alternative to the SSL legacy console automation system. The δ-Ctrl plug-in is inserted into a DAW mixer audio channel. The plug-in then receives and sends control data from an assigned console channel, VCA or Master fader via a high speed Ethernet Network connection.

Audio on the DAW track passes through the plug-in slot unprocessed so the plug-in can be combined with other DAW plug-ins. The console Fader, mutes and relevant switches are represented as plug-in parameters in a δ-Ctrl plug-in GUI and their automation data is recorded to the automation lane of the selected DAW channel. In playback the plug-in converts the stored automation data from the DAW into δ-Ctrl messages and routes these back to the console via the SSL Logictivity Network connection.

Automation data can be viewed and edited as normal plug-in data in the DAW tracks. The console Fader Absolute and Trim values are saved using the same dB law as any selected DAW automation so that the ‘Paste Special’ command can be used to copy existing DAW fader data into the plug-in. The Paste Special feature is available in Pro-Tools and in most but not all DAWs.