Prolight+Sound Shanghai 2014 will take place 8 – 11 October at the Shanghai New International Centre Expo in China. A large number of international brands are confirmed at the show and there will be pavilions from Taiwan and Shanghai with double the exhibition space due to the success of last year’s show. Prolight+Sound Shanghai gained a solid industry reputation as a successful trading platform and one of the leading trade fairs for the entertainment industry in Asia.
First of all, don’t be confused. There are the Prolight+Sound and Musikmesse shows held concurrently every year in Frankfurt, Germany and there are several other shows with the same brands held in Russia and two in China. Yes 2! There is the Prolight+Sound and Musikmesse NAMM Russia (September) in Moscow, promoted in joint-venture with the NAMM association. In China there is the Prolight+Sound in Guangzhou, China (2 - 5 March 2015), which is China’s second largest and Southern China’s largest industry show for the professional audio and lighting industry. And then, there is the Prolight+Sound Shangai and Music China (not Musikmesse), benefiting from a strategic alliance between Messe Frankfurt, Intex Shanghai Co Ltd and the Shanghai Municipal Administration of Culture Radio Film&TV, together with many other Chinese associations like the China Association of Recording Engineers or the China Audio Industry Association.

If you are interested in audio and in the Chinese market, this is the show to attend. The show will be held in the Shanghai New International Expo Centre and is recognized as a powerful platform to reach the profitable Asian market. On the Prolight+Sound side alone, with an exhibition area of 35,000 square meters, there are over 500 exhibitors, while the Music China show attracts an impressive 1600 manufacturers and suppliers from all over the world.

Companies from around the world recognize that Prolight+Sound Shanghai is a powerful platform to reach the profitable Asian market. Returning brands to the show include dB Technologies, DiGiCo, KV2 Audio, NEXO, Samson, Soundcraft, Turbosound, TW Audio and Yamaha. Plus the Taiwan Pavilion has signed up again and will take a larger area than before. 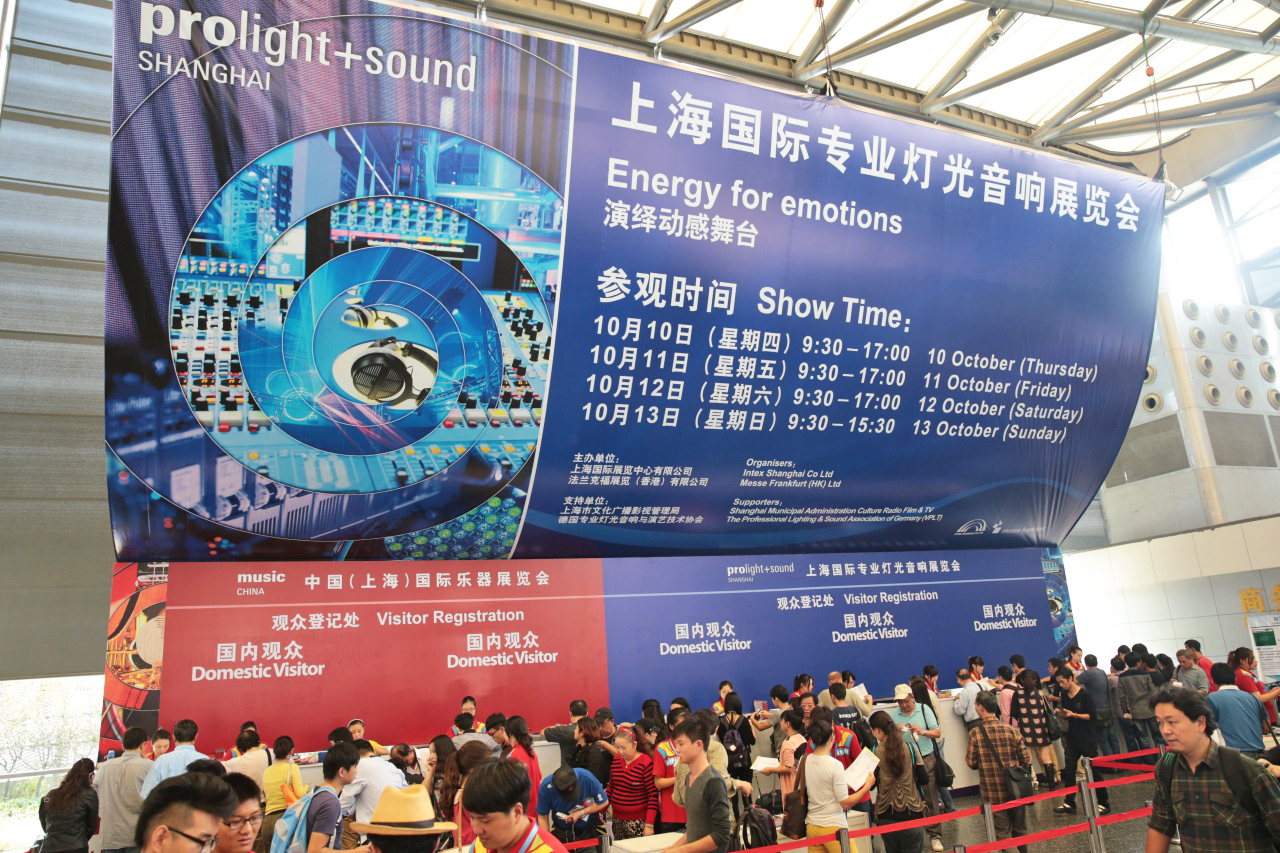 To further enhance the show, the organisers are providing an expanded product classification for easy sourcing. The professional audio exhibitors will be located in dedicated areas, with overseas and domestic key brands of professional audio and media systems in Hall W5, and Hall W3 with audio exhibitors and product demonstration under volume control.

As well as a complete range of entertainment products on display, a series of fringe events and live demonstrations will take place with a key focus on innovative technologies. These activities include the new Media Design and Application Forum, Human Centered Media, Concert Sound Arena, and the new Acoustics Technology Forum.
www.prolightsound-shanghai.com