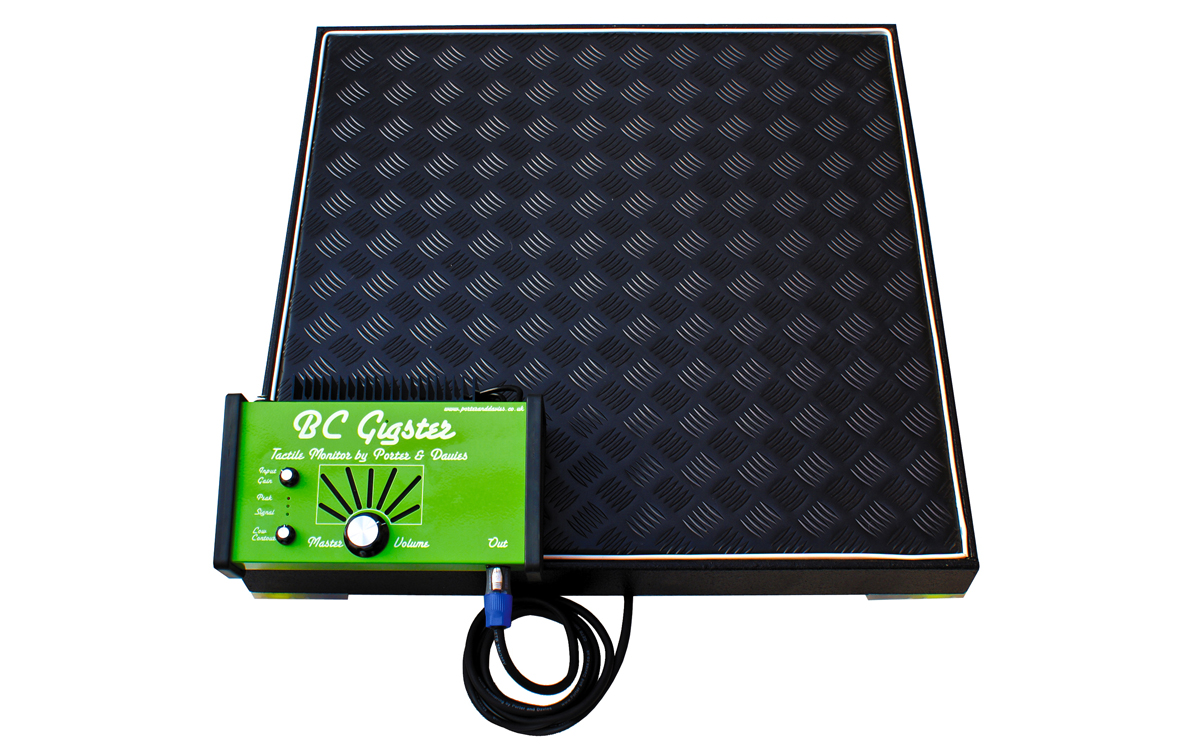 Perfect for bass players, DJs, guitarists, stand-up keyboard players and percussionists, Porter & Davies explains “the KT Platform gives a full and faithful transfer of the sound and the weight of the sound through bone conduction. There is no time lag. It's not just a low-end rumble: All notes are faithfully transmitted, including harmonics.”

The KT Platform will offer musicians the “stage shaking excitement” that other monitors (in-ears, in particular) don’t deliver. With the help of haptic feedback musicians are able to choose to monitor just their own instrument, or use a mix from the monitor board and lock precisely into the groove in a completely new way. The KT Platform can be driven by any of the three Porter & Davies existing engines the Gigster, BC2 and BC2rm. 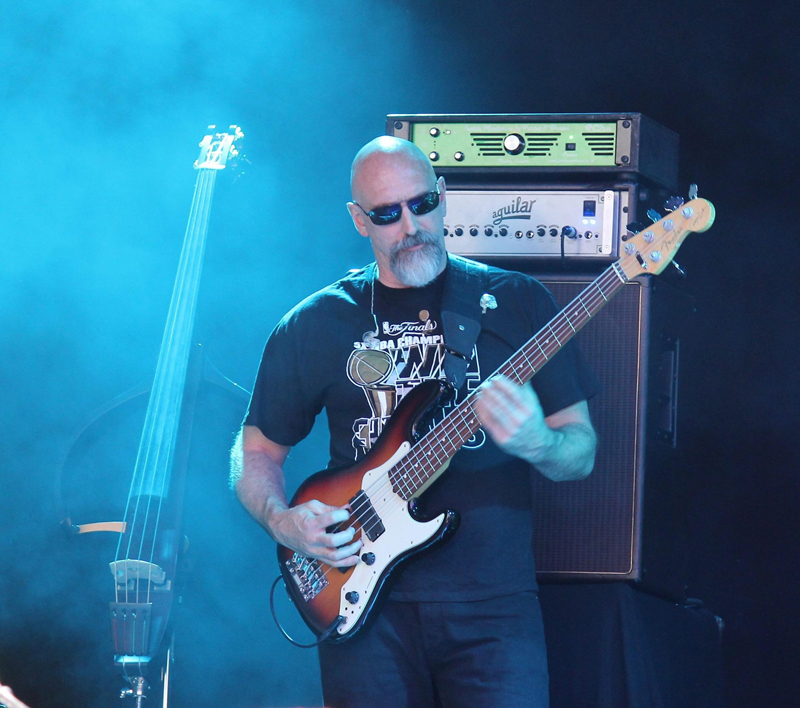 Jools Holland bassist Dave Swift commenting on the product said “The addition of my Porter & Davies KT Platform has enhanced my onstage playing experience beyond anything I could’ve imagined… It has become as crucial onstage as my bass itself! I won't use in ear monitors without the addition of my KT Platform.”

Come on, feel the noise!
Porter & Davies have been at the forefront of drum monitoring technology since the introduction of their revolutionary designed plug and play systems back in 2010. Now, Porter & Davies tactile monitoring systems, the BC2, The Gigster, and the 2U rackmount BC2rm have recently benefited of a significant upgrade. The UK based design and manufacturing company partnered with another British company, Precision Devices, to produce their own dedicated tactile transducers, developed from the ground up.

The new transducer, now installed in all models, give a greater frequency response range, plus the new design make them even more robust and roadworthy. Founders & co-inventors of the BC2, BC2rm and BC Gigster, Tim Porter and Dil Davies said “while working on new products, we realised that what we needed was a tactile transducer that could offer increased performance, greater power handling and a different set of physical features than the Clark Synthesis transducer we have been using. After careful research, Porter and Davies partnered with the UK based Precision Devices Ltd to jointly develop a product that would be better suited to our future customers’ needs.”
They added, “in fact we are so delighted and impressed with the new tactile transducer that we decided to utilise it immediately!” 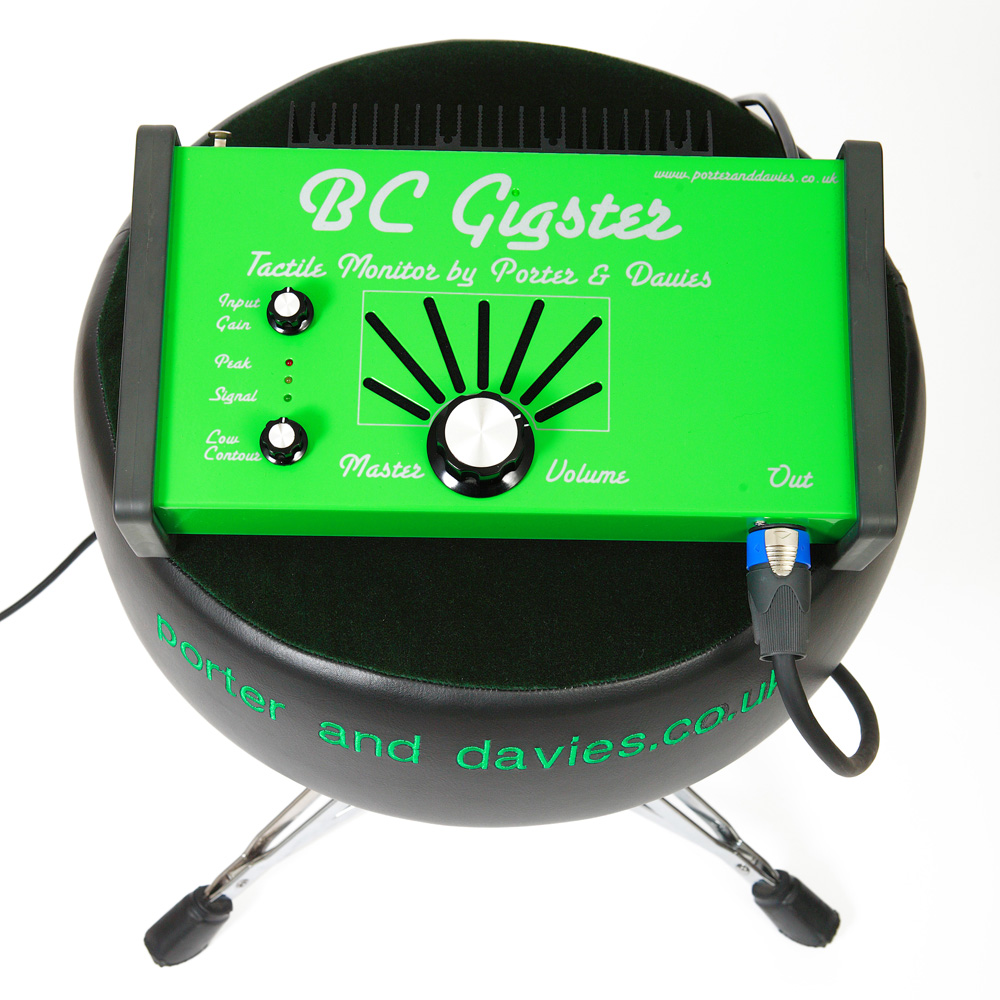 Precision Devices has over 25 years experience in the design and manufacture of high power loudspeakers. They have a world wide reputation for producing hand built transducers in England that are renowned for their performance, reliability and durability.
Neil Barns from Precision Devices says “we were approached by Tim and Dil to look at jointly designing a tactile transducer that would suit their needs and I’m proud to say we have exceeded their requirements. We are delighted to be associated with Porter & Davies and their ground breaking product portfolio.”

Porter & Davies will be at the 2015 Winter NAMM show on Booth #3476 Hall D
www.porteranddavies.co.uk
related items