New and Vintage Celestion Guitar and Bass Speakers for 2016 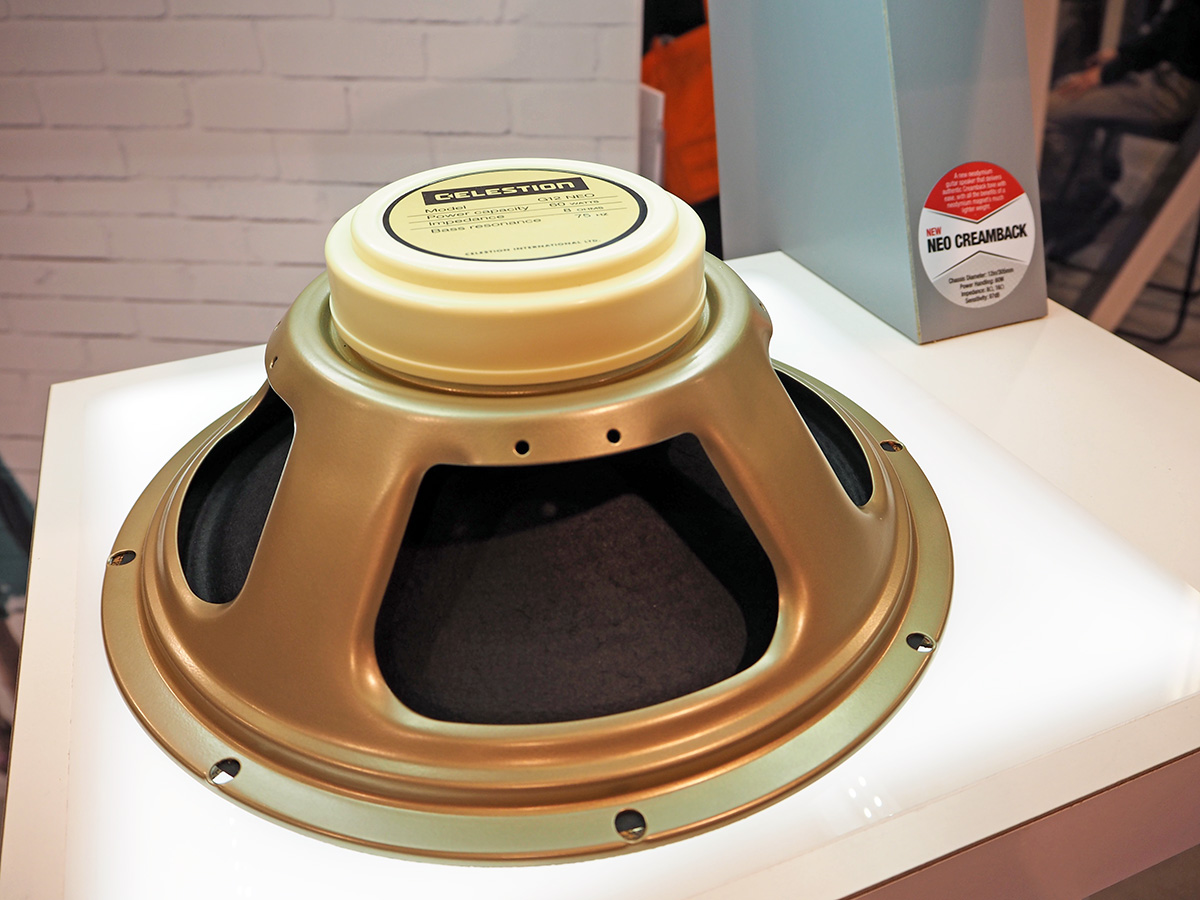 With worldwide headquarters in Ipswich, England, Celestion is a recognized market leader in the OEM speaker driver market, practically in all market segments of professional audio applications. The brand’s reputation in LF and compression drivers for sound reinforcement is such that - contrary to what is the industry’s practice - many well-established manufacturers don’t even make it a secret that they use Celestion drivers. And if we look at the company’s website, no guitar and bass guitar speaker company is also shy of being listed among Celestion’s clients.

Celestion’s origins since its foundation in 1924 are directly associated with entertainment and the British brand was responsible for the first ever dedicated guitar speaker and delivered many of the most memorable performances by guitarists including Jimi Hendrix. Celestion guitar speakers have been an important part of British guitar tone since the birth of Rock & Roll. Traditionally, they’re known for lively and vocal midrange character with plenty of sparkle and chime, which turns into an exciting growl when overdriven, often compressing when pushed hard.

Celestion’s guitar and bass loudspeakers continue to be used by the most popular musical instrument companies and can be seen and heard the world over. A great example of such products is the Celestion Vintage 30 guitar speaker, now celebrating its 30th birthday and of one of Celestion’s most iconic guitar speakers. 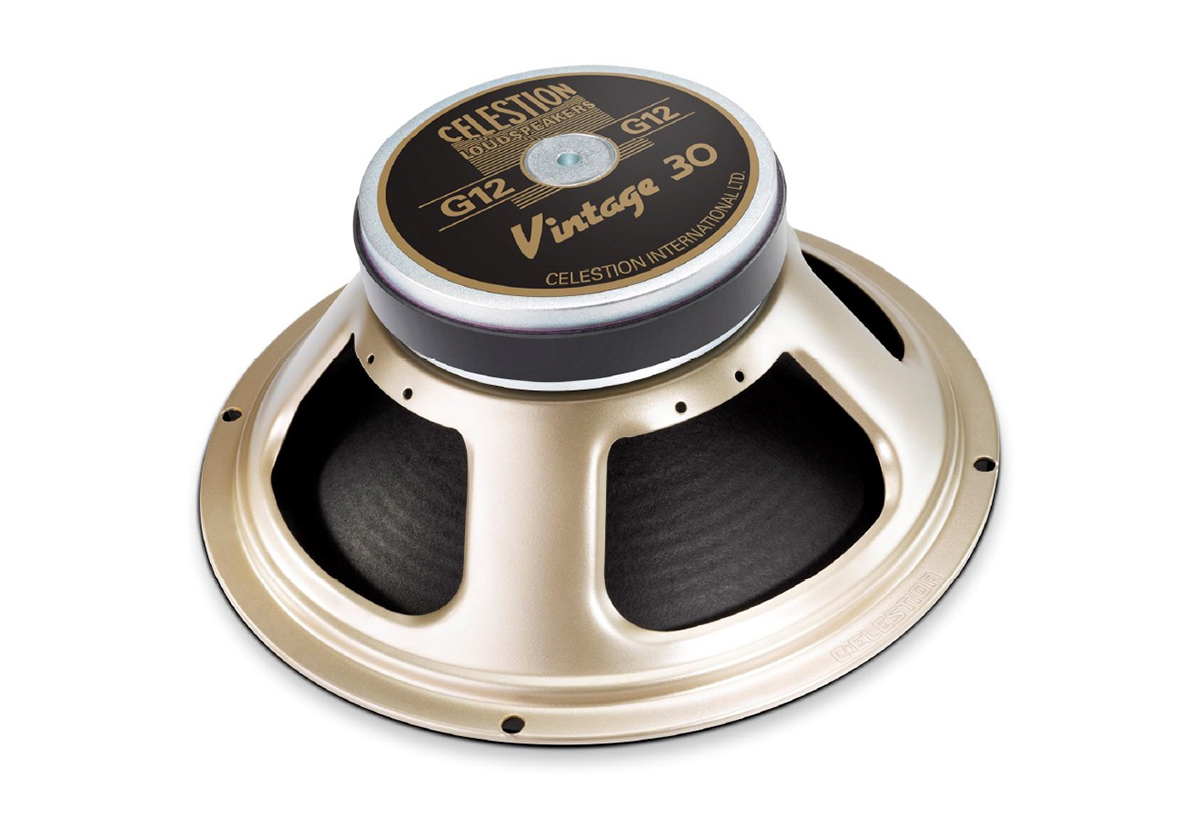 The Vintage 30
“It’s been 30 years since the creation of the world’s best-selling and possibly the most versatile premium guitar loudspeaker ever made, the Celestion Vintage 30,” announced the company at the NAMM 2016 show in Anaheim.

In 1986, a new breed of hard rock was gaining ground. In the bars of LA’s Sunset Strip, young bands were taking the sleaze-fueled sounds of 70s rock to the next level. Equipment of choice included hot-humbucker loaded guitars teamed with heavily modded amplifier heads, with extra gain stages to deliver higher levels of overdrive, saturation and sustain.

Designed to meet the needs of this new generation of players and their gear, the Celestion Vintage 30 grabbed the spotlight as the ‘go-to’ speaker for the hard rocking players and amp builders of the day. Seemingly twice as loud as any comparable speaker of the time, the Vintage 30 handles whatever overdrive the amp can throw at it, and spits it out in a complex combination of tight bass, meaty mids, harmonically rich, with detailed highs.

With sales of well over one million units, and heard on some of the biggest rock albums ever made; after 30 years the Vintage 30 continues to inspire players and amp builders alike with its volume, tone and uncompromising attitude. 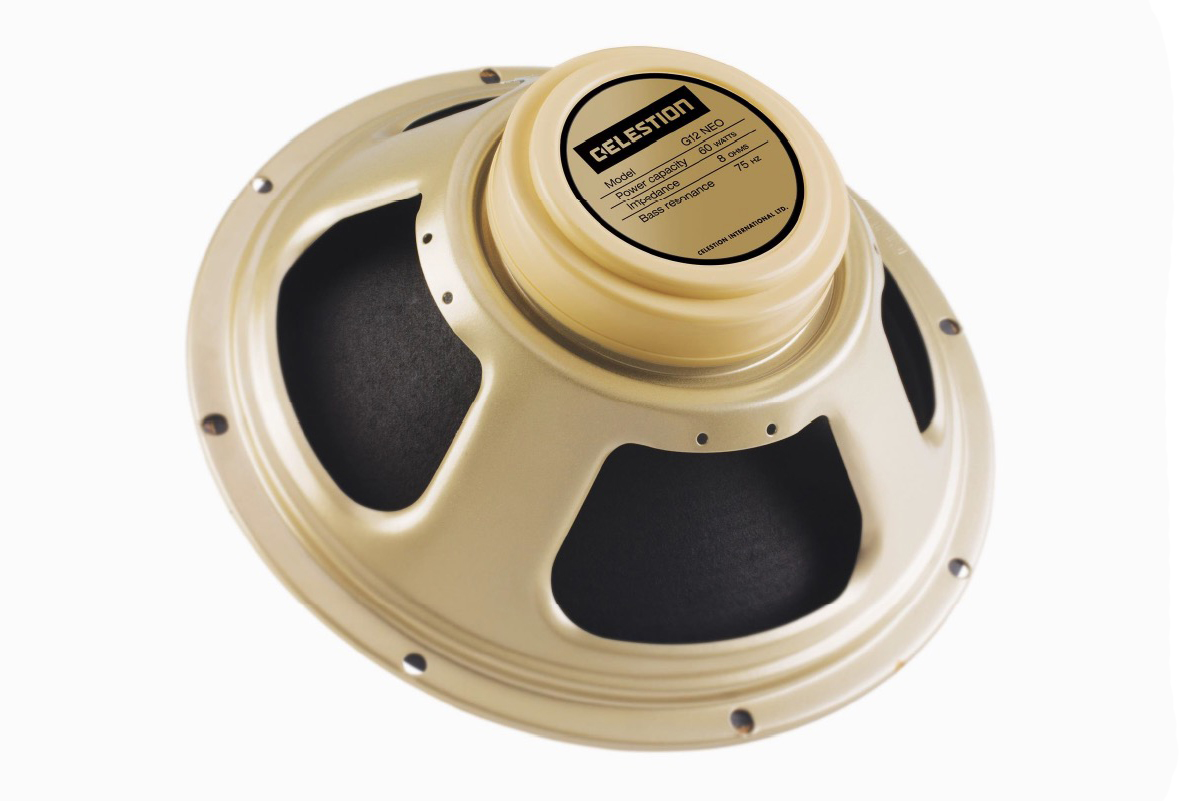 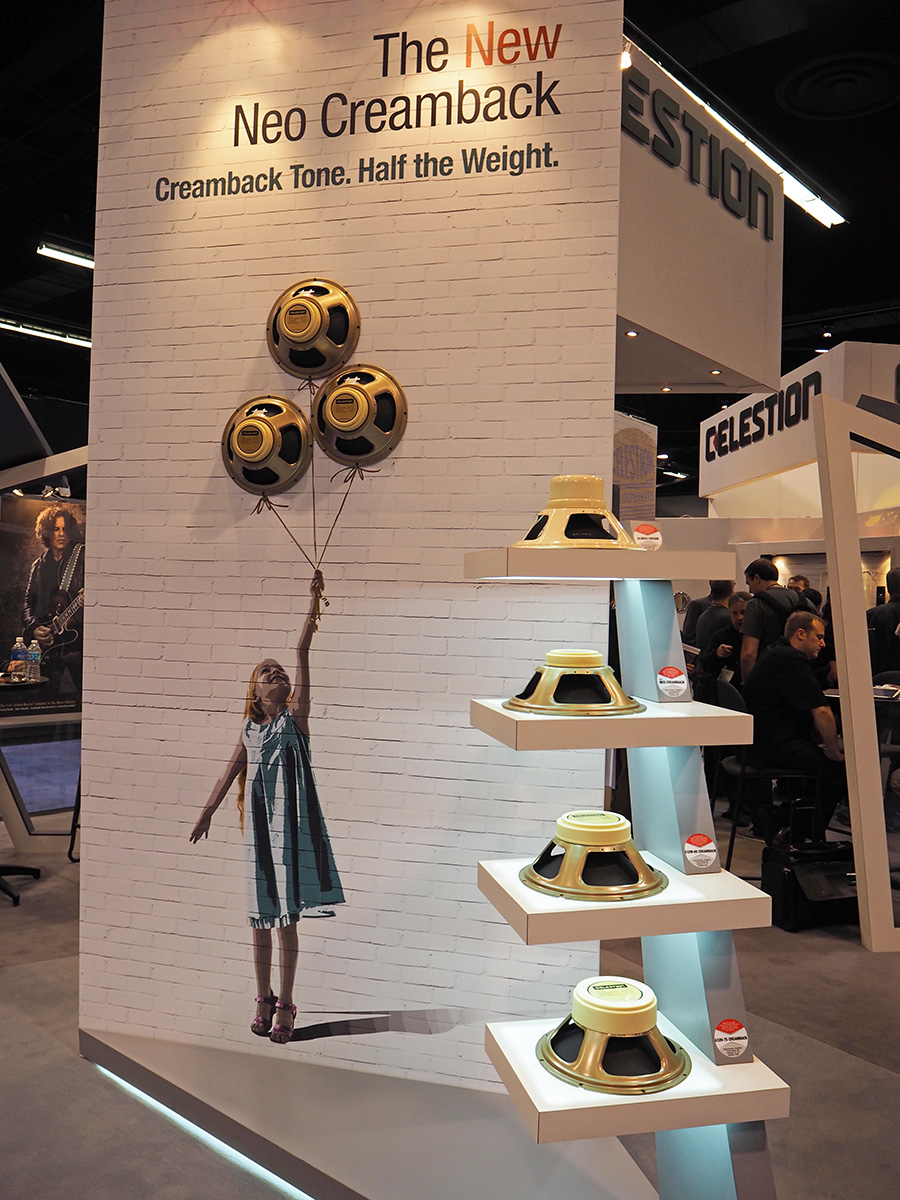 The new speaker still delivers the low end punch, warm, vocal midrange and sweet refined highs the Creamback is famous for. But at only half the weight of a traditional Creamback, it makes a difference on a portable guitar combo or in a large cabinet full of Neo Creambacks. With an 8-hole pressed steel frame and cream colored rear can, this guitar speaker delivers an output sensitivity (SPL) of 97dB and is available in 8 or 16 ohms. 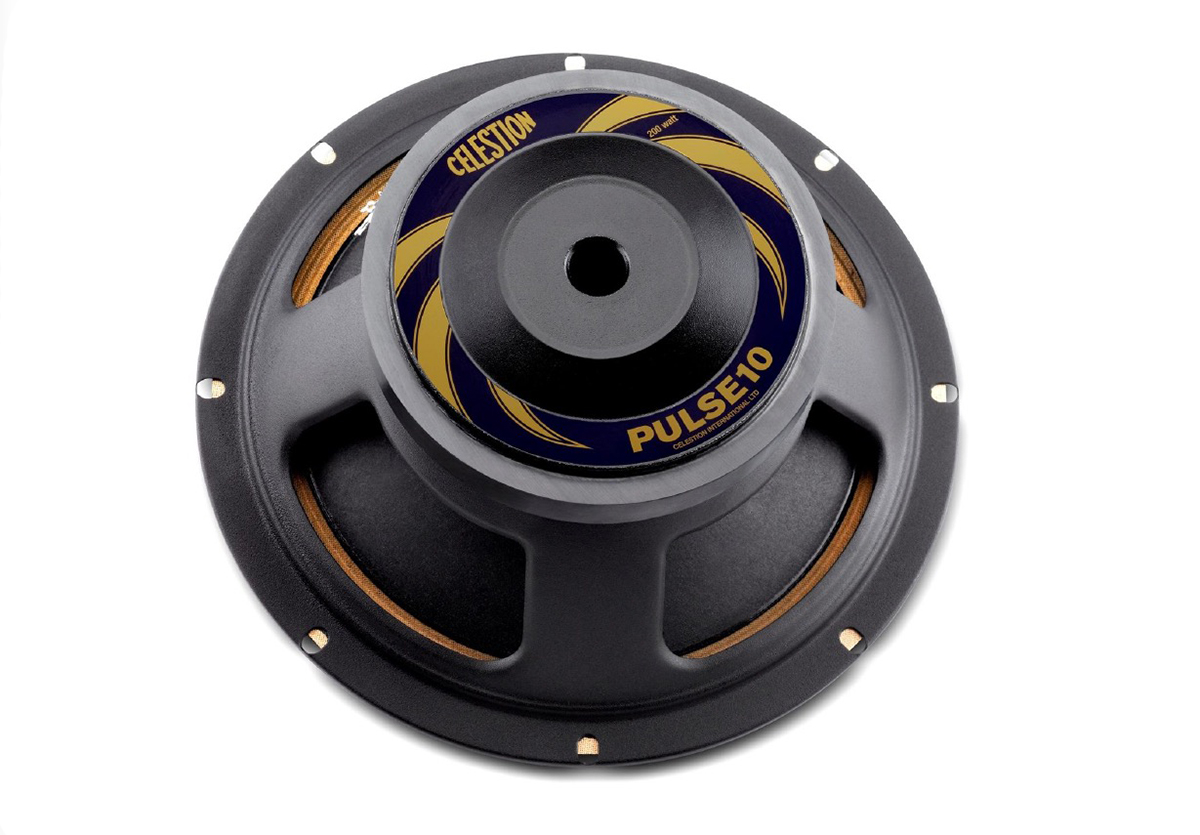 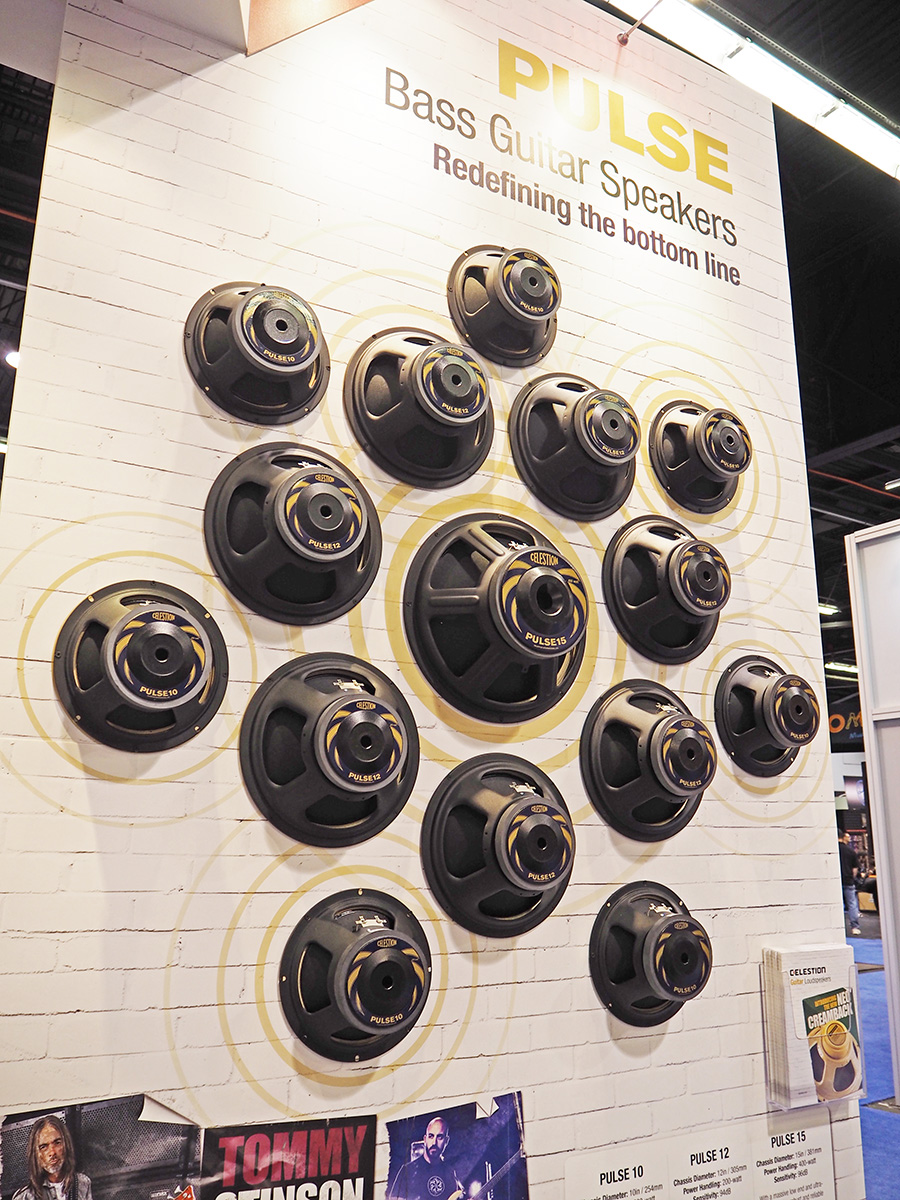 The development of these exceptional speakers draws on both Celestion’s technical heritage in creating the world’s favorite guitar loudspeakers and the brands in-depth understanding of high powered pro audio drivers. Pulse bass speakers were designed to respond to the needs of contemporary bass guitar players, increasingly experimenting with different styles and techniques and looking for a cleaner and reliable amplification in any situation.