The IBC 2014 show in Amsterdam signaled the world premiere for the new Lawo mc²36 all-in-one mixing desk with its powerful DSP micro-core with internal 512x512 port audio matrix, and integrated I/O, natively equipped with RAVENNA/AES67 technology.
No lack of great new broadcast and live production mixing consoles at the IBC 2014 show in Amsterdam. Lawo has chosen this year’s IBC show as the launch platform for its new mc²36 audio console – an all-in-one mixing desk, with a comprehensive feature set that covers broadcast, theater, house of worship, live and install applications. Along with uncompromized sound quality and Lawo-grade mic preamps, it offers unprecedented value for money. 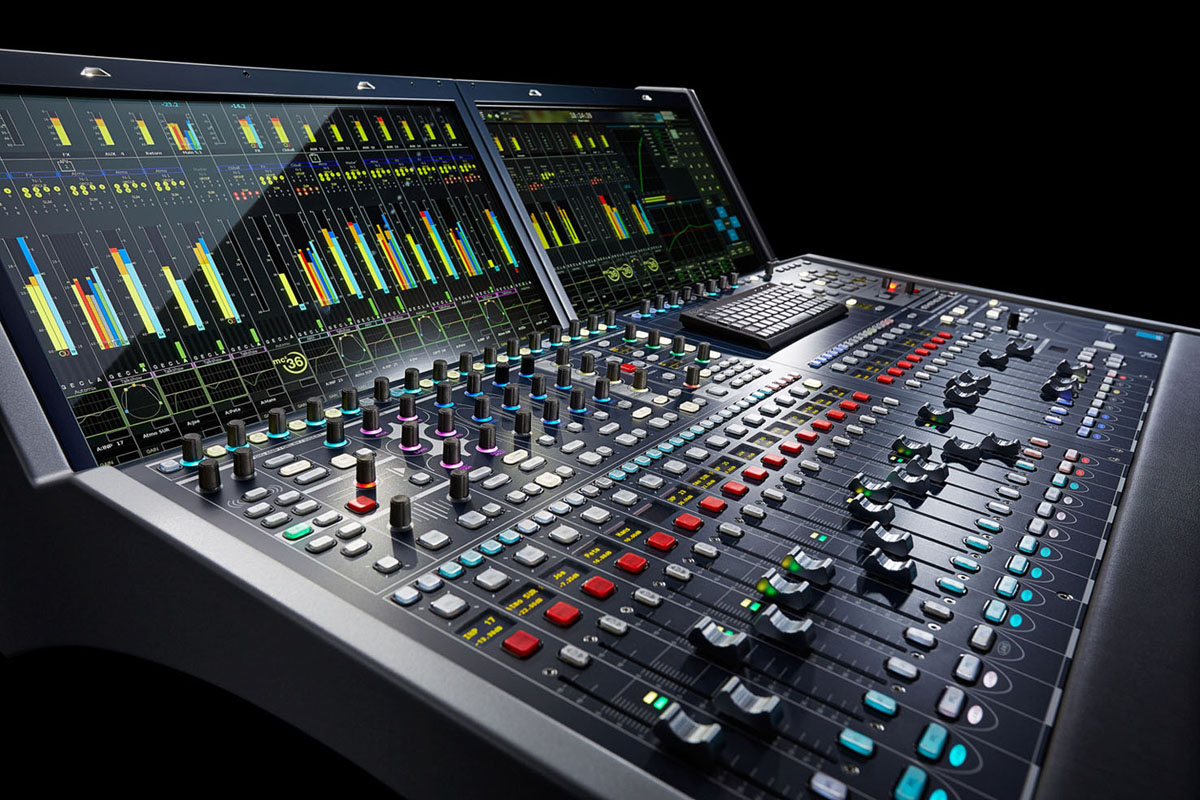 The compact size of the console belies its power. A powerful DSP micro-core with internal 512x512 port audio matrix, and integrated I/O make it ideally suited to permanent installations with limited space, as well as to rental companies looking to optimize transportation. As it is natively equipped with RAVENNA/AES67 technology, the mc²36 integrates seamlessly into IP infrastructures. And for operational security, the console not only has redundant power-supplies but also DSP redundancy.

The Lawo mc²36 was designed as a truly “universal” console, with its focus on ease-of-use. The console geometry combines with tightly integrated displays and controls to meet the demands of a variety of applications. Its 21.5-inch full HD touchscreens work with touch-sensitive color-illuminated rotary encoders to provide intuitive operation – e.g. the dynamics window will automatically pop-up when touching the dynamics encoders, and after adjusting the parameters the auto-close function will close the window without additional user action to restore the full overview.

And if plenty is not enough, the mc² Compact I/O is a convenient and cost-efficient way to expand the mc2 36’s connectivity and to provide a distant stagebox solution in addition to the On-board I/O. Connected via CAT5 or fiber (optional), the ruggedized 5RU stagebox provides 32 Mic/Line inputs, 32 Line outputs, 8 digital AES3 inputs, 8 digital AES3 outputs, 8 GPIO and a MADI (SFP) port. The mc² 36 allows for connecting up to three mc² Compact I/O.

The mc²36 is also fully prepared for intelligent networking with other mc²36/mc²56/mc²66 consoles, and can be operated in combination with Lawo Nova audio routers, giving instant access to thousands of audio channels. Lawo mc² consoles provide intelligent mechanisms (including user-rights management) to allow input sharing between consoles.

Even though the mc²36 is ready-to-go on delivery, it is not limited to a fixed configuration. Any aspect of the console can be adapted to meet specific users’ needs. All production data can be saved on a USB stick and transferred to another console – a facility that is particularly valuable in rental applications. 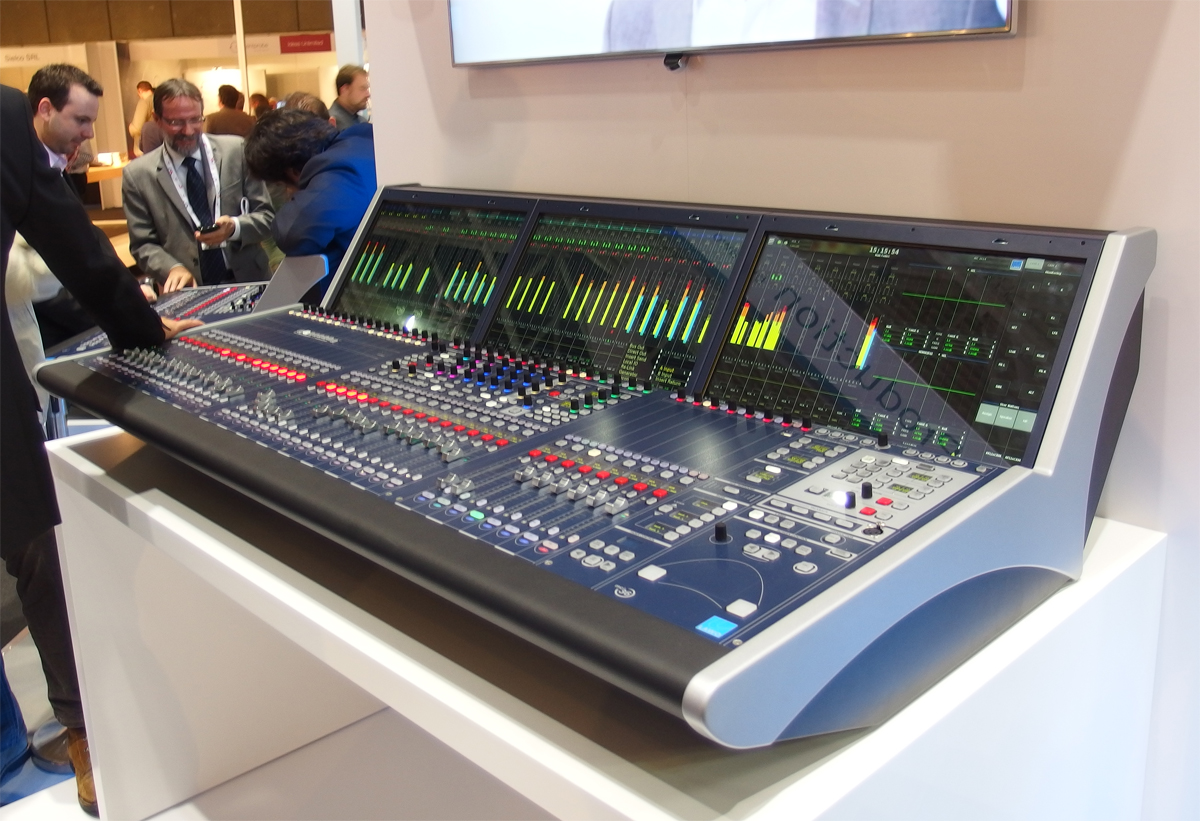 Alongside the mc²36’s onboard Loudness Metering, which was originally requested for broadcast applications, Lawo has developed loudness metering into a tool that is useful in live, theater and house of worship applications. The feature provides full loudness control in accordance with ITU 1770 (EBU/R128 or ATSC/A85) and features peak and loudness metering either separately or in combination. Lawo Loudness Metering can also measure individual channels for fast and convenient “visual” mixing, e.g. of background singers or multi-microphone setups for brass sections, strings and choirs.

Further functionality includes Listen Sense (for offline modification of channel parameters like EQ or dynamics with pre-listen of settings before switching them online); Audio-follow-Video (allowing automated fades from one camera to another with associated audio channels); Upmix/Downmix (from stereo to surround and back); Automix (automatic adjustment of the Ievels of active and inactive microphones, while maintaining a constant ambient level); Remote Desktop (for seamless integration of multiple external PCs with third-party solutions into the console’s user interface); mxGUI (allowing complete offline configuration and advance show preparation); full channel strip customization (allowing users to arrange the order of all DSP modules, including channel direct outputs, meter point, fader and aux sends); and Reveal (automatic input sorting of VCAs).
www.lawo.com
related items