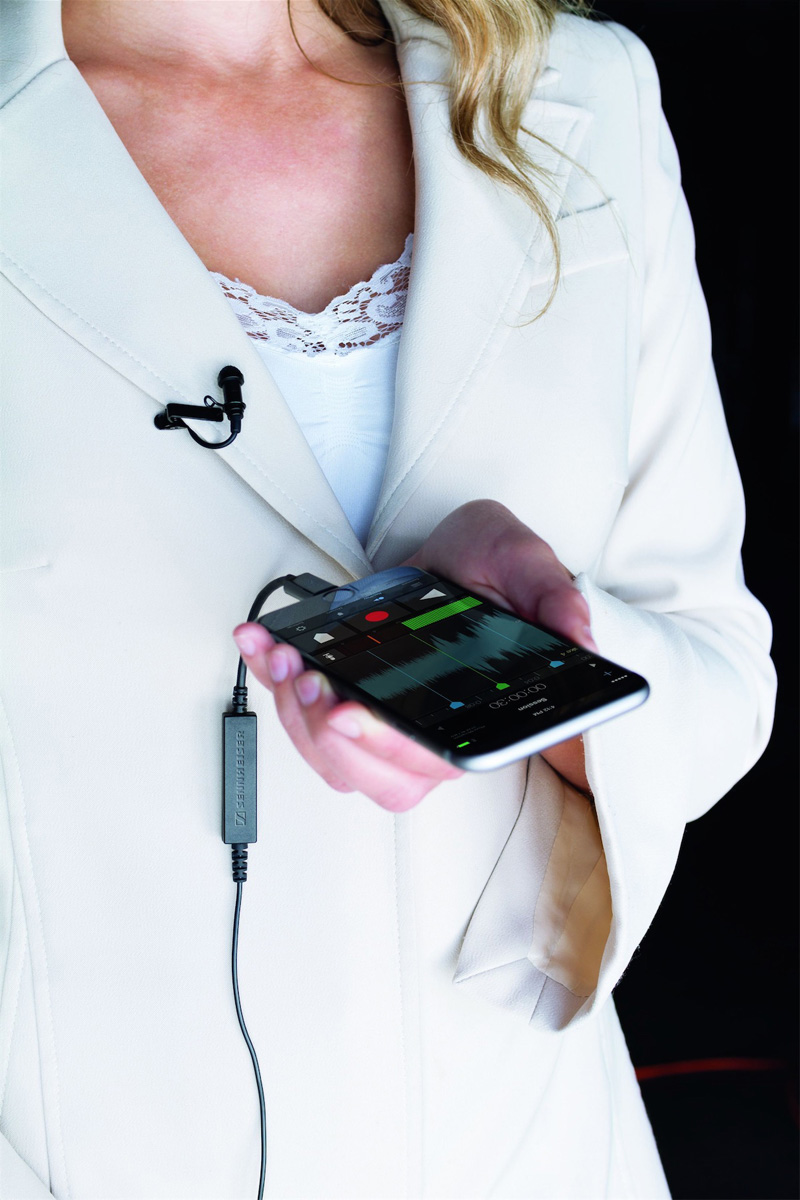 The result of previously announced collaboration between the two companies, the new digital clip-on microphones from Sennheiser and Apogee were designed for journalists looking for an easy audio solution for field interviews, lecturers that want to record a talk, or anyone wanting to capture sound professionally in any type of environment.

“We are proud to launch the first digital clip-on microphones designed to connect directly to your iPhone,” says Betty Bennett, Co-Founder and CEO of Apogee Electronics. “Simply clip on the mic, connect it to the Lightning port on your iPhone and begin recording. Apogee’s award-winning pre-amp and A/D conversion technology paired with Sennheiser’s superior clip-on microphones ensures the highest quality digital audio recording on a mobile device.”

“Capturing audio with a high-quality microphone directly at the source will add a new dimension to your videos. Speech intelligibility will increase tremendously – and will retain this quality when the speaker is moving. The fact that we feed the mobile device with a professionally converted digital signal results in the best possible sound quality,” adds Wolfgang Fraissinet, Director Audio Recording at Sennheiser.

Analog clip-on microphones require a mic pre-amp and audio interface to be able to record the signal. While all iOS devices are equipped with a built-in analog input and mic pre-amp, they are optimized for telephone calls and not for professional quality audio recording. Apogee’s mic pre-amp and A/D conversion circuitry are built into ClipMic digital and MKE 2 digital to offer maximum gain with minimal noise. The A/D converter provides a resolution of up to 24bit/96kHz.

As the Sennheiser/Apogee digital clip-on microphones plug directly into the Lightning adaptor on the iOS device, the headset socket can be used to monitor the audio that is being recorded.

The metadata tags applied to the audio recordings, including Keywords, Favorites, Markers and more can be directly transferred from MetaRecorder to Dropbox as Final Cut Pro XML files. When imported into Final Cut Pro on a Mac, the captured metadata greatly simplifies the process of organizing and parsing media, substantially accelerating the post-production workflow.

In addition, all the essential features of the MetaRecorder app can be controlled from an Apple Watch, including start and stop recording, add a take to Favorites, add Markers or setting predefined microphone input levels.

The free version of MetaRecorder is available immediately from the Apple App Store. Users are limited to 60 seconds of continuous recording until the full version is unlocked, either by connecting a compatible Apogee or Sennheiser audio interface or by purchasing from within the app. 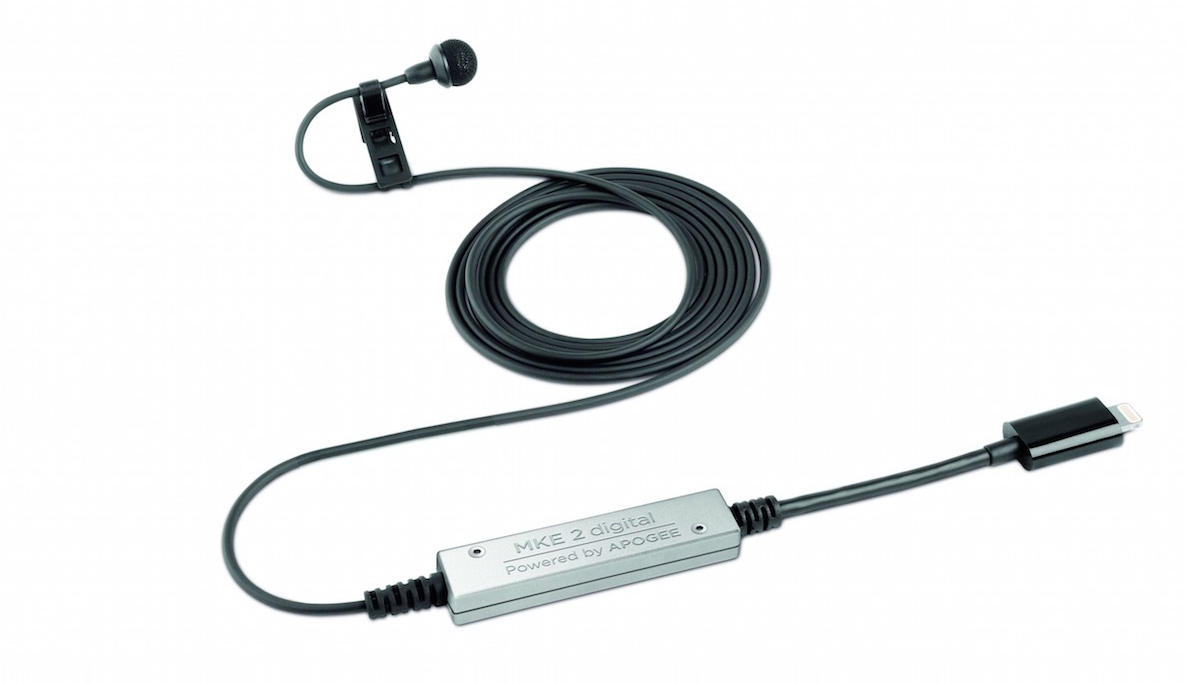 Featuring a high maximum sound pressure level and superior signal-to-noise ratio, this clip-on microphone is fitted with Sennheiser’s Umbrella diaphragm. In this proven design, an acoustically inactive membrane stretches across the active acoustical diaphragm, impeding moisture ingress into the high-performing acoustics of the capsule, thus creating a rugged construction for years of reliable service.

“The Apogee/Sennheiser digital lavaliers cover a wide range of applications,” Wolfgang Fraissinet explains. “They can be used for recording audio only, for example for producing audio podcasts, recording seminars and lectures or as a sort of modern dictaphone. They also enhance your videos with great sound, be it for YouTube, or for journalistic or ENG purposes. And last, but not least, the mics can be used for audio for video purposes, by anyone producing a separate audio track for their videos, such as budding film makers or reporters.”

The ClipMic digital will be available from mid-May, while its pro counterpart, the MKE 2 digital, will follow a month later.
www.apogeedigital.com | www.sennheiser.com
related items