Moog Music Is Now a Company Owned by Its Employees 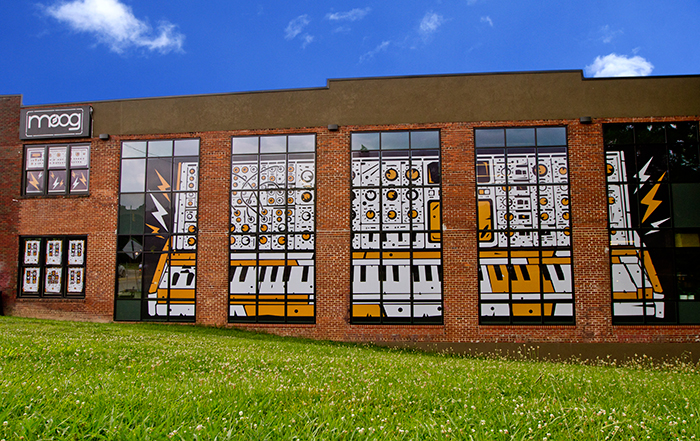 On Tuesday, June 9th, Mike Adams, Moog Music Inc. President/CEO, stopped production in the factory at 4pm and gathered the employees for an impromptu meeting. Adams began by saying, “I called you all here to let you know I sold the company.” After a brief silence, he continued, “The good news is I sold it to all of you.”

Adams’ decision is in line with the vision of Dr. Moog, who wanted the company to not only be a place that took care of its employees and their families, but also rewarded their hard work by sharing in the company’s financial success. Dr. Ileana Grams-Moog, Dr. Moog’s widow agrees. “Bob and I consulted an expert in worker-owned businesses in 2001, but weren’t able to make employee ownership at Moog a reality. Bob would be thrilled that Mike Adams realized this shared dream 14 years later.”

Companies that are employee owned are known as ESOPs (Employee Stock Ownership Plan). Over time, employees are granted shares in the company at no cost to them. There are about 7,000 companies in the U.S. that are ESOPs out of 30 Million companies. Due to employee involvement, ESOPs generally have a superior track record compared to other companies. An ESOP is 25% more likely to stay in business. ESOPs have 25% higher job growth over the last 10 years compared to the non-ESOP. Employees at ESOPs have retirement accounts that are 2.5 times greater than their non-ESOP counterparts. The ESOP will not change company operations. Mike Adams will remain the Moog Music Inc. President and CEO.

Moog Music Inc. has experienced significant growth in recent months and years: The company has experienced an average of 18% revenue growth for the past 12 years. The company’s YTD revenue is up 46% over 2014. Five years ago, Moog Music Inc. had 27 full time employees, today, there are 62 full time employees. Moog has increased its production space by 38% in the last fourteen months.

Moog Music synthesizers and other electronic musical instruments are designed and handcrafted in the Moog factory in downtown Asheville, N.C., carrying on the legacy of Dr. Robert Moog, inventor of the Moog synthesizer and Founder of Moog Music Inc.
www.moogmusic.com