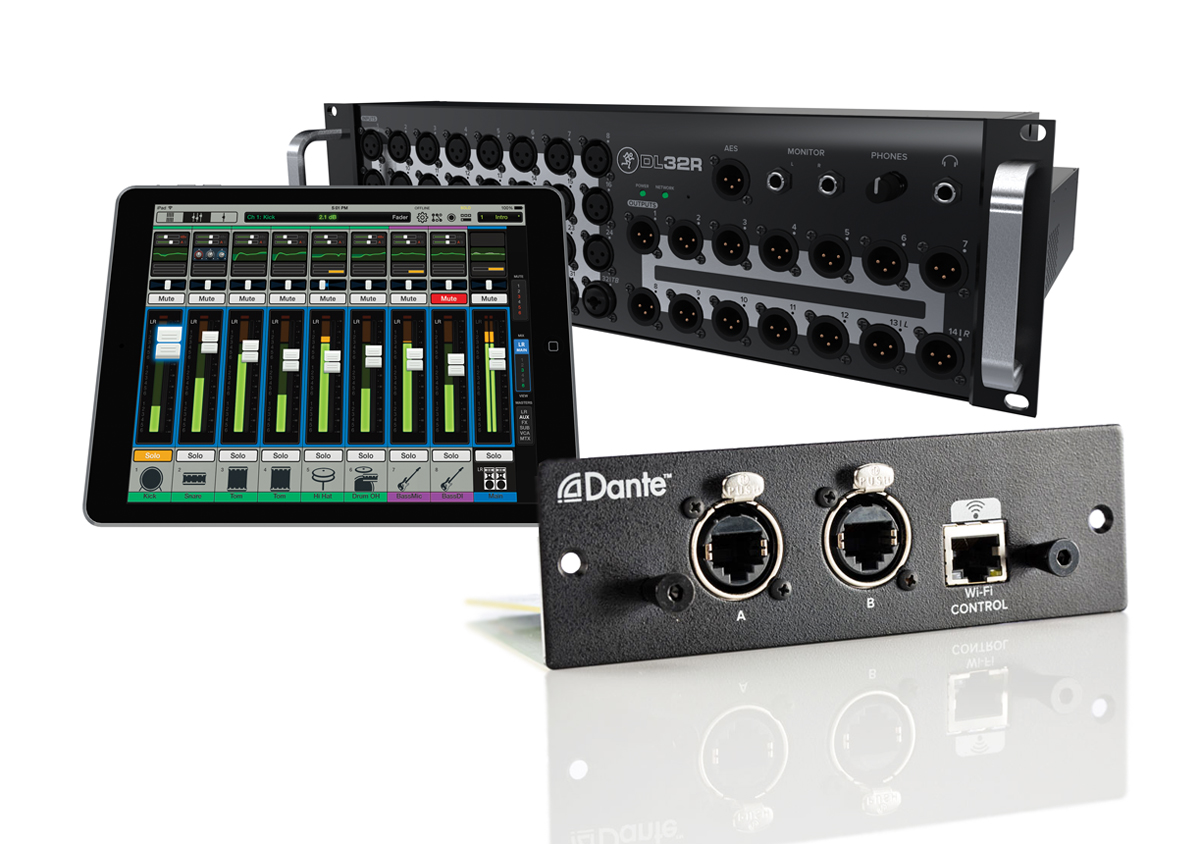 The Mackie DL32R delivers 32-channels of powerful digital mixing with convenient direct-to-drive multi-track recording/playback in an ultra-compact 3U rackmount design. The new DL Dante Expansion Card provides 32x32 channels of network audio I/O, allowing the DL32R to be connected to any Dante-powered AV network. For more information on the DL32R, see here.

Like any Dante enabled device, the Mackie DL32R equipped with the DL expansion card features automatic discovery of devices, simple graphical audio routing, low latency and interoperation with hundreds of Dante-enabled products. Flexible IO patching in the DL32R lets the user route Dante signals to any channel input, and send any of the mixer’s outputs to the Dante network.

“Dante is the clear choice for AV networking,” says Ben Olswang, Mackie Senior Product Manager. “Dante allows the DL32R to connect to hundreds of Dante-enabled audio devices with the seamless interoperability and ease of use that are hallmarks of Mackie products. Dante software is simple and complete, and takes the mystery out of networking while delivering incredible performance.”

“The Mackie DL32R has had amazing market response, and we are incredibly pleased to add Mackie to the list of our 190 plus manufacturers using Dante,” added Lee Ellison, CEO of Audinate. “Their products have long been favorites of musicians and sound engineers. The DL32R with Dante brings Mackie sound and usability to AV networking, allowing users to easily deliver audio where they need it, when they need it, with no compromises.”

The DL Dante Expansion Card ships with a license for Dante Virtual Soundcard software, allowing direct recording/playback of up to 64 channels of audio from any Dante network to a PC or Mac computer. The new Mackie DL32R 32-Channel Wireless Digital Mixer with iPad Control is available now worldwide. The DL32R carries a U.S. MSRP of $2499.99.
www.mackie.com/DL32R | www.audinate.com
related items