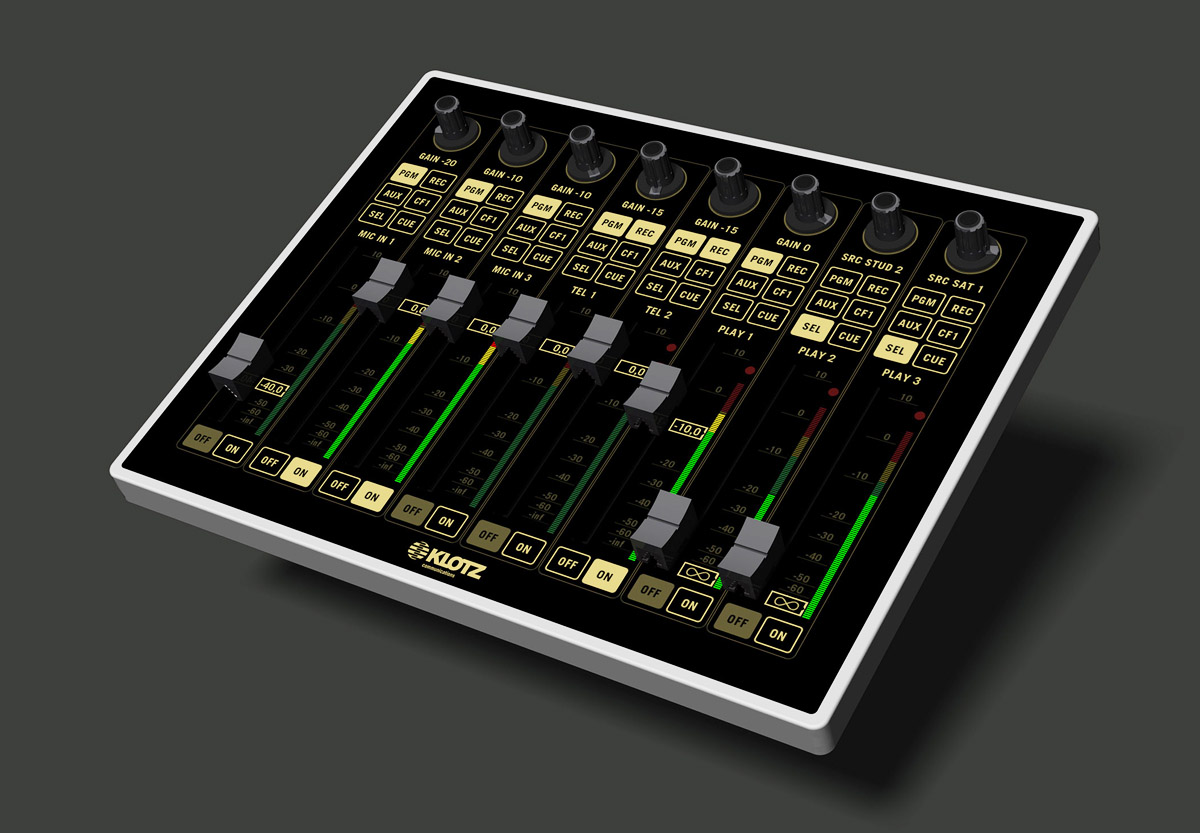 According to Klotz, the Touchstone surface layout supports flexible and tactile control for safe and easy operation. The modular concept allows the creation of complex audio mixing systems that seamlessly integrate into any particular workflow and fulfill the most stringent requirements in master control rooms, edit suites, event locations, and on-air studios. The controllers are available in multiple layouts and custom built configurations.

Touchstone controllers use the company’s Touch’n Tactile technology to provide operators with advanced ergonomic control and instant access to signal processing and all important mixer data. As the announcement explains, “the unmatched combination of a touch sensitive LCD monitor with integrated tactile actuators allow for new graphic surface designs as all the tactile elements are surrounded by active displays - nothing hides the important parts of the LCD monitors.”

The new controllers are equipped with common interfaces to allow control of audio processing, software and hardware utilities like radio mixers, DAWs or audio/video routers from the same device. With Touchstone controllers program associated data such as videos, pictures and text can be managed from the same controller to control signal processing, signal routing devices or other applications.

The company also confirms that the concept is fitted with low power consuming processors running on embedded operating systems. They are equipped with USB, Ethernet and RS 232 interfaces for communication with external networks and for technical control of radio shows from the same device. Profanity delays, telephone hybrids and outside broadcast codecs can be controlled and monitored from Touchstone controllers as well as audio distribution and routing.

The Touchstone configuration software offers comfortable tools to make individual programming of the console surface easy. The layout can also be customized via HTML/CSS programming. Widgets to control faders, push-buttons, rotary knobs, and many other devices are included in the setup software and can be positioned in any location on the screen. These widgets can also be modified with customers’ individual graphics and can be configured to control any device connected to the control network such as routers, DSP engines and other third-party equipment.

In combination with Klotz Communications’ router control software, the Touchstone controllers can be configured to control highly complex routers and console networks. The DigX-Pro protocol command language is also compatible with the VADIS control language, allowing to connect Touchstone controllers to any VADIS equipment. 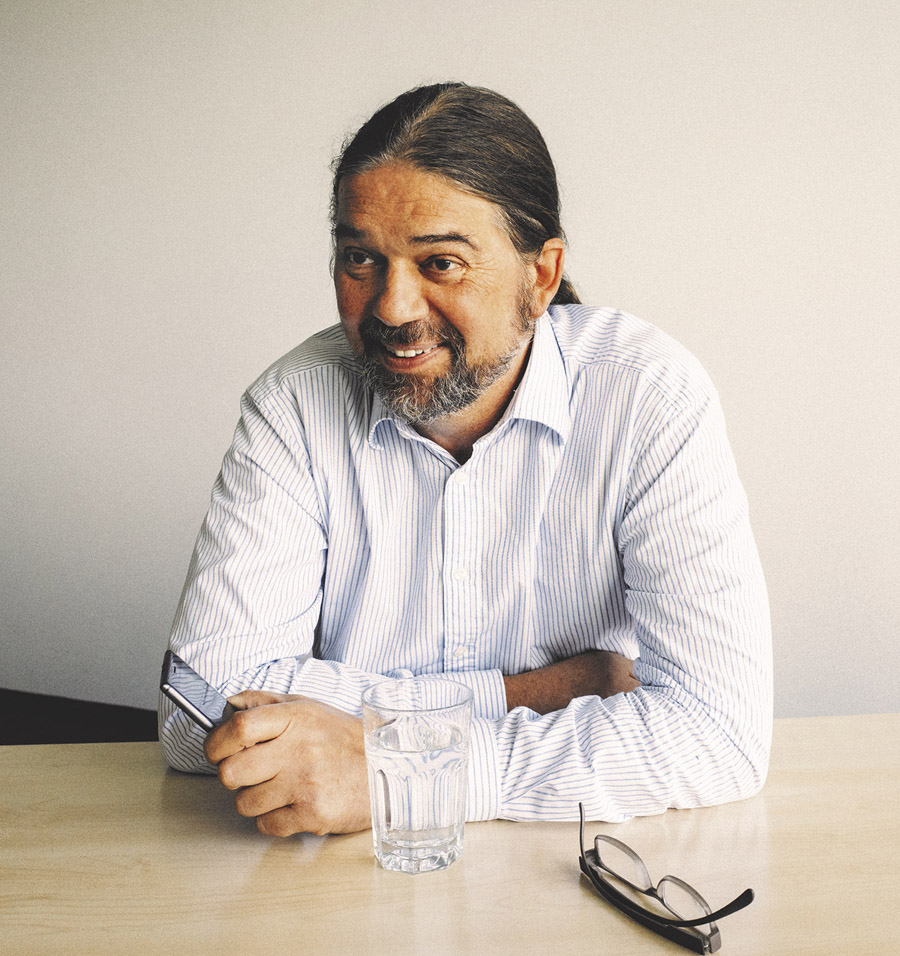 A new company
Having focused on innovation and product development with his company Klotz Digonomics GmbH over the past few years, Thomas Klotz has embarked on a strategic re-organization program, which has led to the recent establishment of the new company Klotz communications GmbH based in Munich, Germany. Klotz communications markets a new suite of products targeted for the Broadcast, Conference systems, and installed sound markets. Former Klotz Digital is now Qphonics.

Andre Sauer joined Thomas Klotz as a shareholder and operating partner taking over marketing and distribution agendas worldwide in the newly established company. Andre, who led the stellar growth of Klotz in the Asian territories in the last decade, is based in Perth, Australia, and will reinforce the already strong position of Klotz communications in that region. Andre brings with him a team of distribution partners, which will ensure the continuous growth of the Klotz brand and its global market position.

Klotz Systems Ltd, Shenzhen, is the exclusive distributor and marketer for Klotz communications in China. Together with a number of local partners the company services the markets for broadcast products and conference systems.