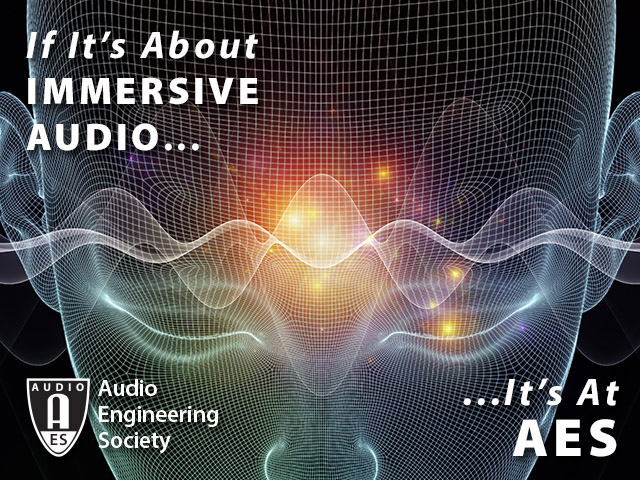 France occupies a leading role in the research and the development of Binaural Listening (the BiLi project) due to both the remarkable research of Rozenn Nicol at Orange Labs (formerly France Telecom) and the growing demand for binaural listening in the Audio and Audio Visual market. Rozenn is also the author of a fascinating AES Monograph on Binaural Technology.

During the Technical Program at the 140th AES Convention, many of the groups participating in the BiLi project in France will be present (Orange Labs, France Televisions, CNSMDP – Conservatoire de Paris, IRCAM, Radio France, Arkamys, Trinnov, a-volute, CNRS-LIMSI). One of the workshop rooms will be completely equipped with headphones so attendees can hear a Binaural Listening experience first hand.

Radio France, under the responsibility of Edwige Roncière and Hervé Desjardin, have also produced a remarkable amount of program material for both 5.1 Multichannel and Binaural Listening. This important research and development work will be presented in Workshops, and through special activities devoted to Audio Projection, in Multichannel and with Binaural Listening.

AES Convention Co-chair Mike Williams says, “I can recall when I first joined the BBC in 1960, we used to look with some amusement on the people who listened to music on headphones. However I can also remember my first overwhelming experience of listening to a vinyl recording of Cheherezada on BBC cans (headphones) which I had modified to take stereo signals – strictly forbidden, by the way. The world has changed rapidly over the years, and now the number of people listening on headphones, earphones and earbuds far outweighs the loudspeaker listening public. The great majority of the public are now Binaural Listeners, whether we are talking about MP3 and Hi-Res portable players, smartphones, tablets, hifi headphones, audio for television, or audio gaming.”

The goal of binaural listening with headphones is to recreate inter-aural cues that are analyzed by the brain to construct a representation of the 3D sound stage. There are two main ways to reproduce these interaural cues to create binaural content, but there are many ways to use these methods for artistic or dramatic purposes.

One seeks to use a dummy head to reproduce with as much precision as possible the binaural cues that we would experience in the real live listening situation. This approach is the most obvious method, but there are many difficulties to putting this into practice. For instance, it does not allow changes of sound source position when mixing, there is also the problem of head tracking (having the soundfield not following the head movement) to be taken into account, and the precise matching of the listener’s particular Head Related Transfer Function (HRTF) is of primary importance.

The other approach seeks to recreate these binaural cues. Each direction of sound sources will be recreated virtually by applying the correct interaural cues (HRTF) – these different directions could be the position of virtual loudspeakers in the case of binauralization of multichannel content, or the position of objects in the case of the audio object approach. Binaural Listening, within the 140th AES Convention’s Immersive Audio track, will present both approaches to this old but newly reborn technology, bringing the listener up to date on the science and art of the present day Binaural Technology environment.