The 2015 California Audio Show (August 14-16), at the Westin San Francisco Airport (SFO) Hotel, in the Bay Area, is the 2nd longest-running audio show in the U.S., now in its 6th year. Already with an exciting list of exhibitors for the 2015 edition, the California Audio Show decided to promote new high resolution audio demonstration areas, among other interesting initiatives.
The 2015 California Audio Show or CAS, is the second longest-running audio show in the US. The event will feature the most recent consumer audio offerings presented by more than 120 brands in 50 plus rooms at the Westin SFO hotel. According to the promoters, the CAS is also a great opportunity to meet with clients from some of the wealthiest counties in California. The show will include also the HeadMasters, an entire section dedicated to headphones for high-end audio and related products; and the VivaVinyl! section, with more than 10,000 records from CD to vinyl and the latest high-resolution audio (HRA) offerings.

Celebrating its 6th year, the California Audio Show has decided to take a new direction toward fostering interest in high‐end audio with the next generation of potential audiophiles. Recognizing that Millennials and post‐Millennials have grown up in a mobile, digital world, this year’s show will devote significant floor space to products and demonstrations geared towards interactively engaging these two generations with the world of high‐end, high resolution audio.

Beginning on August 14, 2015, the show’s new direction stems from the promoters decision to build a bridge from high‐end audio to new generations. Engaging the next generation with consumer electronics categories that matter the most to their lifestyle, the show has created ways to demonstrate the benefits of high‐end audio products in an interactive and fun way.

“We’ve always concentrated on showing the latest high‐end audio products at the California Audio show”, commented Constantine Soo, the show’s producer. “When I think about the current generation of high‐end audiophiles and their demographics, that younger people haven’t yet discovered the sheer fun and great lifestyle our hobby has to offer, my passion for music and high quality sound won’t allow me to accept that. These are my roots,” continued Soo. “So I began a search to find others who had the same passion as I do about music and audio equipment. That’s what led me to producing the show. And along with my Dagogo website, I have made it my life’s work to promote high‐end audio for all to enjoy.”

Soo decided to form a lifestyle panel to collaborate and share ideas on how to enhance more awareness of high quality music reproduction. He also sought out industry veterans who shared his passion and would help him grow his show beyond its past format. One of those people was CE industry veteran Jim
Arvanitis, a former sales and marketing executive with Kenwood USA Corporation, KRK Loudspeakers and Sony and the show’s new manager.

“Can high‐end audio really be a part of everyone’s life? Or has the digital age given way to more convenience and less quality? Have music lovers been conditioned to accept ‘good enough’ sound
quality when better formats and audio gear are available?”, asks Arvanitis. “I think we’ve seen how far we can compress sound quality and what we lose when we do it. It’s time for everyone to experience and share sound quality the way musicians and recording engineers meant for it to be heard”, said
Arvanitis.

Arvanitis is convinced that when consumers hear how good its music can sound, it will absolutely recognize the difference and want it for themselves. “We’re betting on that notion by devoting a meaningful amount of floor space and energy toward building a bridge to the next generations of high-end, high resolution music lovers,” continued Arvanitis.

A separate personal audio and headphone room located in a prime area of the show will be located on the hotel’s main floor. Keeping with the show’s theme, high-resolution digital music servers are being shown by several exhibitors. Panel discussions and seminars will be featured throughout the show on a variety of topics. Award‐winning engineer/producer Bruce Botnick will be leading a panel discussion tracing music from the studio to the market. Craig Allison will reveal the benefits of music in his “Music and Healing” presentation. And Roger Skoff, former XLO chief along with other wire company luminaries will be included in what promises to be a spirited panel discussion called “Cables: Voodoo or Snake Oil.”

Live jazz and other musical performances will include Danny Hull, a multi‐talented musician who has toured with Michael Bolton and was a member of the Doobie Brothers, classical pianist Katherine Griffith who will perform selections from her “Music for the Mind and Heart” CD and others.

“We’ve planned an ambitious show this year. It seems like there’s always more to do and many more ideas to explore and put into action. But it’s shaping up to be an epic event,” exclaimed Arvanitis.

Among many events to take note, Prof. Keith Johnson of Reference Recordings and Spectral Audio will chair a seminar between 12-1 p.m., and Nelson Pass from 2-3 p.m., both on Saturday, August 15, 2015. 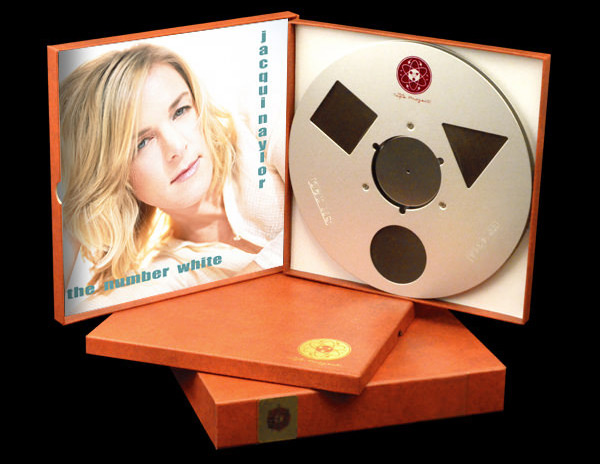 Also, on Saturday 15, ‘The Tape Project’ - dedicated to reel-to-reel analog tape recording - promotes a rare in-person appearance of artist Jacqui Naylor and unveiling of a brand new title from new Jerry Garcia & David Grisman at 5:30-7:30 p.m. The promoters will be playing tracks from Jacqui’s exclusive Tape Project release, The Number White, and discussing the technical challenges in the making of this pioneering effort in the 21st century rebirth of audiophile tape listening.

Jacqui Naylor’s album was recorded entirely on analog tape, from tracking on 16-track 2” tape in the legendary Bill Putnam built Coast Recorders studio in San Francisco, then the title was mixed to 1” two-track tape by Grammy nominee Michael Romanowski, and mastered by Grammy winner Paul Stubblebine. The finished album was then duplicated in real time on 0.25” tape at the Tape Project’s Tape Shed.

The CAS at the Westin SFO runs from August 14 through August 16. Hours are 10 a.m. to 6 p.m. on Friday and Saturday, and 10 a.m. to 4 p.m. on Sunday. Single-day and three‐day passes can be purchased on the website or at the door. College student discounts are also available on the website and at the door. Admission is free for those under 18 years old.
www.caaudioshow.com
related items