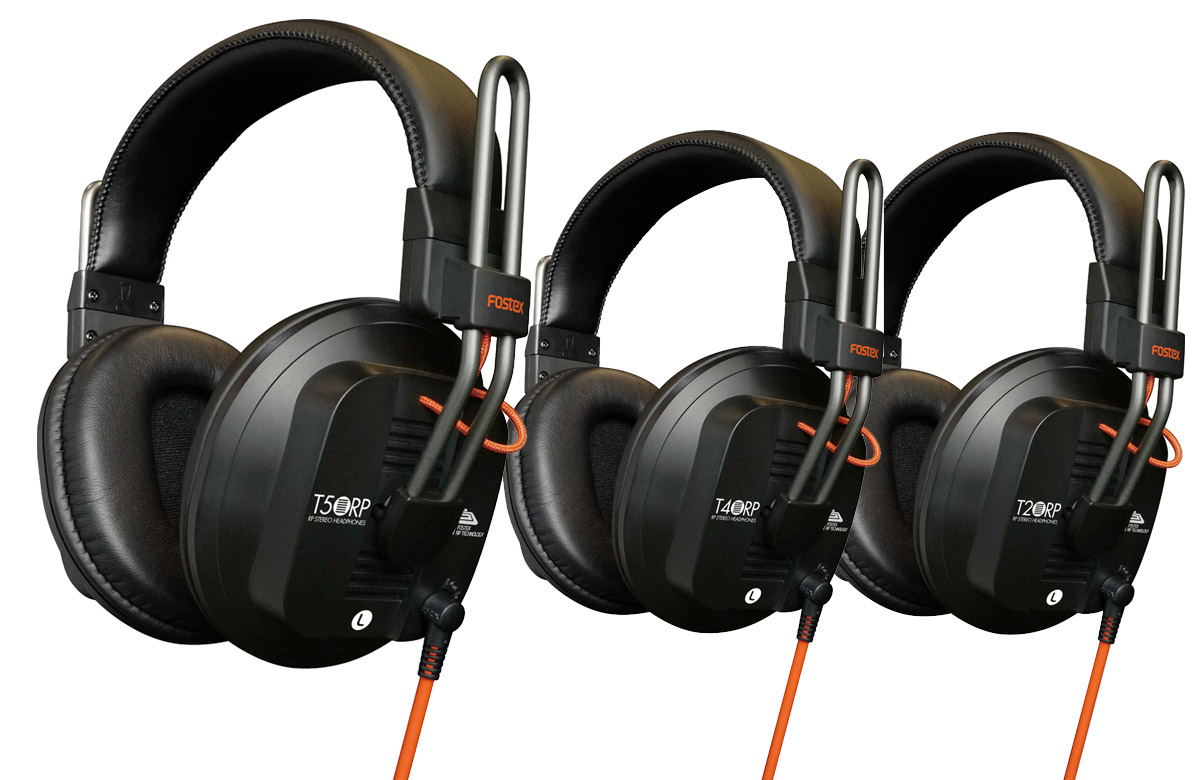 The driver unit incorporates the Fostex proprietary Regular Phase (RP) Technology (Orthodynamic) diaphragm, which has been refined to achieve sharper audio reproduction for more accurate monitoring. The housing, ear pads and head band padding have also been re-designed to improve comfort and derive the maximum performance from the RP driver.

The new series includes three different versions, each specially tuned for different sound characteristics. The T20RP mk3 has an open construction for deep bass response; the T40RP mk3 is a closed-backed design for focused Bass response, while the T50RP mk3 is a semi-open design for flat and clear response. All models are rated at 50 ohms impedance and 3000mW maximum input power with a very similar sensitivity of 91/92dB (at 1kHz, 1mW).

Thrilled at the debut of this new take on a studio legend, Kris McDougall, National Sales Manager for American Music & Sound (Fostex US distributor) says that, “like many other Fostex products, these have been industry standards for years. It’s nice when we can take something as classic and well established as these unique headphones and really take them to the next level.”

The new headphones were developed with a re-designed housing to extract the maximum performance from the RP driver. The newly improved ear pads give better isolation and lower repulsion than the previous generation, while both the pads and headband have been redesigned for even more comfort. Fostex has also included two detachable cables with each pair of headphones: one for studio use, and one for use with mobile devices while on the go.

The Fostex Company was founded in July 1973 by Foster Electric Co.,Ltd. (founded 1949), one of the world’s largest developers of OEM speaker and transducer products.
www.americanmusicandsound.com
www.fostexinternational.com
related items