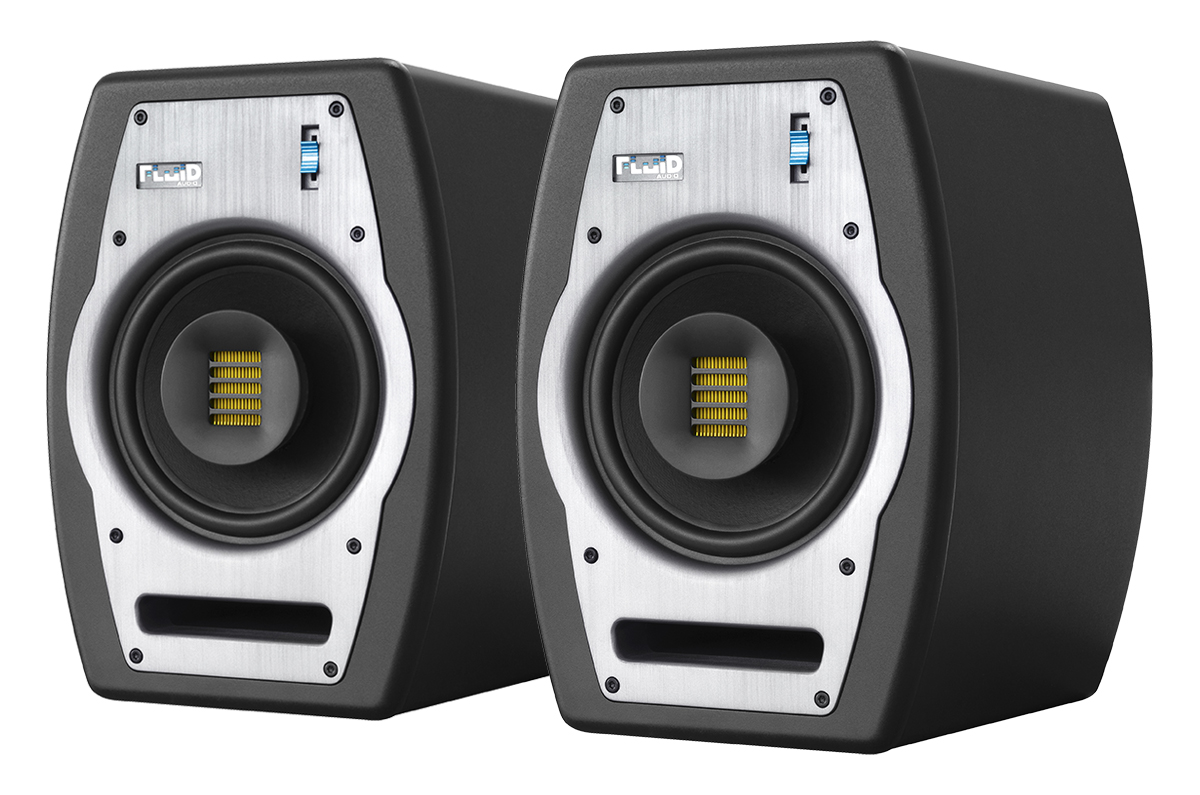 Fluid Audio was founded by loudspeaker engineer, musician and recording enthusiast Kevin Zuccaro. Starting with his first job at JBL in 1990, Kevin developed a passion for audio, and learned speaker development from the ground up. Working on speaker drivers, hi-fi systems and cinema projects gave him a well rounded approach to speaker design, however he would always go home at night, play his guitar and focus on his real passion: Creating music and professional tools that would help him do this. He got his chance at Cerwin-Vega in 1998, working on hi-fi products as well as portable PA, but wasn't until he came to M-Audio in 2005 where he began to focus solely on powered studio monitors. Managing the entire monitor segment for Avid, he had the freedom to design and voice all of the M-Audio monitors, and learn to better integrate them into the studio workflow. Leaving M-Audio in 2011, Kevin then founded Fluid Audio.

The design philosophy behind Fluid Audio monitors is optimization - as some like to say “solving problems”. As Kevin Zuccaro describes, “As an Engineer, you are always constrained somewhat by a price point you are trying to hit. Our idea is to take each part of the monitor, and see how good we can make it for a given price level. Where we think we’ve succeeded in optimization is in the amplifier, port tube and tweeter wave guide - but most dramatically in the voicing (or sound quality).” 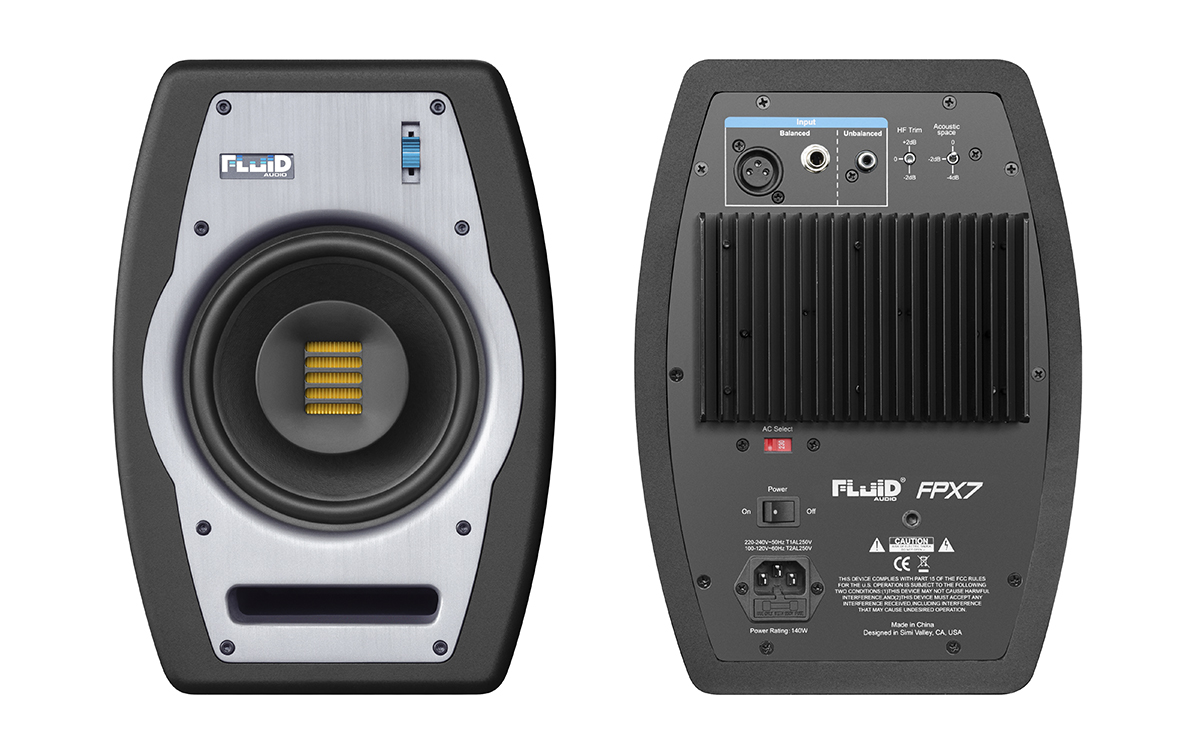 What makes the FPX7 so unique, is that the AMT tweeter is mounted in the center of the woofer – in a coaxial configuration, which makes this speaker the first of its kind. As Kevin Zuccaro explains, “Coaxial drivers, found in such world-renowned monitors such as the Manley ML10, provide such accuracy and detail because all of the frequencies coming from the tweeter and woofer radiate from the exact same position in space. This is critical for accurate off-axis response as well as phase coherence. The AMT tweeter is mounted to a custom designed waveguide, which provides it with wide dispersion and an expansive sweet spot. The complex, DSP controlled crossover provides a perfect blending of the woofer to the AMT tweeter, and ensures that there is effectively zero variance speaker-to-speaker. The "engine" is DSP powered.”

“The studio monitor, like any speaker, is meant to reproduce the entire landscape of the recording (in all 3 dimensions). Fluid prides itself on the importance of speaker imaging - or how the speaker presents a realistic soundstage. When you close your eyes and listen to a pair of speakers, you don’t want to hear two boxes with speakers in them. You want to be transported to the recording, where you can pinpoint exactly where each musician and instrument is on the "stage". As a recording or mixing Engineer, you want the same in reverse - to be able to place each instrument where you want it to be in the mix,” Kevin Zuccaro adds. 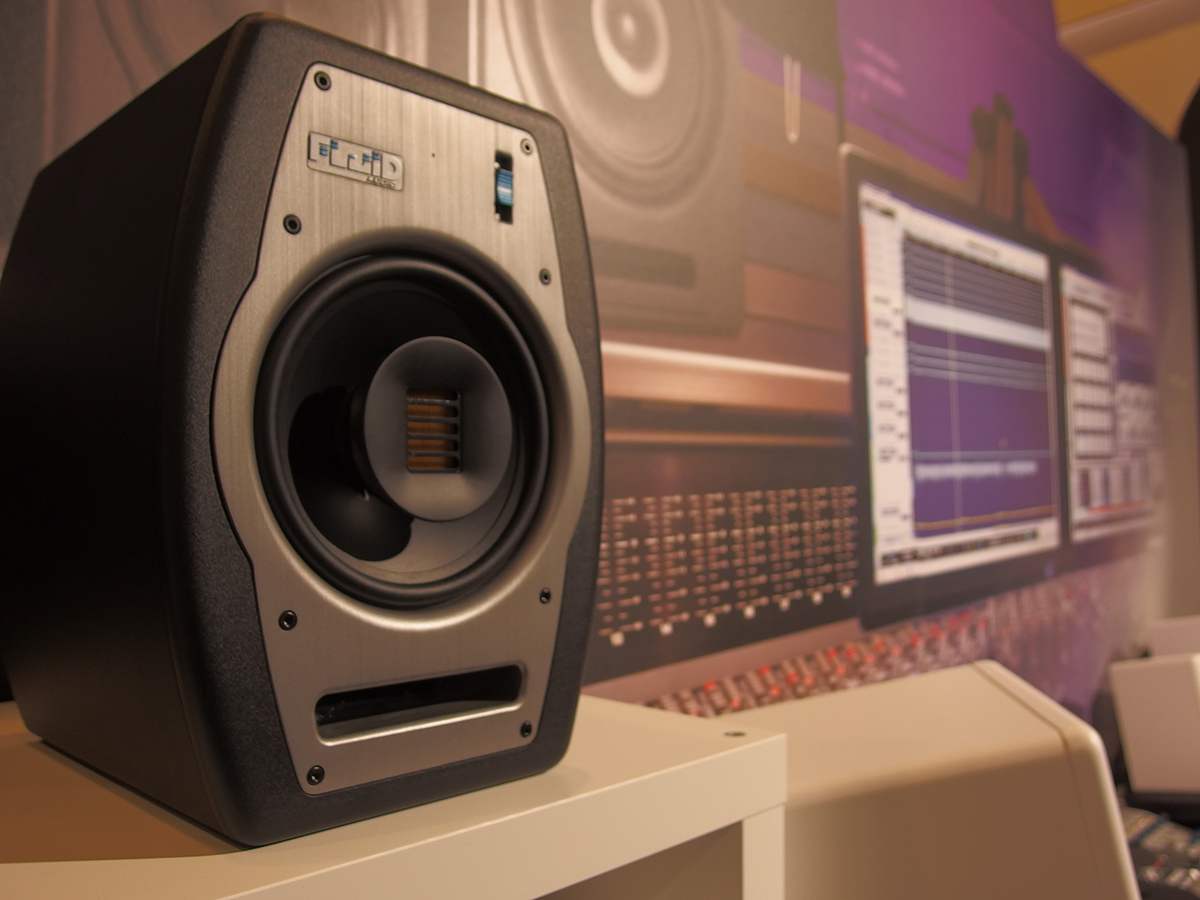 The FPX-7 will be available for $549.99. Mixware, LLC is the exclusive US distributor for Fluid Audio.
www.mixware.net | www.fluidaudio.net
related items