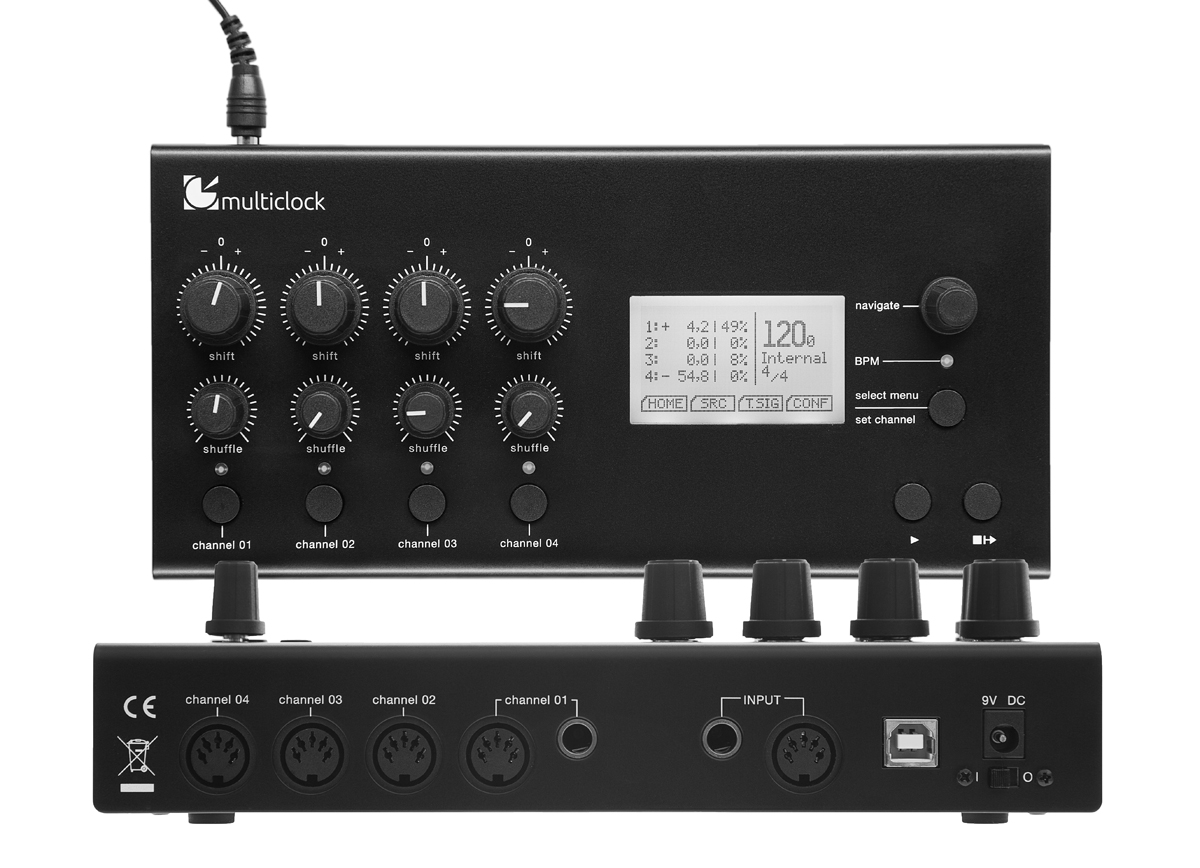 Berlin-based company E-RM Erfindungsbüro was founded in 2013 by Maximillian Rest and Rudolph Ribeiro Maier, making a name for itself in the field of professional audio synchronization from the get-go with its inaugural product, midiclock, a compact and bijou jitter-free master clock, capable of generating amazingly-accurate MIDI Clock messages, DIN Sync/sync24, and analogue clock pulse to synchronize musical hardware or improve DAW synchronization.

The company clearly puts a lot of effort into its products and chooses to assemble its impressive products by hand, working in close cooperation with carefully-chosen local suppliers around Berlin. And that’s also the case with the brand new multiclock — an ultra-reliable multi-channel, multi-format sync box that builds a musical bridge between DAWs and external (MIDI, DIN Sync/sync24, and analogue modular) musical gear like no other by converting clock signals for tight integration into digital production workflow without troublesome timing issues, as well as providing helpful and creative realtime shift and shuffle controls to independently compensate for sloppy slave machine delays and also add groove to each creative channel.

multiclock’s ‘mission impossible’ is to therefore act as a one-stop shop for creatively synchronizing all kinds of musical equipment to a master DAW with the greatest of ease and, obviously, precision. Put simply, it is built to overcome all of the well-documented problems associated with achieving tight synchronization of sequencers, drum machines, arpeggiators, and other external equipment with each other and also within the workflow of a DAW. Doing this is easier said than done from a technical standpoint… 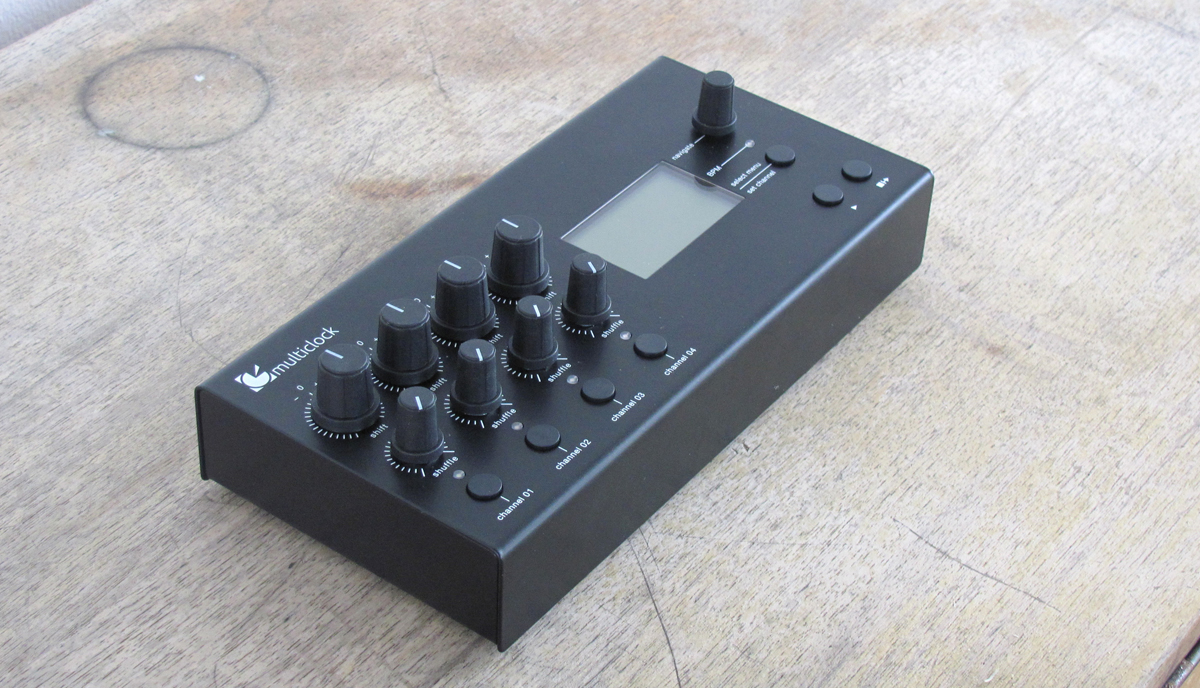 The key to multiclock’s reliability and innovation is its ability to acquire a variety of sync signals from an Audio Sync track, as opposed to relying on a MIDI Clock signal. Synchronizing multiclock to a master DAW relies on a sample-accurate audio clock stream, which, in turn, guarantees gloriously-tight clock signals to within ±1 sample of jitter — jitter being defined as the undesired deviation of a periodic signal from the ideal timing.

To put the figure into its rightful context, consider that jitter here is as low as ±20 μs (microseconds) and that one microsecond is to one second as one second is to 11.574 days! Do the math. multiclock makes such superlative synchronization possible by providing an audio Input (1/4-inch jack socket) to process a special sync track generated from the company’s downloadable multiclock AU/VST plug-in (for Mac OS X/Windows) namesake. Alternatively, another way of simply synchronizing multiclock to a DAW is to load the special sync sample downloadable from the dedicated E-RM Erfindungsbüro webpage (http://www.e-rm.de/support/ downloads.php). Whatever the route, the result remains the same: seamless integration of all external devices with the host computer, courtesy of those celebrated clock signals.

Perfect DAW synchronization notwithstanding, when acting as a standalone master clock generator for hardware-only setups multiclock becomes also a seriously creative tool. Tempo ranges between 30-300 BPM, while time signature settings can be changed from 3/8 to 32/8, so slave machines always start in sync with the downbeat of the next bar. But there’s more… multiclock can cleverly shift all four of its output clock channels — conveniently labelled as channel 01, channel 02, channel 03, and channel 04 — back and forth in realtime against each other and also relative to the master clock.

Up to ±300 ms of Shift Range ensures easy compensation of sloppy slave machine delay and audio buffer latencies can be compensated for by setting a constant Offset calibration for each channel, conveniently leaving more than enough headroom to get into the groove, whether working with or without a DAW (since it is always necessary to compensate for the starting time lag of external equipment). Elsewhere, those shift and shuffle knobs can be configured to emit MIDI Control Change commands, should a user happen to have any unused clock channels available on their multiclock.

According to E-RM Erfindungsbüro CEO Maximilian Rest, “multiclock is not only a perfect synchronization solution for live and studio applications, but you can also use it as an instrument in itself. If you get your hands on this machine, you can start playing with the phase of your sounds, effectively changing the timbre of layered tones or setting the groove between individual drum tracks.”

multiclock is also available with an additional class- compliant USB MIDI module add-on to enable other MIDI commands to be sent from a DAW to external slave devices while still syncing to the sample-accurate audio clock stream. multiclock is now available for €449.00 EUR (Classic version) and €519.00 EUR (USB version) — including 19% VAT.
www.e-rm.de/products/multiclock.php
related items