Soundgarden Super Deluxe version of the band’s Superunknown re-issue features an iOS and Android app that plays the 16 tracks in 11.1 virtual surround sound on everyday earbuds and headphones, using DTS’ Headphone:X technology.
DTS and Universal Music Enterprises (UME) released an exclusive DTS Headphone:X mix of Soundgarden’s landmark album Superunknown, in 11.1 surround sound to fans who purchase the ‘Super Deluxe Edition,’ of the rerelease. Superunknown is the first Rock album to ever be offered with an exclusive 11.1 DTS Headphone:X mix. DTS Headphone:X allows fans to hear the music as if they were sitting in the producer’s chair, in studio with the band. 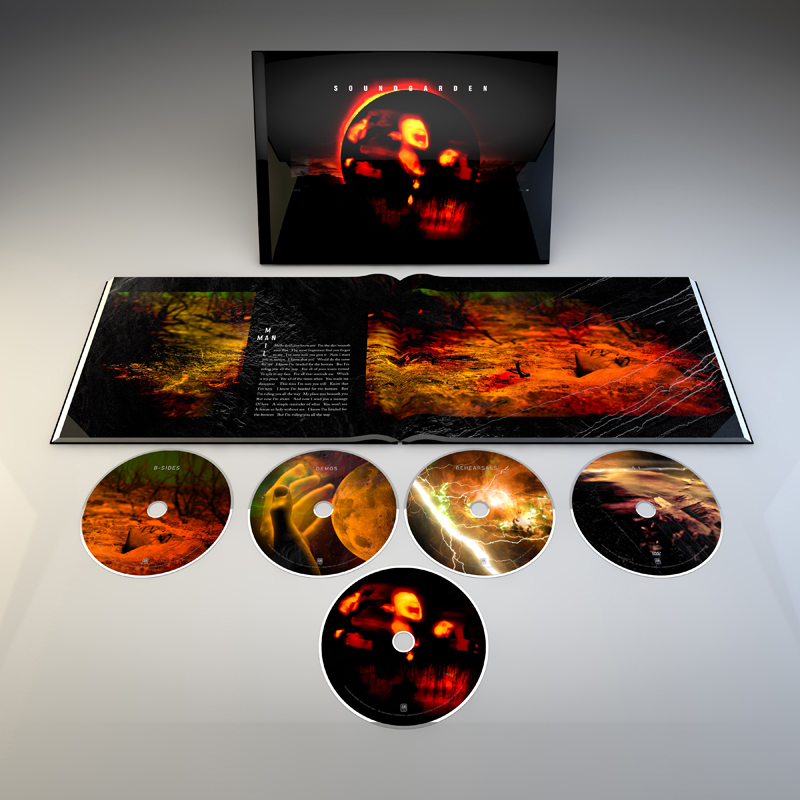 Superunknown is the first Rock album to ever be offered with an exclusive 11.1 DTS Headphone:X mix

This year, Soundgarden celebrates the 20th anniversary of this groundbreaking album with a special reissued deluxe version, available since June 3, 2014 via A&M Records/UME. The Deluxe Edition is a 2-CD package featuring the remastered album along with disc two consisting of demos, rehearsals, B-sides and more. The Super Deluxe Edition is a 5-disc package featuring 4 CDs of the remastered album, additional demos, rehearsals and B-sides and the fifth disc is the album mixed in Blu-ray Audio 5.1 Surround Sound. The Super Deluxe Edition is packaged in an incredible hardbound book with a lenticular cover, liner notes by David Fricke and newly reimagined album artwork designed by Josh Graham. It also features never before seen band photography by Kevin Westenberg. Additionally, fans who purchase the ‘Super Deluxe Edition’ rerelease, will also be able to download the ‘Soundgarden DTS Headphone:X Superunknown 20th Anniversary Super Deluxe Edition’ app on iOS and Android devices. 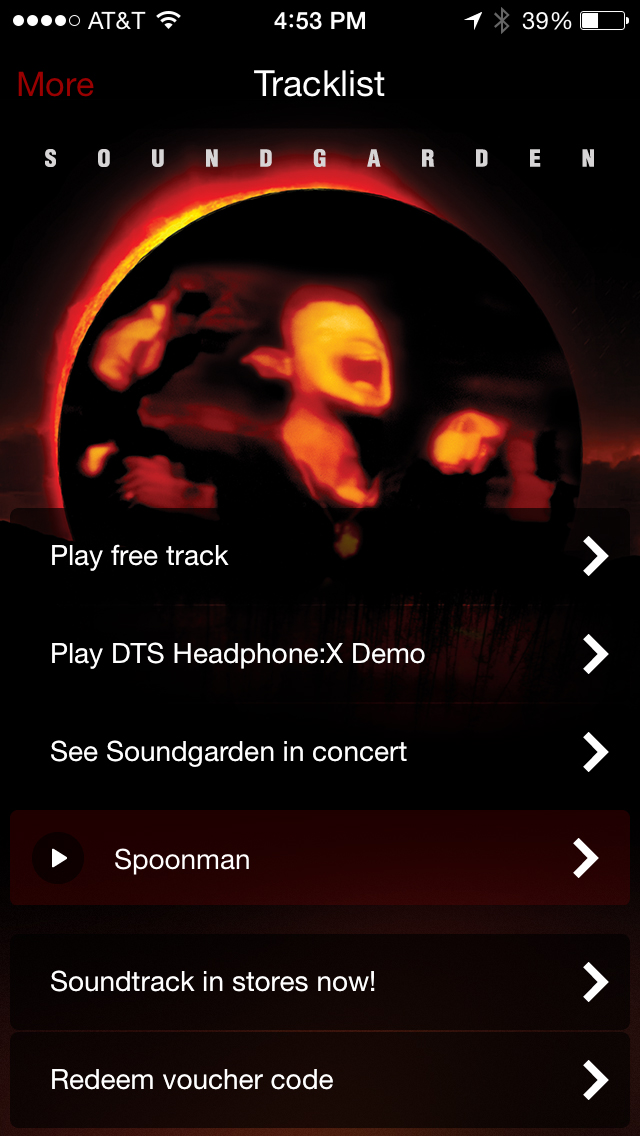 “Bands have been releasing albums in surround sound for years now, but no technology has been able to provide fans with a true feeling of what it was like to be in the studio with the band. That’s why I find DTS’ Headphone:X technology so fascinating. The experience Soundgarden’s fans will hear over headphones is identical to how I heard the mix in the studio when producing the surround sound version,” commented Grammy Award-winning producer and engineer, Adam Kasper.


DTS Headphone:X is an advanced new technology that enables content producers to capture the acoustics of a high quality audio production studio for faithful reproduction on consumer-end products. The technology externalizes and expands sound, so instead of listeners perceiving that the sound is inside their head, as with traditional headphone listening, they experience it as coming from high quality loudspeakers located some distance around them. With benefits for both producers and consumers, the DTS Headphone:X technology presents a whole new way to enjoy entertainment content over headphones.

“DTS is run by music fanatics, and that shared passion for music is made evident through the technologies we develop,” said Geir Skaaden, senior vice president of digital content and media solutions. “DTS Headphone:X is a prime example of a technology that was designed to heighten the enjoyment of music over headphones. By emulating the experience of being in studio with Soundgarden, our DTS Headphone:X technology connects fans with the band in a way that has never before been possible. We are excited to be working with UME to celebrate the 20th anniversary of Superunknown, and to be providing Soundgarden’s fans with an opportunity to enjoy this epic album in a whole new way.”

A taste of this new audio experience can be heard on the ‘Spoonman’ track here: www.soundgardenworld.com/superunknownxdemo (play with headphones).
The album’s DTS Headphone: X app is live on iTunes and Google Play http://www.dts-apps.com/soundgarden
www.dts.com
For more information about DTS Headphone:X, visit http://www.headphonex.com
related items