Head-Fi.org sponsors a series of small headphone shows open to the public, around the world. The latest was held in Costa Mesa, near John Wayne Airport (SNA) outside of Los Angeles in Orange County. CanJam also covers headphone amplifiers and accessories.  It is a great opportunity to try out a number of premium headphones. Because it is open to the public, as opposed to the larger trade shows, it had a more relaxed and casual atmosphere that may remind one why they work in audio in the first place – the sheer fun of it. There were about 60 exhibitors, and more than 1000 attendees at this weekend show. 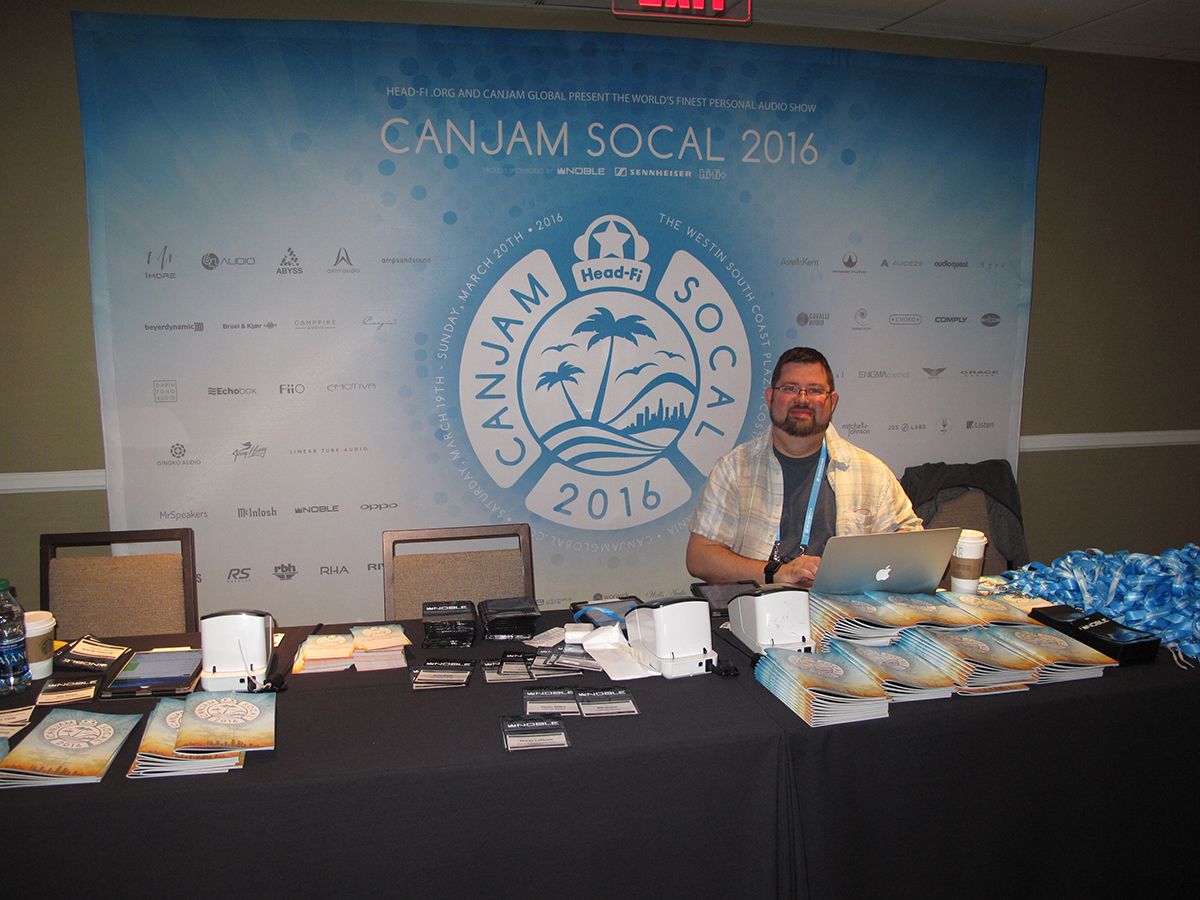 It’s no secret that the headphone market is still rapidly expanding, and the “rising tide is lifting all boats” – meaning more brands continue to pile into the already crowded headphone market. There were many smaller and new or emerging brands, made in the USA, often with decent or good sounding in-ear or over the ear product. There were also many headphone amplifiers, including tube versions.

Jude Mansilla, the founder of Head-Fi.org and organizer of the show, noted that “CanJam was intended to be the living embodiment of the passion for music and personal audio gear we share online at Head-Fi.org. It has grown a lot over the years, both in terms of the number of people attending, as well as the number of places in the world we have them - including SoCal, London, Denver (with RMAF), and Singapore. We want to organize CanJam events everywhere there's enough people, enough enthusiasm to support them”.

Dan Foley of Audio Precision said “This was my first U.S.-based CanJam and I was very impressed with the number of headphone and headphone amp companies displaying their wares. CanJam is a great way for any consumer or technical person involved in development of headphones and related products to see where the industry is presently and where it is headed.”

Here are some highlights, anticipating the full report, which will be featured in audioXpress June 2016.
There were several brands with user-adjustable tuning controls – 64 Audio (in-ears), Jerry Harvey Audio, Torque and Echobox. 64Audio scans an ear impression then uses a 3D printer to print the final custom mold in acrylic. 1More uses silicon coated armatures. There were several audiophile cable and interconnect companies getting into headphones, perhaps inevitable after the huge success Monster Cable had with Beats by Dre.

AudioQuest has expanded from cables to the well-received DragonFly 1.2 USB 24 bit DAC plus headphone amp ($149), and now to headphones: the $599 Nighthawk. To their credit, the company clearly started from a clean sheet of paper and thought through many detailed aspects of the design. Audioquest made innovative use of materials, uses a 3D printed grille, and a transducer more like a speaker driver than a typical headphone driver. 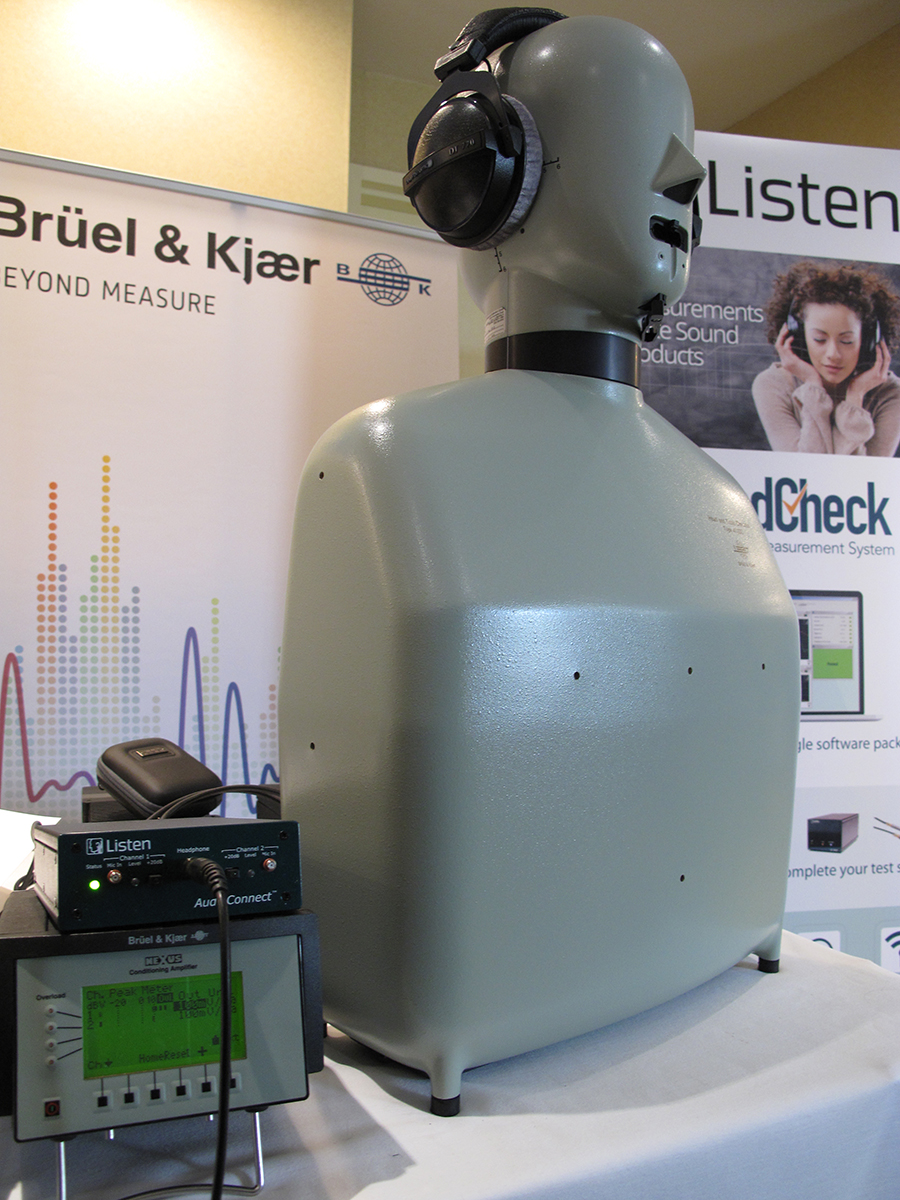 Bruel and Kjaer shared a booth with Listen Inc to offer free measurement of any headphones. A great offer, since the test gear to properly measure headphones is quite expensive. 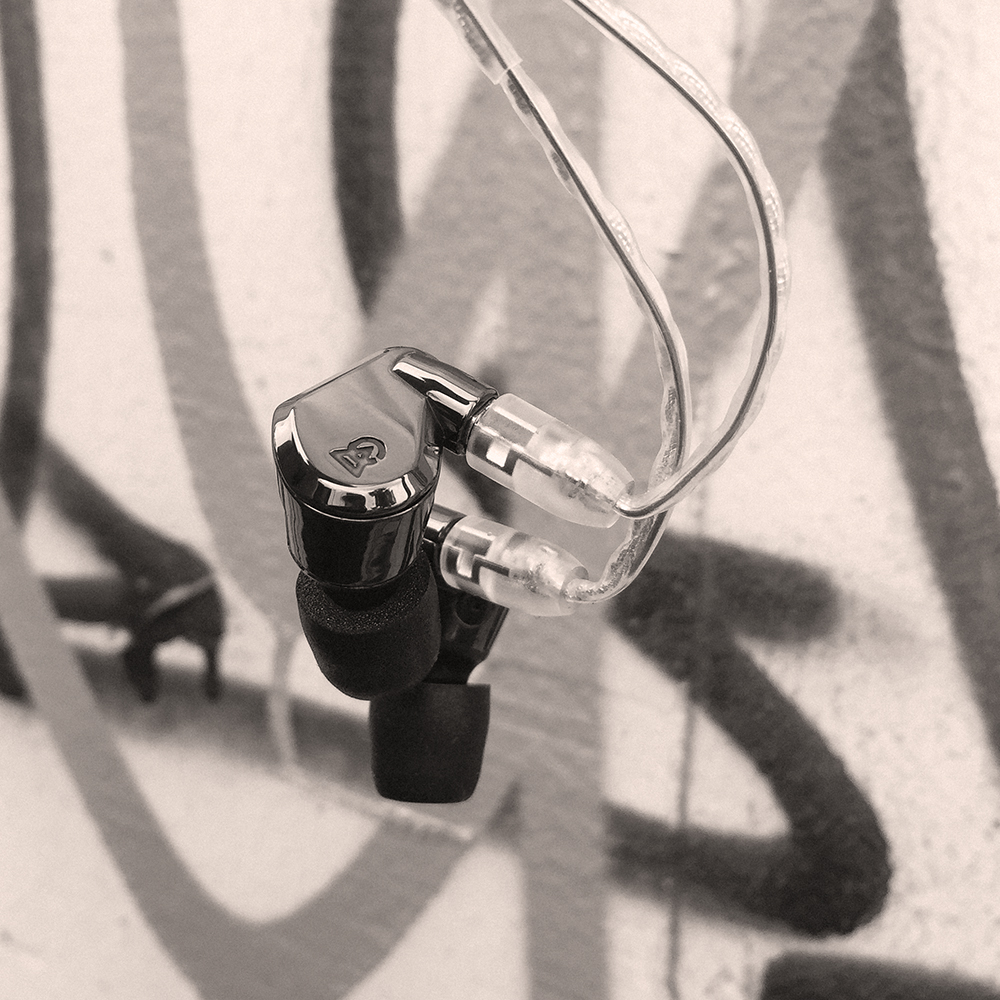 Campfire Audio began as a cable and amp company, ALO Audio. They offer many balanced armature product and one dynamic driver with a vapor deposited (on polymer) beryllium. Vapor deposition has been used in the past for pro audio, in compression diaphragms, but most pro audio applications have moved on to beryllium foil. 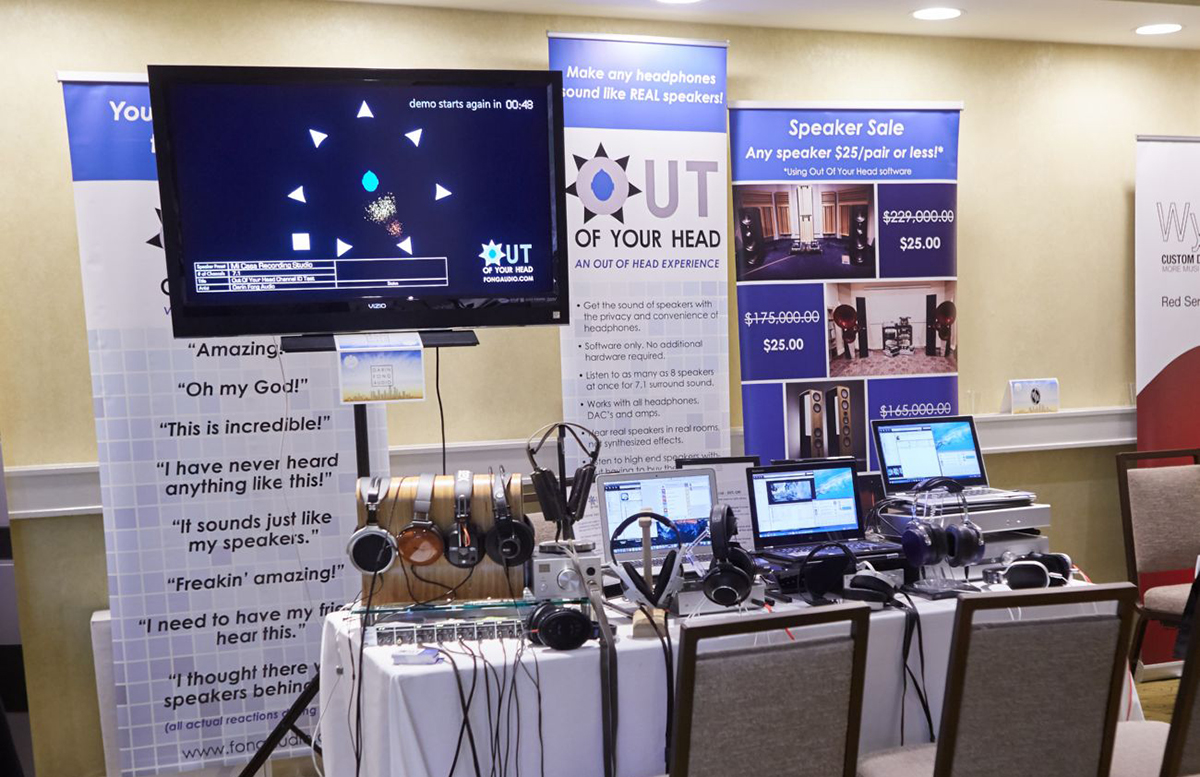 Darin Fong Audio is the developer of Out Of Your Head, advanced audio software that replicates the experience of listening to high-end speakers in a room using only headphones. Out Of Your Head allows the listener to listen to 2 to 7.1 channel audio on different speakers and home theater systems with the affordability, privacy, and portability of just headphones. The sound is no longer inside your head, like conventional headphones — it comes from “out of your head,” as it does when you are listening to speakers and home theater systems. During the demo (downloadable for free) many people turn their heads assuming that the sound must be coming from a speaker behind them. It does get rid of the annoying unnatural localization of many recordings. A new low latency version makes it more suitable for gaming applications.

Echobox offers user adjustable tunings for their nice looking, compact titanium ear buds, and pair it with a portable streaming  audio player aimed at audiophiles. Emotiva has been successful  selling hifi and home theater components, as well as speakers, and is now moving into desktop audio with the Ego USB DAC (big and little versions available), as well as the larger Stealth DC-1 24 bit/ 192 kHz differential DAC with balanced outputs.  Empire ears crams 14 drivers into a pair of in-ear monitors, perhaps a record. 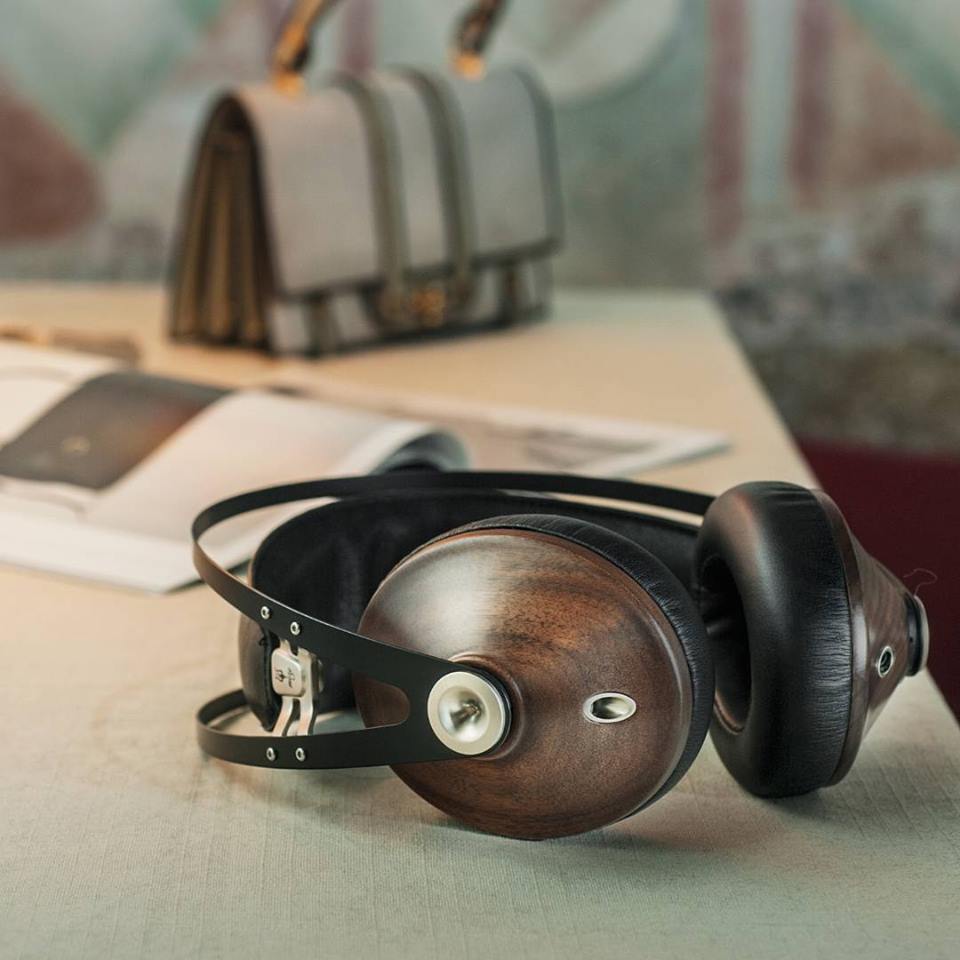 Meze Headphones is a Romanian based high end headphone brand that uses high quality select dried walnut lumber in their headphones and ear buds. The final product looks good, different than the usual plastic materials. It is assembled from nuts, bolts and screws, as opposed to glue joints, so it can be easily repaired if the need arises. On a quick audition it sounded quite good. 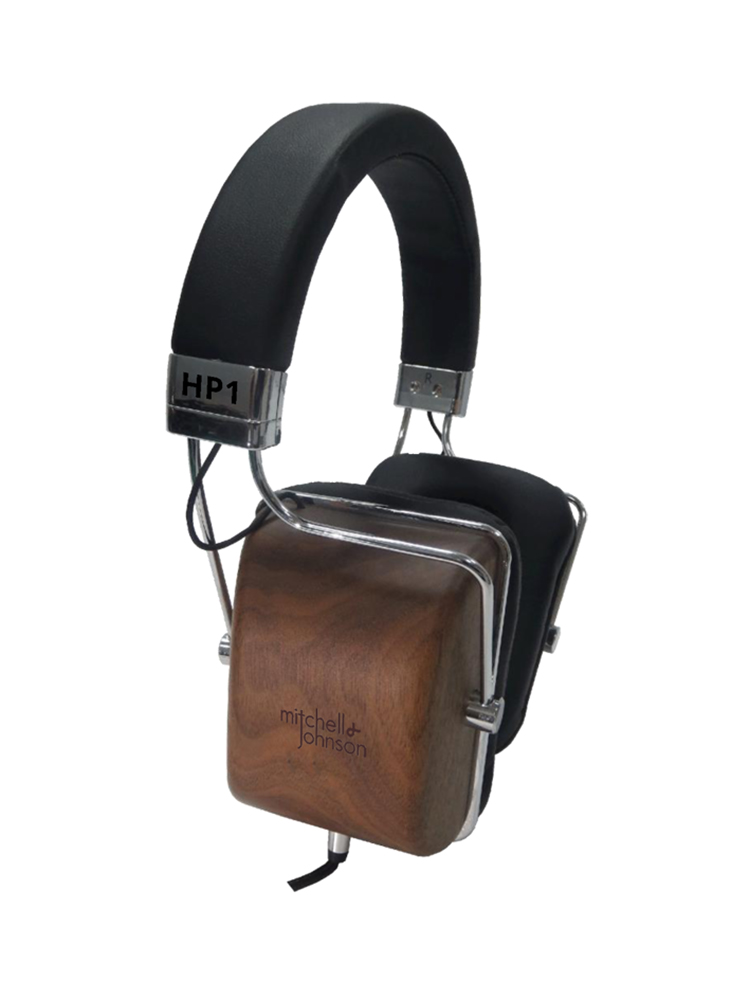 Mitchell and Johnson is a British hi fi company with a hybrid electrostatic transducer and a standard 40 mm dynamic driver.  Like the Meze, it uses a real wood enclosure.

Ossic is a San Diego startup of industry veterans Jason Riggs and Joy Lyons whose ambitious goal is to offer 3D audio and head tracking that calibrates to the listener. This would be ideal for virtual reality and gaming. 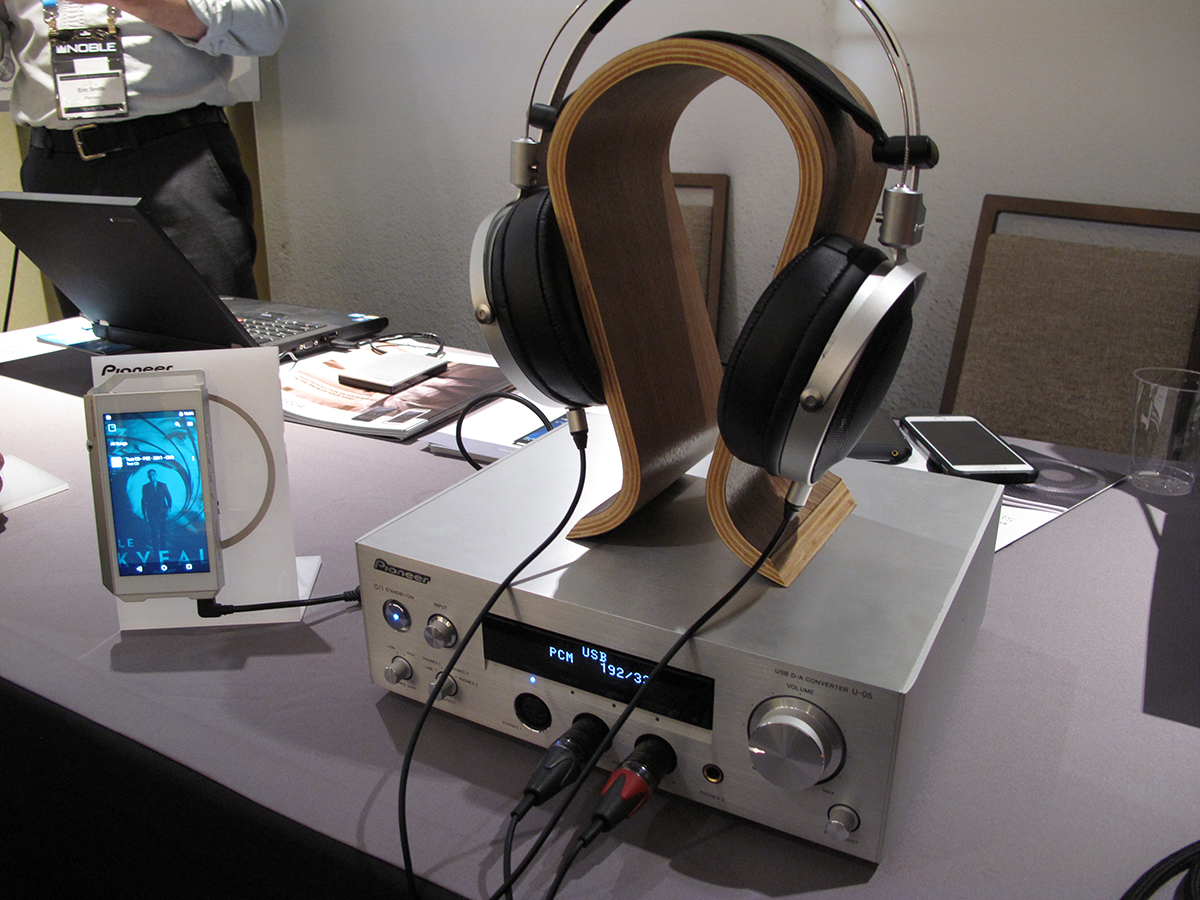 Pioneer brought their new high end headphone, the SE-Master 1 (about $2500), with a 50 mm composite treated aluminum/PEEK diaphragm (poly ether ether ketone). Pioneer paid a lot of attention to detail in this headphone which was clear as soon as the music turned on. The SE-Master 1, partnered with a  Pioneer U-05 headphone amp, sounded very good.

Puro Sound labs sell quality wireless headphones which limit the volume to protect the hearing of users, particularly children.  Surely a worthy goal when so many people are damaging their hearing from excessive playback levels on their headphones and in-ear monitors. Maximum volume levels vary by product, from 85 dBA to 105 dBA.

RBH Sound has been in the traditional audio, custom installation and hifi business for 40 years. They are entering the personal audio business with a pair of over the ear headphones, one wireless model and one using a transducer with a very thin layer of vapor deposited beryllium. They also offer four insert earphones.

Riva Audio showed a Bluetooth portable speaker box that sounded (and looked) very good, either alone or as part of a multi-box system. The company has a strong engineering team that have come up with signal processing that up mixes standard two channel stereo to three channels of amplification, left center and right, for a wider sound stage. On a quick audition, the produce sounded surprisingly good, especially for its small size. 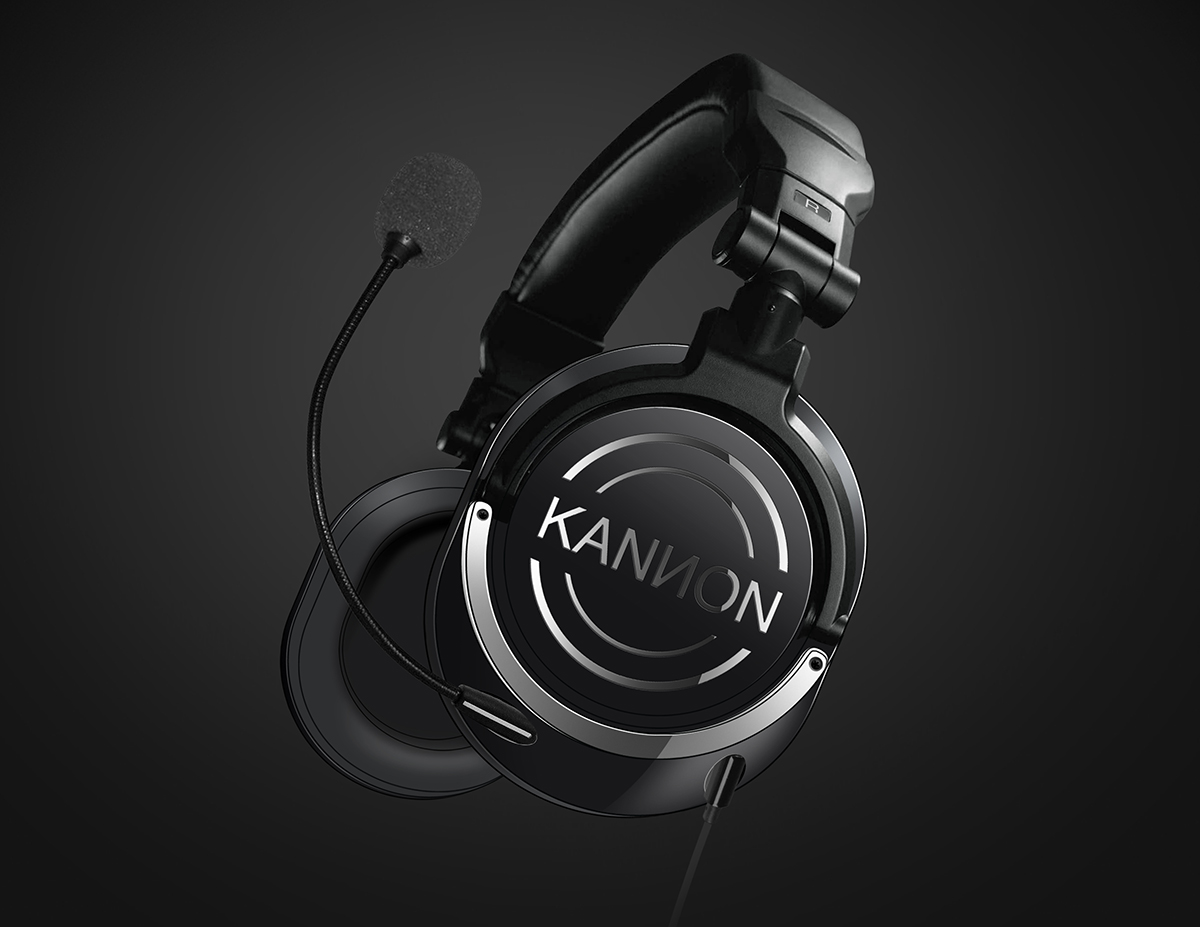 Taction Technology brought their Kannon headphones with a tactile module that vibrates to reproduce bass from 15 to 250 Hz. Torque headphones allow the user to rotate the ear cup and adjust the low frequency tuning of the device, as well as choose smaller or larger ear cushions. The in-ear product is also user adjustable.

CanJam was a fun show that had enough real content to be interesting and worth attending, without being overwhelming and a bit impersonal like the larger shows, CES and the Hong Kong Electronic Fair.
www.canjamglobal.com/canjam-socal-2016
related items