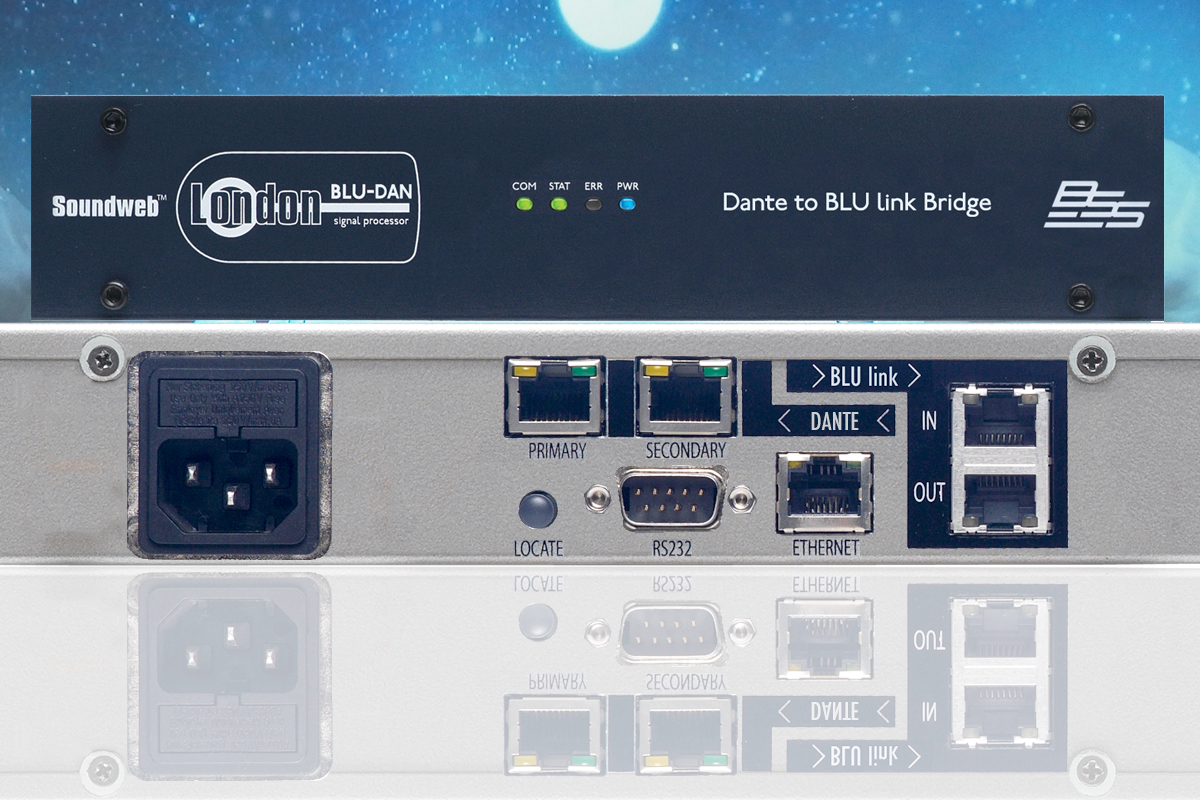 The BLU-DAN connects a Dante device to one or more BLU link devices via standard Cat 5e cabling. It is capable of simultaneously transmitting and receiving up to 64 channels of Dante audio (64 x 64). Primary and secondary ports are provided to ensure fault tolerance and control is provided through a separate Ethernet port. The BLU-DAN’s BLU link connectivity is a low-latency, fault-tolerant digital audio bus with 256 channels.