“I was excited to collaborate with Audionamix on developing the innovative ADX VVC plug-in. It’s unprecedented for any plug-in to provide volume and pan control for a vocal from within a track that is already mixed and mastered. I look forward to our next collaboration.” said Guillaume Jeulin, Founder and CEO of Blue Cat Audio.

Using the same state of the art technology as ADX TRAX, the VVC plug-in automatically separates a master recording’s vocal track from its accompanying music track. Users can then intuitively adjust the volume and pan positioning of the vocal or melodic parts to streamline workflow in post production, broadcast, advertising and marketing industries. This functionality makes it possible to achieve creative solutions to common post production and broadcast challenges such as maintaining proper relationships between dialog and vocals of background music during mixdown, as well as volume adjustments to vocal or solo instrument parts during mastering or re-mastering when no separate stems are available. 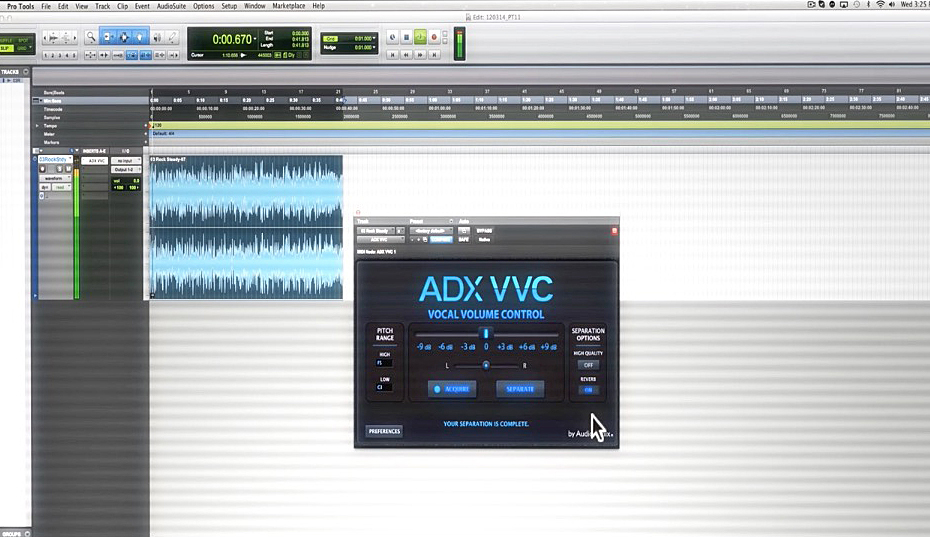 The ADX VVC plug-in uses Audionamix’ cloud-based ADX technology to separate the voice including its reverb from the original recording, with volume and pan control of the vocal from its accompanying music bed. It works well with mono and stereo files.

Watch the video to see how the ADX VVC works.
related items