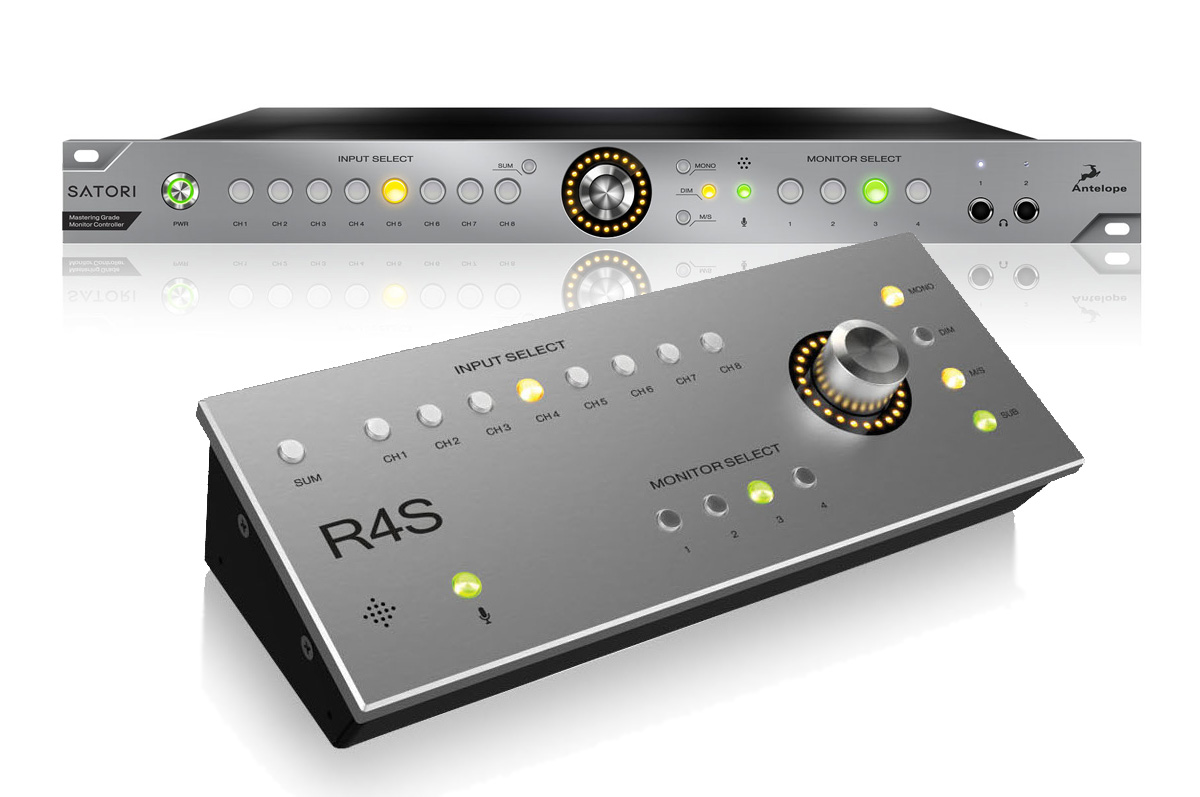 Antelope has chosen Summer NAMM to make the international debut of the R4S Remote Control — a flexible, USB-powered companion to the Satori monitoring controller, shipping soon for only $299. The R4S puts all the functionality of the Satori monitor controller at the user’s fingertips, making it easy to access source and speaker selections, volume level, summing, stereo effects and even talkback.

Satori is a true analog monitoring and summing system. A Japanese Buddhist term referring to enlightenment, Satori was designed with Antelope’s renowned relay-controlled stepped attenuator, extremely versatile connectivity options and a great selection of stereo effects such as mid-side monitoring. This advanced monitoring controller is equally suited to both commercial and project studios and expanded upon the acclaimed design architecture of Antelope’s Eclipse 384 mastering AD/DA and monitoring controller.
Surpassing most monitoring controllers, which offer one or two headphone outs, Satori features four independent headphone amps ready to provide several band members their own, unique input feed with independent volume control. Satori’s headphone drivers are audiophile-grade and are the same as those used in Antelope’s premium line of high-end home audio converters, able to drive both low and high impedance headphones.

The new R4S remote controller expands those possibilities in closer proximity to the user during critical monitoring operations and allows for fast switching of the full set of options, including talkback via the built-in mic. The unit has a small footprint and ergonomic design, which makes it easy to fit in the often-limited space of the work desk.

The Antelope Ecosystem
In addition to the official launch of RS4, Antelope conducted regular presentations of the entire Antelope Ecosystem which includes the Orion32 multichannel AD/DA - the first 1U 32-channel audio interface and a multi-channel portable interface with 12 mic pres - the MP32 mic pre, the Pure2 mastering converter, as well as Zen Studio and the new MP8d — which made its first U.S. appearance at Summer NAMM.
antelopeaudio.com
related items