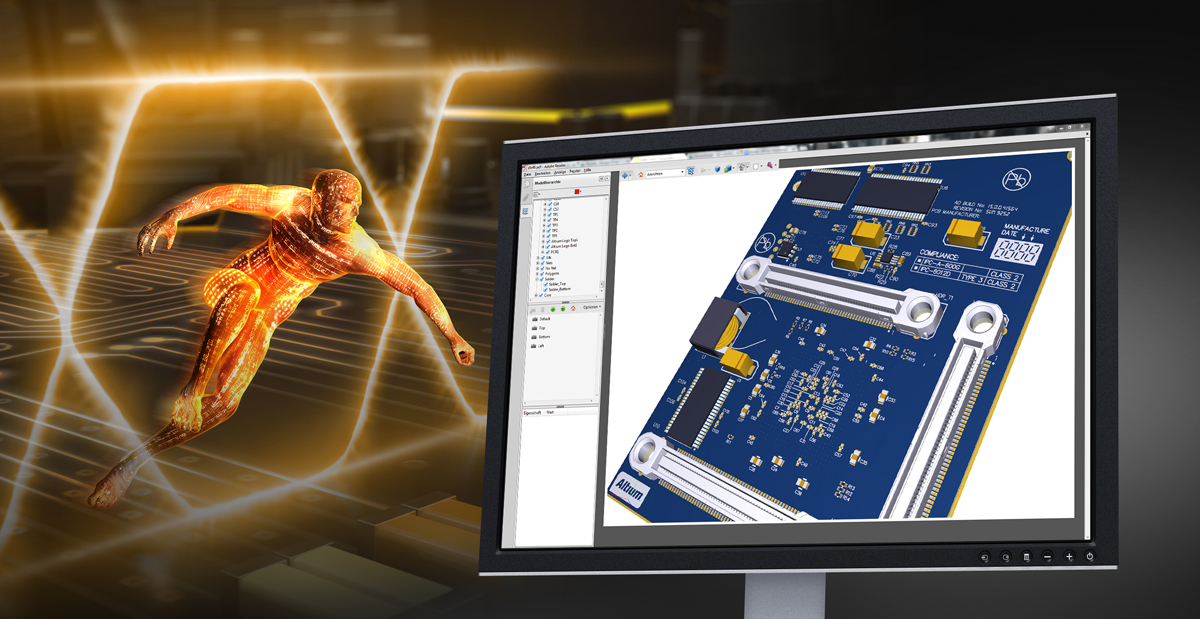 “We’re pushing productivity and high-speed design features further than we ever have before,” said Jason Hingston, CTO at Altium. “With Altium Designer 15.1, we remain committed as ever to expanding our core expertise in making the most productive and efficient design software for the complexity demanded from today’s electronic designs and the needs of engineers.”

Specifically, Altium Designer 15.1 adds features to enhance the productivity of the high-speed design process even further, with a wizard for xSignals that helps save time on configuring length-matching rules, and the addition of bikini coverlay support for rigid-flex designs, allowing to easily add support layers to flexible designs that can be viewed in 3D and configured with user-specific materials.

The introduction of 3D PDF output documentation in Altium Designer 15.1 makes it easy for anyone on the team, designer or not, to view a PCB design in 3D from any compatible PDF viewer. Additional design re-use tools are also being added for increased productivity when managing pads and vias as reusable libraries in PCB designs. Padstacks will allow a user to define templates for different sized pads and vias in specific groups being used on a board, saving designers time by no longer having to define pad and via sizes individually.

A full listing of all the new features in 15.1 will be released in the coming weeks on the Altium Designer product page. Altium Designer 15.1 is scheduled for public availability in April and will be free for Altium Subscription customers.
www.altium.com
related items