We didn’t see this coming… The “World's Greatest Rock ‘n’ Roll Band of All Time”, The Rolling Stones cooperate with Adam Hall and present a strictly limited cable line on the market. The guitar cables include specially gilded Rolling Stones Neutrik XLR and 6.35 mm jacks and an exclusive version of the silentPLUG.
“The most famous Rock ‘n’ Roll Band of All Time, unanimously agreed across the generations, the Rolling Stones was formed in 1962. Whether in the studio or live on stage their songs, tours and performances are legendary.” That’s how Adam Hall’s press release about the launch of the new signature cable series starts. 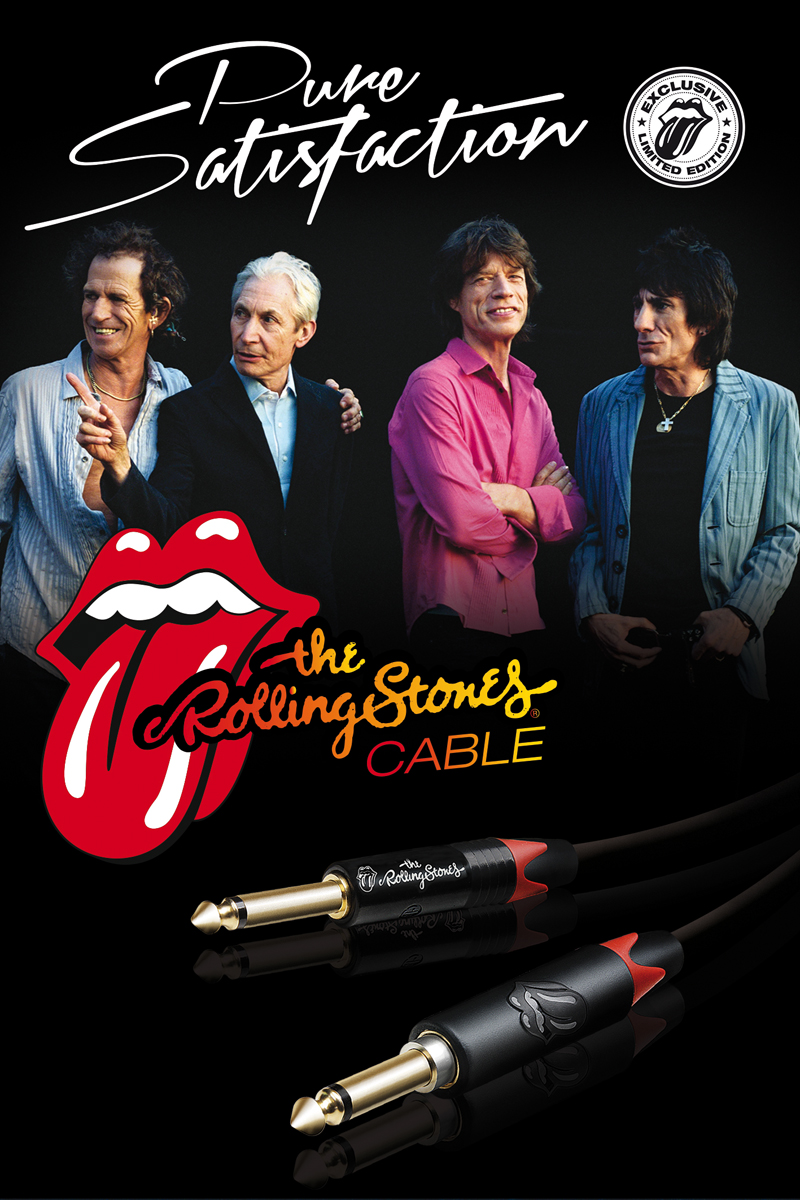 As Adam Hall explains, “these outstanding qualities represent an excellent opportunity to design a joint line of cables. It bears not only the band’s name, but also conveys the high standard demanded by the Band that is perfectly suited to the needs of every musician. In the development of the cable, in addition to an undistorted sound transmission, the longevity was also a key objective.”

According to the information provided by the German brand, the “flexible yet robust” Rolling Stones guitar and microphone cables are double shielded with copper spiral shield and aluminum; they have a very low capacitance and “are assembled to perfection”.

In cooperation with Neutrik, the complete series features specially gilded Rolling Stones XLR and 6.35 mm jacks and also includes among other things, an exclusive version of Neutrik’s silentPLUG.

“The collaboration with the Rolling Stones and Bravado (a division of Universal Music Group who handles merchandising rights) is the first in a series of exciting product launches and collaborations, with which we will consistently expand our range of cables over the next few years,” says Adam Hall CEO Alexander Pietschmann.

As of now, The Rolling Stones Cables by Adam Hall are available as a Limited Edition in various lengths and are in stores for a short period of time.