German company Fiedler Audio launched the first dedicated professional reverb effect app for iOS devices. Providing a unique set of tuning parameters and vast sonic spectrum, the AD 480 Reverb app is a valuable tool on any live or studio situation, with the added advantage of portability on the iPad and iPhone.
Fiedler Audio launched the AD 480 Reverb Version 1.26, the latest professional reverb effect for iOS devices. The application brings the dense and warm reverb sound that makes great records and epic live sound available for iPad and iPhone. The AD 480 Reverb algorithm is inspired by the sound of the sought after studio reverb units that were only available for the big budget recording studios and major touring acts. 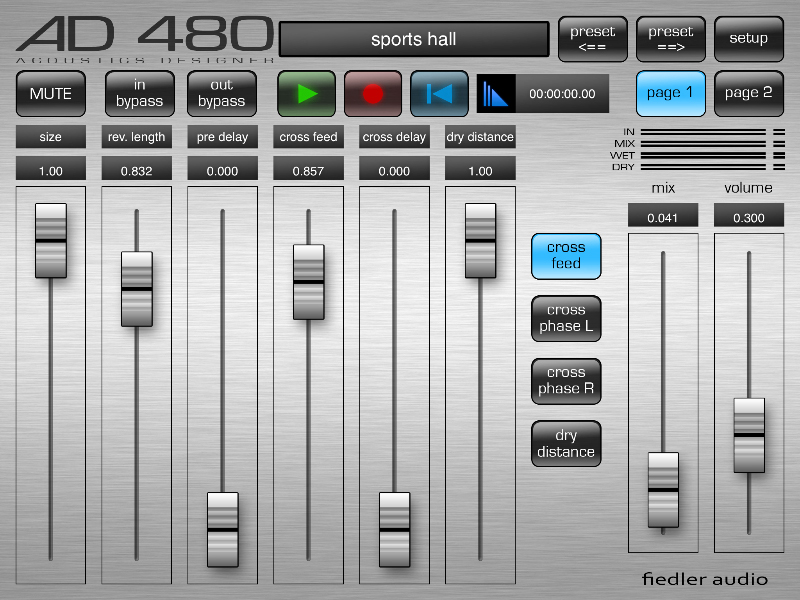 Fiedler Audio was founded in 2013, dedicated to the creation of professional music and audio software for mobile devices. Thomas Fiedler, born in 1977, graduated as audio engineer (Diplom Tonmeister (favm)) and is the founder of Fiedler Audio. Since his childhood he put his heart into music, computers and technology. From 1984 to 1997 he learned playing piano and 1987 he started with programming computers in various languages (Basic, Pascal, C/C++, Assembler). After graduating from school he studied two years physic and then changed to audio engineering at the HFF “Konrad Wolf” in Potsdam Babelsberg (University for Cinematography and Television). During his studies and after graduation he worked as a sound designer for well-known music software firms and as a recording, mixing and mastering engineer for numerous international artists. He made his diploma by producing a 5.0-surround recording of piano solo at the Berlin Philharmonics and by creating a modular software synthesizer for 5.0-surround. 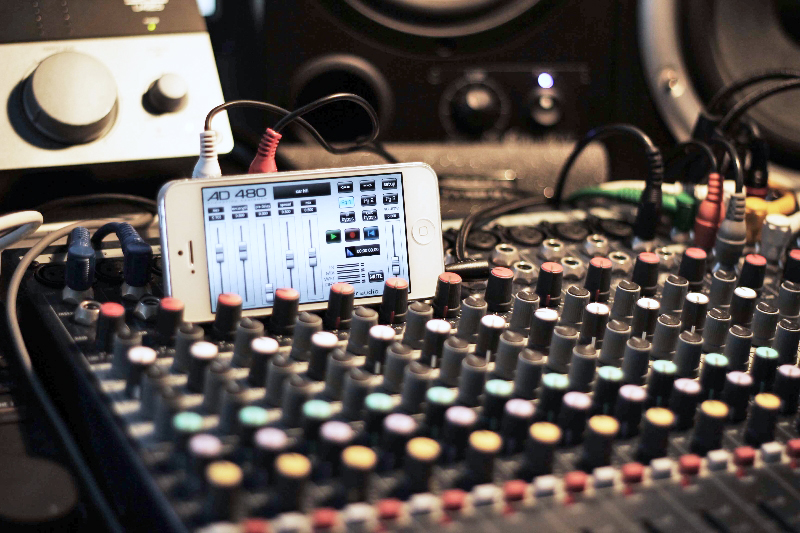 The AD 480 Reverb app is capable of simulating a great variety of acoustic spaces and its parameters allow shapping sounds in many different ways. The Parameter “size” allows us to practically choose an “algorithm” – a set of reflections – from a continuous range of values corresponding to a certain room size and thereby providing a lot more freedom than other reverbs with fixed “algorithms” (room sizes). Powerful filters shape the sonic color of the reverb tail and the “cross feed” function enabling control on the directional behavior of the reverb tail according to the panorama angle of the input signal.

The user interface is designed for today’s touchscreens and provides quick access to all parameters. The extremely responsive faders and buttons are all multi touch enabled and their sizes correspond to the dimensions of real human hands. 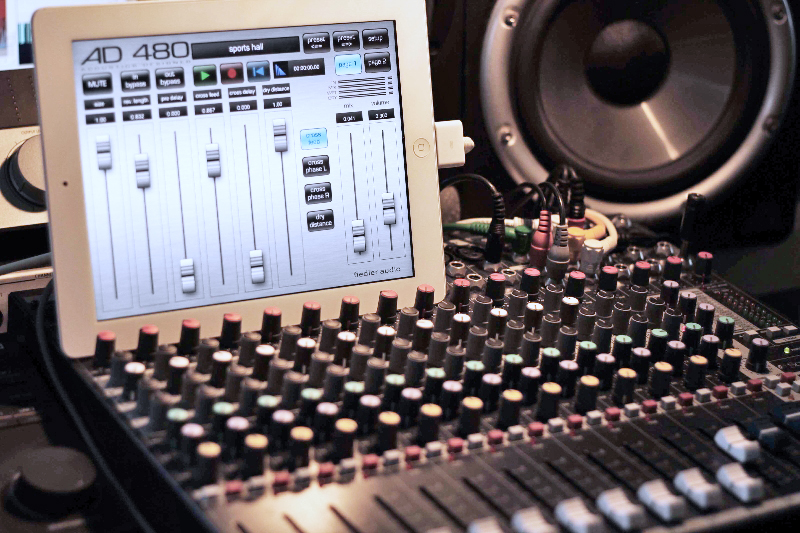 Finally, the AD 480 pro is the flagship of the three AD 480 Reverb units and comes with 108 presets covering a broad spectrum of reverb types. It has a professional preset management for MIDI routing, audio routing and reverb parameters. The input and output routing matrix enables you to route your audio signal individually to and from up to 24 inputs and 24 outputs of an external USB or MFi audio interface. So far this is unique to an effect app. For low light environments the AD 480 pro offers a special graphics mode (iPad only). Via MIDI we can fully remote control / automate all the parameters of the AD 480 pro with sample rates from 44.1 kHz up to 96 kHz and latencies down to 64 samples.

Another unique feature among mobile apps is the Dynamic Upgrade method allowing to run up to three separate AD 480 pro Reverbs simultaneously by automatically upgrading AD 480 free and AD 480 basic to pro features when AD 480 Reverb pro is present on the iDevice. Other new key features are the support of Apple’s new Interapp Audio, recording and playback inside the AD 480 Reverb and import, export and offline processing of audio files. Preset files can now be shared among different instances and users by accessing them via Itunes Library Access.