Since the 2007 debut of the iPhone shifted much of the audio industry’s attention to headphones, we’ve seen the emergence of countless headphones and earphones claiming outstanding sound quality. Yet, our ability to judge these claims has been impaired by outdated tools. The design of many devices used to measure headphone performance dates back to an era when “portable audio” meant a boombox, and consumers used headphones mainly so they could listen without bothering others.

The new RA040X ear simulator represents part of an effort by G.R.A.S. Sound & Vibration to update headphone measurement equipment to suit the needs of today’s headphone industry. Most current headphone measurement equipment relies on an ear simulator designed in accordance with the International Electrotechnical Commission (IEC) 60318-4 standard, updated in 2010 but based on the IEC 60711 standard established in 1981. In 1981, high-fidelity headphones barely existed. The focus of IEC 60711 was hearing aids, in which speech intelligibility is paramount and other concerns are much less important.

However, these ear simulators have a high-Q nuisance resonance centered at roughly 13.5 kHz (see Figure 1), which corresponds with the length of the main cavity inside the ear simulator (and which does not occur in the human ear canal due to its irregularities in shape).

With hearing aids, speech intelligibility is the main concern and an artifact at 13.5 kHz is of little importance as the human voice has insignificant harmonic content in this range. Thus, the performance of 711 ear simulators is specified only up to 10 kHz. According to the abstract for IEC 60381-4: “Due to resonances in the acoustic transfer impedance of the occluded-ear simulator above 10 kHz, high measurement uncertainties, e.g., in the order of 10 dB, can occur in earphone responses.”

Because the resonance of the ear simulator chamber is determined in part by the distance from the microphone diaphragm to the headphone under test, the frequency of the resonance drops when the headphone under test is further away from the mic diaphragm. It can also change if the ear simulator is mounted in a test fixture that has its own artificial canal. These changes make high-frequency measurements even more problematic because it’s difficult to know at which frequency the resonance will occur, and thus, difficult to compensate for it.

Yet, the proliferation of headphones and earphones claiming high levels of audio fidelity has created an increasing need to accurately measure the response of headphones and earphones above 10 kHz. When we listen to music through headphones, we experience significant content up to 20 kHz — and perhaps even above 20 kHz, if we are listening to high-resolution audio formats with bandwidth that stretches beyond 40 kHz.

Fixing the High-Frequency Problem
Some engineers have responded to this need with home-grown solutions, such as mounting a standard measurement microphone in a hole drilled in a flat plate and pressing the earpiece of the headphone under test against the plate. I’ve tried these solutions myself, but I’ve encountered two problems that limited their utility. First, because these measurements are not standardized, they can be used only for relative comparisons with other headphones measured using the same jury-rigged piece of equipment. Second, they produce measurements that do not correspond with, and can’t be accurately spliced with, measurements produced using a 711 coupler.

Like many of the engineers, technicians, and reviewers using 711 ear simulators, I’ve learned to largely ignore the results above 10 kHz. When readers occasionally contact me to express concern about, say, a 17 kHz response peak in a headphone frequency response plot I’ve published on the SoundStage website or the other publications for which I’ve reviewed headphones, I can do little but suggest they disregard the top octave of my frequency response plots—which of course raises the question of why I publish such data.

G.R.A.S. Sound & Vibration designed the RA040X ear simulator to produce more meaningful and useful measurements above 10 kHz (see Photo 1). Unlike the G.R.A.S. RA0045 ear simulator that many reviewers, engineers, and scientists use, the RA040X (available as the externally polarized RA0401 or pre-polarized RA0402) incorporates acoustic damping intended to reduce high-frequency resonance. G.R.A.S. claims the 13.5 kHz resonance is reduced by 14 dB without significantly affecting response below 10 kHz. The RA040X is a “drop-in” replacement for the RA0045, compatible with the 43AG ear/cheek simulator I use as well as with the 45BB KEMAR manikin and other G.R.A.S. test fixtures.

Eager to find a reliable method of measuring the high-frequency performance of headphones, I asked G.R.A.S. for an RA040X sample I could compare with my RA0045. My priority in these tests was frequency response measurements. I wanted to see if the RA040X could produce consistent, meaningful results from which I might eventually be able to draw conclusions about a headphone’s performance above 10 kHz—conclusions I could justify to readers and defend against the criticism that often appears in the comments sections of websites and social media pages.

I considered seeing what effect the RA040X might have on my measurements of the active noise cancellation (ANC) capabilities of the headphones, but the measurement method I use employs ambient pink noise played at 85 dB SPL and starts with a reference response curve taken from the RA0045/43AG with no headphone attached, so it incorporates (and thus ignores) the RA0045’s 13.5 kHz resonance. Thus, the RA040X wouldn’t improve these measurements.

The Tests
Eager to see the differences between the RA0045 and the RA040X as quickly as possible, I grabbed a 1More Triple-Driver in-ear monitor (IEM) that happened to be sitting on my test bench, and measured its frequency response first with the RA0045 and then again with the RA040X, using their steel coupler tubes rather than the 43AG ear/cheek simulator. (I chose to measure an earphone first because it’s easier to get consistent positioning of the earphone in the coupler than it is to get consistent positioning of a headphone on the 43AG.) I connected both ear simulators directly to my Audiomatica CLIO 10 FW analyzer (see Photo 2). A Musical Fidelity V-Can headphone amplifier was used to drive the headphones, and the 43AG sat on a platform isolated on an elastomeric suspension to minimize the effect of ground-borne vibration on the measurement. Except as otherwise noted, I used the CLIO’s logarithmic chirp stimulus for the measurements.

The difference in response between the RA0045 and the new RA040X was easy to see (see Figure 2). With the 1More Triple-Driver in-ear monitor, the main high-frequency resonance of the RA0045 was apparently shifted down to 8.5 kHz. Substituting the RA040X reduced this resonance by -9.6 dB. Using the RA040X also damped weaker high-frequency resonances centered at 11.7 kHz and 15.1 kHz by -1.2 dB and -4.1 dB, respectively, and reduced overall response between 10 and 20 kHz by -1.8 dB on average.

G.R.A.S. says the response of the RA040X at midrange and low frequencies matches that of the RA0045. I noticed that the primary resonance of the units, centered at 2668 Hz, was -1.0 dB lower with the RA040X. Whether this is due to normal unit-to-unit variation or to innate response differences between the two units, I can’t say without testing more samples. There was also a slight difference in the measured bass response, which is likely the result of minor positioning differences of the 1More Triple-Driver IEM in the ear simulator’s steel couplers.

I then tried measuring a circumaural (over-ear) model, the Sony MDR-7506 professional headphone (see Figure 3). This measurement proved less illustrative, as the variability of placement of an over-ear headphone on an ear/cheek simulator and simulated pinna  resents enough acoustical variables that precise repeatability of measurements becomes difficult. The result shown here represents the best match I was able to achieve in the midrange, from about 300 Hz to 2 kHz.

In this case, the characteristic 711 ear simulator resonance is evident, centered at 13.3 kHz, and damped by -7.9 dB when the RA040X is substituted for the RA0045. (The high-Q dip centered at 14.7 kHz is almost certainly an artifact created by a minor positioning variation of the headphone on the 43AG.)

However, with the circumaural headphone, the difference between the RA0045 and RA040X seems less pronounced than with the in-ear model. I assume this is because the much larger and more irregular acoustical space between the headphone’s baffle and the microphone diaphragm (a space which also incorporates the KB5000 simulated pinna) reduces the effect of the ear simulator’s resonance. The overall effect is a response reduction averaging about -2 dB above 2.7 kHz.

Normally I set my CLIO 10 FW for a sampling rate of 48 kHz, which with the CLIO allows a maximum measurement bandwidth of about 22 kHz. Considering the increased interest in measurement of above -20 kHz frequencies spurred by the audio industry’s recent promotion of high-resolution audio downloads, I decided to switch the sampling rate to 96 kHz to see what effect the RA040X would have on such measurements.

Figure 4 shows the effect of the RA040X’s damping (besides the fairly strong damping of the approximately 13.5 kHz resonance) can perhaps best be characterized as a general reduction in response by an average of -3.5 dB between 10 and 44 kHz. Many, perhaps most, of the headphones I measure show no significant harmonic distortion even at extremely loud levels. However, the 1More Triple-Driver IEM does distort measurably, so I used it to see what effect using the RA040X would have on my distortion measurements. I decided to again use the CLIO’s 96 kHz sampling rate to extend the distortion measurement bandwidth up to 20 kHz.

The level of the sine stimulus signal was set by playing pink noise from the CLIO and adjusting the level to reach 100 dBA, which corresponds to an extremely loud listening level. I use this level because most headphones can reproduce it without significant distortion, but perhaps one out of five models cannot.

Here, I expected the 8.5 kHz resonant peak from the RA0045 that showed up the 1More’s original frequency response measurement to reappear as a false harmonic and produce elevated distortion measurements at 4.3 kHz, 2.8 kHz, and 2.1 kHz.

However, the expected artifacts did not appear (see Figure 5). And while some differences did appear in the harmonic distortion sweeps when the RA040X replaced the RA0045, they seem spurious and could easily be attributed to minor positioning differences of the headphone under test in the ear simulators’ steel couplers.

Conclusions
Measurements of headphones and earphones at frequencies above 10 kHz is in its infancy, but it appears to me that the G.R.A.S. RA040X will help improve this situation. The internal damping G.R.A.S. has added clearly helps reduce the magnitude of the main chamber resonance of the ear simulator, which should produce above-10 kHz measurements that, while not perfect, are certainly more trustworthy.

I hope the emergence of better equipment for high-frequency measurement of headphones spurs new research into how variations in above-10 kHz response affect the subjective perception of headphone response. I would also like to see how well above-10 kHz measurements with ear simulators correspond to the response of human ear canals, which varies considerably at frequencies above 10 kHz due to variation in the shapes of the canals. At this point, the RA040X seems a little like the first transistor: Something likely to inspire important work in the future, but that will take some time to fully appreciate. aX

This article was originally published in audioXpress, March 2018.​ 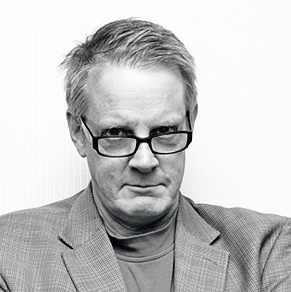 About the Author
Brent Butterworth has been a professional audio journalist since 1989, and has measured and evaluated thousands of audio products. His headphone measurements and reviews currently appear on soundstage.com and wirecutter.com. He has served as editor-in-chief of Home Theater and Home Entertainment magazines, contributing technical editor for Sound & Vision magazine, senior editor of Video magazine, and reviews editor of Windows Sources magazine. He has also worked as marketing director for Dolby Laboratories, and as a consultant on the design and tuning of speakers, subwoofers, and headphones.
related items