A Funny Thing Happened on the Way to Pono…

Working in conjunction with the cross–platform PonoMusic World application, PonoRevealer enables real–time playback comparison of lossy and lossless versions transcoded from the same HRA parent. As I’ve said before; if you can’t hear a difference, it only means you are not able to hear a difference, your ancillary playback gear is subpar, or you’re refusing to admit that which you cannot explain.
Derided by mainstream media and interweb bloviators without a shred of audio credibility or expertise, the PonoPlayer went from an overpriced exemplar of conspicuous consumption prior to delivery to an outstanding example of careful engineering and innovative product management once buyers got to actually listen. Once thought of as a pure physical manifestation of artistic hubris, this little yellow Toblerone has proven itself to be arguably the finest example of an affordable, portable HRA player available: the Walkman for our decade.

Running on a FOSS platform, Android to be specific, PonoPlayer has had its functionality upgraded twice since I received mine early in the delivery process. The first was when the player acquired the ability to natively decode DSD data, and the second was the recent addition of PonoRevealer. Working in conjunction with the cross–platform PonoMusic World application, PonoRevealer enables real–time playback comparison of lossy and lossless versions transcoded from the same HRA parent. 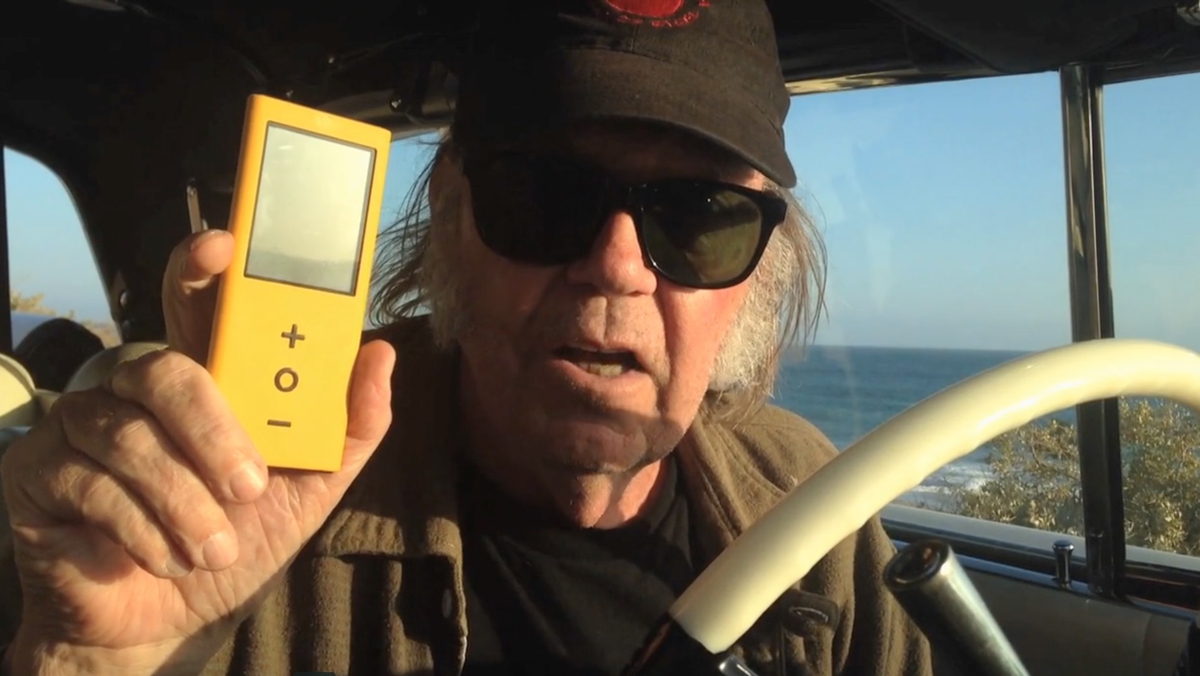 PonoMusic provided a multi–rate, multi–format version of the Neil Young chestnut, “Heart of Gold,” to use as an out-of-the-gate comparison. Rather than succumbing to the “I can’t hear it (any difference between HRA and low-resolution versions) so you’re a fool” argument so common these days, PonoRevealer lets everyone shut up and simply listen. As I’ve said before; if you can’t hear a difference, it only means you are not able to hear a difference, your ancillary playback gear is subpar, or you’re refusing to admit that which you cannot explain. 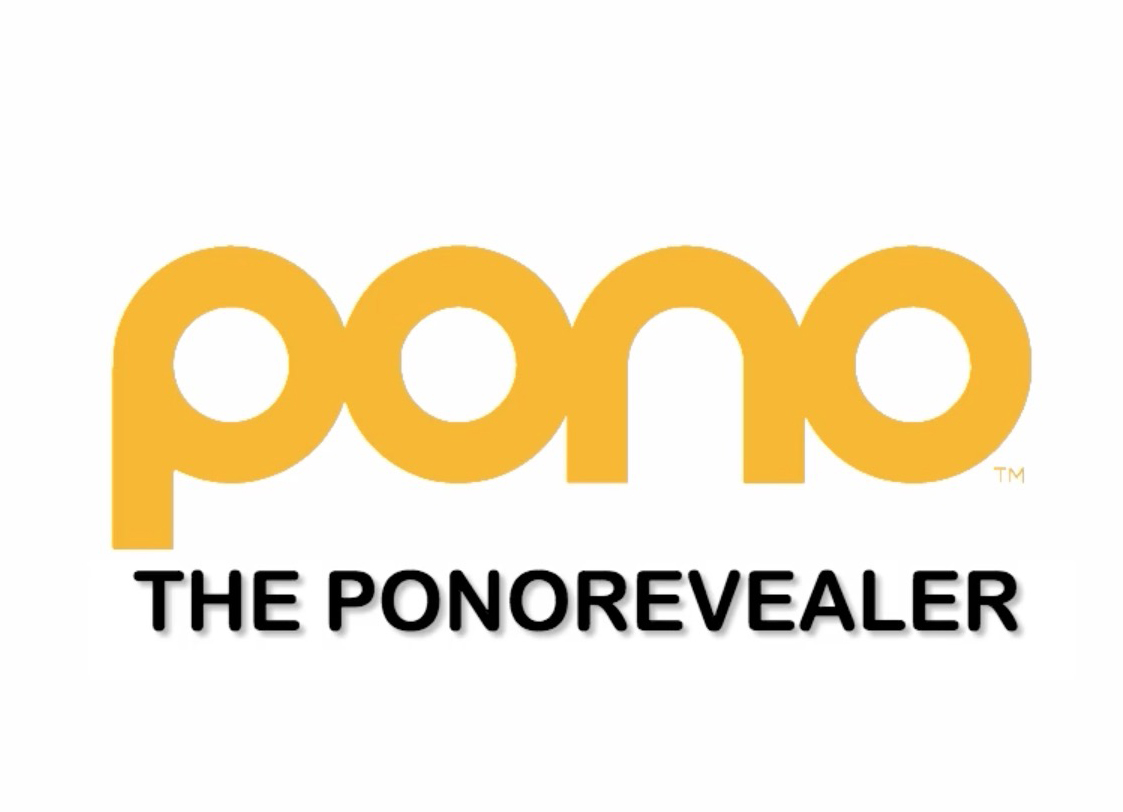 Since the PonoPlayer is a highly resolving product, one of the sticking points of HRA comparisons is eliminated. In a minimalist playback configuration, all you need for exceptional sound quality is a Pono and a high-quality pair of on, over, or in–ear headphones. These days, flat subjective response, very low distortion, and broad bandwidth are fairly easy to obtain in a reasonably priced set of cans. If you think that $500 to $1,000 is an outrageous amount of money to spend on headphones, consider what a hi-fi set of loudspeakers, cabling, and a Class-A power amp would set you back. Bearing that in mind, investing in a PonoPlayer and nice cans from Alclair, Audeze, Noble, or Sennheiser doesn’t seem so ludicrous. Besides, headphones take the room out of the equation, making listening anywhere an exercise in exactitude.

Okay, back to PonoRevealer. Using it is easy enough. If you’re content with a 1972–vintage transfer from analog tape, then you can start with the PonoMusic–supplied “Heart of Gold” in 256k MP3, 256k AAC, plus 44.1k/16, 96k/24, and 192k/24 LPCM. Unfortunately, that track is barely of sufficient fidelity and complexity to let you hear the difference that progressively tossing out more and more data produces. I would rather they had used a modern, high-quality, born–digital track recorded at 176.4 LPCM, but anyway, simply select one or more tracks in the appallingly bad PonoMusic World interface, then fire off the Create Pono Revealer (sic) Track command. The app will SRC the parent file down to lower sample rate PCM, transcode to lossy versions, and move the whole file package onto the player for comparison. 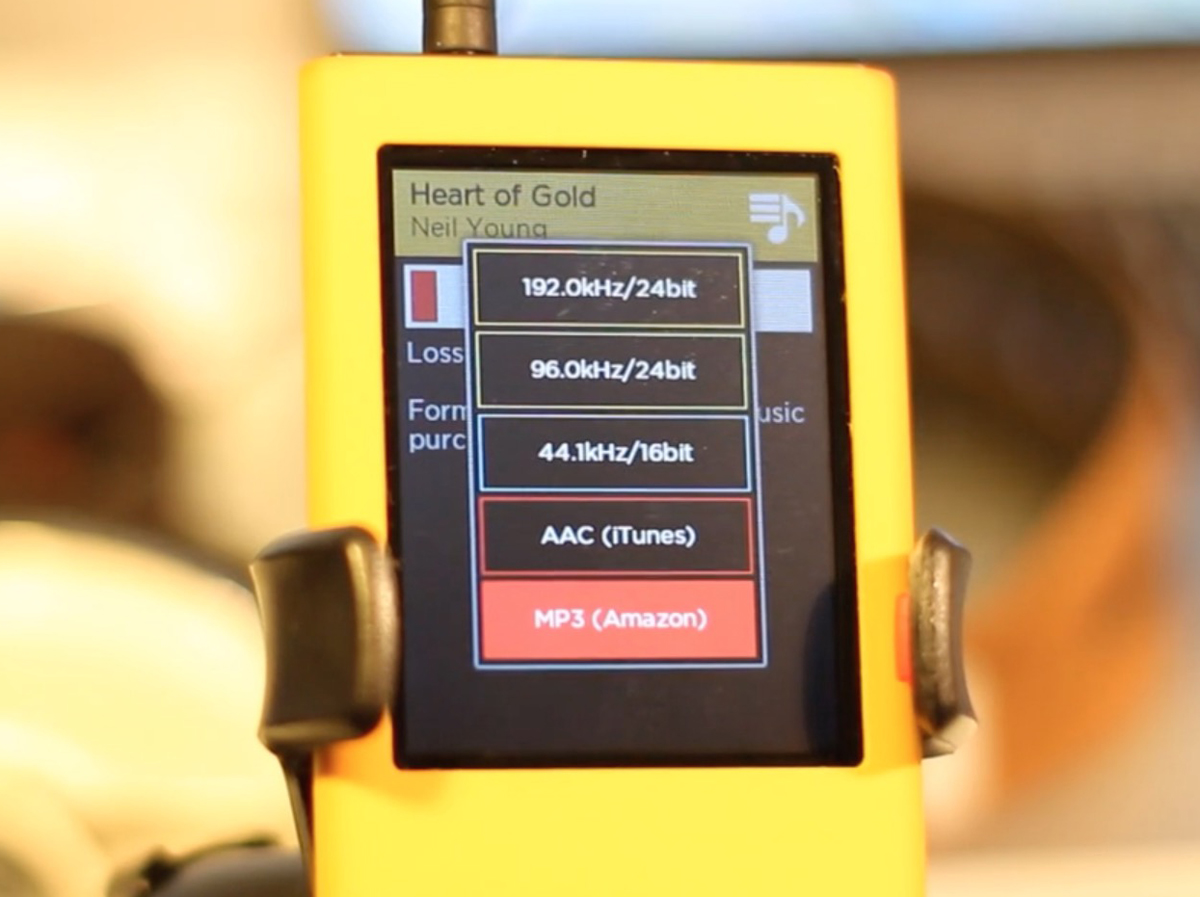 On the PonoPlayer, there’s a special tab just for PonoRevealer. Selecting and playing a package starts playback of the MP3 and enables a SWITCH RESOLUTION button. That function lets you pick the resolution/format in real time, without interrupting playback.

This is the first time the functionality previously available only in the AURoundTripAAC AU plug–in or Sonnox’s Fraunhofer Pro–Codec has been placed in the hands of the average audiophile. With such a simple but powerful tool, consumers can now refine their critical listening skills while informing future purchasing decisions and empowering them to better navigate the sometimes murky waters of audiophilia. Rock on, Pono!
www.ponomusic.com
related items