You Can DIY! The TERESA Amplifier

This article was originally published in audioXpress, November 2014. 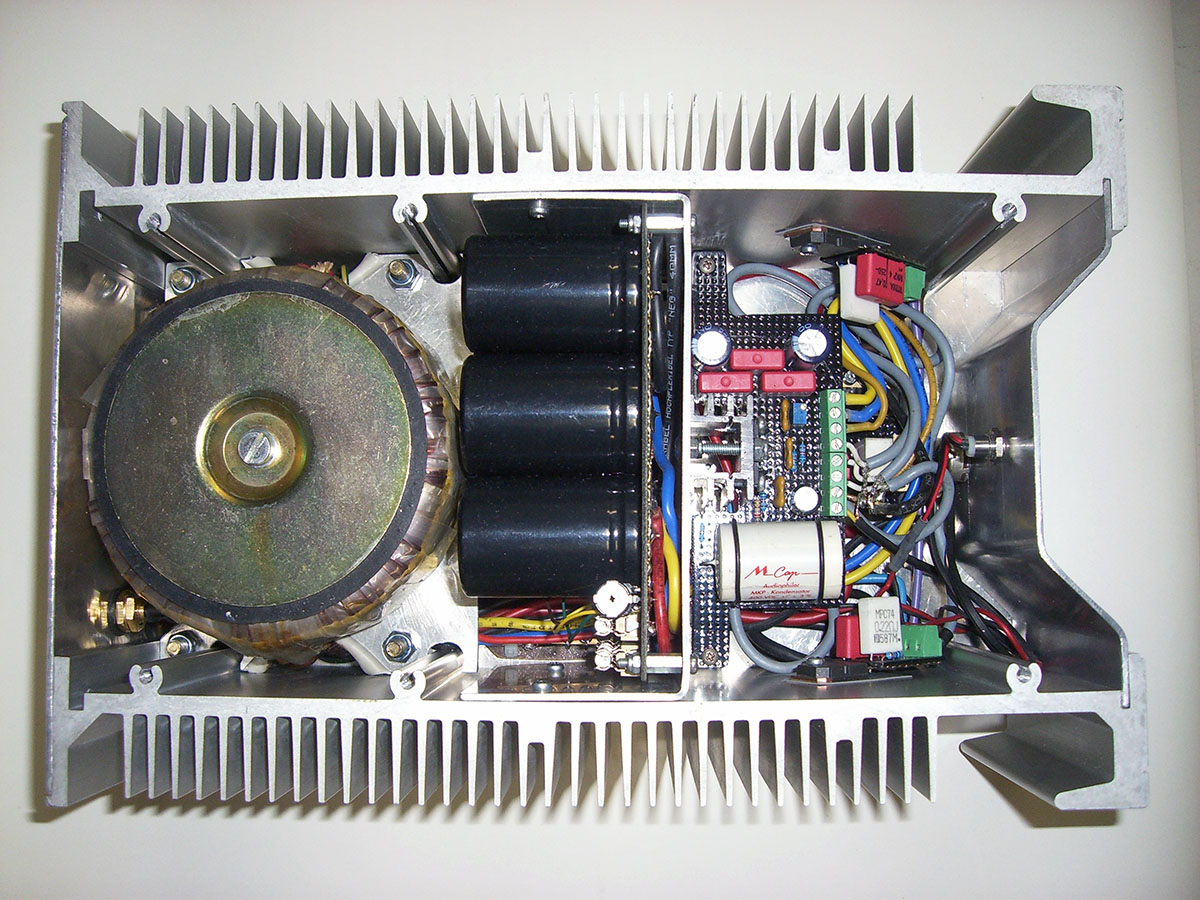 The initial idea for this amplifier came from my own wish, as an engineer, to build an amplifier at least once in my life. But if you have spent all your working life in the world of microcontrollers and their programming, you are no better prepared for such an adventure than any other analog layman. In total, I spent about two years researching, building, and improving my TERESA amplifier.

For my first attempt, I used classic Hitachi MOSFETs — the 2SK1058 (N-Channel) and the 2SJ162 (P-Channel). I also used a National Semiconductor (now Texas Instruments) LM4702 high-end stereo drive part. This worked quite well. You can find the circuit in the example application notes for the LM4702 (AN1490, AN1645). Jack Walton’s article “High-End 120-W MOSFET IC Driven Amp,” (audioXpress, July 2007) also provides information on the LM4702. 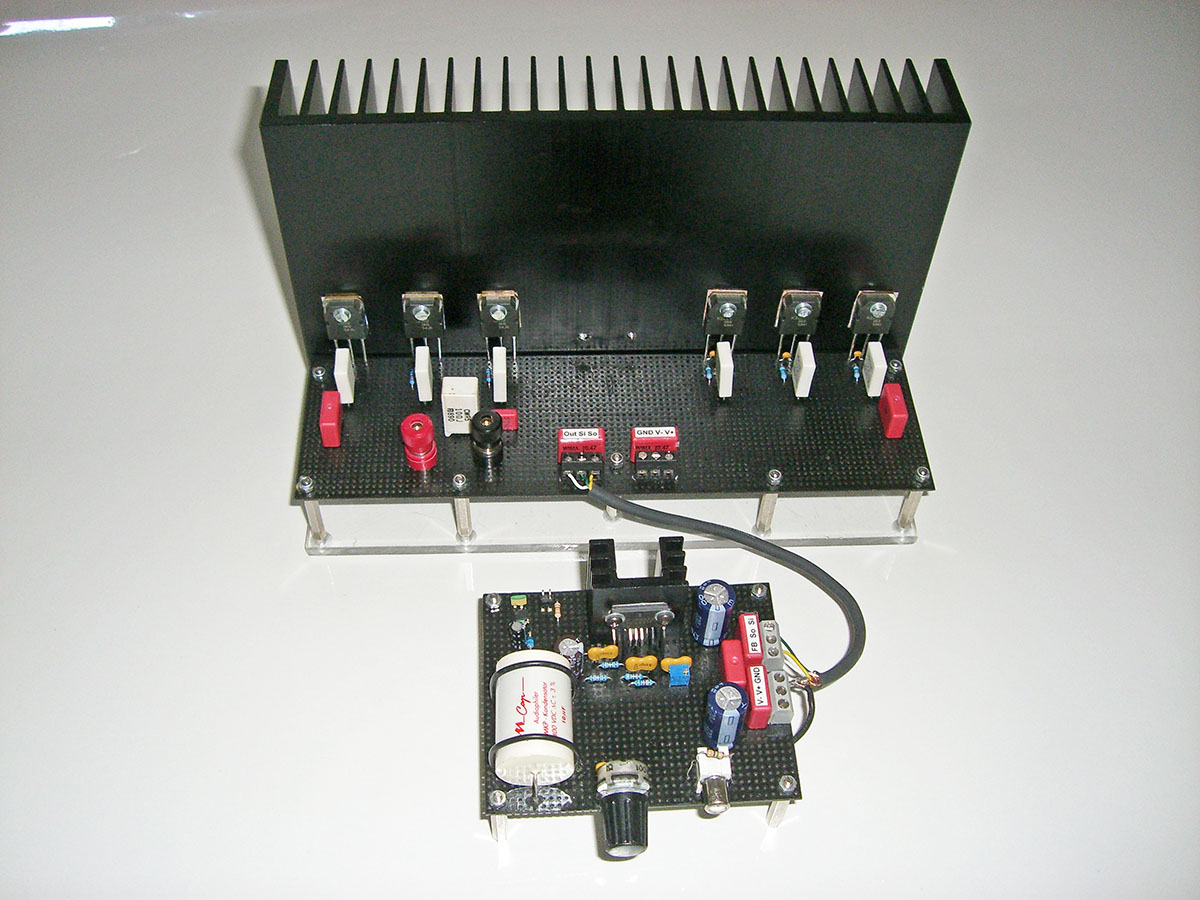 During my second attempt, I used techniques that I learned from the first build, coupled with my natural curiosity. Apparently, no one has combined Renesas’s relatively unknown audio MOSFETs 2SK2221/2SJ352 with Texas Instruments’s LME49811 premium mono drive part. I also found that the oscillation tendencies often attributed to MOSFET amplifiers seem significantly less with this combination. If you are fond of loud music, I should mention that the new driver part delivers about double the gate drive power to the MOSFET output stage (per channel). This is less important for an amplifier with one or two pairs of output MOSFETs but if you use three or more pairs, you have enough gate drive power to easily exceed 500-W output power. 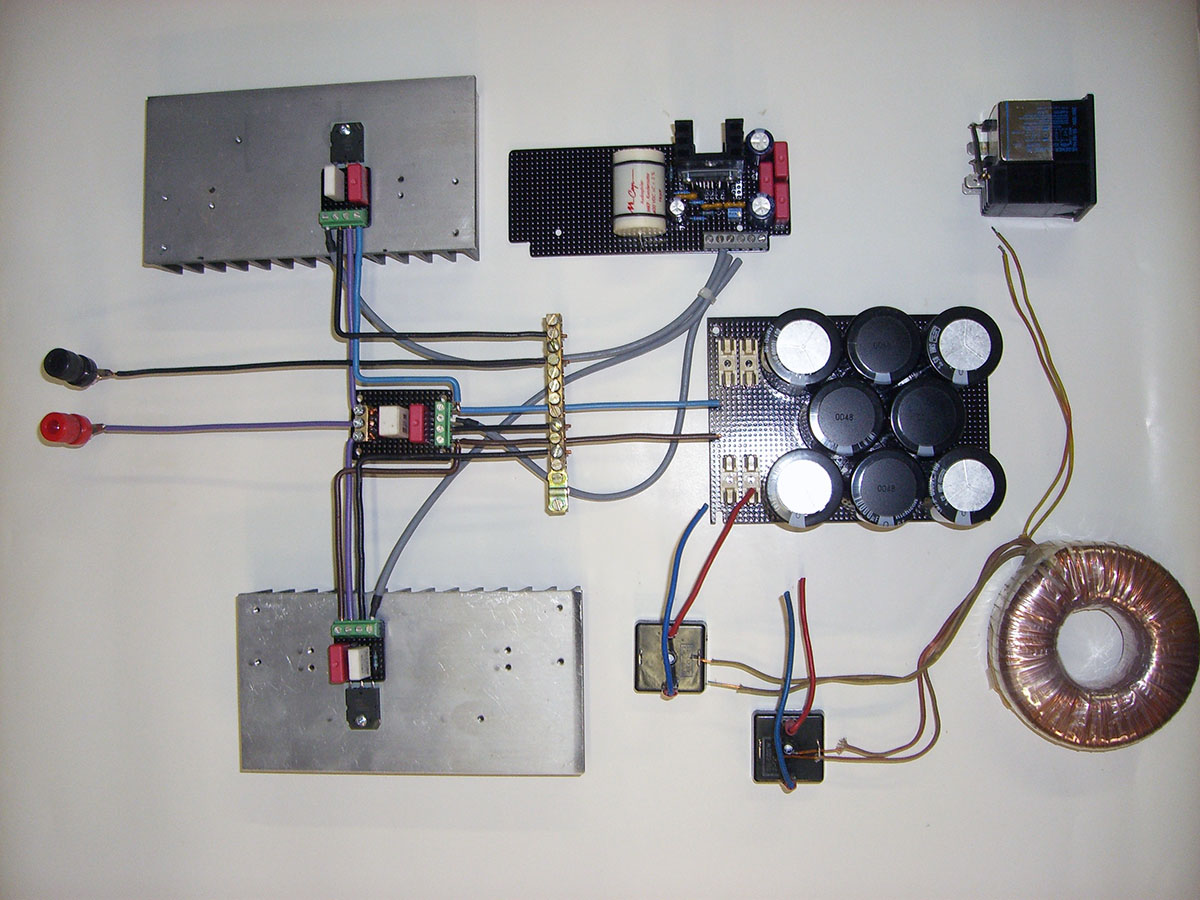 The new MOSFETs can also deliver slightly higher output currents of 8 A vs. 7 A for the previous types. However, TERESA’s quality should not suffer from the power specifications. The LME49811, with its 0.00035% distortion specification, is well suited for this application and will help the amplifier reach professional audio quality (i.e., the amplifier’s relevant parameters). High-quality connectors, capacitors, trimmers, resistors, and wiring also make this a successful project. Several output pairs can be cascaded. The choice depends on the amplifier’s expected use. 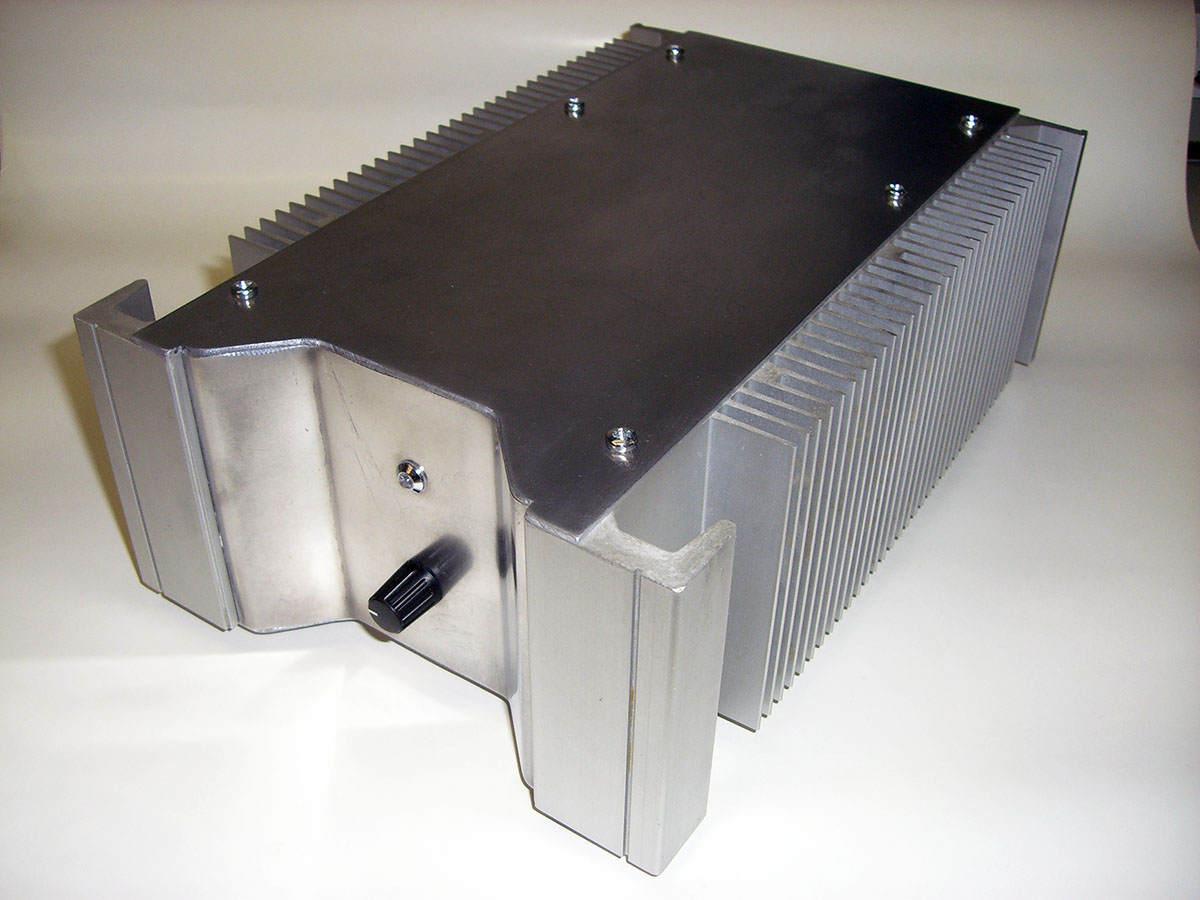 The basic amplifier with a single output pair configuration will have about 10-to-15-W idle dissipation, and can, with ±50 V supplies, deliver about 200-W sine wave power in 8 Ω. The goal is to produce an affordable high-quality project with the simplest possible design. With only a few exceptions, all the resistors are 1%, 0.25-W metal film types. In a few places, silver-mica capacitors have been used. These have good properties for audio applications. All the silver-mica capacitors are 30 pF, which will make sourcing easier. Also, all the capacitors on the LME49811 should be placed as close as possible to the IC pins.

Download the full PDF as attachment below.
Attachment
The TERESA Amplifier
TERESA is an acronym for the manufacturers Texas Instruments (TE) and Renesas (RESA) because these companies provided the parts for the core of this amplifier. In this article, I used the latest Audio-MOSFETs from Renesas and a relatively new high- end drive component from National Semiconductor (now part of Texas Instruments). The result is worth seeing and hearing! This simple and cascadable Class-AB design with professional audio qualities does not require any special experience in detailed analog circuit technology to build.
Download attachment
related items